Is digital currency finally moving from mania to mainstream?

In the past few weeks, Bitcoin — the most widely used digital or virtual currency — has “gone parabolic,” as financial market watchers like to say, soaring from a value of $800 to $1200, then rapidly losing half as much as half its value after a Chinese exchange stopped accepting yuan deposits.

Despite the volatility, Bitcoin and other virtual currencies have captured the world’s collective imagination. Not so much for their use, but more for what the emerging phenomena say about the global economy, government-issued fiat currencies and central bank policies.

To true believers — and even some academics and wealth managers — investors should hold Bitcoin in addition to gold and other alternatives to help diversify their existing portfolio of investments.

But not so fast, say others. It’s a volatile and unproven currency, often fluctuating more than 10% in one day.  The US dollar? Fractions of a percent. Same for the euro, the Japanese yen, the British pound. Even gold’s rapid decline in 2013 has been measured on a daily basis, aside from a 9% drop on April 15.

So, should consumers be joining the digital currency revolution, and holding Bitcoin alongside other alternatives like gold?

Not exactly. But the increasing volume of alternative, cross-border currency is still worthy of attention. Even legitimate currency strategists from both Citigroup and Bank of America Merrill Lynch have attempted to tackle Bitcoin’s place in the world. But there’s also broad concern.

A hearing on the “risks, threats and promises” of virtual currencies was recently held by a US Senate committee. The People’s Bank of China has moved to bar financial institutions from Bitcoin transactions. Other central banks — in France and South Korea, for example — have issued consumer warnings on Bitcoin, cautioning buyers and merchants that its volatility could undermine its utility.

Still, for many people, the lure of Bitcoin and other alternative currencies may be too much to ignore. Treading cautiously — and understanding the pitfalls — is key to mitigating your risk of getting burned.

“Technology is a tremendously disruptive force in society, and it knows no boundaries,” said Nicholas Colas, chief market strategist for broker ConvergEx, in reference to the advance and hype around Bitcoin.

How, exactly, does digital currency work?

Created in 2009, Bitcoin are finite (21 million will ultimately exist) and can be transacted in units as low as one “Satoshi” or 0.00000001 BTC, as Bitcoin are abbreviated. Bitcoin are created and recorded on a decentralized computer network, which work together to verify the “mining” of new Bitcoins and cross-reference and record any Bitcoin transaction.

Bitcoins move from one owner to the next when each party to a transaction sends (and confirms) an exchange. It could be anything from an online purchase to an international money transfer to settling a sports bet. Transactions are then verified across the network, to prevent double-spending of Bitcoin.

As described by a Chicago Federal Reserve primer, Bitcoin and other digital currencies are “inherently fragile” because there’s no way to gauge actual value or price. Buyers and sellers of the currency can debate its value or one side can simply chose not to accept it as payment. The value of official currencies, also called legal tender, is not ever in dispute.

Early on, Bitcoin was used to pay software programmers for their time and effort developing Bitcoin protocols, but its use has extended to general merchandise, online gambling, and, until recently, an intricate illegal drug-dealing network called “The Silk Road.”

So far, though, no major retailer has opened up their cash registers for volatile digital currencies. So the currency is used mainly by  an ad hoc network of small buyers and sellers, although their numbers are growing.

Bank of America Merrill Lynch FX and Rates Strategist David Woo attempted to divine a fair value for Bitcoin, triangulating its usage in e-commerce and money transfer and its use as a store of value. Woo pointed out that Bitcoin’s volatility undermines its role as a medium of exchange — that is transactions plummet as volatility rises.

In spite of this, Woo wrote in his note that Bitcoin’s low transaction costs can make it attractive: it is inherently a peer-to-peer currency system and doesn’t require banks or other financial intermediaries to take their cut on transfers or storage. Its encrypted format also makes it more impervious than cash to theft or counterfeiting, he said. That said, Bitcoin exchanges have been hacked and suffered network outages, resulting in wild price fluctuations and stolen Bitcoins.

“The combination of legal tender status and supply anchors the value of dollars in transactions in a way that Bitcoin will never be anchored,” said CitiFX strategist Steven Englander.

And then there’s the competition. Developers for other digital currencies such as Litecoin and open-source payment networks are constantly looking to improve upon (replace) Bitcoin. It’s an “issue that the internet currencies will not be able to overcome easily,” said Englander.

Considering the traditional national and international system of currency that exists today, it’s not unreasonable to think cooperating governments could eventually come together to build in some of the features of a digital currency — with transaction verification and security to limit fraud and theft. They could “steal” some of the appeal of Bitcoin by making the alternative safer.

In our networked world, we often see companies and governments work to cut out alternative (sometimes illicit) activity and bring it to light.

Napster was co-opted first by litigation, then by Apple and iTunes. In the US, marijuana prices have been challenged by fresh legality in various states. Even loan-sharking in emerging economies has been diminished by innovative micro-lending platforms.

Eventually Bitcoin will be challenged when governments, banks, merchants and individuals at the centre of the existing structure come together, experts said.

Don’t think it could happen? The euro, born from the strength of the German Deutschmark, didn’t come in to existence until January 1, 1999 — then as a digital-only currency. 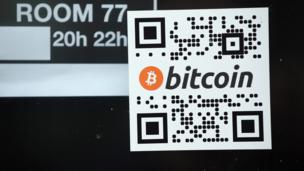 Should you invest in Bitcoins? 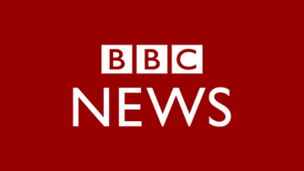 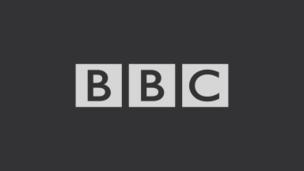