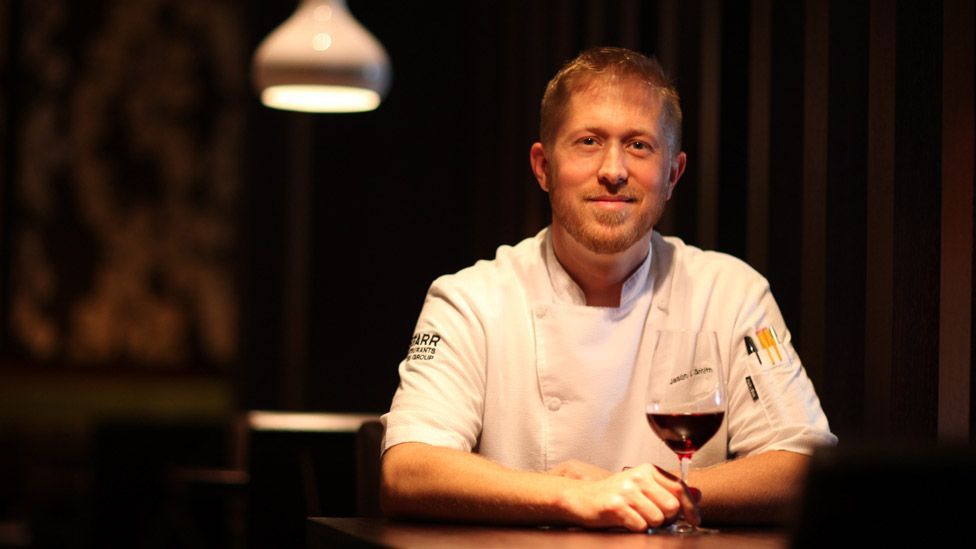 Jason Smith’s first job running a kitchen was something of a disaster. He earned a promotion to head chef at a trendy South Beach restaurant in Miami at just 28 years old. But he had no control of this team.

“There was no discipline at all,” Smith recalls. “Cooks were eating on the line, going to the bar for drinks in the middle of service and just not listening to anything I was trying to do.”

He knew what he had to fix, but just didn’t have the experience to know when to push and when to back down. “I was just fighting with everybody and I was just making it worse.”

Smith, now 38 and chef de cuisine at Steak 954 in Fort Lauderdale, says his kitchen today is very different. He believes he’s fair and consistent, but overall there’s a different sense of discipline. “I’m friendly with my sous chefs,” Smith said. “We’ll go out and get a beer together, but they also know I’m the boss.”

There’s no doubt the stellar reviews his restaurant has received have come in part because of his disciplined culture. And it isn’t difficult to picture a similar scenario in unfolding at offices and corporations around the globe, where the company’s culture can dictate its success.

Research supports the idea that people will act in concert with the environment around them. Consider that people who take lunch with heavy eaters are likely to eat more, too. For managers, that means it’s essential to change an unproductive office culture — and quickly. Those great employees you’ve hired simply won’t perform to their highest levels if their colleagues are dragging them down. Shaping and moulding office culture doesn’t always come naturally, but it can be learned.

Changing the office culture has to come from top management, said Peter Bregman, CEO of Bregman Partners Inc, a global management consulting firm based in New York City. When Bregman is asked to help transform a company with a poor office culture, he always starts with the executive team.

“If you can change the culture on the senior management level, it all changes,” Bregman said.

Maybe the first thing to know about office culture is that it doesn’t mean the same thing everywhere. In an office where workers are packed into small cubicles and must collaborate to succeed, the culture is likely dictated by how well everyone gets along; there, managers must actively work to keep team members on a friendly footing. On a production line where workers rarely interact, the culture may simply be defined by how management treats employees, things like quality break rooms and well-timed bonuses.

While office culture is important the world over, it’s rare for companies to try to influence it. That’s because managers in places like Asia and Africa often don’t believe they have the authority to make those kinds of changes, Bregman said. In some sense it is unique to the US that a manager would strive to change a workplace culture.

It’s also important to remember that there isn’t a correct type of office culture across industries. A workplace where employees are competing with one another might be right on a sales floor, for instance, but not so efficient for a factory production line where quality is the priority.

“People are always asking: Is there a better culture? Not necessarily,” Bregman said. “Culture is specific to an industry, a geographic area and to the leaders that run the company.”

That’s something Lauren Friese knows well. In 2008, the London School of Economics graduate started Toronto, Canada-based TalentEgg, a firm that helps students find jobs after university. She was hiring people who had just finished school, so Friese knew she needed to build a fun, collaborative culture.

“Because I had no real experience with what corporate culture should be, I just thought, let’s just do what we think is best,” Friese said. “As a business owner, you get to create the culture that works for you.”

So she picked a location for her office in a trendy section of downtown Toronto, surrounded by coffee shops, bars and other business start-ups. Then she designed a workspace that was open, with meeting places that felt nothing like a stuffy board room. There is a lounge, dominated by a big orange sofa and a chic room with tables and chairs that the staff built out of old pallets.

She also installed a tapped keg in the office and employees pour pints for one another every Friday afternoon.

“Some of our best ideas come from those Fridays where we’re just standing around drinking a beer,” Friese said. “It’s so easy nowadays to just sit in front of a computer all day.”

A different approach was necessary for Smith to create his disciplined team — and that’s the key, identifying the culture you want and the obstacles in the way of getting there, then tackling them. Smith knew one of the things he needed to change about his restaurant culture was sexism.

“When I started 20 years ago in this business, we were all sailors – cussing [swearing], spitting, alcoholics. Restaurants now have evolved to professionalism,” Smith said.

That means a no-tolerance policy on the sexist jokes that used to follow female chefs, Smith said. “I hire a lot of women in my kitchen, so that’s not going to go [well] over here.”

Simply banning sexist jokes or installing a bar might not provide a silver bullet for your workplace’s problems or create a cohesive culture. But chances are there is a way to assure your culture breeds productive employees.

Editor's Note: This article has been updated. An earlier version of this story incorrectly identified the location of Bregman Partners Inc.

What do you think? How much influence do managers really have over office culture? What's the worst culture you've worked in and how was the manager responsible for it? If you would like to comment on this story or anything else you have seen on BBC Capital, head over to our Facebook page or message us on Twitter.