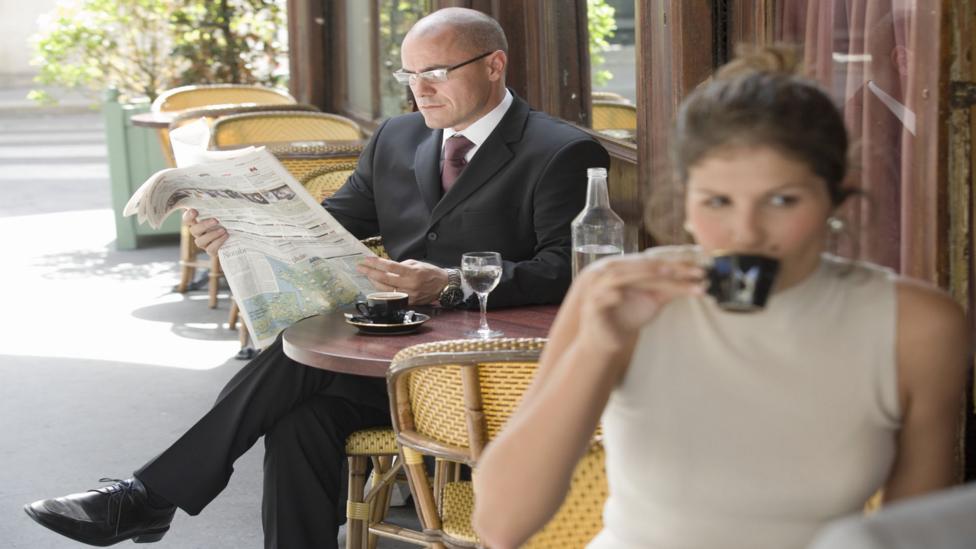 By Richard Venturi 13th March 2014
Cast your jealousy aside. The idea the French and Spanish work fewer hours than the rest of us is more fiction than fact.

In the collective imagination, there are two Europes: the industrious north, with relatively low unemployment and dynamic economies, and the sluggish south, where people would just as soon kick back, sip an espresso and watch the world go by.

Many people would lump France, the land of the 35-hour workweek, long lunches and even longer vacations, with the south. But anyone who has worked as a professional in the country knows otherwise.

Olivier, a senior counsel in a large French multinational in the construction industry in Paris (he requested his surname not be used), described his workweek one recent evening in his office. “I work about 45 to 50 hours a week, from roughly 09:00 till 19:30,” he said.

So what about the infamous 35-hour workweek, which is the envy of much of the rest of the professional world? Is it merely a myth?

Contrary to many stereotypes, 35-hours is “simply a threshold above which overtime or rest days start to kick in”, according to French economist Jean-Marie Perbost.

Blue-collar workers are expected to work precisely 35 hours, but the hours white-collar workers (cadres in French) amass each week are not clocked. Like professionals in, say, the United States, most cadres work until the tasks at hand are done. But unlike in the US, French professionals are compensated for the hours they work beyond 35 with rest days, which are negotiated on a company-by-company basis (there were nine rest days, on average, given by companies in 2013).

Even blue-collar workers work more than 35 hours. According to French government statistics, 50% of full-time workers put in paid overtime in 2010. That percentage was likely to be higher in 2013, said Perbost. Of course, compared to the hours certain professions tally on a weekly basis, the average worker in Europe doesn’t have it so bad. Take lawyers. According to France’s national bar association (CNB), 44% of lawyers in the country logged more than 55 hours on a weekly basis in 2008. In the United States, surveys show that many attorneys work about 55 to 60 hours per week in order to meet the billable hours requirements most firms maintain.

It’s not just France where the laid-back workweek is more myth than reality. Professional hours in Spain also contrast with the country’s popular image. Pablo Martinez, a senior sales and engineering manager at a German multinational in Madrid, said he starts at 08:00 and rarely leaves before 18:30.

“Things have changed in Spain to keep pace with international markets,” he said. “It’s not uncommon for people to grab some lunch and eat it in front of their computers, which was rare 20 years ago when I started working .”

In fact, the number of full-time working hours per week across Europe is strikingly similar. According to Eurostat, in 2008, the Eurozone average was just under 41 hours per week, with France slightly under 40. The range was also slim, with a low of 39 hours in Norway and a high of 43 hours in Austria.

“It’s really the 35 hours that have created this false idea that the French don’t work a lot,” said Olivier. “The idea sticks in people’s minds. But it’s not a reality.”

Another factor that may have fed the short workweek legend: most people only consider full-time staff when they take a look at the average work week, but in much of Europe, more people are working part time. This has been a growing trend for at least 15 years and it was exacerbated by the global financial crisis that began in 2008.

“What countries with low unemployment like the Netherlands, the UK, Denmark, Sweden and Germany have done is, in effect, put one worker out of four in a part-time job,” said Perbost, the author of a study on work for the European Green Foundation, a Brussels-based political organisation funded by the EU Parliament. He added that 2012 statistics from Eurostat echo this idea.

Northern European countries, where Perbost said part-time jobs are much more common, have the lowest hours per week worked, for all workers, both full-time and part-time: the Netherlands, Denmark, Sweden, the UK and Germany all average around 35 hours per week, according to Eurostat’s 2012 figures. Meanwhile, Greece’s workers logged an average of 38 hours, followed closely by Spain, Portugal and Italy. French workers, collectively, clocked in at about 35 hours on average.

Take a close look at part-time working hours across Europe and a startling trend emerges. The French even work longer part-time hours than their peers.

The part-time workweek in France averages 23.3 hours, compared with 20.1 for most of the other European Union countries, according to a 2013 survey by the French employment ministry’s research group Dares.

That might help explain a few things to engineering manager Martinez. “When I call Germany after around 16:30 I’m always surprised at how few people are in the office,” said Martinez. “Maybe it’s us in Spain who’ve got it backwards.”

worklife
1When work is a nonstop vacation
Expat Guide
2Oasis or mirage for expats?
worklife
3Returning expat culture shock
worklife
4Pyjamas on the payroll
Around the BBC