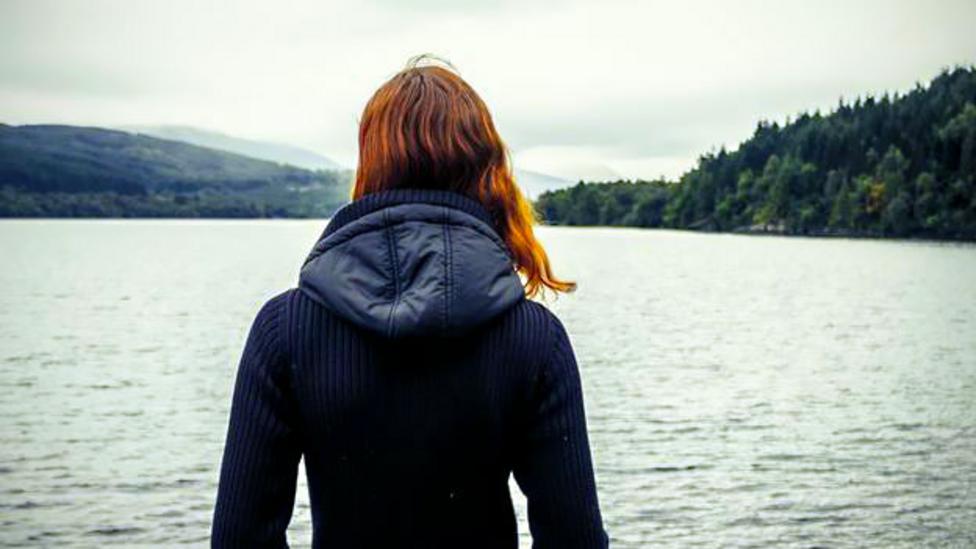 Mark Callaghan jumped at the opportunity to relocate to Idaho in the US from Bristol, UK for his job at a multinational technology company. Homesickness hit him before too long. He missed family, friends and food from home — especially food.

“I craved Sunday lunch swimming with gravy,” he said. “Cottage pie, sausage, pork pies and just about anything with gravy.”

Callaghan did something most homesick expats don’t do — he turned his longing for home into a successful livelihood, later launching British Corner Shop, an online supermarket delivering British groceries worldwide, primarily to expats wanting a taste of home.

Others, however, are not so lucky. In its mild form, homesickness can be a twinge of nostalgia cured with a video chat  session. In its extreme form it can be debilitating. For some, the pain of missing the lives left behind is so great that people quit their assignments abroad and return home.

The affliction takes many forms. For some, it’s as simple as craving a certain food. For Joe Watson, who relocated to Hong Kong from Atlanta for six years, not being able watch his home sports teams play on TV made him pine for life back home.

The intensity of homesickness may fade, but expats are sometimes surprised to find it may never go away entirely, even for those who were most eager to move abroad. Kimberly Bernhardt, senior vice president at a leading public relations agency in New York City, grew up in Switzerland and has been living in the US for 10 years, but she only recently found herself feeling homesick. She points to the fact that she, her friends and sister all have children now.

“What I miss most are those special moments that I am not a part of and can’t be recreated such as my friend’s birthdays, watching my brother play in his band, Christmas with the family, my nephew’s first smile,” she said.

For those who work in international human resource management and relocation, helping people cope with homesickness should be an important focus of their work, says Howard Wallack, VP for global business development at the Society for Human Resource Management (SHRM) headquartered in Virginia.

“It’s natural,” he said. “Just about everyone goes through it in some form or another.”

While there’s no panacea for homesickness, it can be managed. BBC Capital asked experts and expats for their best tips, tricks and holistic approaches to handle and quell the feelings.

Engage in some self-reflection

Feeling homesick often goes deeper than missing certain people or comforts. Think about what you’re really missing — it might be a different version of yourself. 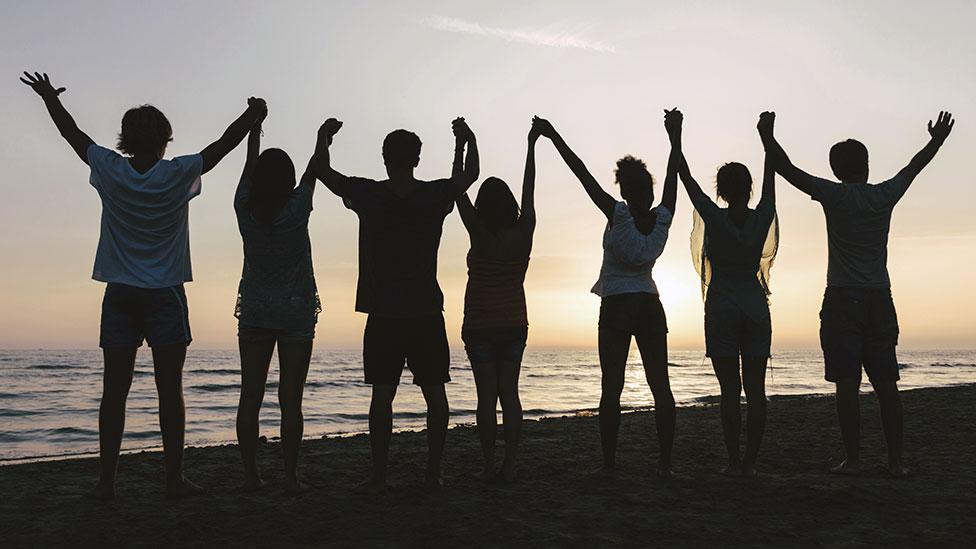 “It’s often, ‘I miss who I was in that place, because it was comfortable, and I miss my identity and security’,” said Allegra Stein, a relocation coach based in New York. New or unfamiliar surroundings often force people to evaluate profound questions like “Who am I?”.

“It can be an inspiring place or a difficult place,” Stein said. “Take that time to focus on yourself.” Think about your identity, values and priorities. Also evaluate what might be off that’s making you unhappy—perhaps it’s missing certain connections or a creative outlet —and try to address it.

Take care of yourself

Don’t default to lying on the couch with a bag of crisps and Netflix. It’s easy to find yourself mooning around for days, weeks or longer, and packing on weight. Instead, keep up your fitness routine or start a new one to keep those endorphins flowing.

When Dorothy Dalton, a Brussels-based career transition coach, made her first move abroad she found herself feeling isolated, so she threw herself into playing squash. Not exactly sure what to do? Sign up for a class or find a Meetup group to continue a hobby or activity you love. Indulge an interest you never pursued back home, too. It’ll create a win-win situation: You are doing something you enjoy and, as Dalton found, you end up meeting people with similar interests.

When in a homesickness funk, it can be too easy to blame external factors or other people, Stein says, and that mentality is detrimental.

“Remember, you are exactly where you wanted to be,” Stein said. “It’s about owning where you are, choosing what you want the next day to look like and taking little steps to get there.”

Bernhardt regularly connects with friends and family via social media, video chat and even old-fashioned letters. Making the effort to stay in touch can often stave off homesick feelings.

Don’t be afraid to talk about feeling homesick. No matter where you are or what you’re doing it’s not always going to be sunshine and rainbows — and that’s okay. What’s more, ignoring those feelings can exacerbate them in the long run. 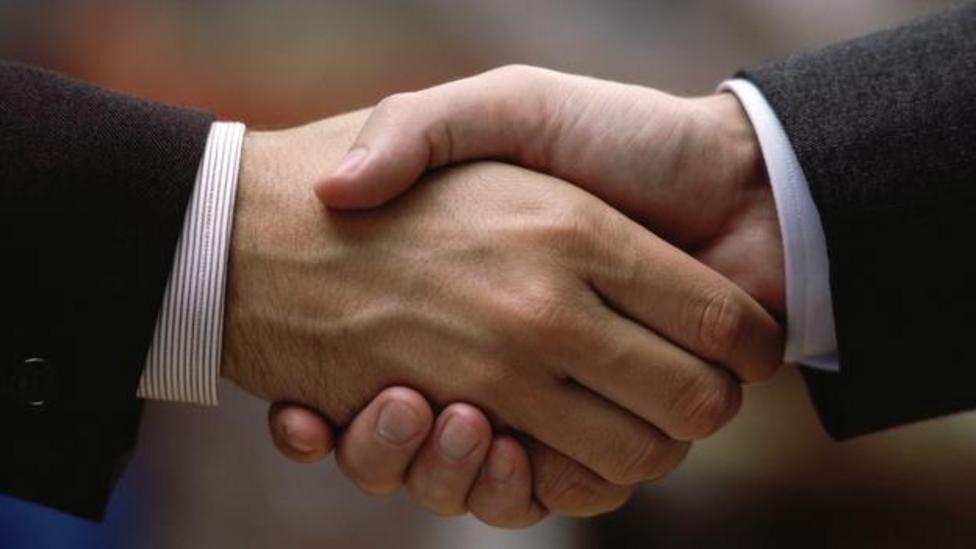 READ MORE: How to behave in meetings and what to expect when doing business around the world.

“People tend to seek help too late,” Dalton said. “They go to a specialist when they’re already starting to cry over their coffee… and feeling nervous about things.”

Tap into networks and resources

Connect with expat circles and networks. Some might be found within your company or look for others like expat networking sites Internations and 3Plus. They can help you connect with mentors and other professionals around the world.

Other expats can be invaluable resources, whether it’s guiding you through bureaucratic red tape or helping you cope with missing home.

Hang on to some of home

You won’t be able to recreate your life and home abroad, and it would be futile and upsetting to try. You don’t have to cast it all off, though. Find a way to keep up on your favorite programs or purchase your favorite foods, for example, to have some tastes of home.

Carry over and adapt traditions. Wallack of SHRM has a colleague in Virginia who would have a weekly family dinner with favorite dishes from back home, for instance.

“There’s a lot of guilt often when a move doesn’t feel right, right away,” Stein said. Adjusting, settling in and — really — creating a new life is a process that takes time, even the simple and essential elements, like making friends.

In the meantime: “Accept all invitations,” Dalton says. “In the first few months you’ll see people you probably won’t see again, but you’ll be getting used to meeting people. Eventually you will find people you really click with.”

Have you dealt with being a homesick expat? What did you do, share your story and tips--and comments on this story and anything else you have seen on BBC Capital, on our Facebook page or message us on Twitter.