Loading
Health
Is it Zen, or just the art of getting things done?
Share using EmailShare on TwitterShare on FacebookShare on LinkedinShare on Whatsapp 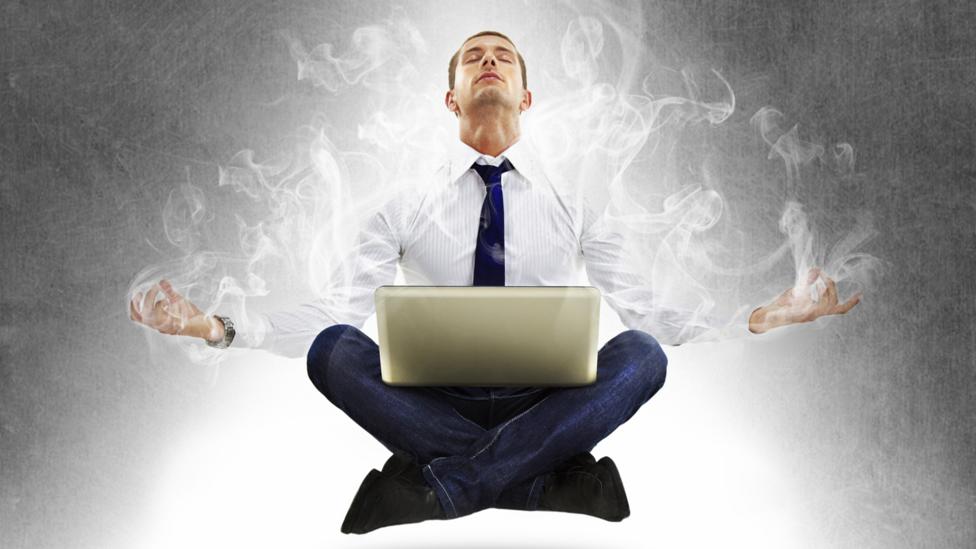 But David Allen, the author of the international bestselling productivity bible, Getting Things Done, has been teaching people how to reach higher levels of cognitive thinking for almost two decades. Like Eastern mindfulness, his solution is simple but challenging to fully implement.

Clear your mind. Yes, that’s it.

If that doesn’t raise any follow-up questions you can stop reading and get to it. But the truth is most people don’t know how to clear their mind.

Buddhism encourages you to focus on the breath or a single thought to calm the mad monkey screeching in your skull. Such practice has been empirically shown to strengthen emotional resilience and increase happiness. But then the nagging thoughts start to creep in. You know the ones. Not big thoughts, but the mundane, seemingly benign nagging mental memos. “Did I send that email?” “I need to tell my boss something before the meeting.” “What was that idea I had this morning in the shower?” “I know I’m forgetting something.”

“We have to shut the mundane up,” Allen said to me in a phone interview a few months after we met on a stage in Austin, Texas, in the US at the South by Southwest (SXSW) festival to discuss his well-known productivity method. Allen’s route to freeing the mind of its detritus is a more practical one than prescribed by most religions.

“The strange paradox is you actually have to use your mind to shut your mind up,” he said. But not by meditation or mantras. “You can’t shut it up by trying to shut it off. What you have to do is [ask yourself] ‘Why is this on my mind?’”

Our brain is a poor and unreliable repository of all the little (and big) things we try to cram into it. These thoughts clutter our headspace. And those marvelous, convenient and addictive mobile phones and social networks are making the problem worse. By living a life of quiet distraction (with apologies to Thoreau), we are crowding out the deeper and creative thoughts, along with any hope of real quiet.

To extricate the things that don’t belong in your brain, you need a systematic approach, Allen contends. His book and its concept, abbreviated among the lifehacker-ati as GTD, is a detailed prescription to fix this problem that I will over-simplify into four steps:

1) Adopt a reliable capture method (Evernote, voice memos, a Moleskin notebook, etc) to get thoughts out of your head.

2) Distill them to actionable items and next steps (“send receipts to Finance”, “call a kick-off meeting for an office-wide re-org”) on your daily to-do list.

3) Dedicate yourself to multiple reviews in which you put these action items into the right buckets (“must be done today”, “phone calls when I’m on the train”).

4) Do the things on the list, when you have time, prioritising as you go.

GTD offers many hacks and habit-starters to help facilitate this method, but they all come down to one thing: effectively dealing with everything that modern life throws at you in a way that doesn’t stress you out or bury you.

[You can listen to most of the conversation Allen and I had at SXSW here:]

What does a clutter-free mind feel like? I read GTD in February and began adopting and adapting it to my life. In the span of four months, I have enjoyed occasional, fleeting moments in which I realise, “I don’t have anything I need to think about!” When it happens, a more creative or big picture idea often enters to fill the void. I also experience increased focus on a project (such as this column) when I’m unfettered by mental loops reminding me to act on something else. To be fair, other things didn’t work for me. Keeping up with the weekly long-term-goals reviews fell off and I still procrastinate when a task is emotionally unpleasant (that is, I don’t like talking to a certain person because they are unpleasant).

“Getting things done” as an aspiration is deceptively practical because mastering it can be personally liberating.

Allen likens a pre-GTD mind to a car stuck in first gear – slow and taxing on the engine. His method aims to facilitate “higher gear” thinking. Some uphill tasks require lower gears, but they will slow you down for more creative or big picture ones. So the aim is not to shut out thought, but give you the mental agility to accurately assess any given situation. That, in turn leads to informed judgments about how to act. Allen often asks himself if he’s appropriately engaged with what’s on his mind – without attaching worry and stress which tend to cloud judgment. The military calls this “situational awareness” and in combat being proficient at it can save your life. In the office, it can save your sanity.

Allen’s path to personal productivity guru status was as meandering and seeking as any dharma bum’s. “I had 35 professions before age 35”, Allen said, referring to his own Wikipedia entry. But more consistently, he’s practiced personal spiritual meditation since 1968, which has netted him “fairly significant experiences”. He has also studied and taught martial arts and found a lifelong spiritual mentor.

GTD is not spiritual work nor a substitute for it, Allen said, even though its method to clear space in the mind “can certainly make it easier if you’re on that path.” That distinction also has a practical, career implication. “They’re not handing out paychecks to people with rice bowls in caves,” he said, “and I didn’t particularly feel interested in going that route.”

Yet GTD, as Western and real-world as paradigms can get, is having a positive and meaningful impact. According to Allen and client testimonials, his work has unlocked adherents’ creative flow, increased their effectiveness at work and given them space to reprioritise career and life goals. Radio personality Howard Stern is Allen’s number one fanboy.  And I was struck by the zealous young man who approached Allen at SXSW, interrupting our conversation, to earnestly tell his guide: “You have changed my life!”

Wise Up is a thinking person’s life hacking column in which we examine behaviour modification, self-help, found wisdom and applied philosophy. For more stories, go to BBC Capital and don’t miss another Wise Up column by subscribing here. Wise Up is written by David G Allan (twitter: @davidgallan), Managing Editor for Features for BBC.com