Loading
Workplace
Are you a workaholic? Or simply hard working?
Share using EmailShare on TwitterShare on FacebookShare on Linkedin 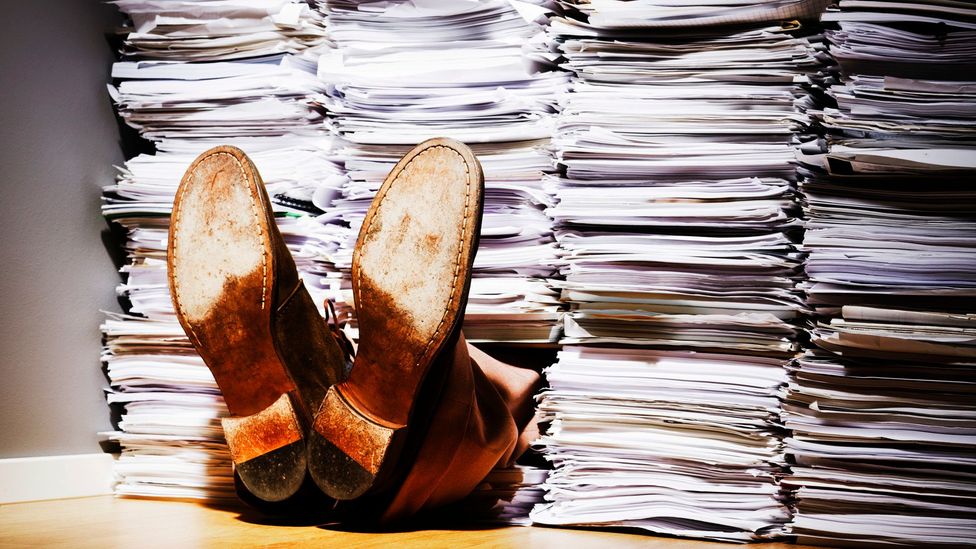 Working hard can win you acclaim and promotions. It can also hurt your health and family life. How do you know when to stop?

There are subtle differences between being a high performer and a workaholic. If free time leaves you feeling anxious or you are never satisfied with your work, you may just be working too hard.

Several LinkedIn Influencers weighed in this week on how to identify if you’re a workaholic, and how to stop. Here’s what two of them had to say.

“High performance and workaholism look the same on the outside. They both look like hard work. The BIG DIFFERENCE is how the individual feels on the inside about who they are in relationship to their work,” wrote Gordon in his post High Performers vs Workaholics.

First, there is a difference between doing business and being busy. “A workaholics' No. 1 goal is to be busy,” wrote Gordon. “Workaholics fill any space in time with busy work because they feel insecure doing nothing. The insecurity comes from not knowing their value. They believe that the busier they are, the more important they must be.

High performers know when they have succeeded at a task or project. Workaholics, on the other hand, don’t know when to stop, Gordon explained. “A workaholic doesn't know what enough is,” he wrote. “I'm not good enough. This isn't good enough… they don't really know what success means to them.”

Gordon wrote that while high performers know their self-value, workaholics constantly rely on outside cues of validation. “They wait for external evaluations such as mid-year or annual reviews done by others to understand how well they are doing.”

Last but not least, Gordon claimed that workaholics can’t differentiate between what they can or cannot control. “A high performer focuses on their effort — inputs and outputs,” he wrote. This is quite different from someone who focuses only on the outcome and their income. “Their desire to compare leads them to judge themselves using common metrics of success which aren't always directly correlated to effort.”

Sometimes, the biggest challenge in being a workaholic is that you simply don’t know you are one. Peterson points out some signs in his post 10 Signs You’re Working Too Hard and How to Stop.

“An editor at the Chicago Sun-Times once said that he couldn’t take time off. He was afraid the place would fall apart without him — and he was terrified it wouldn’t,” wrote Peterson. “If you think the universe depends on you, you’re headed for a high-stress breakdown. Hire people who will do a better job than you ever could, and then celebrate their successes, get out of their way and recharge your batteries regularly.”

Another sign? “Your favorite phrase is ‘you’ve got mail’,” wrote Peterson. “Email… (is) a two-edged sword. If you’re disciplined, it’s a time-saver. But if your use of it goes unchecked, it morphs into a constant interrupter, a pestering reminder of all you’re having a hard time responding to. So turn off your email,” he advised.

If you’re always running late, this could also be a warning to slow down. “Make a commitment that you’ll be five minutes early to every meeting and every event… This will rarely reduce the quality of your thinking or your work, and it will usually help you re-frame your priorities and focus on your accountability and deliverables.” That way, you can take the mental break you need.

Another sign you’re a workaholic — and an annoying one at that: “You’re impossible to please. The food isn’t good enough, the hotel’s not convenient enough, your income isn’t high enough,” Peterson wrote. But there’s a solution. “Turn inward and change your mindset. One of my mantras… has become, ‘I have all I need’.”

Peterson also pointed out that most workaholics live in the past or future. “You reminisce, telling stories of past glories. Or you await the future, unable to really start living until a certain goal is behind you. Both of these are signals that you’re living outside the present, a habit that only leads to more stress.” Learning how to commit to the present is just as valuable as looking forward.

Do you self-identify as a workaholic? What are some key signs you’ve seen in you or your colleagues? To comment on this story or anything else you have seen on BBC Capital, head over to our Facebook page or message us on Twitter.