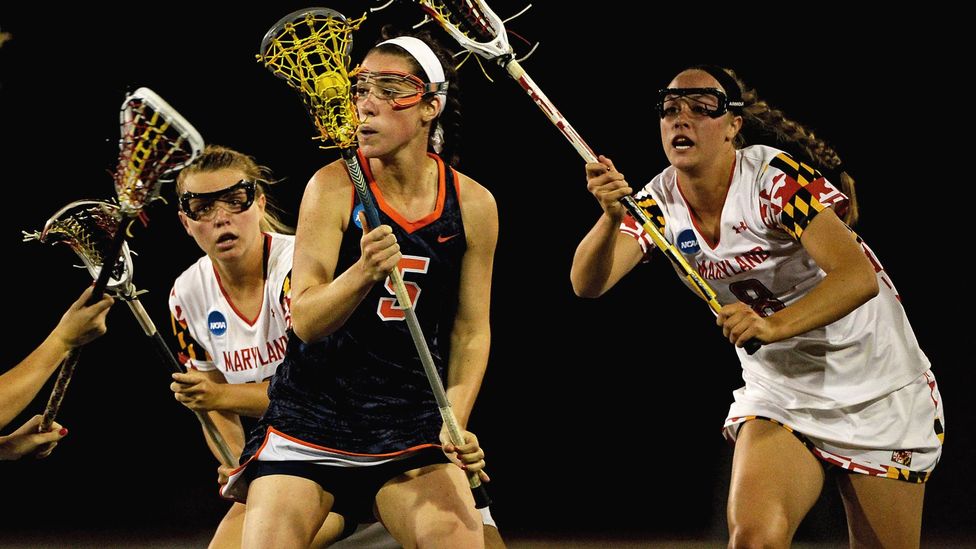 Jessica Lippke’s volleyball experience gave her a ‘free ball’ when it came to getting a job.

Despite having very little project management experience and being just 21 years old, a New York web design and development agency looked favourably on more than 10 years of playing and the sport and took her on as an intern.

Later, the company hired her for a full-time position. Lippke said a co-founder liked that she had the determination she showed on the court and in the office.

Nine years and four promotions later, Lippke, now 30, credits volleyball for her relative ease at moving up the ladder. For one, she’s able to work well in teams and get along with different personality types — a must when she’s on the court. She also brings a teamwork approach to encouraging colleagues and managing projects. “I’m the one high fiving people in the office when they do good work,” she said.

Playing sports not only keeps you fit, it can strengthen your chances of landing a job and set you on your chosen career path more quickly. That’s because the sort of personality traits and skills athletes must develop to play and succeed often mirror what makes one successful at work. Among them, recruiters say: delegation, teambuilding and time management skills.

Even casual athletes bring skills to the conference table that non-athletes lack, say recruiters and managers who make hiring decisions.

“Sports provide the foundation to have discipline and be a self-starter while overcoming adversity,” said Jed Hughes, vice chairman of Korn/Ferry International, an executive search firm with offices in 40 countries.

According to 2014 research from Cornell University, people who played competitive sports during their secondary school years showed higher levels of leadership and success throughout their careers. Employers also expected “student-athletes to display significantly more leadership, self-confidence, and self-respect than those who were active outside of sports”, according to the Cornell research.

Where do athletes excel? It depends. There is a difference in the skills and strengths that athletes who practice individual sports, including long distance running or swimming, and those who participate in team-based athletics bring to the office, Hughes said.

Often the skills learned during team-based sports translate differently to the workplace than individual sports. Those accustomed to teamwork can be better at influencing others, performing sales functions and taking criticism.

“You’re sacrificing part of your individuality to focus on what’s better for the team,” Hughes said.

Athletes who play team sports are an especially great fit in high-stress finance positions, says Vin McCaffrey, chief executive of Game Theory Group International, a US-based employment firm for former student athletes. Financial institutions are interested in hiring former or current athletes because playing competitive sports can be a benefit when dealing with the daily pressures of finance and what’s often a competitive atmosphere, said McCaffrey, who has worked with Barclays, Credit Suisse, PNC and Wells Fargo to place candidates.

On the other hand, individual-focused sports such as running, skiing, swimming often develop stronger motivation, leadership traits and stamina than someone who has not endured rigorous training, Hughes added. “When you’re hitting the golf ball — nobody can do it for you,” he said. Athletes who play individual sports often have a high level of self-discipline and are more focused on specific goals, he added.

These sport-to-workplace traits are also a differentiator in hiring younger workers. Millennial (those born between about 1980 and 2000) have been stereotyped as expecting excessive attention and positive feedback, even as they balk at negative feedback or disapproval. But millennial athletes are often are more resilient to criticism, McCaffrey explained. They “have already gone through years of hard coaching and feedback,” he said.

Play up sports on your CV

If you’ve not been a varsity player, all is not lost. Just playing a sport on your time off is enough to give yourself a hiring edge, said Paul Hartzell, a former professional baseball player now living in Singapore. Hartzell often hires athletes for sales positions at EVault, a technology firm where he is a vice president.

“It doesn’t matter if you were the greatest at something in the world, or just play badminton on weekends — you learn all these wonderful things,” he said. As a sales professional he often looks for potential hires who can play as part of high-pressure team and don’t mind sharing the spotlight.

Hartzell, who was a professional major league baseball pitcher in the US for eight years said the rigorous training for the 162 games in each baseball season helped him become successful in an unstable sales environment. In baseball, “you prepare for a long season and you realise you’re going to have ups and downs, but that you are going to be prepared,” he said.