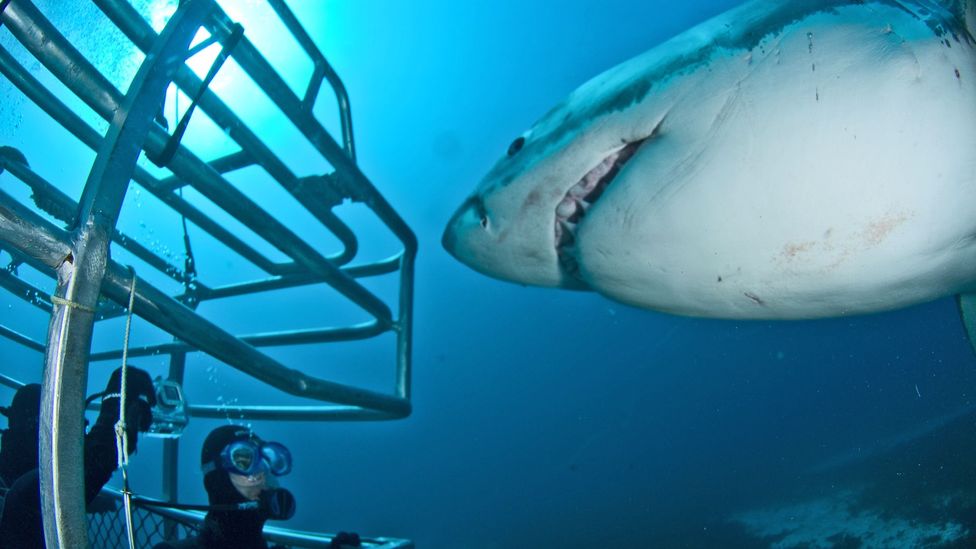 Inspiration from a shark attack

Rodney Fox was competing in a spear fishing competition off the coast of south Australia when a great white shark clamped onto the left side of his body, its jaws spanning from his arm to his waistline. The near-fatal wound exposed Fox’s main heart artery and pierced his lung and diaphragm. It took 360 stitches to close him back up. Following the attack, people in his hometown of Adelaide, Australia, were afraid to go into the ocean, he said. They quit local swimming clubs and stopped diving. “I noticed there was an incredible feeling of terror and hatred toward sharks, great whites in particular. It was up there with the devil,” Fox said. This fear, however, spurred a creative — and profitable — concept that changed his career path from life insurance salesman to inventor with a focus on sharks. For people who endure some type of tragic life event, be it natural disaster, trauma or a life-altering injury, adversity sometimes brings an upside: a creative breakthrough that leads to a profitable idea. Scroll through the images above to read about four other people who turned personal struggles — including fending off a would-be attacker and seeing the dream of playing professional sports die — into successful business ideas. (Andrew Fox, Rodney Fox Shark Expeditions) 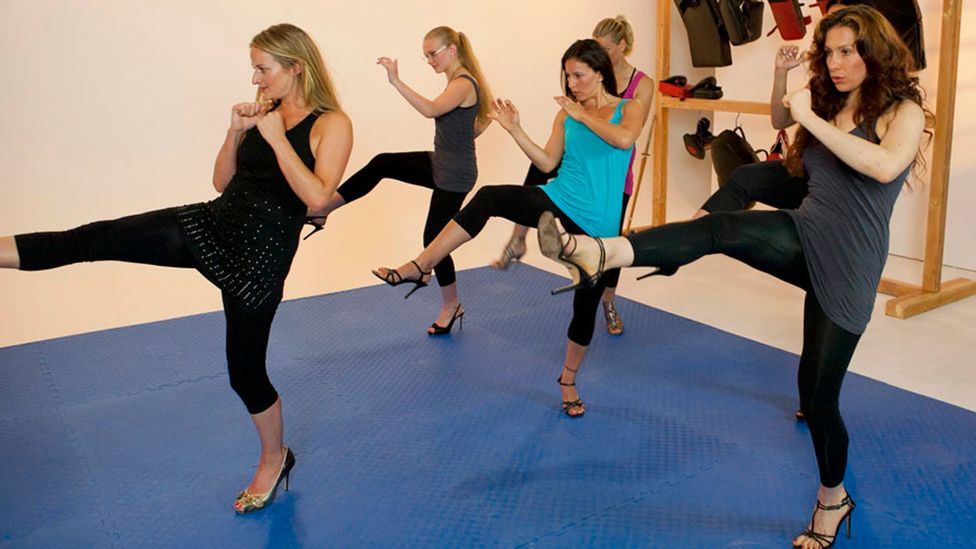 Stilettos and self defence

In New York City in 2002, Jennifer Cassetta, now 37, was walking down a dark street alone at night when a man approached her from behind and assaulted her. What the attacker didn't realise: Cassetta was versed in a form of Korean martial arts called Hapkido. Her skills helped her fend off and escape the attack. She is now a third degree black belt out of nine degrees, which most people work their whole lives to reach, she said. “I had learned that I was powerful, but later that night I kept thinking, ‘what if other women who have no experience get attacked?’,” Cassetta said. The assault motivated her to teach self defence to other women. A few years after her attack, when she said she felt proficient enough in martial arts to teach, she developed a workshop programme called [Stilettos and Self Defense](http://jennifercassetta.com/self-defense/): a two-hour course that covers self defence basics and improvised weapons, such as high-heel shoes and even cell phones. While other defence classes are taught by men in gym clothes, Cassetta encourages her students to wear everyday outfits to create more realistic situations. The course is also sold online as a three-part video series. In September, she will release her first book Hear Me Roar: How to Defend Your Mind, Body, and Heart Against People Who Suck. Her course attracts both ordinary people and celebrity clients. One of her most memorable clients was Carrie Fisher, the actress who played Princess Leia in Star Wars. “This is not just self defence where you’re learning punches and kicks. It’s a mentality shift where you’re heightening awareness in all areas of your life,” Cassetta said. (Stilettos and Self Defense) 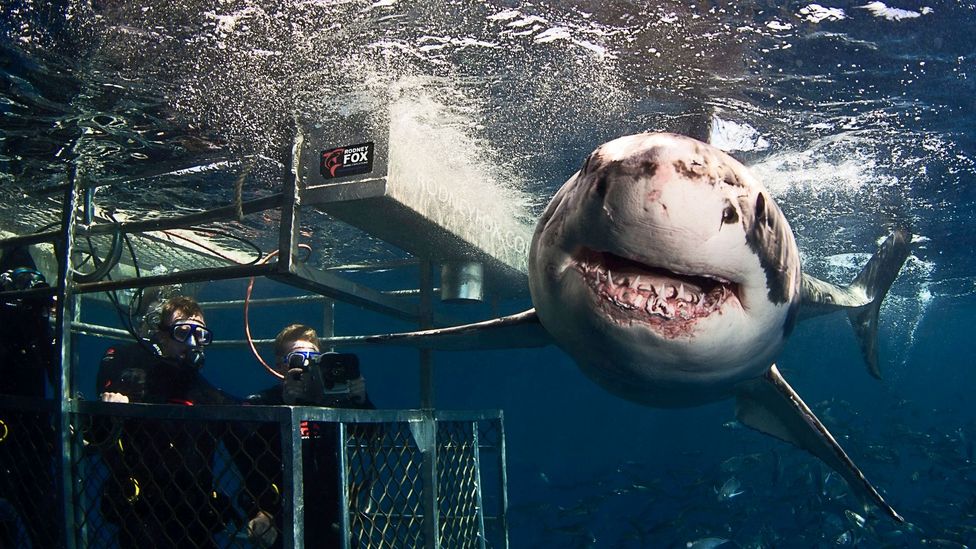 After months of recovery following the 8 December, 1963, shark attack, Rodney Fox eventually got back in the water. Yet his fear and respect for sharks never left him and he was determined to learn more about them. A year and a half later, he was at the Adelaide Zoo with his wife and niece watching the lions when he had an idea. What if he could reverse the role of the cage? By inventing a submersible cage for humans, he could observe sharks up-close in their own environment with a safe barrier between. So he built the first-ever underwater shark observation cage. Today such cages are a popular tourism experience in countries such as South Africa, Mexico and Australia, even though Fox originally initially used his to help researchers and filmmakers. It attracted the attention of documentary companies looking to get footage of great whites, notably Steve Spielberg during the making of the blockbuster movie Jaws. On his first dive two years after the attack, Fox invited two other shark bite victims along. “I lowered the cage over the side and found the sharks weren’t crazy man eaters. In the water, they were far more interested in the bait and swam past us curiously, but went on their way,” Fox said. He neither patented the idea nor made plans to sell the cage because he said it didn’t occur to him at the time that another company would want to make a business out of it. After using the cage exclusively to collaborate with people in the film industry for the first five years after he invented it, Fox opened the expeditions up to international tourists. Now retired, he has handed his business, [Rodney Fox Shark Expeditions](http://www.rodneyfox.com.au/) in Australia, over to his son, Andrew. “When I first started, people thought I was mad, but because of the documentaries films and people we took out on the boat, the education has helped tremendously,” Fox said. “Now, instead of saying, ‘the best shark is a dead shark,’ they are saying, ‘we need the sharks, so let them live.”’ (Andrew Fox, Rodney Fox Shark Expeditions) 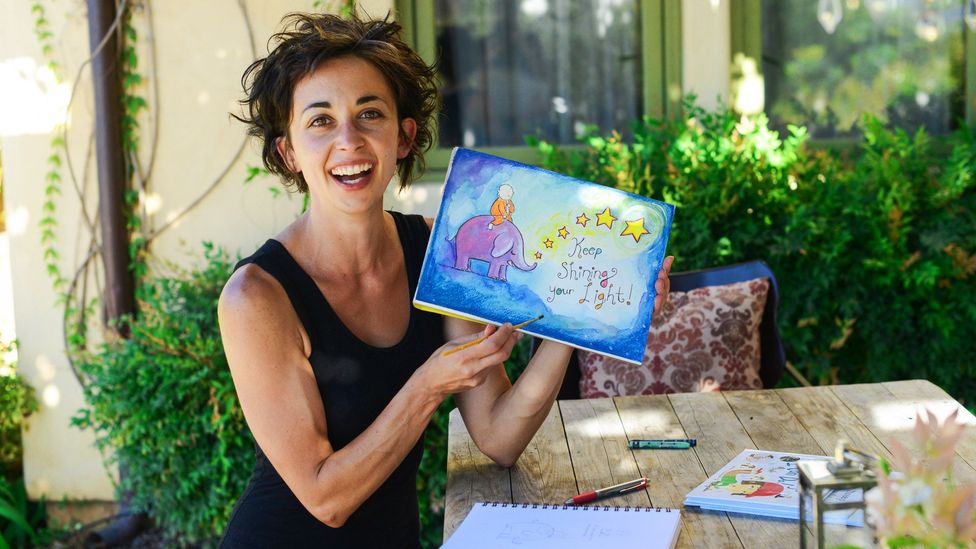 Cartoonist Molly Hahn, 32, fell in love with art the moment she picked up a crayon as a young child. Her natural artistic flare became a coping mechanism during her youth, and later served to launch her most successful business venture. “I found such fantastic delight in my imagination,” Hahn said. “I began to realise how powerful my creative gifts were in healing.” It wasn’t long before she turned her own struggles with post traumatic stress disorder and panic attacks — or rather, the solutions to them ��� into a business. In 2009, Hahn began to sketch every day as a way to work through her PTSD and fears brought on from a difficult childhood. She also wanted to develop her career as an artist. On a friend’s suggestion, she started drawing Buddha accompanied by positive quotes such as “the beginner’s mind sees infinite possibilities”. In 2013, Hahn opened an [online gift shop](http://www.buddhadoodles.com/) to sell prints and gratitude journals featuring her inspirational drawings. She soon added children’s books, blankets and an online doodle school for adults and children. Between Amazon books sales and her own store, Hahn, who lives in Santa Barbara, California, generated $100,000 in sales in the first 18 months. In the future, Hahn looks to host art-themed workshops and retreats. She’s also looking at launching a line of Buddha Doodles baby clothing made from sustainable materials. “I didn’t anticipate it to become what it has,” Hahn said. “In a strange way, I am so grateful for what I’ve gone through because I’m able to have this heart connection with others.” (Mariana Schulze) 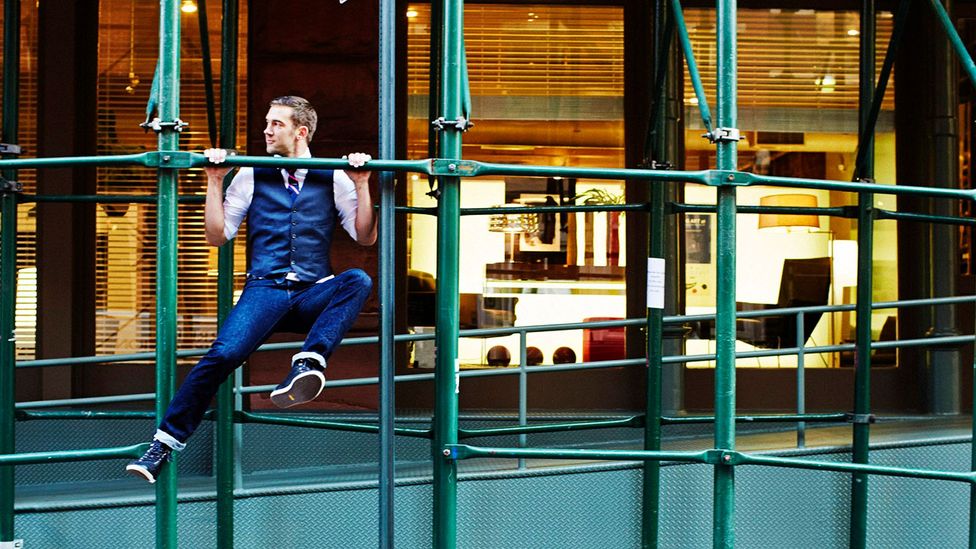 When there’s no Plan B

[Lewis Howes](http://lewishowes.com/), 31, was devastated when he sustained a wrist injury that put him permanently out of the game he felt destined to spend his career playing — professional American football. It would take him more than a year to recover physically, but it took even longer to bounce back mentally. “I realised I needed to get off my sister’s couch and make money,’” Howes said, but he wasn’t sure how to do that. For Howes, the end of football meant a major identity shift; he had envisioned himself as a pro player since he was a child. “It took me two years to get out of the funk, that the dream was over,” Howes said. “It’s a big blow for people who don’t have a backup plan and go all in with that one dream.” But that time wasn’t entirely wasted on a couch. Howes, like many of us, began to spend more and more time on social media websites like Twitter and LinkedIn. First, he focused on building his network in the sports industry, reaching out to people such ESPN founder Bill Rasmussen, then to popular authors including Tim Ferriss of the 4-Hour Work Week. Howes said he was interested in learning how successful people made it to the top. Gradually, he found himself using the platforms to help connect other people. For example, he’d match athletes looking for sponsorship with his friend Ben Sturner who ran a sponsorship agency called LeverageAgency.com, or friends who needed marketing support with top-quality marketing agencies. In 2009, he decided to develop a series of online courses covering topics such as how to leverage social media platforms to drive website traffic and how to grow a community. He went from earning $40,000 per season playing arena football to bringing in over $1m per year in product sales through his company Inspired Marketing (he later sold it to his business partner) and consulting. Big names such as HootSuite and Citrix were clients. Today, Howes, who lives in Los Angeles, also runs a free podcast called the School of Greatness where he interviews big names in various industries on topics like “how to achieve your wildest dreams.” "If people make a living around what they are passionate about, that is what is going to heal the world,” Howes said. (Nick Onken) 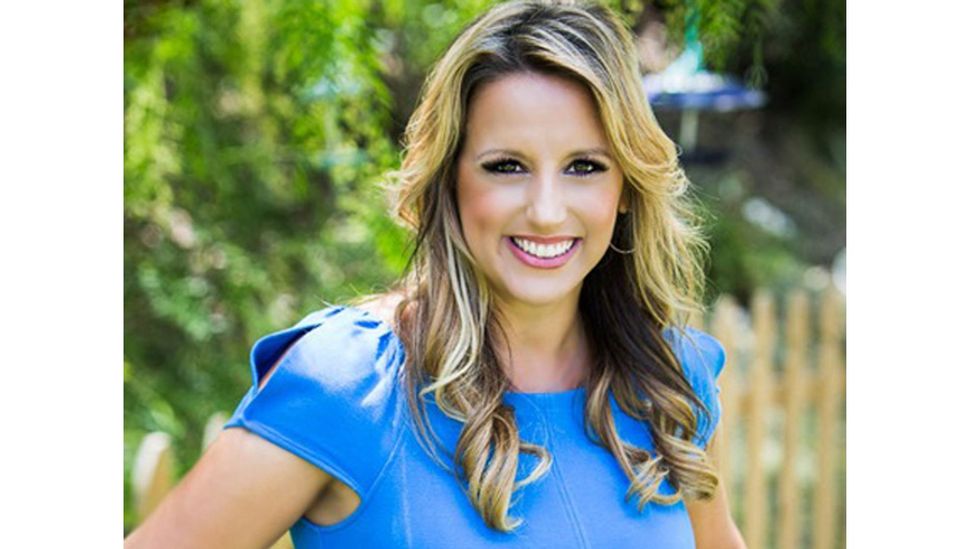 From divorcee to matchmaker

For Rachel DeAlto, 34, it was her own divorce that encouraged her to take love — and the business of matchmaking — more seriously. In 2008, while working as a lawyer, she and her then husband had a business idea that stemmed from their own first meeting. DeAlto was having lunch with her parents when a waitress passed a note to her from a good-looking stranger that read, “…I’d like to take you out some time.” Inspired by their first flirtatious encounter, they created FlipMe: a collection of business cards with pick-up lines inscribed on them, which they sold both online and in stores. What started as a side business in 2008, grew into DeAlto’s full-time job. She left her career in law just two years later. Through FlipMe, clients started approaching DeAlto for flirting advice. Despite the fact that her seven-year marriage was deteriorating she became a flirt coach. By 2012, she was divorced. “The biggest challenge was the transition; there’s an emotional loss regardless of why relationships end,” DeAlto said. The divorce prompted DeAlto to take the business of love more seriously by becoming a relationships counsellor and matchmaker through her own [website](www.RachelDeAlto.com). She moved from teaching people how to flirt, to how to love themselves and others on a deeper level. Her coaching clients continually asked for help finding a relationship once they had undergone counselling with her. So, she began offering a one-on-one, in-person matchmaking service where she sets up potential matches on blind dates. “One of my favourite match-making clients had met someone on an airplane three years ago and he lost the girl’s number and never spoke to her again. I sent her to him unknowingly as a match,” DeAlto said. This year, she received a coaching certificate through the Institute for Professional Excellence in Coaching. She remains on good terms with her ex and today runs FlipMe with him, along with her coaching business. (Hallmark Home and Family)

worklife
1When career advice backfires
Around the BBC