Has Apple introduced the best product pipeline they’ve had in 25 years? That’s what insiders are saying with the announcement of bigger screens on iPhones, new features that enable customers to pay for purchases using their smartphones, and best of all, the new Apple Watch.

The answer is yes, but perhaps not for the glowing, adoring reasons you might think.

Invoking legendary product introductions like the original Mac computer by staging the big affair at the Flint Center for the Performing Arts in Cupertino, California, Cook has certainly laid down the gauntlet. All those comparisons with Steve Jobs that were played from the minute we knew that Cook was going to ascend to the top of Apple, they’re gone.

But there is one more thing. Tim Cook may actually be the bigger risk taker. For truly innovative companies, the real risk is in retreating from the bold and the new. And when the euphoria wears off, as it will all too soon, what will Apple’s legions of fans say about what Mr. Cook has wrought?

Larger iPhone screens is a catch-up move for Apple. Samsung’s Galaxy has been there for a while.

Featuring new payment systems using smartphones is newer, at least in America, but the Chinese have been doing this for years. And now that Alibaba is slated for an initial public offering in the United States, the sophistication of global competitors will become clear for all to see.

But the Apple Watch surely is a winner, you say? Perhaps. Apple knows design, and the brand still sells like crazy. As usual, Apple’s entry into the smartwatch category is overdue. Samsung is there, as is LG. Even that old stalwart of days gone by, Sony, is in the category. What’s different this time, however, is that Apple Watch doesn’t come with the killer app — iTunes — that made the iPod such an overwhelming winner over earlier players in the MP3 world. And at $349 a pop, they better come up with the killer app.

The iPhone was a truly breakthrough product. And the iPad created an entirely new category. The one commonality among all these innovations is not just that they were new, but that they were radically new.

I don’t think we can say that about anything that Apple announced today.

The question worth re-considering is this: what does it mean for Apple to be a company that makes incremental innovations, regardless of how they are presented, and despite all the hype this announcement is generating? It’s a topic I addressed in this space a year ago, when I pondered whether we’d met the end of Apple as we knew it.

As I wrote then, ironically, and unusually for a technology company, Apple wasn’t really competing on the basis of technology. The MP3 player that they called iPod was, and is, considerably inferior to other MP3 players in terms of sound quality. The iPod was a sub-standard technological product competing in a technological arena, yet, it won.

Why? Because Apple differentiated on three key elements that resonated with customers: design, access to content via iTunes and brand prestige. The real innovation was embodied in these first two elements, which, when coupled with the iconic leadership of Jobs, collectively captured cool.

That strategy continued with the iPhone, whose brand cachet was so strong that customers lined up for hours to buy each new version the company introduced. The early Samsung commercials mocking the herd behaviour of iPhone fans (yes, I was one), waiting to buy a product for features the Galaxy also boasted (and often with superior qualities), were so memorable precisely because they revealed just what was behind Apple’s kimono.

The iPad was also a revolutionary product. It even started a new product category that customers didn’t know existed. A company that breaks the rules, changes the world, and does it all with panache and coolness is a tough act to beat.

That is, until it starts cutting prices, like Apple did in 2013. Or when it begins rolling incremental improvements that trail the competition.

Companies that compete on the basis of price and fail to keep surprising or delighting consumers become commodity sellers. That the company Jobs ran could be in a commodity business is almost unfathomable.

Now, there’s nothing wrong, per se, with a strategy that is all about market segmentation, using price as a competitive weapon and targeting promotions to specific customer groups. After all, that’s the bread and butter of the world’s best consumer packaged goods companies, from Procter & Gamble to General Mills. For companies like these, category management and brand management have been elevated to an art form.

And it’s true that Apple Watch is coming in at a premium price, appropriate for a new premium product, but right now there is little premium about it when compared to the other guys. Analysts will be watching the watch price closely to see if that old Steve Jobs magic can still play.

It’s been a losing game for years to sell Apple short. Watching Apple’s product showcase extravaganza is akin to watching an absolute beauty walk down the street. You can’t help looking, and maybe you can’t help wanting. What happens when we take a closer look and see clunky and not sleek?

Tim Cook has rolled the dice, playing Steve Jobs game without the golden dice that always came out the way Jobs wanted it. It’s not often that you see the very moment when a CEO bets his career on a me-too product that arrives without a killer app. Tick tock.

Editors note: Portions of this column were adapted from a previous column that first appeared on 05 September 2013. 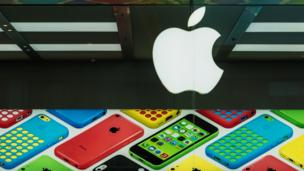 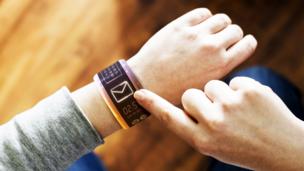 Your life on your wrist 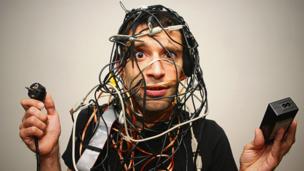 Are you a gadget hoarder? 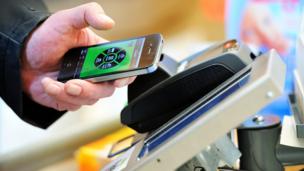 Is a mobile wallet right for you?
Around The BBC