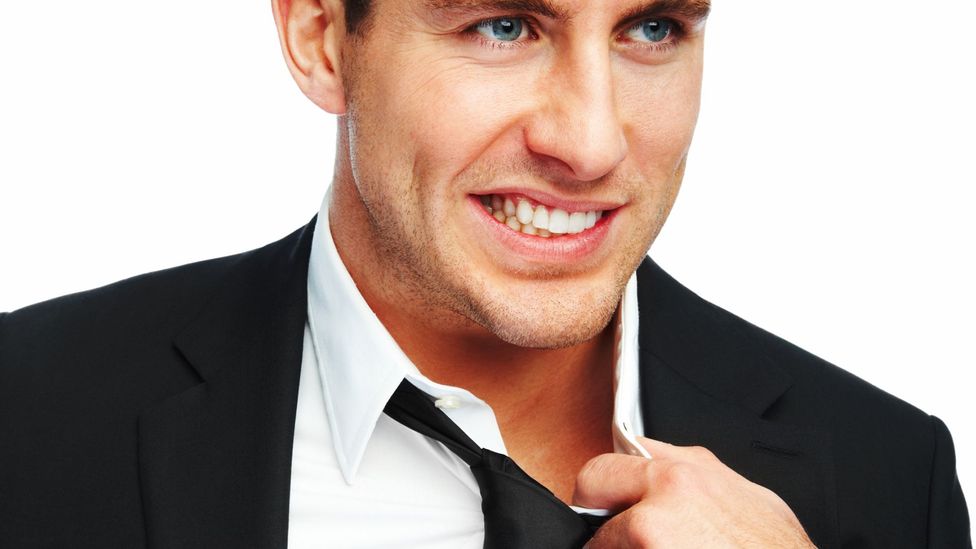 Mac Macdonald, a corporate trainer and consultant in Seattle, Washington, made a slip on stage he will never forget. The audience probably won’t forget it, either.

It was early in his career, and Macdonald was giving a seminar to employees at the Salvation Army in Los Angeles, California. He wore a microphone clipped to his tie and stood on a low stage close to the audience.

He tried to ignore his own mistake, but the situation got worse when a woman in the front spoke loudly to another, who was wearing a hearing aid. Her voice got picked up on Macdonald's microphone. "Did you hear that Sister Therese? He wants us to fart. Now how's that going to help us focus on our goals?" he recalled the woman saying.

While gaffes like that might be rare, the sins of speech giving are many. Yet almost anyone who approaches the podium can speak more confidently and persuasively by taking steps to appear authentic or humble. They can also gain trust by using appropriate — but not overused — metaphors, public speaking experts say.

And never forget, now that smartphones are in constant use, faux pas can be immortalised on the internet. This makes a solid speech even more of a must.

Here are some of the top speechmaking sins — and tips to avoid them.

In a talk shown on the TED online channel with 1.2m views, a woman spoke about how people with handicaps are turned into objects and explained why she doesn't want to serve as an inspiration just because of her disability. As she sat on stage in her wheelchair, the audience had absolutely no reason to question why the subject mattered to her.

Attentive audiences are always on high alert for imposters. That's why, to pull in the audience, you must be truly interested in the subject and give the audience an understanding of why it matters to you, said Andreas Franken, a trainer and consultant for speechwriters and speechmakers based in Bonn, Germany.

People aren’t just listening to your words, they’re also soaking in what's happening on stage as they decide whether or not to join your line of thinking or adopt some of your ideas.

If an audience is left guessing about your connection to the topic or feels the presence of supercharged ego, they will begin to ask themselves about the real motivation behind the words. “Why should I believe what the speaker is saying?”, the audience might wonder.

Sometimes it suffices to say, "As a project member, I..." Or, if your speech is motivational, you can establish a connection with the seminal story that got you thinking along those particular lines, as the wheelchair-bound TED speaker did.

But it doesn't have to be that overt. Authenticity or its opposite can show itself in gestures. A certain move of the arm or tightness in the body is revealing — and usually signals discomfort. Body language is the subtext the audience reads as they ponder what you are saying.

"A speaker who is trying too hard, who has polished…too much, will come across in an unnatural way because gestures are highly personal," said Franken.

Think of the salute that US Secretary of State John Kerry gave when he came on stage to accept the Democratic nomination for president during the 2004 campaign. He raised his arm and said, "I'm John Kerry, and I'm reporting for duty." Franken observed: "Kerry looked stiff and people wondered if he really meant that in all seriousness."

Normally, people use too little gesturing, or they repeat a single gesture on cue from the script: for example, “(said with a sweeping motion to the audience)”.

"When your whole person is behind your speech, you are more enlivening and authentic," Franken said.

Nothing comes across more vain and self-focused than not knowing your audience or addressing them appropriately.

Think of the message sent by the executive who speaks to a globally telecast meeting with "good morning," when it's not morning for all the audience, said Joan Detz, a Pennsylvania-based international speechwriter and author of How To Write & Give A Speech.

Let's not forget, you want to sway the audience, advocate a new way of thinking or prompt a particular approach. If the audience feels snubbed by your self-importance, you make the job of persuading much harder.

Judy Gould, a consultant to medical non-profits based in Albi, France, near Toulouse, recalls an American keynote speaker from a prestigious US university whose thoughts were roundly dismissed because she was out of touch with the European mentality.

The professor had been hailed for her dynamic ideas on leadership, but she repeatedly got the context wrong, Gould said. "All of her examples were about US politicians involved in sex scandals. Most of us in the audience did not know who she was referring to and, really, (using) sex scandals as examples to a European audience?” Gould said.

Since you will know your audience well, it’s critical to convey it, and the second person helps.. Sometimes a simple observation helps: "Many of you have travelled far to be at the conference today... or you may be new to the industry."

When Chris Parry, formerly an officer with the Royal Navy, accepted a job as the chief executive of the Independent Schools Council in the UK, he soon found his former career seeping into his language when advocating school reforms. However, he soon found that military metaphors didn't go over too well with educators. Soon after a speech in 2008, he changed jobs.

Parry’s main sin was of evoking the wrong metaphor. Professor Jonathan Charteris-Black, a linguist based in the UK, says metaphors work at a subconscious level to help people gain control over feelings of uncertainty that arise from change. But using the wrong one, or the wrong one for a particular audience, can wreak havoc.

The odds of a mistake run high: People use about six metaphors a minute, says Simon Lancaster, a London-based speechwriter and the author of "Speechwriting: The Expert Guide."

If Parry had looked to nature's own, such as "winds of change," "bleak outlooks" or "green shoots," he might have gotten further with his audience.

In business, metaphors often evoke journeys, such as those that relate tough times as "stormy seas." In politics, a common metaphor draws on religion and morality. Think of former US President George W Bush's "axis of evil”.

When these metaphors are overused, they quickly lose their punch and become dull. Audiences tune out. But, that doesn’t mean you should abandon the tried-and-true. Some of the most creative metaphors come from shifting a well-known metaphorical frame, said Charteris-Black. A good example is the quip: "A rising tide used to lift all boats. Now it lifts only the yachts."

The key, said Lancaster, is to speak in a metaphor that is readily understood by the audience. "If a speaker doesn't, the consequences can be catastrophic: a metaphorical clash,” he said. Lancaster offered the example of Britain’s National Health Service, “where managers habitually speak using car metaphors, such as 'driving' change and 'accelerating' reform, whereas clinicians habitually speak using war metaphors, (such as) 'fighting cancer' and 'getting resources to the front line’."

A successful speech comes down to seducing the audience into your way of thinking — through your presence, your energy, your attitude and your choice of words.

"A good speaker doesn't impose his views overtly,” Lancaster said. “He weaves the proposition in among the audience's pre-existing ideas so they think they came up with the idea themselves."