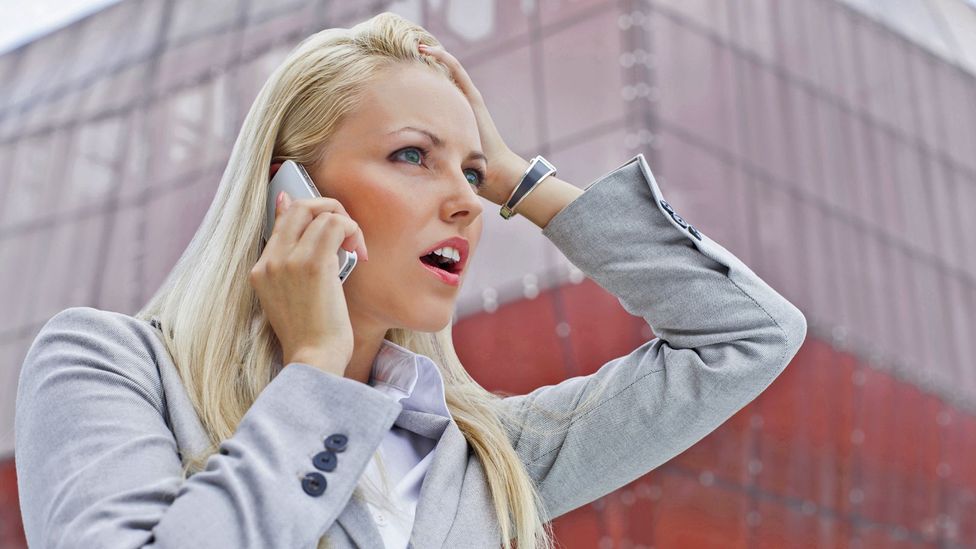 An abrupt response to a simple telephone greeting changed the trajectory of Gayle Cotton’s career. When Cotton began her career working at the United Nations in Geneva in the early-90s, she answered a routine phone call with a polite, “Hello, how are you?” Surprisingly, the person on the other end of the call was annoyed. “He answered, ‘That’s none of your business. Now what I want to talk about is…’,” recalled Cotton, now president of Circles Of Excellence Inc, which offers training and coaching programs to global clients from its offices in the US and Europe. It was nothing personal; the caller, a Swiss German, wanted to get down to business, and the personal was irrelevant. She began answering her phone using just her last name — emulating her colleagues in Geneva. The experience and some similar interactions led Cotton, author of [Say Anything to Anyone, Anywhere](http://www.amazon.com/Anything-Anyone-Anywhere-Cross-Cultural-Communication/dp/111842042X/ref=sr_1_3?ie=UTF8&qid=1348578282&sr=8-3&keywords=say+anything+to+anyone%2C+anywhere), to her current career. In an increasingly globalised workplace, where team members might be spread across continents and clients spread even more widely, communicating proper cultural norms can be the difference between working well together and securing a deal — or watching things crumble. To learn more about cross-cultural communication, click on the arrow above to scroll through. (Thinkstock) 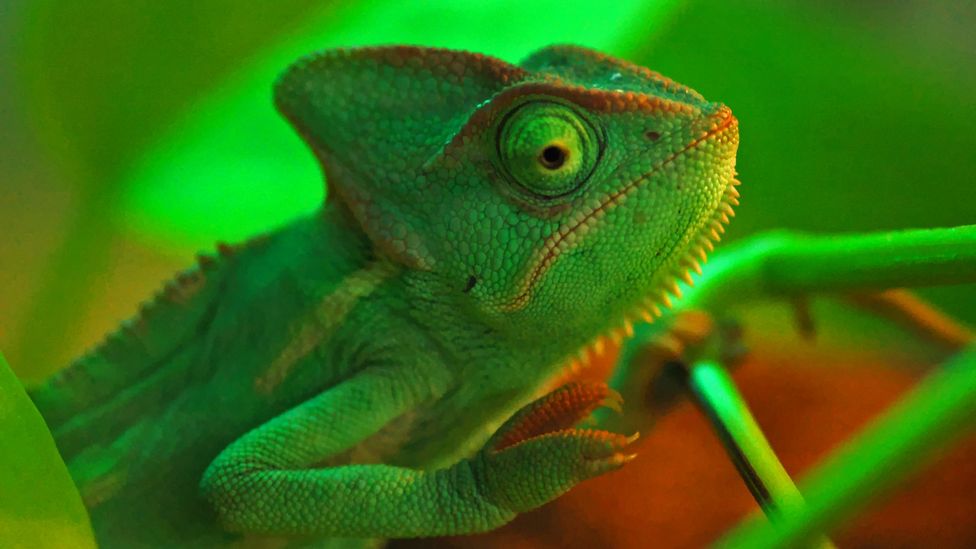 Many professionals err in assuming it is enough to speak a common tongue when speaking with people from other cultures. In fact, spoken language is only 30% of communication, says Denis LeClerc, professor of cross-cultural communication at Thunderbird School of Global Management in Arizona, USA. How people say things, how they listen, body language and how they perceive authority all influence interactions. Not recognising those vital factors can result in crossed wires and serious miscommunication. “There are companies that have been caught up increasing employee diversity for years,” said LeClerc. “They hired people in different countries to save on cost and increase diversity, but they then reach a point in that diversity that there is no financial return because those teams are absolutely dysfunctional.” LeClerc says he finds people focus on do’s and don’ts, such as not showing the soles of your shoes in Muslim country and how to shake hands. Those behaviours, he says, are easy enough to teach. But communicating seamlessly across cultures requires a “chameleon” approach, he said. That requires being ok with changing who you are and how you think from a cultural standpoint — and also being comfortable with being a little uncomfortable. Here is what you should know to effectively communicate across certain cultures. Keep in mind that cultural traits should never be taken as absolutes. LeClerc always cautions his students against making cultural attribution errors and assuming people will be a certain way. While particular communication style may be fairly common in a certain culture, individual people, businesses and industries also have their own styles. (Thinkstock) 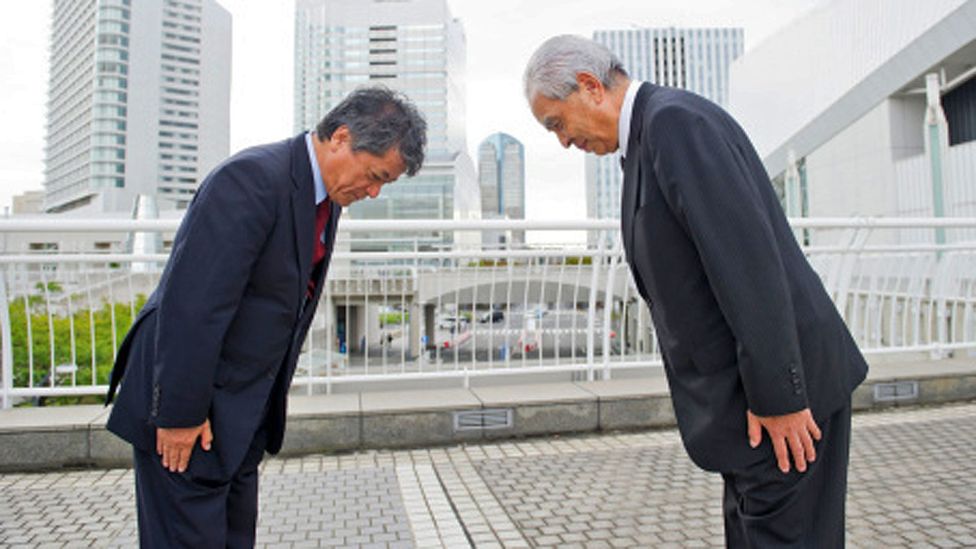 Respect and honour are prevailing themes that influence typical Asian communication style. This quickly becomes apparent in speaking patterns. There is a strong emphasis on listening, and many Asian business people, following what they are taught growing up, will wait for a sentence to end before responding, then also wait for a couple of beats of silence before talking. “You can imagine the outcome on a global team for those individuals who are waiting for silence that never comes,” said Erin Meyer, a professor at INSEAD business school in Fontainbleau, France, who specialises in cross-cultural management. Business people from Asian countries tend to be stronger negotiators compared with managers from Western cultures, said Cotton. That’s because they wait to speak — which often throws off the people on the other side of the table — and they reveal very little with facial expressions and body language. “They will pause and be quiet and honour us to show what we have said is important to them and that they are reflecting on it,” said Cotton, who travels internationally frequent from her US base in Dallas. “They don’t want to respond hastily, and (Americans) often don't get that.” Asian cultures also are the least direct cultures in the world, said Meyer, author of [The Culture Map](http://www.amazon.com/The-Culture-Map-Invisible-Boundaries/dp/1610392507). (However, the level varies. For instance, Indians are much more direct than Indonesians, she said.) Open criticism, negative feedback and the word “no” are almost always avoided, because they all are considered highly disrespectful. “Maybe is a no,” Cotton said. Asian cultures tend to be very hierarchical. Authority is highly respected and meetings that straddle hierarchy are not encouraged. For instance, vice presidents meet with vice presidents or their equivalent, but rarely a senior executive. LeClerc recalls a time when he botched an opportunity to develop a relationship with a Korean company. When he crossed paths with the head of human resources, he mentioned being appreciative of the opportunity to work together, though the deal was not yet closed. LeClerc realised immediately he had overstepped by mentioning it to a higher-up in a very hierarchical culture. The Korean also read between the lines as per Asian communication style — though LeClerc was not implying anything with his words — and thought there had been an advancement or decision without his signing off on a deal. LeClerc’s contact, a former student, later came to him and informed him that minutes-long interaction had in fact cost them the opportunity. “I had the cognisance in that situation, but not the mindfulness,” he said. “And both are key.” (Getty Images) 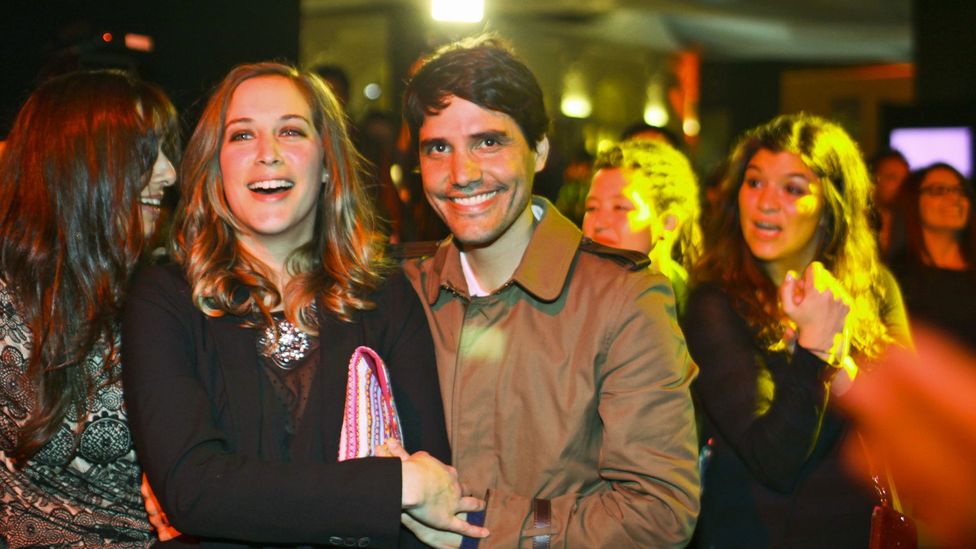 In Latin countries, including Italy and Spain, family is priority — and business is also very relationship-focused. Meaningful small talk is a necessity and something people engage in freely and enjoy, asking in earnest about families and weekend activities. There is much more room for feeling in communication in Latin countries than in many other places, be it gesticulating or subjectivity. Presenting decisions or ideas subjectively with phrases such as “I feel” mixed in with research is acceptable and often well received, said Cotton. Latin countries also have a great respect for authority figures and defer to them. One Swedish person working in Mexico told Meyer he realised he needed to change his communication approach after he voiced disagreement in meetings — intending to contribute to the conversation — and the group would go silent. But, “when he voiced an opinion people automatically lined up behind it,” she said. “And he realised he needed to get the dialogue going in another way.” (Ernesto Benavides/Getty Images) 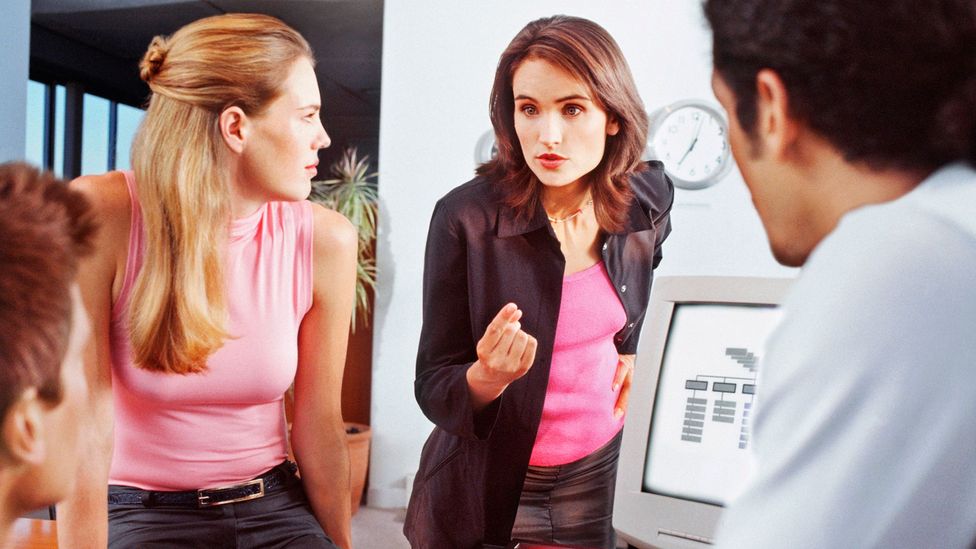 Independence and personal initiative characterise US communication style, Cotton said, because US work culture is very outcome-oriented. People of varying status are given the authority to make decisions, and they are expected to speak up. “In the US we wouldn't hesitate to say, ‘Sure, I can do it’,” Cotton said. “There’s more ego involved in that ‘I’ than in other countries.” When she works with non-Americans who will be working in the US, she always urges them to be assertive. US communication style also prioritises clarity, Meyer said. “We tell them what we’re going to tell them, we tell them; and then we tell them what we told them,” she said. “And that style often comes off as condescending to other cultures.” Feedback is given in a very distinct way in the US, too, Meyer said. A negative is often heavily sandwiched between multiple positives. Meyer tells a story of a French employee, recently transplanted to the US. Her boss informed her that her performance needed to change. But because he delivered the negative feedback by expounding first on what he appreciated about her work — and she was generally unaccustomed to receiving positive feedback — she floated out of the meeting thinking it had gone well. (Thinkstock) 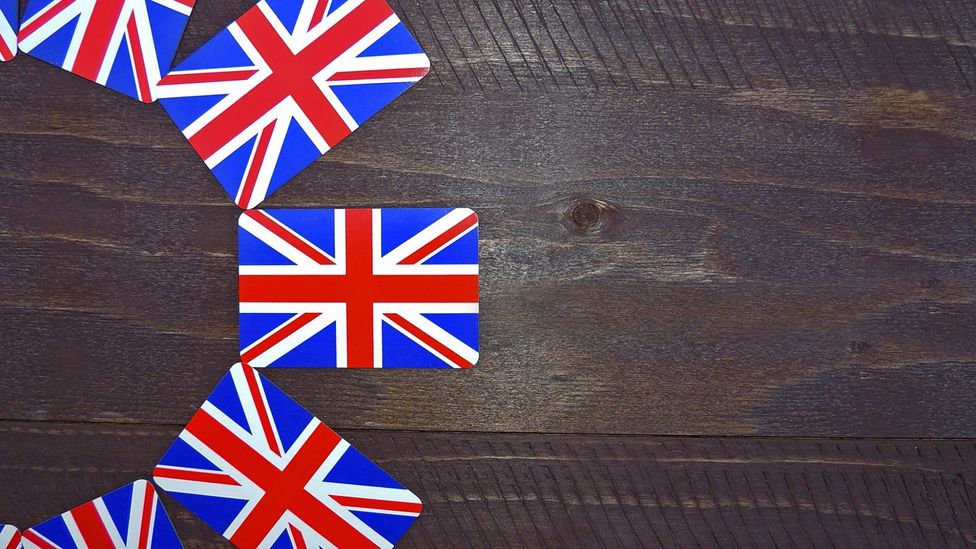 Even though English is a common language, there are clear distinctions in communication style between the UK and the US. In general, communication in the UK is more hierarchical, conservative and indirect. In particular, the prevailing UK communication style involves a lot of “downgraders,” words or phrases that introduce criticism in order to soften it, Meyer said. She recalls a German whose British boss suggested he ‘think about doing this differently’. The employee thought about it, and decided not to do it. “He was surprised later when his boss chewed him out for insubordination,” she said. In many Asian cultures, criticism or suggestions are generally not voiced outright. In the UK they are expressed, but obliquely when compared with American, German and Scandinavian cultures. For example, “that is an original point of view,” or “could you consider some other options?” all are cloaked British negatives Meyer details in an article for Harvard Business Review, [How To Say ‘This Is Crap’ In Different Cultures](http://blogs.hbr.org/2014/02/how-to-say-this-is-crap-in-different-cultures/). Cotton also reminds people that British English and US English are not the same. To “table” something means to put it aside in the US, and in the UK it means to discuss it at that moment, for example. Communication, of course, is not uniform across the UK, just as it varies in regions in the US. Northern Ireland is more relaxed, for one, and informal words like “blarney” which implies embellishing the truth are used more frequently in business settings than in other UK nations. (An earlier version of this story has been corrected. "Ireland" was corrected to read "Northern Ireland".) (Thinkstock) 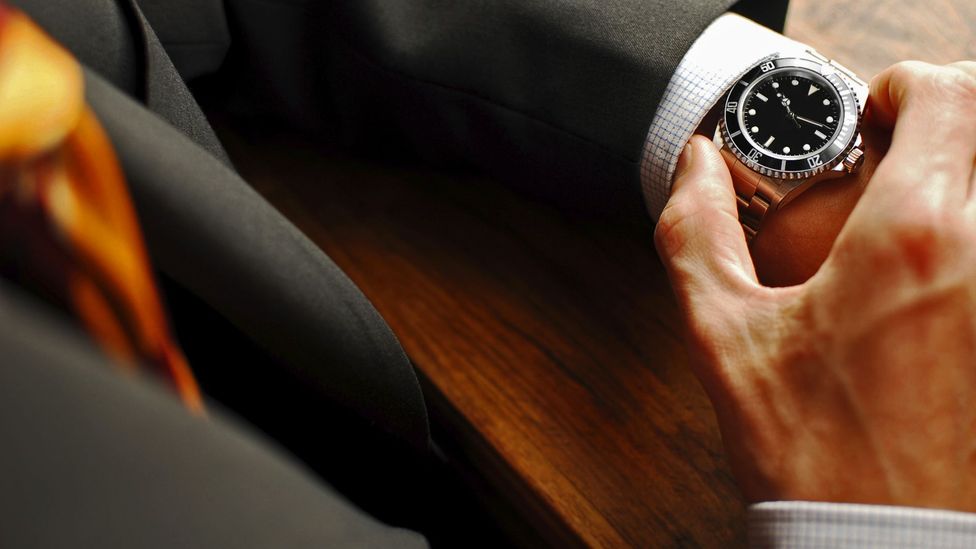 Germany, Scandinavia and the Netherlands: Precise and pointed

Germanic, Scandinavian and Dutch communication styles can be traced to the languages themselves, which are very precise and direct, Cotton said. “There is no fluff,” she said. “They are frank, serious, direct and detailed.” These cultures also tend to be very objective. When topics are presented they want facts and research as backup. Meyer said, in particular, the Dutch give and receive very honest and direct feedback — and it’s appreciated as a sign of respect. The Law of Jante, which is little known outside of Scandinavia, offers 10 rules to live by such as “you’re not to think you’re anything special”. The law, which emphasises the collective over the individual, is pervasive in Scandinavia, according to Meyer. As a result, the region is likely the most egalitarian place in the world, she said. In fact, Meyer says, it’s often difficult for an outsider to pick out the boss when watching people in a meeting in Scandinavian countries. (Thinkstock)