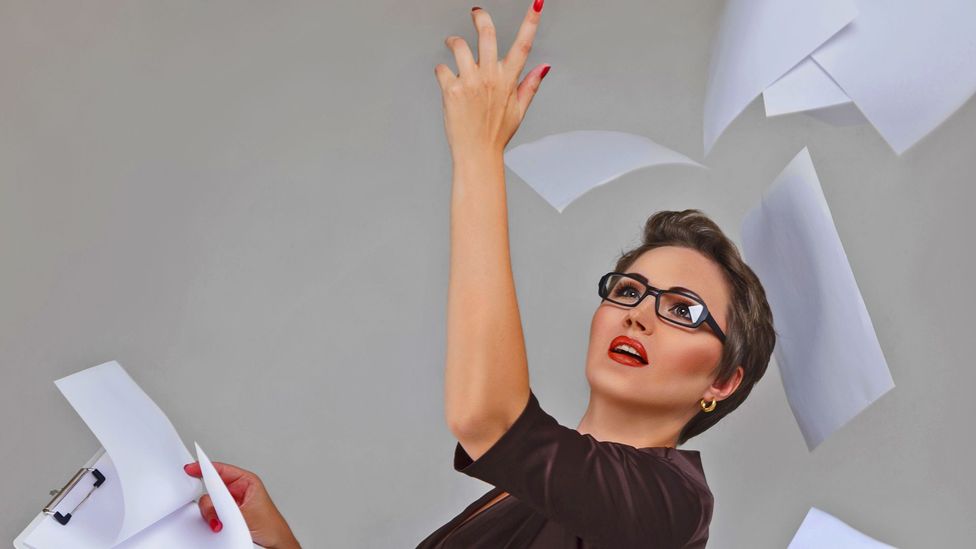 I can’t take a gamble on someone who can’t follow the first instructions I give.

We’ve all heard the stories about job interviews gone wrong, like the eager young applicant who brought a sandwich to the interview, because, after all, it was lunch time.

But a candidate’s first impression begins long before the interview. It starts with cover letter and CV or resume, which often are far from blemish-free.

BBC Capital asked recruiters, hiring managers, and career coaches to share some of the most egregious errors they see in applications — and how to fix them.

Cut and paste isn’t your friend

Matthew Lanier, a Boston-based corporate recruiter at technology staffing firm Eliassen Group, recalls the resume of an applicant in her twenties, who had mostly retail and customer-service experience. So he was surprised when lower down on the CV, he found an executive-level position with a major finance company and dates of employment spanning almost 10 years. Turns out the applicant had searched professional-looking resumes online, found one she really liked, and cut and pasted her own experiences over it. But, she mistakenly left some of the other person’s work history and personal contact information on the document.

“You have to assume that your entire resume will be looked at prior to being contacted, and that a careless mistake could be the difference between getting the job you want or being passed over,” wrote Lanier in an email.

There’s also another important reason to take the extra time—you can more easily support your story in interviews, according to Lanier.

“There is a huge difference between the candidate who can naturally apply their experience to the questions being asked of them versus one who is looking down at their resume for every answer,” he said.

When Ed Zitron, founder of EZPR, a public relations firm in San Francisco, listed an opening for a paid intern on InternMatch.com, he received more than 100 applications. Not one contained a personal cover letter.

“Every single one was a form letter, clearly copied and pasted,” said Zitron by email. Worse, almost none of the applicants even bothered to “put my name, or the firm's name, anywhere in the body” of the cover letter.

“I'm so easy to Google: you type my name in, there's my Twitter, there's my personal and my professional website,” Zitron said. “Getting even the most basic facts… is easy.”

His advice: Don’t send a generic cover letter, ever. Instead, share a bit of who you are and how that might relate to the position for which you are applying. Spend a few minutes Googling the firm. If you have a contact’s name, Google that person, too.

Executive career coach Irene McConnell has clients who tell her they apply to more than 100 jobs per week. This is a big mistake, according to the director of Sydney-based Arielle Careers.

“The recruiters remember your name and begin to associate it with ‘that dude/gal who spams me every time I put a job ad up’,” McConnell said.

Think of it like a house that’s on the market for too long. You start wondering what’s wrong with it and why it won’t sell.

Don’t think recruiters don’t know which applications have made the rounds. Some tell-tale signs: a resume and cover letter that are completely non-aligned, the wrong recruiter's name or an incorrect role of interest, according to McConnell. The recruiting world is a lot smaller than you might think.

“If you damage your reputation in the eyes of recruiters, it will be more difficult to get a call back even when you put a thought-through application in,” McConnell said.

Keep photos to yourself

Roy Cohen, a New York-based veteran career counsellor and executive coach, remembers when a new client included an image of herself in a bikini in her application packet.

She had come to him for job search advice and strategy because she was frustrated that she wasn’t getting beyond the first round or getting many interviews.

“In advance of our first session, I asked her to provide me with a little background, a resume, and a sample cover letter,” said Cohen in an email. “That's how I discovered her very wrong approach.”

She wanted to work in marketing for a hedge fund and told Cohen that she knew that hedge funds typically hired "babes,” so she thought the photo might give her the upper hand.

While it is quite common in Europe to include a photo of oneself when applying for jobs – and sometimes it is even requested by companies – it is not expected and is often frowned upon in the US. Even where it is expected, keep it professional and current.

Cohen counselled his client against the use of the photo, not just for its inappropriateness but also because it was quite dated. “Imagine the awkwardness when you discover that a candidate has misrepresented the facts. In this case, by submitting a photo that is 10 plus years old,” said Cohen. “In addition to feeling like a ‘bait and switch’ occurred, interviewers are likely to wonder if the candidate is delusional or simply prone to lying.”

Shikha Arora, senior recruiter with SAP Asia, who is based in Singapore, has had other photo issues. “I received [an] application from an experienced professional from Hong Kong. The file size was 14 MB and I was taken aback to see more than 10 pictures shared in the document,” she wrote in an email. Some of the images were of the applicant receiving rewards and other showed him doing a favourite hobby.

“In my opinion, not the best way to tell and sell your story,” she said.

Emily LaRusch, founder of Phoenix-based virtual receptionist services firm Back Office Betties, likes to test applicants’ attention to detail right from the start. Recently, she included in a job posting two straightforward instructions and a mention that anyone who didn’t apply as instructed wouldn’t be considered.

She received more than 30 applications in two days; only three people followed the instructions, and only one of them had a good command of English grammar. She is the only one who LaRusch is even considering for the post.

“This is supposed to be where applicants put their best foot forward, so I can’t take a gamble on someone who can’t follow the first instructions I give,” said LaRusch.

Don’t be too sure of yourself

Amy Silverman, managing editor of Phoenix New Times, recently advertised a food critic opening on the newspaper’s food blog. What she quickly learned: “Everyone eats so everyone feels like they could make a great food critic.”

More troubling, Silverman found that a lot of people out there don’t take the application process very seriously. Whether it’s refusing to submit a resume or making up excuses, she’s seen it all. As one applicant put it, "I don’t have a resume. I’m a business owner and, quite frankly, have complete disregard for resumes. They’re snapshots of what a person wants you to know, not a synopsis of who a person really is. That type of understanding can only be gained through interaction."

Needless to say, Silverman didn’t give the applicant a second glance. Another applicant talked about “wetting” one’s appetite and another who mentioned her own “little to none experience in food.”

Her advice: “If you want a job writing, don’t send a cover letter with typos and grammar errors.”