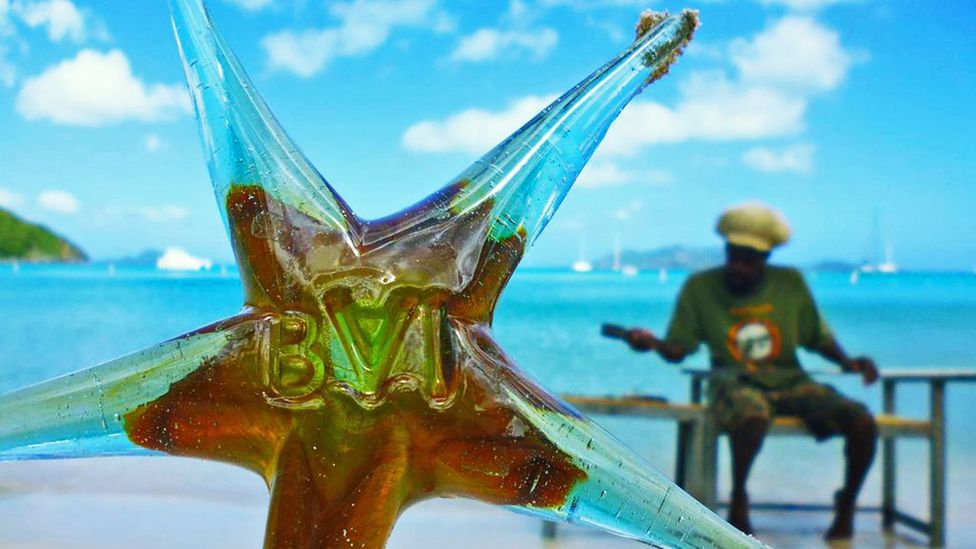 Reduce, reuse, recycle. It’s a motto to live by, and one that an increasing number of entrepreneurs have tapped into as the “green revolution” gives way to making money from sustainability. Consumers have become increasingly concerned about the origins of the products they buy, according to experts. And, as purchasing habits change, small businesses have found they have much to gain in sales and customer loyalty by sourcing sustainably produced goods. “It provides depth and colour to the stories of their products, provides access to new customers, new markets and even to influential media members that may otherwise be uninterested,” explained Alex Morgan, senior manager of sustainable value chains and sustainable agriculture at the Rainforest Alliance. Many small-scale or eco-entrepreneurs are finding success by upcycling, or using waste material to create something new – be it with busted truck tyres, discarded beer bottles or bullet casings and bomb shells. Scroll through the images above for a look at five organisations finding innovative ways of turning trash into treasure. (Image: Todd Van Sickle) 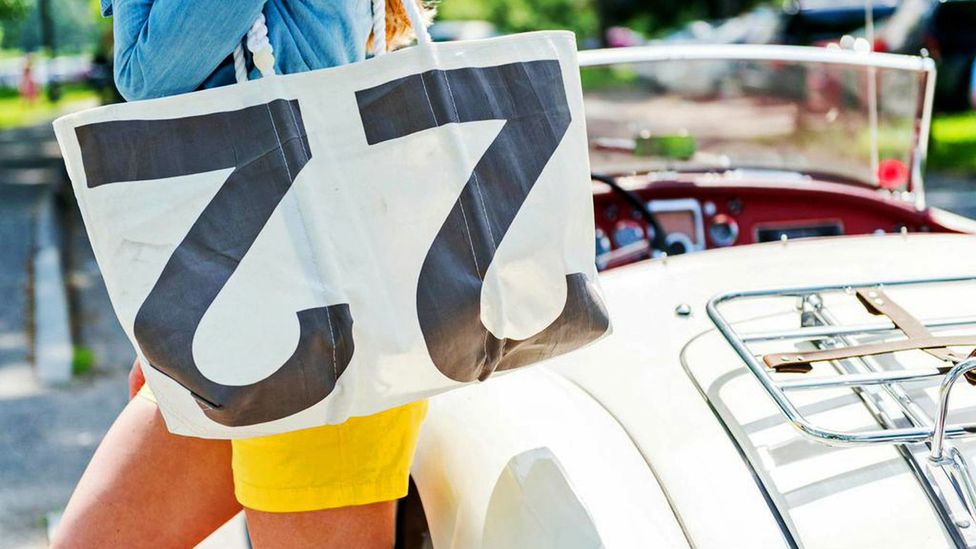 Nestled between a seafood processing plant and a seafood market on Portland Harbor in Maine, US, lies a small company that takes its inspiration for designer tote bags from boats that sail past its office every day. “We’re on a working dock with lobstermen and fishermen as neighbours,” [Sea Bags](seabags.com) co-founder Beth Shissler said,“ so the inspiration was sails that were being thrown into landfills that had a perfectly good second life to them.” Sailing enthusiast Hannah Kubiak started Sea Bags in 1999. The company incorporated in 2006 when Shissler joined and has grown from a mom-and-pop operation, making 45 upcycled bags a year, to a business of just under 50 workers producing more than 55,000 bags. Dr Iain Davies, an associate professor at the University of Bath School of Management in the UK, said a small business with a green message tends to have an advantage that can help it grow. “It’s a way to enter a very stable marketplace and to actually gain market share,” he said. That was certainly the case for Sea Bags, which now has two full-time acquisition managers who purchase used sails from sailors before they reach the landfill. Each is treated, snipped and stitched back up with appliques into one-of-a-kind bags that sell online for between $100 and $200. The cost of each sail varies depending upon its size and condition. And, as for sourcing raw materials, supply is steady. “As long as sailors sail, Sea Bags will have sails.” And, sales, presumably. Shissler said the fast-expanding company is constantly working to reduce its waste and get a better yield from its raw materials, and has invested in new technology to produce a greater array of recycled products – all from discarded sails. “What used to be scraps are now used for smaller products, such as wristlets, coasters, placemats and hangtags,” she noted. “Using truly disposable raw material has helped drive profitability.” (Image: Sea Bags) 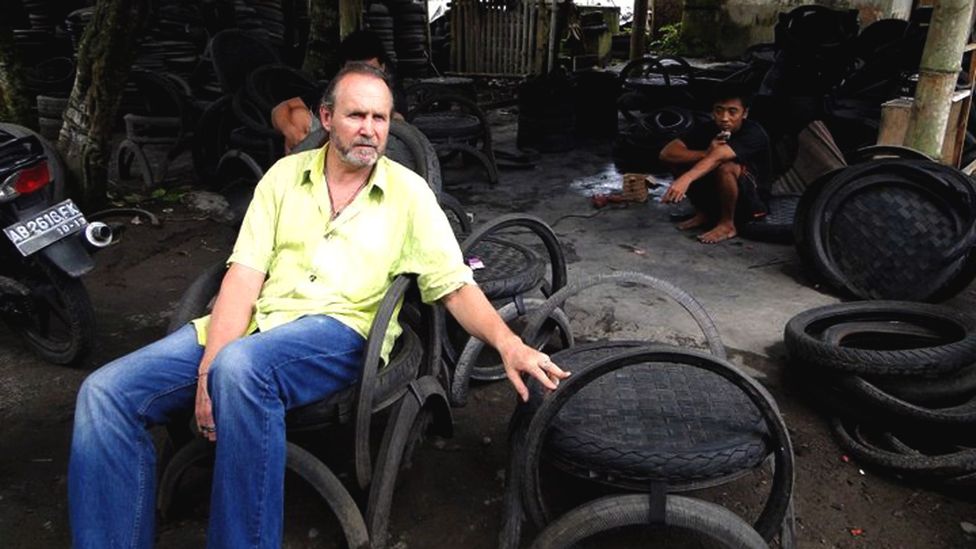 David MacElwain fell in love with Indonesia in the 1990s after travelling there on holiday. But it wasn’t until 2007, when his son took over his Alberta-based ceramic tile company, that he was finally able to realise his dream of starting a business offering fair-trade products from Java and Bali to the Canadian market. MacElwain opened [Bali & Beyond](http://baliandbeyond.ca/recycled-rubber-tire-furniture/) in 2008 using savings from the tile business. One of the most popular items in the Calgary store is a line of furniture made from recycled rubber tyres, which came about after a trip to the Javanese city of Yogyakarta in 2010. MacElwain stumbled across a small factory making bowls and flowerpots from discarded tyres and convinced the workers to make designer furniture instead, using only the recycled rubber and galvanised screws. “I showed them some pictures of what I was looking for, invested some money in the factory (about $1,000) so they could get tooled up to do what I wanted them to do, and it’s really evolved from there,” he explained. MacElwain also sells Indonesian furniture made from reclaimed boat wood, but it’s the recycled rubber tyre furniture that has truly captured consumers’ imaginations. Videos of the Yogyakarta factory posted to the Bali & Beyond YouTube channel receive upwards of 4,000 views per month, and MacElwain said people from around the world email him with questions about the upcycled furniture and how they can purchase it. He ships about 500 pieces a year to his two stores in Alberta, and has sold a percentage of his stock wholesale, both locally and in Portland, Oregon, in the US. He also helped a friend to import some of the current production to Australia and New Zealand. The recycled rubber tyre furniture has been a profitable business from the start because of its low cost and high mark-up (as much as four-times). MacElwain said he plans to dedicate more time to building it up in the coming years. “There is no end to tyres, so there will always be lots of tyres to make things out of,” he noted. “It’s environmentally friendly, it’s providing employment for several Indonesians, and it has the potential to grow much bigger.” (Image: David MacElwain) 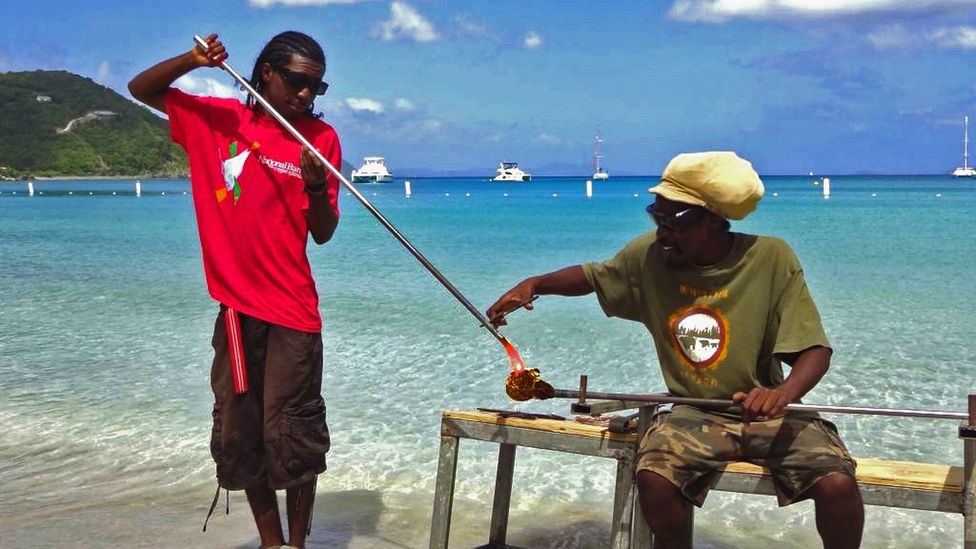 Cape Town-native Charlotte McDevitt was working towards her master’s degree in Industrial Administration from the University of Cape Town when she relocated to the Caribbean in 2006, lured by the pristine beaches, crystalline waters and sailing lifestyle. Her thesis on waste reduction and resource management in the British Virgin Islands eventually led her to start an organisation that turns trash into tourist trinkets. “People really love the BVI and what they love most about it is the environment. They want to support protecting it, but they also want a souvenir,” she said. McDevitt's master's research concluded the isolated island territory needed to use waste as a resource, rather than send it to a very limited landfill. But when she brought her findings to the local government in 2008, nothing was done. That’s when McDevitt took matters into her own hands and set up [Green VI](http://www.greenvi.org/) on the island of Tortola with startup money from the UK government’s Overseas Territories Environment Programme and matching funds from local companies. Its focus is on finding innovative ways of using waste, water and energy to balance development and conservation of the natural environment. Green VI is involved in various programmes, such as clean energy campaigns and sustainability training, across the British overseas territory, but its showpiece is the glass studio in Cane Garden Bay where tourists watch as glassblowers melt down wine and beer bottles discarded by local restaurants. The artists then turn the recycled glass into everything from starfish paperweights to decorative cups and bowls. Prices range from $10 to $250. Glass sales rose from $163,526 in 2013 to $207,594 already in 2014. With new machinery powered by vegetable oil and additional glassblowers, Green VI is gearing up for an even bigger year in 2015. *Above: Glassblower Daryl "Lion" McClean on the beach in Tortola.* (Image: Green VI) 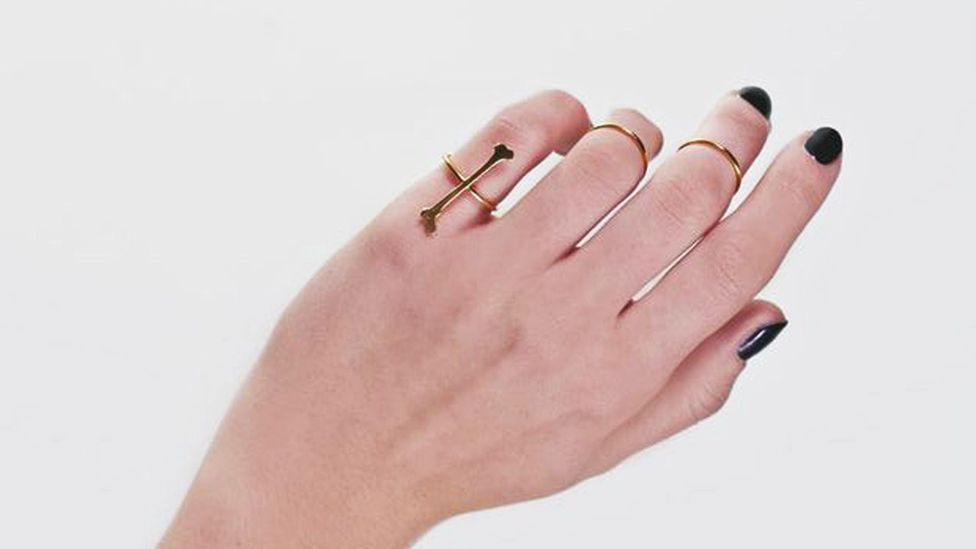 Seattle natives Anna Mischke and Jesse Morrow always knew they wanted to work together, so when Morrow visited Mischke in Phnom Penh, Cambodia last year, a serendipitous trip around the country gave birth to an idea. They could make upcycled jewellery out of detonated bomb shells and discarded bullet casings. Mischke, who followed her mother to Phnom Penh three years ago, said she and Morrow wanted to use their creative talents to breath new life into objects of war. The pair also wanted to “work with a team that was business savvy, Cambodia-based, utilised materials in innovative ways, and treated their employees fairly,” Mischke said. They found just that in Rajan Workshop, an independently run Cambodian association. A volunteer photography gig for the workshop last August sparked a lasting business relationship, and the Seattle-ites officially launched their jewellery line in February. Its name, [Temper](temperbrand.com), is an homage to both the tempering process of the metals and the history imbued in them, through a play on words – remnants of weapons of war, fired in anger. Mischke, a model, sketches the prototypes, while Morrow, a videographer, renders the designs. The workshop melts down the scrap metal after it’s delivered, usually by companies who search for detonated bomb shells and bullet casings left over from the country’s civil war (1967-1975) and genocide under the Khmer Rouge (1975-1979). The resulting jewellery sells for $44 to $68 online and in Cambodian retailer Paperdolls. Mischke and Morrow split the startup funds for Temper 50/50 using their savings. They’ve already broken even. Mischke believes the company caught on with consumers in a very short time because “having that bit of story behind the jewellery makes it interesting.” “When our buyers find out that the pieces are made from recycled bullet casings and bomb shells, metals that were used to harm and kill in the past, which have been turned into something attractive ... it’s particularly exciting,” she said. “They are literally wearing a piece of history.” This concept has won Temper plenty of fans, including fashion blogger Kaitlin Elaine, who urged readers of her Feel & Flourish blog to stop and think before they purchased another cheap metal ring. “Think about the bigger picture,” [she wrote](http://feelandflourish.blogspot.com/2014/04/ff-feature-temper.html). “You'll know you're contributing and supporting something bigger than your shopping habits.” (Image: Jesse Morrow) 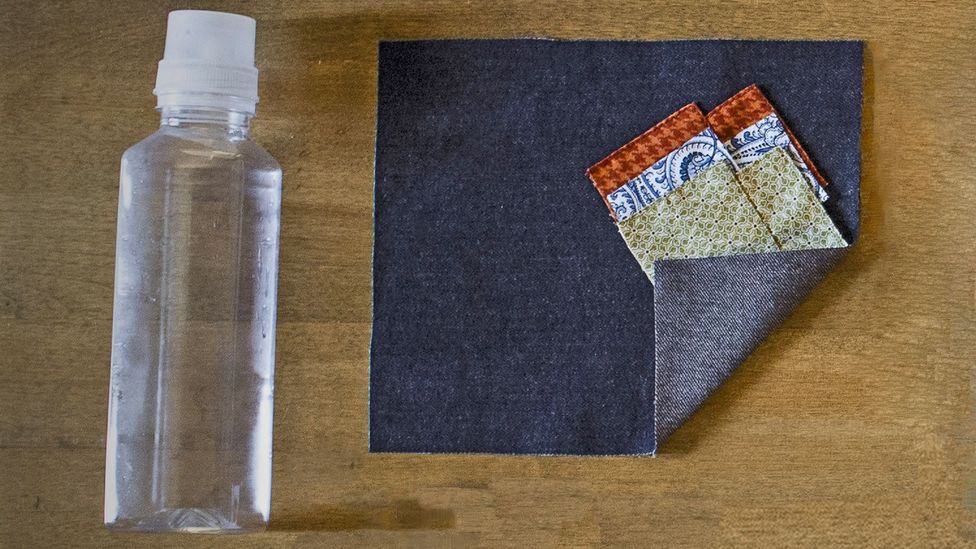 Where denim and plastic mix

Canadian investment banker Andrew Moussa left the finance world this past February, signed up to crowdfunding website Kickstarter, and successfully raised $20,000 to start an eco-friendly denim company in Montreal that makes jeans out of recycled plastic bottles. [Imperium Denim](http://imperiumdenim.com/) jeans are named after icons like Mahatma Gandhi, Nelson Mandela and Martin Luther King, Jr., and sell for $204 online and in several Montreal boutiques. Fabricated in Quebec by supplier Cone Mills for a “reasonable price,” each pair contains eight plastic bottles that have been melted, blended into a polyester fibre and woven into the cotton. Moussa declined to disclose detail on company financials. So what exactly do jeans made with plastic feel like? “If I blindfolded you and told you to put on the jeans, you would have no idea that they included eight plastic bottles,” Moussa explained. “If they felt like plastic no one would buy them.” One backer of Imperium Denim’s Kickstarter campaign threw their support behind Moussa because he made “awesome jeans,” while another commented that the company was “leading the next wave of fashion.” “We are very pleased with the success of Imperium Denim and have been getting great attention from the media and bloggers,” Moussa said. “In terms of growth, we plan on...getting into more stores in Canada and the US.” Imperium Denim isn’t the only fashion company using upcycled materials in clothes. Levi’s launched its Waste<Less jeans last year, which contain at least 20% post-consumer plastic recycled content. The company said it repurposed approximately 7.9 million recycled bottles for its jeans in 2013, while “sustainability-enhanced products” comprise around 20% of sales in the Levi’s brand in 2014. Dr Davies, the management professor, said companies both large and small are finding that offering upcycled products can be a powerful tool in driving sales. “If a company has something in place to be involved in an upcycling process it can help alleviate some of that consumer guilt about consumption,” he said. “It makes consumers feel good, it makes them feel part of the wider community, and part of the ‘better group of people’ because they bought these products … and are associated with these values.” (Image: Imperium Denim)