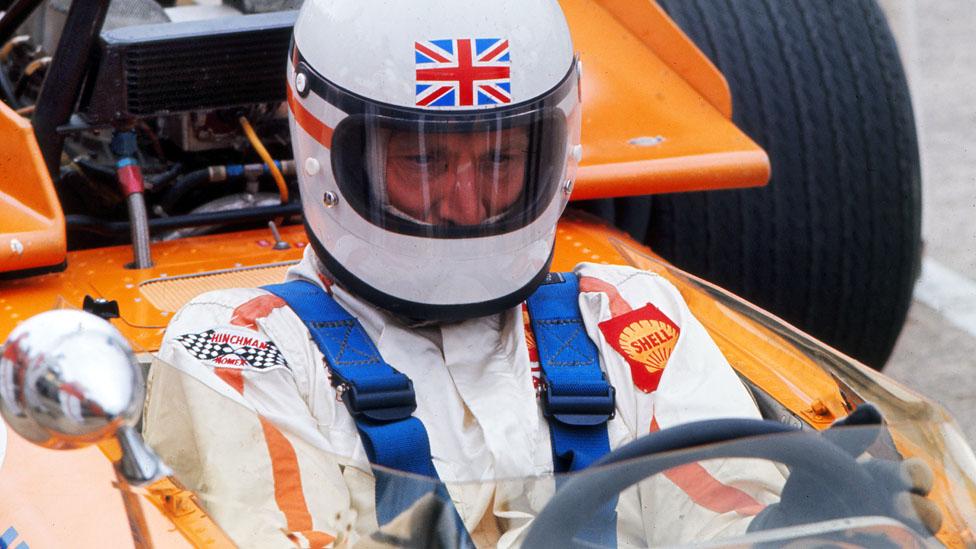 When Formula 1 driver Derek Bell stepped into a race car and switched on the ignition, life's distractions melted away.

Bell, who raced from 1968 to 1996 for teams including Ferrari and McLaren, would think of nothing for the next few hours but tire pressure, how much gas he had left, and how the car felt going into a turn. Nothing but the track.

“The experience of being totally committed, being totally into every detail of driving, it’s like a Zen experience,” recalled Bell, a native of Britain now living in Boca Raton, Florida. “You never get a chance to lose your concentration because driving takes every ounce of it."

The focus Bell experienced in his race car, of being so committed to the moment at hand, can equal success in business too. These days it’s called living in the moment or being mindful. And while mindfulness might sound like management speak, research shows having an intense focus on a particular task — rather than multitasking — can make you more productive and effective at work.

As a manager, it means creating ways to help your staff intensely focus on their work, said Michael Chaskalson, an author and mindfulness expert. “It’s about managing your attention and the attention of your staff to the present moment,” Chaskalson said.

Since living in the moment isn’t something that’s taught in most schools, Chaskalson recommends training programs on mindfulness, usually eight-week sessions that incorporate everything from meditation-based breathing techniques to neuroscience-based methods to improve focus and productivity. The companies that do this already include Apple, Deutsche Bank, General Mills and Google.

Working mindfully means giving up on the idea of multitasking, said Theresa Glomb, professor of organisational behaviour at the University of Minnesota’s Carlson School of Management. That’s right: the idea of doing a bunch of things at once is a great recipe for doing a bunch of things poorly, with none of them getting the full attention they deserve. “This leaves managers in a constant state of distraction,” Glomb said.

Consider that open-door policy many managers today have striven to adopt. While it promotes creativity by allowing a manager to be more accessible, the downside is constant interruptions, making focusing on work difficult. Instead, Glomb suggested that managers create office hours, like university professors. If that doesn’t work, simply ask the employee to come back at a later time that suits you — and your work.

When it’s impossible to ignore an interruption, Glomb recommends keeping track of where you were. Quickly jot down three ideas about the task and what you were about to do next so you can seamlessly pick up again where you left off.

Living in the moment also means setting routines, Glomb said. Start your day by prioritising your work load. Big or difficult tasks should be handled first thing, when your attention is at its most acute. As for emails and less important meetings, save them for later in the day. And, before leaving work, make tomorrow’s “to do” list or open documents you need to work on the next morning.

“Mindfulness doesn’t need to be sitting on a cushion and meditating,” Glomb said. “Sometimes it’s just about pausing and reflecting and thinking about your next direction.”

Bell, the two-time World Sportscar Championship and five-time LeMans winner, remembers when thinking about his next move meant keeping himself alive. It was like that in France in 1995 during a rainy 24 Hours of LeMans, the endurance race with three drivers taking turns behind the wheel. Bell was about to head into the pits to switch drivers when his crew came on the radio. His replacement was too tired and couldn’t take over. Bell had to continue.

“The attention needed to drive in the rain all night long, it was intense,” recalled Bell, whose team finished third that year. “You either needed to have all your focus or you would be in trouble.”

That was easier for Bell, a seasoned veteran, than younger drivers. At first, drivers struggle with all the dials and knobs in a cockpit, constantly monitoring the gas, and always being worried about how the brakes feel.

“When you start, everything is compartmentalised, and you always have to go through a mental checklist,” Bell said. “All these things come naturally as you get older, and you start just doing things without thinking of it because you’ve honed that attention.”

Imagine then as a manager doing the same thing: every task in front of you gets nothing but your complete focus — and then your complete confidence as well.