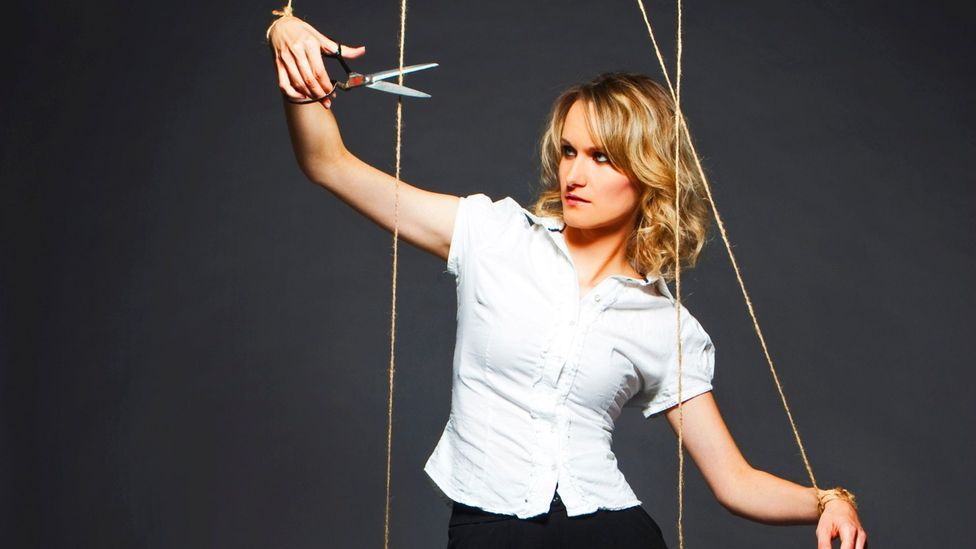 Angela Negro returned to her job after a holiday to find that nobody in the office would speak to her. Literally.

Even the assistant she had hired just weeks earlier wouldn't utter a word.

"I went home in tears. My boss wouldn't talk to me. No one would talk to me. It was as if I wasn't there," Negro said. Finally, someone explained that the boss had told everyone to ignore her. “If we [speak to you], we'll lose our jobs," Negro recalled her colleague saying.

It was the mid-1990s and Negro had been working at a research company in Paris for about six months when the silent treatment began. All told, it lasted about three months, despite her efforts to talk things out with her supervisor. "It was just awful. I finally blew up and quit," said Negro, who now lives in Toulouse.

Was she the victim of a bully boss, or simply someone who exerted extreme control? In many instances, bullying and bad behaviour in the workplace is all about control.

Experts on controlling relationships say moving on, as Negro did, is often the best and only successful tactic for ending the harsh treatment — at work and in personal relationships. That’s in large part because control-prone people likely won't change. But if you must stay because you need the salary or for other reasons, you'll need strategies for dealing with controlling people.

It starts with understanding the motivation for the behaviour, holding your ground and managing the problem with minimal involvement. Here’s how to identify a controller’s purposes, take charge and keep your sanity:

The DNA of a controller

Controlling behaviour from a colleague or boss has various origins — some you might not have considered. Perhaps your colleague is afraid of losing his position, or perhaps he is hiding his own incompetence, insecurities or fears.

“Many times controllers have been passed over for a promotion,” said Jim Warner, author of The Drama-Free Office: A Guide to Healthy Collaboration with Your Team, Coworkers, and Boss. “Then the bitterness leaks out on their colleagues and they try to manage their peers. The controller will second-guess or behave as a perfectionist."

Lesley Stephenson, an expert on anger management based in Zurich, Switzerland, said people may have good intentions, even if their behaviour is destructive. "Understand that the other person may care too much," she said. "Or perhaps the controller may not trust the delegation process."

Whatever the reason, controlling attitudes can make the workplace a minefield, leaving victims unsure where they stand, explained Warner, who is based in Boulder, Colorado, in the US.

"I thought I had done something wrong, but I couldn't pinpoint it,” said Negro, who never learned why her boss controlled colleagues so tightly. “Getting treated this way makes you put yourself in question."

California-based Patricia Evans, author of Controlling People: How to Recognize, Understand and Deal with People Who Try to Control You, said it is crucial to listen for ways a controlling person tries to enter your mind and dictate your reality.

At work, it may come up when the controller says, "Let me do it. We know you're not good with numbers."

Note the emphasis is on "we". Someone who uses "we" in this way claims to know the other person's perception of his own abilities — or the entire group’s perception of the person, Evans noted in her book.

Other examples: "I know why you raised that question in the meeting. You're trying to [fill in the blank]: ... claim territory as your own, bring attention to your idea, look good in front of the boss."

This is another example of how the controller claims to know the inner motivations of another person. "If someone defines you, even in subtle ways, they are pretending to know the unknowable,” Evans said. "You can become exhausted trying to explain, 'That's not what I want, think, am trying to do' and so forth. The constant stress can lead to physical illness, sleep problems, confusion and depression."

Another big sign that a person is trying to control is the question "why”, said Warner.

"A 3-year-old genuinely wants to know why the sky is blue,” Warner said. "But almost all 'why' questions in the workplace are a statement shrouded as a question. Never answer a why question."

Here’s how it works in practice.

Controlling colleague: "I saw your papers on the copy machine. Why are you working on that project?"

Possible translation: "You shouldn't be working on that project."

"Simply reflect back," advised Warner. Don’t get defensive or try to rationalise with emotion.

Another option is engaging someone about his behaviour: "John, it sounds like there's something else coming up for you with this project."

Be careful with this option, however. An engaging response can still escalate controlling behaviour. The controller might say: "I asked you a question. Why are you working on that project?" Warner's proposed answer, "John, what is it that you really want?"

Often controlling behaviour is enforced with belittling or anger. Sometimes this occurs in private so the controller can keep the other person from having "evidence" of the hurtful behaviour. Negro says her boss in Paris would explode, but only behind closed doors. In the open, he used strategies such as silent treatment.

As difficult as it might sound, you must attempt to stick up for yourself, experts say.

"Sometimes people don't want to speak out because they feel their job is in jeopardy,” said Stephenson. "My experience is that once the person does speak up, they find 10 other people who feel the same way."

Speaking up might mean taking a firm and direct approach with the controlling person, even if this doesn't suit your style. You've got to push back strongly. Warner said, "If you have a weak boundary, [controllers] steamroll over it."

You can minimise the behaviour by refusing to engage with a controller on her terms, by managing her behaviour through careful dialogue or reducing interactions.

That’s important because if you stay in such an environment for too long, "it has pathological negative consequences, meaning you'll get sick or it will impact the other relationships in your life,” Warner said.

In the end, if you have lived at odds with a controlling person for a long time, the best resolution may be to focus on letting go — or what in another setting may be called forgiveness.

"I can cling to it and suffer, or I can let it go," said Warner. "Accept what happened. Take a deep cleansing breath. Look in the windshield instead of the rear-view mirror."