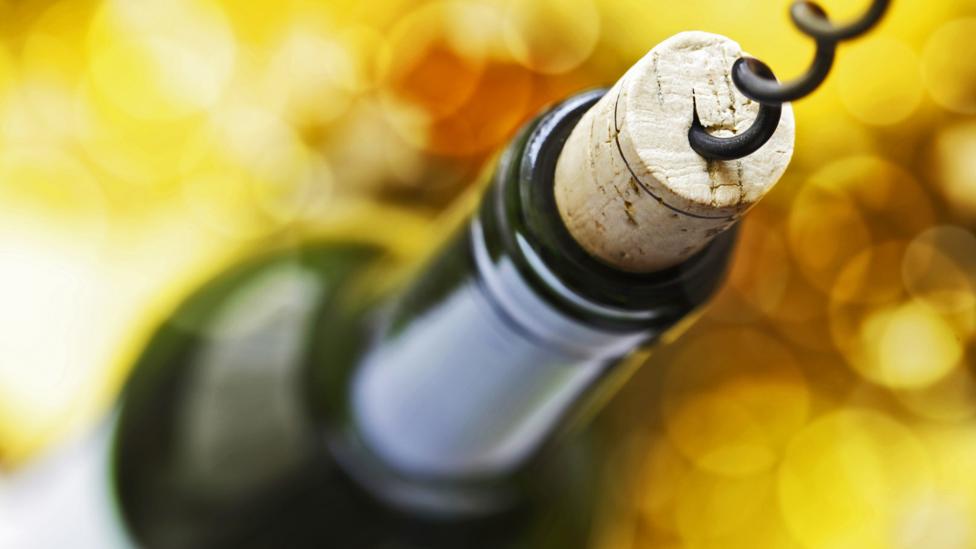 It’s a great opportunity to meet lots of new people.

Out of the way Avon and Pampered Chef. Wine is the newest excuse to throw a party, sell things to your friends and neighbours — and make a little money.

“I tried selling cosmetics and nutritional products, but couldn’t make a go of it,” said Diane Nozik, a 35-year-old mother of two married to an active-duty sailor in the US Navy. Then Nozik had a flash of inspiration after her husband took her to a number of wine tastings “and I really enjoyed them.”

Since she had wanted to make a little extra money, without the hassle of storing boxes of goods, Nozik had found the perfect solution.

Nozik isn’t alone in her enthusiasm. Around the world, people are seizing the opportunity to work in the wine business through what is known as direct selling. Similar to an Avon representative who comes to a customer’s home with cosmetics to show, try and sell, representatives who handle direct-to-consumer wines arrive with five or six bottles for a tasting. To comply with various laws, the representatives don’t actually sell the wines. They take orders and send those back to the company, which then handles billing and shipping the wines.

While there are no global figures on how many people have turned to direct sales of wines, US wineries have reported a surge in shipments to consumers. According to Wines and Vines, a trade publication, direct-to-consumer winery shipments were up 13% to $1.75b for the 12 months ending in October.

Germany’s WIV Wein International AG has been selling wine through home tastings since 1953. In that time it has expanded into 23 countries, including Germany, Switzerland and the United Kingdom.

US wine companies that have direct sales programs include WineShop at Home, Boisset Wine Living and Traveling Vineyard. New sellers pay one-time fees — ranging from $49 to $199 — and in return, the wineries send them a set of glasses, notes about the wines, help in setting up a website and a home business, and depending on the package selected, up to six bottles of wine for the first tasting.

Most of the estimated 16.8m direct sellers in the US are women trying to earn extra cash while setting their own schedules, according to the Direct Selling Association. 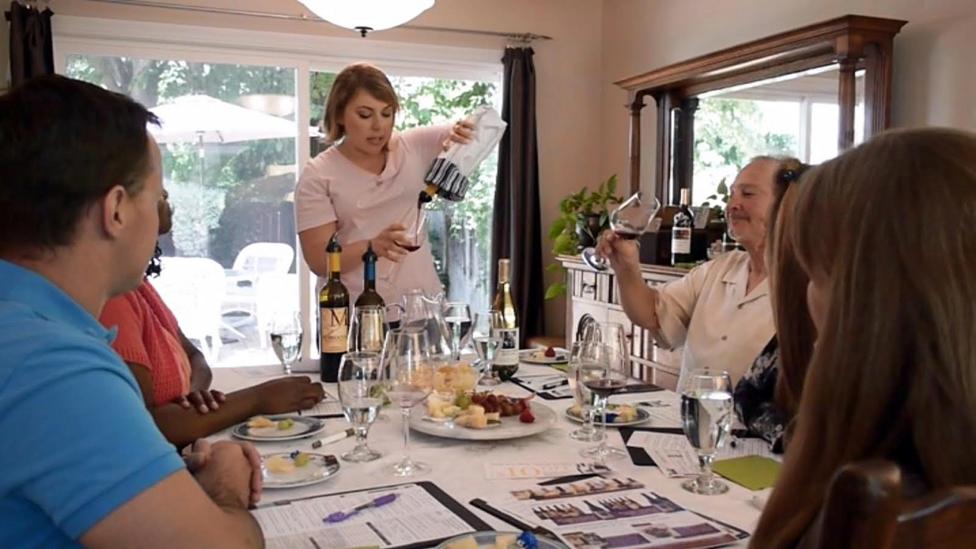 Diane Nozik pours a glass of wine at a tasting event in the home of clients in California. (WineShop at Home)

In Europe however, “the wine business is a man's world,” said WIV spokeswoman Sandra Beck. WIV has about 2,000 direct sales staff in Europe and those wine consultants do not pay any fees.

Founded by the Pieroth family, which has been making wine since the 17th century, WIV  also has a foothold in France and Japan. Since import duties were eliminated in March 2008 in Hong Kong, that region’s wine market has been booming, as has Pieroth’s share of it. The company’s China website says it has grown by almost 80% in the last four years and it advertises job openings for wine consultants in Beijing, Shanghai and Shenzhen.

No matter where wine consultants work, their pay is commission-based. Commissions range from 15% to 40% depending on the amount of wine sold during a month. Wine prices range from $14.50 a bottle all the way up to $200 depending on the company. Each company has a slightly different monthly average sale. On average, a tasting will generate $500 in sales for Traveling Vineyard, $600 in sales for Boisset Wine Living, and $500 for WineShop at Home. Depending on the total at the end of the month, the wine consultant may see as little as $75 for each tasting.

Some 70% of direct sellers in the US work 15 hours a week or less, according to a 2014 Harris Poll study for Direct Selling News. The study of 3,549 people found the annual median income for a seller was about $6,200. Some 40% told the researchers they were working to supplement their income, while 23% said they wanted to pay down debt.

Business is simple, but not easy

Jenny Kuzbek was a part-time elementary school teacher living in a small town near Colorado Springs, Colorado, with her husband and three children when she signed up with Traveling Vineyards in March. By late 2014, she had stopped teaching and focused exclusively on direct selling. She holds six tastings a month and the work has provided her with enough income to allow her to be a stay-at-home mother.

“One of the things I really like about it is you start with your friends and then you quickly move out to people you don’t know at all, so it’s a great opportunity to meet lots of new people,” Kuzbek said.

To be sure, selling isn’t for everyone. For one, the time spent going to a client’s house and conducting a 3-hour wine tasting event may only result in few dollars in profit. Another drawback is that most consultants are just that and not full-time or part-time employees, While they can enjoy the flexibility, they lack the benefits employees enjoy.

Most direct sellers realise this job is good for only short stints. “We do have people who will come into the business for a certain period of time. They come back at the holidays,” said WineShop at Home’s CEO Jane Creed. “People are always coming in and out of the business.”

To boost income, Kuzbek is forming her own team of Traveling Vineyard wine guides whom she will help train and mentor. She will earn a slice of their sales, just as her mentor earns a small portion of her sales. None of the wine consultants would disclose their compensation.

WineShop at Home’s Nozik is way ahead of her.

“My first goal was if I could make $3,000 to $4,000 a month, I would not have to work full-time ever again,” she said. While she declined to say how much she makes now, Nozik said it is enough to allow her to stay home. Nozik became a team leader and that team is spread across the US in part because of her husband’s job in the Navy. The couple has moved six times to three different states in nine years.

Her earnings and the amount of time she spends on the business are unusual in the industry, according to the Harris Poll study. Just 15% of direct sellers earn $50,000 or more annually.

“It’s a business. It’s a simple business, but not an easy one,” Nozik said. “You do have flexibility. You get to decide how much you want to do. But it doesn’t mean that it doesn’t require work.”