Losing a job can be traumatic, right? Not always. There are a few times you may have been sacked for reasons that send you out the door giggling.

We turned to question-and-answer site Quora to find out the funniest reasons employees lost their jobs. Here’s what respondents had to say about the moment that cost them.

Too tasty to resist

When the boss says you can help yourself to the product you’re selling, there may be a limit on just how much you should take. Virali Modi’s first job was working for Dunkin’ Donuts. “I got fired on my second day for eating the donuts,” she wrote. “In my defence, I would go there directly after school and I was hungry. The manager said it was okay to eat some, but sparingly. Well, I got caught eating about 12 munchkins.”

Eating your fill is one thing, food fights another. One Sunday morning, while working at Dunkin’ Donuts and preparing for a rush of customers after a church service, Cyndi Perlman Fink and her best friend, Barbara, both at the time just 15 years old, were tasked with filling donuts with jelly. “We were usually really good employees,” she wrote. But that morning the two got carried away. “When the owner came in to check on how things were going, we were in the middle of a whipped cream fight, donuts were all over the back of the store, strawberry jam was everywhere. We were covered with sugar and whipped cream from head to toe, and then we were out the door.”

Murat Morrison’s downfall was “airmailing” soft drinks to a colleague working the drive-through window at a fast-food restaurant, in an effort to speed orders up. “My co-worker and I decided that we should practice with short throws first, and it went fine,” he wrote. “Within a few minutes I was zinging the suckers all the way from the front counter and he was catching all of them with no problem…

“My last one hit the general manager square in the face, as he rounded the corner, and into the line of fire,” Morrison continued. “I sort of knew before I saw him because Mike's face went into "Oh Jesus, don't" mode right as I released the perfect spiral… Coke went everywhere, all over his face, shirt, the sandwich prep area, cash register, ceiling, floor, other employees. Everyone that was at the counter waiting on their food, all of the employees that did not get soaked, and I busted out laughing. I was being escorted out the back door within 30 seconds, under full protest.”

Not everyone’s personality is suited for certain jobs. Simon Brown’s gig as a barman lasted just three hours. “There was a guy at the bar who ordered drinks and every time he ordered exactly the same drink he would give me less than what the drink cost,” Brown wrote. “This happened four or five times and got me bloody frustrated.”

Brown lost his cool, leaning up close to the customer and telling him “mate, you know how much your drinks cost,” then firmly ordered him to pay up, using a few expletives in the process.  “I then got a tap on the shoulder and the manager said he didn't think I had the right demeanor for the job.”

More than you bargained for

Overselling your credentials can come back to bite you. When Dan Smith was 17, he worked for a year clearing tables at a restaurant in the Paris Hilton under the title commis-débarrasseur. Upon returning to England, he applied for a job at a local hotel in town. “Well, when they saw my certificate from the Hilton in Paris, they were very impressed,” he wrote. “I loosely translated commis-débarrasseur as 'waiter', perhaps hoping to boost my chances even more. They didn't question this. They took me on. To cut a long story short… it turned out that this was a proper restaurant, which did things like silver service (serving food directly onto the plate at the table). The Hilton restaurant was little more than a posh burger bar by comparison. And they thought I was a waiter. I don't know if you've ever seen a Norman Wisdom film, or perhaps Mr Bean or Johnny English. That was me.”

A fiasco ensued. “I was halfway across the restaurant when my hands started sending major alarm signals to my head,” Smith continued. “The plates were glowing hot, as of course they should be, and I had to unobtrusively place one in front of each customer… I was desperate to just fling the plates down and get to a cold water tap. I danced around like I needed a wee as I slammed a plate in front of each person. If they were leaning forward on the table I pretty much shoved them out the way. Then I had to serve food… I think I ended up sliding the stuff off the side of the dish so it dropped onto the plates. At least one item landed on the table or rolled off the plate.

“I've removed most of it from my memory, but I do remember the realisation dawning on the maître d's face that I was not a waiter. In a rare quiet moment he pulled me to one side and asked me exactly what my job had been at the Hilton. Um, mainly sort of clearing tables and laying them again, that sort of thing. His face drained…

“So, anyway, they very politely told me they'd had a think and maybe I wasn't suitable after all. I was told I could go early. So early, in fact, that I was nearly home when I met my flatmates who were just heading out to meet me as a surprise after my first day at work.”

Sometimes, despite one’s best intentions, the stars don’t align. “My employer let me go because of her astrological forecast,” wrote Jerome Chang. “I wasn't amused at the time; it was my first gig.”

And when an outbreak of tornadoes hit downtown Atlanta in 2008, the business where David Durham worked was destroyed. “It wasn't wind that did it, it was the rain,” he wrote. “It completely flooded the place, which was partially underground. When I went to the unemployment office the next day I was asked the reason for my job loss. ‘Tornado,’ I answered. ‘Gosh, we've never heard that one before,’ they said.” 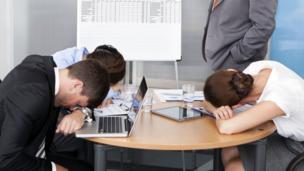 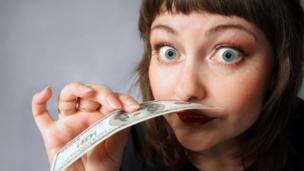 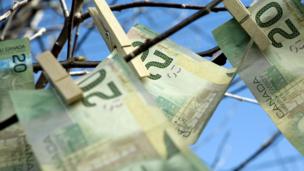 Money: The good, bad and better 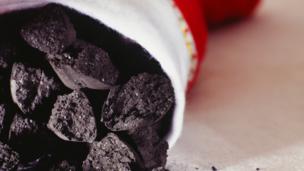 The worst bonuses ever