Loading
Personal Finance
Hi Mum, can I move back home?
Share using EmailShare on TwitterShare on FacebookShare on Linkedin 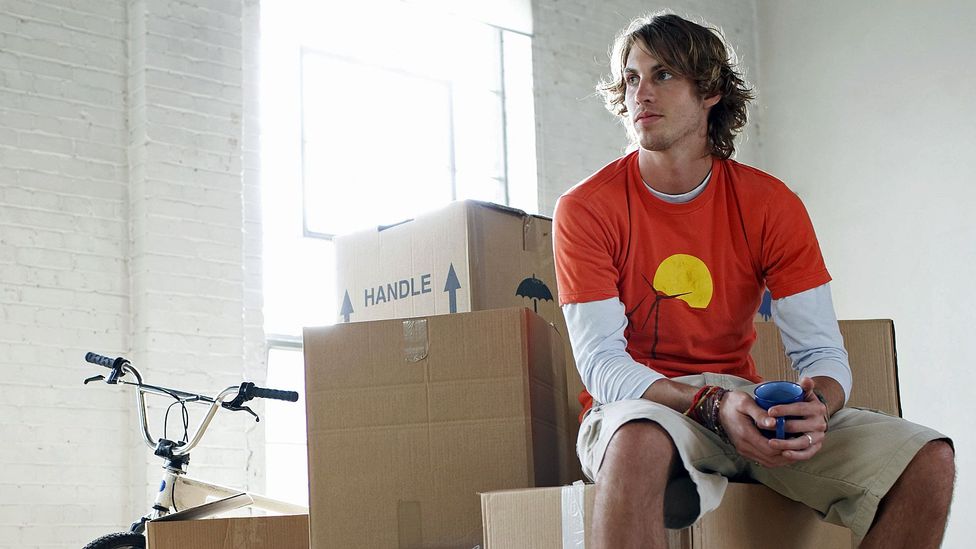 One of my boys has never moved out and he is about to turn 29.

Sam Mattingly has two grown children, and both of them still live at home. “One of my boys has never moved out, and he is about to turn 29,” said Mattingly, who works as a communications consultant and publicist in New Jersey in the US. “The other is 30 and moved back in with me two years ago.”

The situation has created some stress, but it’s difficult to push children out of the nest in an area of the country where rents are sky high and well-paying jobs are hard to come by. Still, Mattingly wishes he’d laid some ground rules ahead of time regarding how long his kids were going to stay and how the arrangement was going to work. “When my oldest called to ask if he could come back for a few months while he looked for another apartment, I made the mistake of saying okay,” Mattingly said. “Two years later, he is just starting an honest effort to seek a new apartment.”

“This particular issue happens a lot in Vancouver, where housing prices are astronomical,” said Julia Chung, a financial and estate planner with JYC Financial in Langley, British Columbia in Canada. “We get a lot of boomerang kids. It’s really common.”

But handling this situation is more nuanced than simply saying, “Welcome home.” Your child is no longer a child, so some ground rules — and a change in attitude — may be in order. Here’s where to start:

What it will take: You’ll need some clear communication from the start about expectations and house rules. “It’s really easy for us to slide by each other and assume the other person knows where we’re coming from because we’re family,” Chung said. “The biggest mistake in any family situation is that most people just aren’t talking about it.”

How long you need to prepare: If there are any hints that your offspring may be headed back to their old bedrooms, start thinking now about how you envision that working — and how long you’d be okay with them staying.

Do it now: Set a timeline. How long does he expect to be there, and what are his plans for getting out? It may feel heartless to put a deadline on a child’s stay, but independence doesn’t come from hanging out in your parents’ basement forever. “Only allow your child to move in if there are clear goals, such as wanting to save up enough money for a new apartment, or wanting to earn enough to buy a car,” said Amy Morin, a licensed clinical social worker and US author of 13 Things Mentally Strong People Don’t Do.

Talk about how they will contribute. Do you expect your child to pay rent, or pitch in toward utilities or groceries? It’s not a barbaric request. “Most children will avoid contributing to household costs because they always got everything for free before,” Chung said. But your child is an adult now, presumably with a job, and she can throw some money into the pot. If she’s unemployed, some parents will stipulate that a child can stay as long as she’s actively seeking a job.

Be sure you can afford it. Many people buckle down on retirement savings once adult children are out of the house (and presumably done with schooling). Adding them back into your household budget is only a good idea if it doesn’t sideline your other savings goals. “Stress-test your financial plan to ensure you know what is feasible for you in terms of supporting your kids,” said Elle Kaplan, CEO and founder of LexION Capital in New York City. “Then, be sure that you build those expenses into your plan going forward. You should really never dip into your retirement assets to address current financial needs.”

Do it later: Don’t be an enabler. Letting your child move back home after a divorce or job loss is compassionate — as long as you aren’t doing his laundry while he plays video games in the basement. “What I hear a lot is, ‘I was so excited to have them back home that I immediately started treating them the way I used to treat them,’” Chung said. Not only are you setting unhelpful expectations, but you definitely aren’t helping anyone get back on their feet by treating them like children.

Keep the conversation going. Check in frequently to make sure everyone is happy with the arrangement. “Too often, parents don’t say anything about their frustrations over the mess left in the kitchen or the spike in the electric bill,” Morin said. “But holding it in without talking about it leads to anger and resentment and it can damage the relationship.”

Take care of yourself. Having your kids back home can mean an extra squeeze in your already tight schedule. Don’t sacrifice your sanity to cater to everybody’s whims. “It’s easy to get caught up in your day job and come home to almost two families, because adult children have their own routines and lifestyles,” said Kathleen Shaputis, US author of The Crowded Nest Syndrome. “You have to make sure you get enough sleep and exercise and the right foods.”

Do it smarter: Treat your child like an adult. This may seem obvious, but for many parents it’s tough to remember. This person has lived on their own for at least a little while. They have built up some lifestyle behaviours that are different from yours. They’re also dealing with adult issues — such as debt, employment and even divorce — so avoid trying to “parent” them through it. “Ask yourself, ‘If this person was living outside of my house, how much help and guidance would I give them?’” Chung said. If you wouldn’t otherwise try to steer their financial ship, back off. When laying down ground rules, think of them more like a roommate than your child. “You assume that they remember what it was like to live in your house, and they don’t,” Chung said. “You want to approach it in the same way you would if you were taking on a student from a foreign country.”

Don’t be afraid to kick them out. When your kids have overstayed their welcome — or they’re simply becoming one with the couch — encourage them to get moving by making your home less comfortable. If you weren’t charging rent, start charging it. Assign more household responsibilities and limit guests. Pick a move-out date and have them draft a plan that would successfully help them fly the coop. “Parents can also ask, ‘What can I do to help you reach your goal to move out?’” Morin said. “If providing assistance in looking for an apartment or lending your car for a few weeks is all that’s needed, offering a little help can go a long way to preserving the relationship.”