Editor’s note (25 November): Black Friday deals will persuade millions of shoppers to part with their hard-earned cash this week. A look at what really prompts us to spend, spend, spend, from our archives.

Before the 26-year-old Indianapolis-based communications professional buys anything she asks herself a series of questions, such as, “do I need the item?” and “will it be useful in the long run?”

Once quite the spendthrift, Kumok blew through her budget, buying items on sale that she didn’t need and spending too much money dining out. While she didn’t max out credit cards or bury herself in debt, Kumok was spending above her means.

Those little tags really do crazy things to people’s minds.

She now has a list of products that she absolutely will not buy, including books, notebooks and office supplies — three things she doesn't need, but used to love to spend money on, to the detriment of her bank account.

A big part of the problem: impulsivity.  When Kumok moved to London for a year, for instance, she bought every guidebook she could find, including specialised titles like a book lover's guide to London and obscure guides to specific areas of the city. She couldn’t help herself.

Kumok, who now runs a blog called Debt Free After Three, didn’t read a single one of the guidebooks and had to pay $150 in extra baggage fees to bring them home.

Impulse spending is a big problem for many people. A 2012 Bank of Montreal survey, for instance, found that Canadians spend, on average, CAD $3,720 ($2,987) each year on impulse buys. A 2014 Creditcard.com survey found that 75% of Americans had made an impulse buy, with 10% of people spending more than $1,000 on a single item. A Nielsen study, conducted last year, found that impulsivity led 52% of people in Thailand, 48% of people in India and 44% of people in China to buy something they didn’t need. 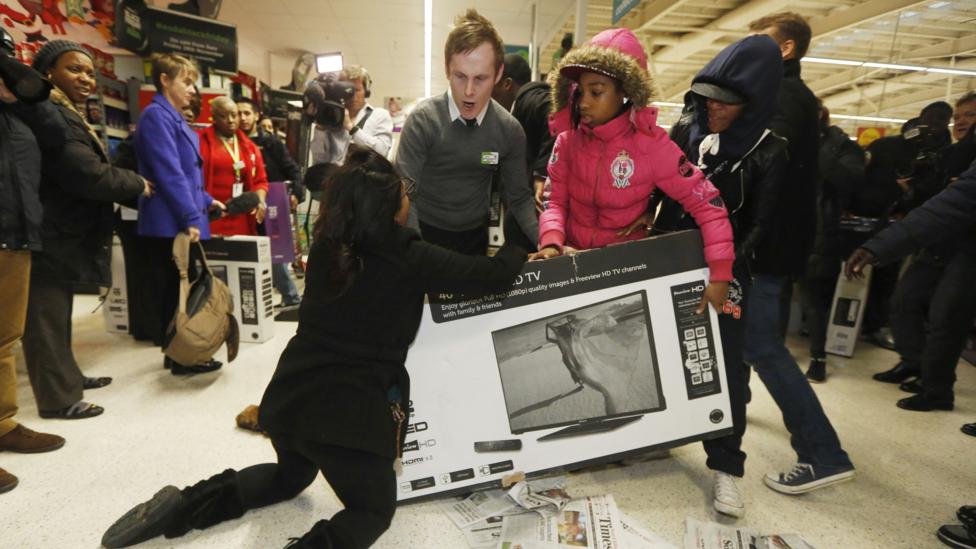 Why are people so prone to making split-second money decisions, many of which are detrimental to their bank accounts? And how can you resist the urge?

Ryan Howell, an associate professor of psychology at San Francisco State University in California in the US, said the impulse to buy, in part, is a survival instinct. Back in our hunter and gatherer days, when people saw something they wanted, they’d grab it, even if they didn’t need it, because it was likely they wouldn’t come across that item again.

“If you see something that seems to be running in short supply, you’re going to get it,” Howell said.

These days, such scarcity isn’t an issue — we can buy nearly anything we want if we have the means — but we often still approach life like our ancestors did, especially when it comes to a sale. When we see a 50% off clearance price tag, that scarcity impulse kicks into gear, Howell said. The feeling is, if we don’t buy that item now, it’s going to be gone forever — or at least at that good price.

There’s another reason why people buy things on a whim: it makes them feel good. Scott Rick, an assistant professor of marketing at the University of Michigan in the US has found that the concept of retail therapy is a real thing. For some people, if they’re feeling sad, shopping will make them happier because it restores some control in their lives.

It’s making the choice to buy or not to buy that helps people feel more in control. However, the choices have to be somewhat difficult to make and the outcome must be pleasant. “Those are typically the kinds of choices that characterise a shopping trip,” he said. “So retail therapy can be good in certain ways. We do get pleasure from consumption and my research suggests that it can help.”

Of course, that kind of “therapy” can end up being a lot more expensive than other types of control-restoring activities. Re-arranging a bookshelf or sorting through clothes to give to charity can also make people feel better about their lives, Rick said. 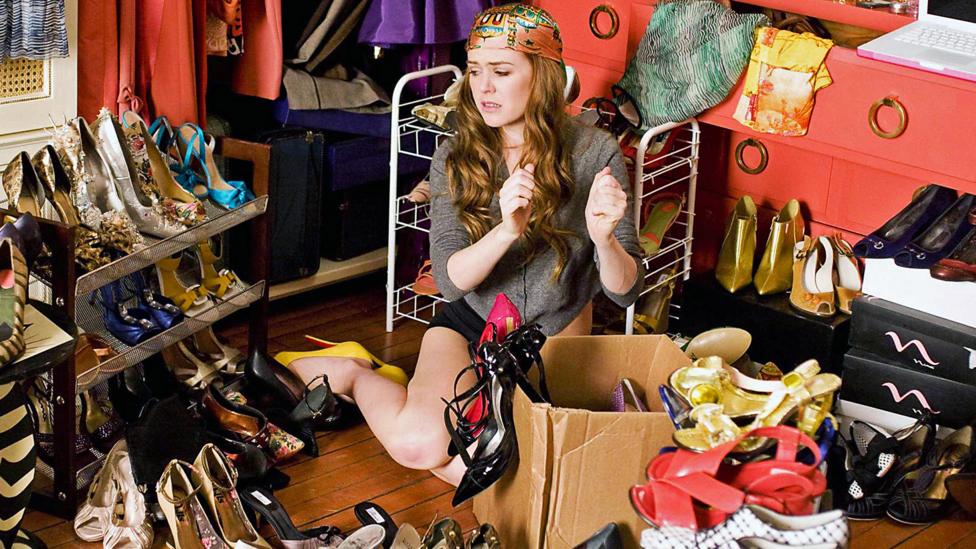 Are you a shopaholic? Could this be why? (Credit: Disney)

Some research has also looked into how touch impacts our money decisions. In 2003, in the US, Illinois’ state attorney general’s office issued a statement around the Christmas holidays warning consumers to be careful about holding an object as it might encourage them to buy it. It might have been one of the odder public service announcements, but research indicates that touching an object increases feelings of ownership — and we don’t like to lose things that we own, Rick said.

As soon as you feel something you become a “quasi-owner” of that item, he said. That’s when loss aversion kicks in — a theory that people can’t bear to lose money or goods — and it becomes difficult to let go, regardless of whether you need or can afford the item.

This partly explains why we simply must have that car we just took for a test drive or why losing a house to another bidder can be so devastating. Often, the moment we sit behind the wheel or walk through a place, we want it.

But, we don’t immediately hand over our credit card in exchange for car keys because there’s a lot more work that goes into purchasing a vehicle or a house than a video game or a pair of trousers. In the case of the former, there’s a built-in time lag between when we want something and when we buy, Howell said. “It takes a lot of time and effort to think about a house and to pull the trigger,” he said.

However, we still make bad decisions during bidding wars. It’s surprisingly easy to drop an additional $5,000 on a house, even if it’s over the price limit you had set. The worry? It’s scarcity fear again. If we don’t get this house, another one might not come along.

“There are a lot physiological variables that go into a bidding war,” Howell said, including the fact that it is exhilarating and emotional to bid and win.

Ultimately, our bad split-second money decisions come down to one thing: we don’t take the time to think. If that bidding war was done over days or weeks, rather than minutes or hours, it’s unlikely you’d keep hiking up the price of that house, Howell said.

Can you counteract your natural tendencies? With a bit of discipline, it’s possible. Howell suggests waiting 24 hours before making any would-be impulse purchases, big or small. Of course, that means you need to recognise when you’re being tempted. If you still want the item the next day, then buy it if you can afford it. But most likely you’ll have forgotten about it or the intense must-have feelings will have dissipated.

Another trick: start monitoring your spending and pay with cash. If you are able to see just how much you’re parting with, you are more likely to end up only buying the things you really want.

Purposely over-examining purchases and ruling out certain categories of items altogether has worked for Kumok. By running through her list of questions, she delays her purchasing decision and thinks hard about whether she needs an item. She buys almost no books these days and instead checks books out of the library, buying only tomes she really wants to own forever.

Of course, the urge to spend hasn’t disappeared. Just a few weeks ago Kumok walked into a store and saw a box of chocolates with a yellow tag on it. She thought the tag meant it was a sale and the familiar “buy now” feeling came over her. When Kumok got closer, she saw that it wasn’t a sale tag after all. Would she have bought the chocolates if they had been on sale? Probably, she said.