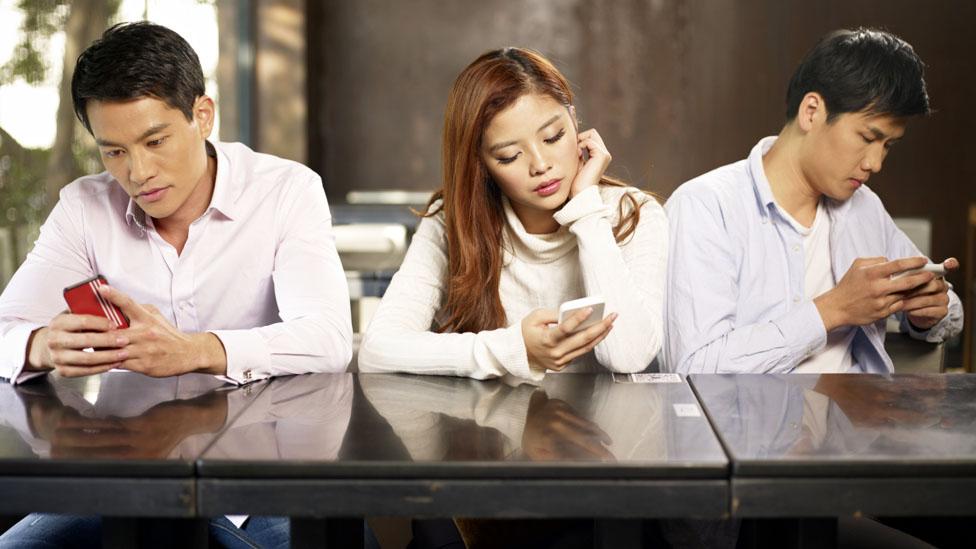 Millennials are more likely than Gen Xers or baby boomers to report that their productivity suffers at work because of smartphone distractions and ‘cyberslacking’ on the Internet.

For Alexandra Douwes, it’s a constant struggle to keep her mind focused on the matter at hand and block out email and other digital distractions.

The second she gets on a subway train or into a taxi in New York City, she instinctively pulls out her smartphone; it feels unproductive to do otherwise.

“It takes a lot of discipline to step back and stop technology from controlling you,” said Douwes, the 26-year-old cofounder of New York City-based Purpose Generation, which advises companies about strategies to connect with the millennial generation.

But she’s trying to lick her bad habits by doing yoga and developing new routines that enable her to be “mindful,” or present in the moment. She has stopped checking email during the first hour after waking up in the morning. At the office, she tries to concentrate on one item on the day’s “to do” list for a full hour, then rewards herself with 10 minutes to search the web or send some emails and texts. What’s more, she and her colleagues at Purpose Generation often meet for a couple of hours without a single computer or phone in sight.

“Everyone is completely engaged and we come up with ideas we wouldn’t have with technology in the room to rely on,” she said.

Douwes is maintaining her focus far better than many of her fellow millennials, born in the 1980s and 1990s and often labelled the Attention Deficit Disorder Generation. While electronic interruptions disturb people of all ages, millennials are more tightly tethered to their computers and phones, obsessively checking texts, email and social media sites.

These distractions are shortening attention spans and making it difficult for young people to concentrate and stick with demanding assignments at school and work. In fact, researchers have found that millennials are more likely than Gen Xers or baby boomers to report that their productivity suffers at work because of smartphone distractions and “cyberslacking” on the Internet.

Resisting the lure of technology is likely to be an even more daunting challenge for children and teens born after the millennials. More than 70% of American children age 8 and under used a mobile device for some type of media activity in 2013, up from 38% in 2011, advocacy organisation Common Sense Media found when it surveyed parents.

Millennials, however, claim they want to pay better attention: About 70% of them said they would be interested in learning how to strengthen their focus, according to a 2013 survey of US and UK adults by JWTIntelligence, the research arm of advertising agency J Walter Thompson.

But some experts question whether millennials are truly committed to changing their ways.

When Gloria Mark, a professor of informatics at the University of California, Irvine, in the US, told her students to track their use of technology for a couple of weeks, most were startled to see how much time they spent on the Internet. They reported that they’d like to improve their attention spans, but ironically, they wanted to use technology to help them limit their technology use.

“They aren’t willing to change intrinsically, but instead want an extrinsic means to do it,” such as an app that temporarily blocks access to email or social media sites, Mark said.

Because many people don’t have the self-discipline to disconnect on their own, employers are taking steps to eliminate some of technology’s temptations. They are limiting the volume of internal email, restricting access to some websites and banning mobile phones at meetings. Nearly three-quarters of the companies that have adopted a no-device policy at meetings and about 60% of those that have limited employees’ website access said these approaches have proven effective in reducing distractions, according to a 2014 survey by the Human Capital Institute, a talent management association.

Atos, a global IT-services company based in France, attracted much notice in 2011 when it announced its goal of “zero email”. As of last year, it had succeeded in cutting the number of internal emails by 70% and the number of information distribution lists to fewer than 1,000 from 12,000 in 2011. Now, employees use instant messaging, videoconferencing and an internal social network to communicate and collaborate.

“People used to complain that email often took up more than two hours of the day,” said Marc Bovens, global head of collaboration and knowledge sharing. “But they now have control over which information streams they receive.”

Some organisations are encouraging people to take a respite from technology and treat themselves to old-fashioned pleasures like reading a good book. Every year, Bucknell University in Pennsylvania in the US invites students, faculty and staff to participate in its Dancing Mind Challenge by turning off their computers and phones and reading for an uninterrupted stretch of either four or eight hours.

Although the participants say it’s painful to unplug, many find it refreshing — at least for a while. Heather Hennigan, a Bucknell senior, took the Dancing Mind Challenge and recalled that she “felt like I had been in the twilight zone.” But she found it “therapeutic” and for a few weeks she continued to regularly turn off her phone for a couple of hours at a time.

Eventually, however, it proved too inconvenient to be cut off from contact with friends and professors.

“It’s crack; it’s an addiction,” said Hennigan, who sometimes even imagines that she feels a vibration in her pocket when the phone is actually tucked away in her bag. “I feel that maybe I’m going to miss out on something if I wait to check my text messages and emails. I feel secure, locked into the world, when I have my phone.”

Some companies are trying to help employees learn to focus better through such mindfulness techniques as meditation and yoga. Audra Howard, a 29-year-old solutions manager at cereal giant General Mills, took the company’s mindfulness course and frequently practices in small conference rooms equipped with meditation pillows.

General Mills employees who take the seven-week course learn the basics of meditation and yoga, as well as the importance of focusing on the moment rather than all the tasks that lie ahead during the workday. After the course, they can participate in the company’s weekly 45-minute session for meditation, reflection or gentle standing yoga.

“I’ve changed a lot of my behaviours since I finished the course,” Howard said. “I stopped carrying my cell phone with me all the time at work so I wasn’t constantly checking it. And I ask myself whether I really need my computer with me to take notes because if I open it, my email will also be there to look at.”

Health insurer Aetna has found that its mindfulness and yoga classes not only help employees focus their attention, but they also can reduce stress, sleeping problems, heart rate and blood pressure.

“With mindfulness, you practice discernment and make choices,” said Cheryl Jones, a member of Aetna’s program innovation, strategy and management department. “Young people need to take a breath and ask themselves, ‘In this moment, must I multitask or is it possible to focus on one task?’ Choosing to do just one task can have a calming effect.”