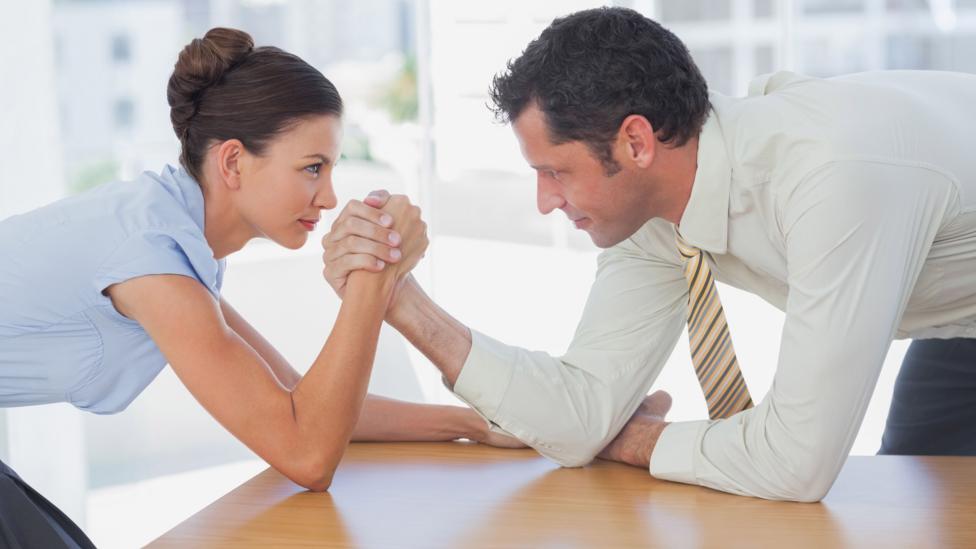 How can you make sure you always get what you want at work?

Courses that help you become a better negotiator are the holy grail of business school programmes, but most of us still fall back on the most basic tactics at work. Worse, experts say that some of the usual rules of thumb most of us rely on just don’t apply anymore - there are new and better alternatives to our outdated tactics.

“We spend a lot of time before the negotiation getting inside our own head,” says Kristi Hedges, a McLean, Virginia-based leadership coach who works with senior executives. “We don’t spend as much time understanding the needs and desires and perspectives of the other party.”

Here are six new ways to think about negotiations, whether you’re dealing with a colleague on a project or pushing for a higher salary.

Don’t focus on what your opponent is saying, but what he or she is thinking, said Ian Stewart, a litigator at Los Angeles firm Wilson Elser who works on corporate cases where opponents are negotiating over monetary damages. Don’t get hung up on the amount requested by the other side, Stewart advised. Stewart focuses on the ultimate goal and the figure that would motivate the other side to walk away from negotiations.

Often the verbal request from the other side will vary significantly from their “walk away position,” he said. “Focus on the opponent’s walk away number, not their goal,” he said. This applies beyond money-related negotiations. For example, when forging a new partnership, it’s important to look beyond the other side’s initial demands to enter the agreement.

Asking for more than you need or would accept might not work in salary negotiations, but backing down from an original demand can work with colleagues. In most cases, asking for less after asking for more can help you appear like you’re making concessions, said Stewart.

“Reciprocity works in negotiation even if you are not ceding anything,” he said. “When you make an extreme demand followed by a moderate demand, you are triggered to view that [subsequent demand] in moderation.”

In many cases, it can be easier to make demands if you go first, added leadership coach, Kristi Hedges. “You will get a better outcome if you make the first offer,” she said. “It anchors the agreement and starts the discussion” from your vantage point.

Knowing when to start a discussion can be just as important as what you ask for, says Frédérique Bruggeman, a Brussels-based managing director for executive recruiting firm Robert Half in Belgium. For instance, timing salary negotiations with the end of large successful projects or after annual reviews can facilitate a better outcome, she said. At that point, “employers are usually prepared for the conversation.”

When negotiating across teams or partner firms, find out about other top priorities, such as new product launches or even layoffs, and time your request appropriately.

We work more and more with people worldwide, making cross-cultural negotiations commonplace. While it’s easy to get hung up on differences in culture, instead, it’s smarter to focus on similarities during the negotiation, said Kandarp Mehta, lecturer of entrepreneurship at IESE Business School in Barcelona, Spain.

Don’t dissect the social differences across countries, instead, focus on the ‘microcultures’ formed in particular cities and the style of negotiation that’s accepted in a particular firm, he said. At the same time, a family business might have a more hierarchical style of doing a deal compared to a big corporate.

“At the beginning just take culture off the table,” Mehta advised.

Trying to build rapport with the other side is key. Revealing a few personal details about your life at home such as information about your kids’ favourite sports, holiday plans or hobbies you fancy can help the negotiation take on a more human, kinder tone, said Hedges.

“By revealing something personal about ourselves, we are more likely to get a positive outcome,” she said. On the same note, don’t assume your opponent has negative intentions. That sort of thinking often puts you at a disadvantage, added Hedges.

Ask for a favour

Most negotiation experts say you should give something in order to get something in return, but George Siedel, a professor at the University of Michigan Ross School of Business in Ann Arbor, Michigan in the US said the concept of “reverse reciprocity” works just as well.

Asking the other person or team for a favour, can entice them to be more kind in subsequent dealings, especially if you’re involved in multiple negotiations with the same team, he explains.

“Logically it doesn’t make sense, but once you ask somebody for a favour they are more willing to give you favours in the future,” he said. In the instance of someone from the other side being asked for a favour, it can be a very subtle relationship builder and catch them by surprise, he added.