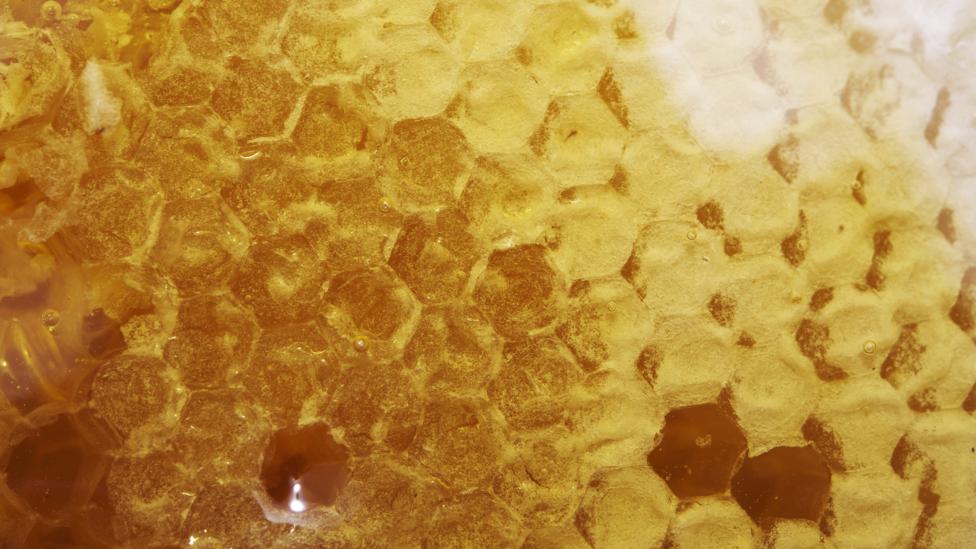 When Peter Molan, a now-retired scientist and academic in New Zealand, began researching the properties of honey more than 30 years ago, there was little demand for a type made by bees that pollinated the flowers of the native manuka bush.

“It used to be thrown away,” he said. “If you taste genuine manuka honey, it’s got a very strong flavour and people didn’t like it.”

Then Molan discovered there was something special about manuka honey. It appears to have antibacterial properties, unlike other honeys in the world, and some studies suggested it could heal wounds and help boost the immune system. (Specifically, the antibacterial property found in other honeys comes from hydrogen peroxide, which is broken down quickly in the body, whereas the non-peroxide form found in manuka honey isn’t.)

Many of the health claims are still being tested, but once manuka’s supposed healing powers became known outside New Zealand, it moved from the margins of the honey world into a globalised, multimillion-dollar industry. Celebrity endorsers like tennis player Novak Djokovic and actress Scarlett Johansson only added to its appeal.

Now demand is exploding among the affluent in China, where enduring concerns over food safety have prompted an insatiable appetite for all-natural health food products from abroad. From virtually no imports of New Zealand honey just seven years ago, China has drawn level with Hong Kong as the second largest market in the world, according to government statistics, importing nearly 1,500 tonnes in 2014 — the large majority of which is manuka honey. Taken together, the China and Hong Kong markets far outpace the UK, which has been the world’s largest market for a decade but has seen imports steadily decline since 2009.

Spreading the word, one health nut at a time

Walk into any high-end supermarket in Shanghai and it’s clear who the target consumer is — with prices running as high as 1,789 renminbi ($279) for a 500g jar of the top-of-the-line manuka honey, it’s only the truly well-off who can afford it. The higher prices for manuka worldwide are driven by skyrocketing demand and limited supplies, but imported goods are also generally priced higher in China than other countries, particularly those considered luxury items.

Unlike other luxury items, such as a Louis Vuitton bag or a holiday to the Maldives, however, manuka honey isn’t considered a vanity purchase or status symbol by consumers, says James Roy, associate principal at the China Market Research Group in Shanghai. “It’s viewed the same way you might say Koreans view ginseng — a high-value item that you constantly take for continued good health,” Roy said.

Shirley Kwun, a 29-year-old operations manager in Shanghai, says her mother in Hong Kong started buying manuka honey several years ago as a healthy replacement for sugar in her breakfast porridge. Now Kwun has started buying it herself, as have other members of their family when they visit New Zealand. “My mother was the first to buy flaxseed oil among her friends, so I guess she’s kind of a forerunner in these kinds of things,” she said.

Like other health crazes in China, the manuka honey market has grown largely through word of mouth. Provenance matters hugely, too, in a country rife with fakes. As a result, the leading brands have had to adapt their marketing strategies by stocking shops in New Zealand that are popular with Chinese tourists and promoting their honeys on Chinese social media.

“Word of mouth has always been a key driver of our marketing activities,” said Brett Hewlett, chief executive officer of Comvita, New Zealand’s biggest manuka honey producer. “[The Chinese] are hugely skeptical of conventional marketing — anything a celebrity would endorse, for instance. The thing they trust more than anything is word of mouth through a friend or relative.” 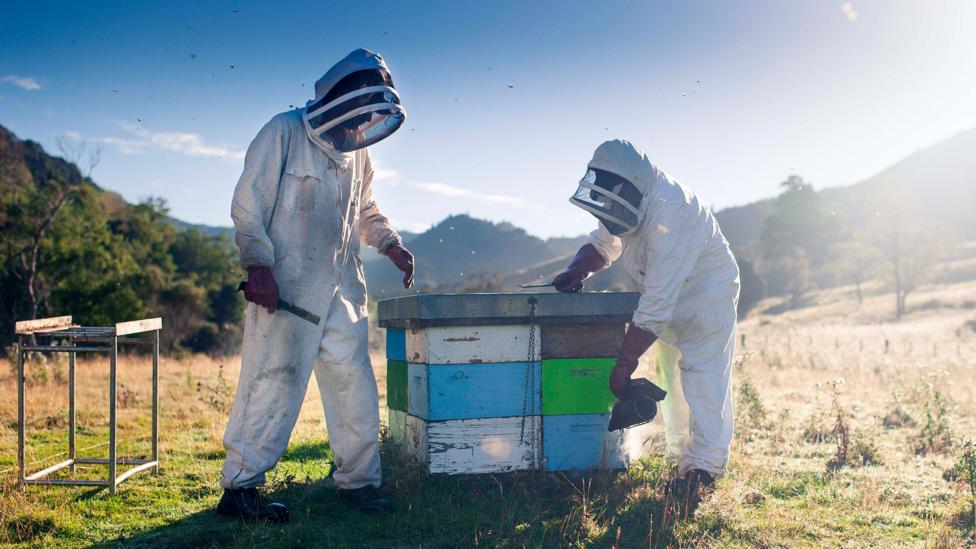 In May, Comvita reported record profits of NZ$10.2m ($6.6 million) for the most recent fiscal year, up 28% over the previous year. This was driven in part by Chinese tourist demand, with sales in New Zealand jumping 92%, as well as e-commerce sales, which rose by 55%.

On China’s Taobao marketplace and Weibo microblogging service, a huge network of informal vendors has sprouted up in recent years to meet the surging demand, with users named “New Zealand Healthy Living” and “Nourishing Life” advertising jars of manuka at a fraction of the shelf price.

Vendors are now on the popular social media app WeChat, too. One seller promises customers that her honey is the real deal because she has a sister in New Zealand who will ship it directly to China, with the all-important tracking numbers.

The price of rapid growth

Counterfeiting has dogged the manuka honey industry in the past, resulting in a warning from Britain's Food Standards Agency two years ago on the misleading and illegal claims made on the labels of manuka honey jars.

New Zealand’s leading honey association has tried to safeguard the industry by developing a “Unique Manuka Factor” (UMF) grading system to inform consumers of the purity and quality of the manuka honey in each jar and setting up laboratories in various locations, including the Chinese city of Nanjing, to test imported honey for authenticity.

“That to me is very, very important. We’ve built that level of credibility,” said John Rawcliffe, head of the UMF Honey Association. “It’s like putting the traffic cop on the street — there are times the traffic cop doesn’t have to do anything. It’s just the presence of this testing facility that matters.”

The spike in demand from China is also putting pressure on producers to keep up. Comvita has had to double the number of hives it owns to 30,000 in the past two years to maintain a steady supply of honey. “We’re honestly not able to meet the full demand,” Hewlett admitted. 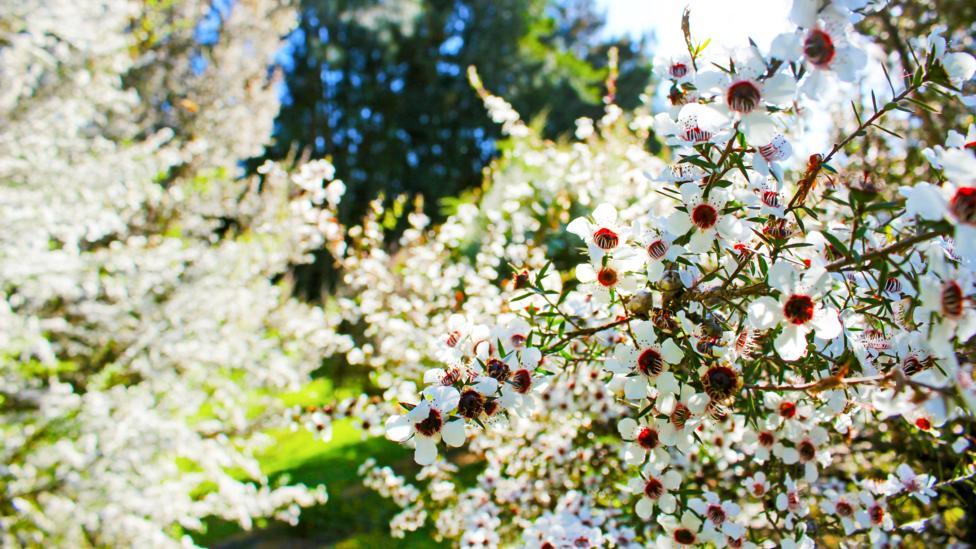 Other producers are expanding into remote parts of the country where hives must be airlifted by helicopter, Molan says.

“It’s like a gold rush going on,” Molan said. “People [in New Zealand] are buying a few hives and sticking them just outside the boundary of any property that’s got manuka trees growing on it in the hope of getting a bit of manuka honey from it.”

One thing New Zealand doesn’t have to worry too much about is competition; only Australia, where the manuka bush also grows, is a threat. Although the Chinese are reportedly trying to grow another popular foreign health food at home — the maca root, which is native to Peru — Rawcliffe doesn’t believe China could start its own manuka industry, given its environment. “If you could transplant New Zealand into China,” Rawcliffe said, “then I would be worried.”

worklife
1The $26,000 five-bite treat
worklife
2The latest Chinese status symbol
worklife
3The best thing money can buy
Around the BBC