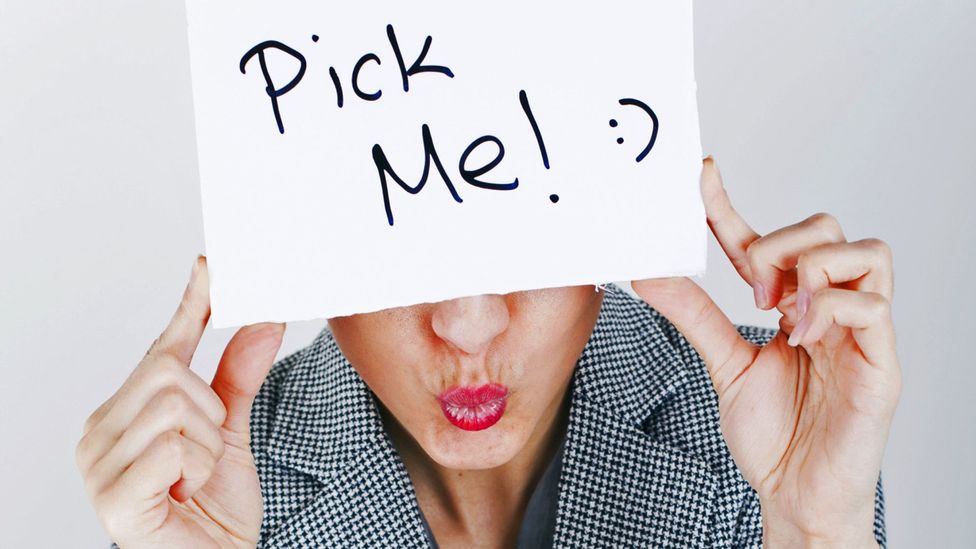 By Ronald Alsop 19th November 2015
There are jobs to be had, but you keep getting rejected. Are employers expectations unrealistic or are university grads really ill-equipped for the real world?
F

For Catherine Nguyen-Cat, the struggle to find a job has been “mostly a confidence issue”.

The University of Westminster graduate sent out more than 100 CVs to UK employers and has been called in for 16 interviews, including three group presentation exercises. Unfortunately, she said, she often was more reserved than other applicants and didn't make much of an impression.

Do they really have much tangible experience?

For an advertising job recently, she said, the recruiters “told me I was a strong team player during the group assessment, but that I didn’t have an individual moment where I talked a lot and showed I was passionate about the ideas we were presenting”.

Having studied animation in school, the 23-year-old Londoner broadened her search this year to also include design and illustration work. “I know I am a creative person who can do many of these jobs, but I think employers have these expectations that an applicant must bring a mid-level professional’s work experience and technical skills — even though it’s only an entry-level job,” said Nguyen-Cat, who has been working as a sales assistant at Ryman’s, a stationery and office supplies retailer, during her search.

Finally this month, she landed a job with a small luggage and handbag designer. Her technical knowledge proved to be a good match for the company’s needs.

“I’m excited, but also nervous,” she said. “They said my web skills secured me the job, along with my ability to use [the software program] Illustrator. It turns out they might open a factory in Vietnam, so my ability to speak Vietnamese fluently was another reason for why I was hired.”

Nguyen-Cat’s long job quest is far from unique these days. Many employers say today’s university graduates don’t quite measure up. In survey after survey, they rate young applicants as deficient in such key workplace skills as written and oral communication, critical thinking and analytical reasoning. 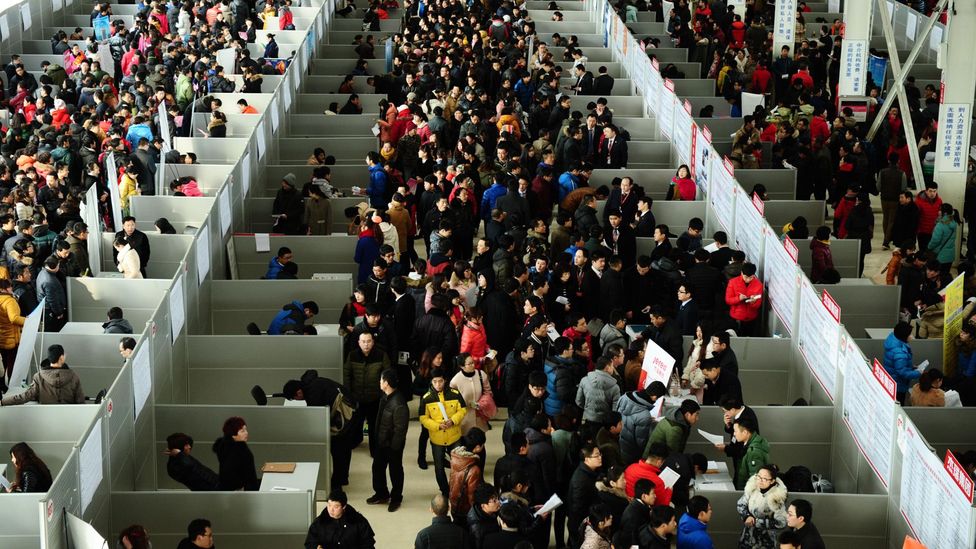 As the job market gradually improves, businesses say they aren’t finding enough savvy graduates who can start contributing from day one on the job. CareerBuilder, the online job search site, surveyed employers in the UK and India this year and found that they believe recent graduates are most lacking in problem-solving skills (60% India, 40% UK), creative thinking (56% India, 39% UK), and interpersonal skills (50% India, 49% UK).

“Many new graduates have one or more internships on their resumes, which makes employers think they can start at a higher level,” said Rosemary Haefner, chief human resources officer at CareerBuilder. “But do they really have much tangible experience? The employer needs to tease that out in the interview and find out how much they worked on projects and how much they were getting coffee for everyone.”

Glass half full or half empty?

Some studies show a big gap between employer and student perceptions. In a survey by the Association of American Colleges and Universities, students and employers clearly didn’t see eye to eye on how well prepared the students were in oral communication (62% of students versus 28% of employers); working with numbers and statistics (55% versus 28%); teamwork (64% versus 37%); applying knowledge and skills to the real world (59% versus 23%); and analysing and solving complex problems (59% versus 24%).

Employers say students don’t have the ability to … think critically, innovate, solve complex problems and work well in a team.

Is the problem that employers have unrealistic expectations or that universities and students are failing to develop critical skills?  A little of both, most workplace experts say.

“The Ivory Tower image is real in much of academia, and schools are going to have to pay more attention to careers and what employers want,” said Anthony Carnevale, director of the Georgetown University Center on Education and the Workforce. “Employers say students may have textbook knowledge but don’t have the ability to take that knowledge to think critically, innovate, solve complex problems and work well in a team. They want students to come to the workplace with skills that people used to develop on the job.”

While universities can certainly focus more on the so-called soft skills employers seek, he said, “the job is still the best teacher for critical thinking and interpersonal skills”.

The AACU is taking the skill gap seriously and working with schools to try to redesign the curriculum to more effectively develop job-related skills.

“The curricula that have evolved over time are very disorganised and leave students with too much freedom in picking their courses,” said Debra Humphreys, vice president for policy and public engagement. “Now, we need to design curricula that are more aligned with employer expectations and that are more scaffolded, so that students keep moving up until they get to the highest level of writing or other skills.”

About two-thirds reject candidates because they can’t clearly articulate their abilities.

Some organisations are trying to help young people discern skills they may not realise they can offer employers. YouthNet, a UK charity, has just launched an online tool called Define Me that’s designed to help young people identify job-related skills they have acquired in everyday life experiences such as playing sports, traveling and volunteering, and then find the right words to describe them to potential employers.

A YouthNet survey of UK employers found that nearly half feel young applicants don’t understand required job skills, and about two-thirds reject candidates because they can’t clearly articulate their abilities.

“If young people don’t have much practical [internship] experience from working in an office, they need to realise that they have other talent that is transferable to jobs, such as writing blogs for social media or learning time-management skills from working in a bakery or restaurant kitchen,” said Oliver Drackford, head of marketing and communications for YouthNet. 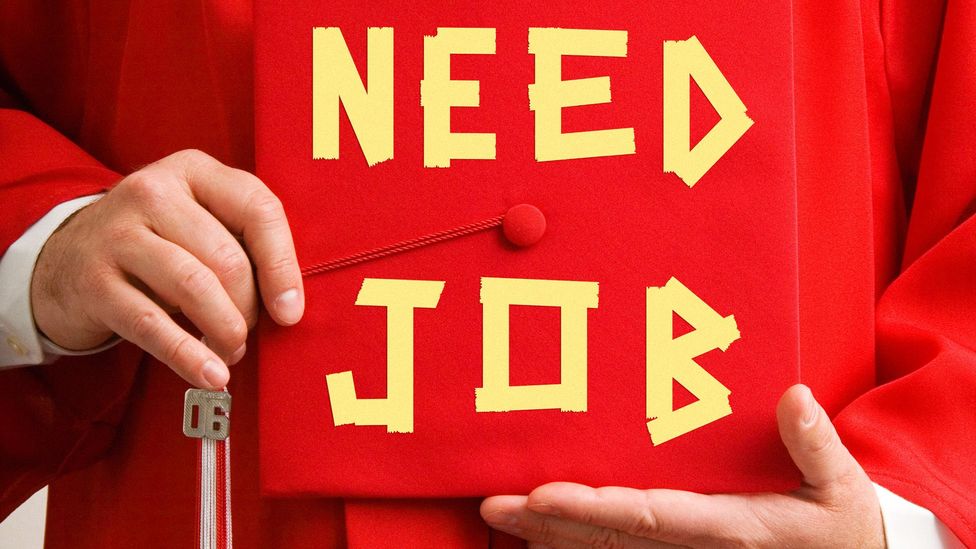 UBS, the global financial-services company, provided funding for Define Me because it wanted to encourage young people to become more self-aware. “When young people present themselves to employers, so many say, ‘You haven’t got what it takes,’,” said Richard Hardie, chairman of UBS Ltd. “Define Me makes people think about themselves. It can rescue people with low self-esteem who haven’t been advised on how to promote themselves.”

Another tool for unemployed young people is Jobipedia, http://www.jobipedia.org, a website where they can ask questions about recruiting and workplace issues and get advice from human resources managers at about 30 major companies, including AT&T, Merck, American Express and DuPont.

“Students have the ear of the people who are reviewing resumes every day and hiring early career candidates,” said Mike McGuiness, executive director of Jopipedia.org, which was created by the HR Policy Association in Washington DC. “They can learn what employers are looking for that they might need to work on.”

Employers want the millennial generation to learn to communicate in a respectful manner that gets the idea across well.

Of all the complaints he hears from employers, he said, they especially want the millennial generation — born in the 1980s and 1990s — to learn to communicate “in a respectful manner that gets the idea across well. General professionalism and work ethic are other areas where millennials are found lacking.”

Some universities are spurring students to focus very early in their studies on workplace preparation. At Bentley University in Waltham, Massachusetts in the US, freshmen take an introductory career development class and a skills assessment to get a better sense of their aptitudes, as well as weaknesses. Employees of such companies as Fidelity and TJ Maxx visit the class and provide feedback on resumes, elevator pitches and interview skills

Bentley also gets input from businesses about the curriculum. For example, EMC broached the idea of a professional sales major, Gloria Larson, Bentley’s president, said.

“We discussed it with faculty and other companies and now have a sales major,” she said.

Most students major in business at Bentley but also take some liberal arts classes. “I have worked in teams in most of my classes, much more than my friends at other schools,” said Amanda McCormick, a junior at Bentley who hopes to work in fashion marketing. Teamwork, plus her experience making presentations in class, proved valuable for an internship this year at fashion designer Kate Spade.

“The most valuable thing was getting to see what a corporate workplace is really like,” she said. “It was eye opening.”