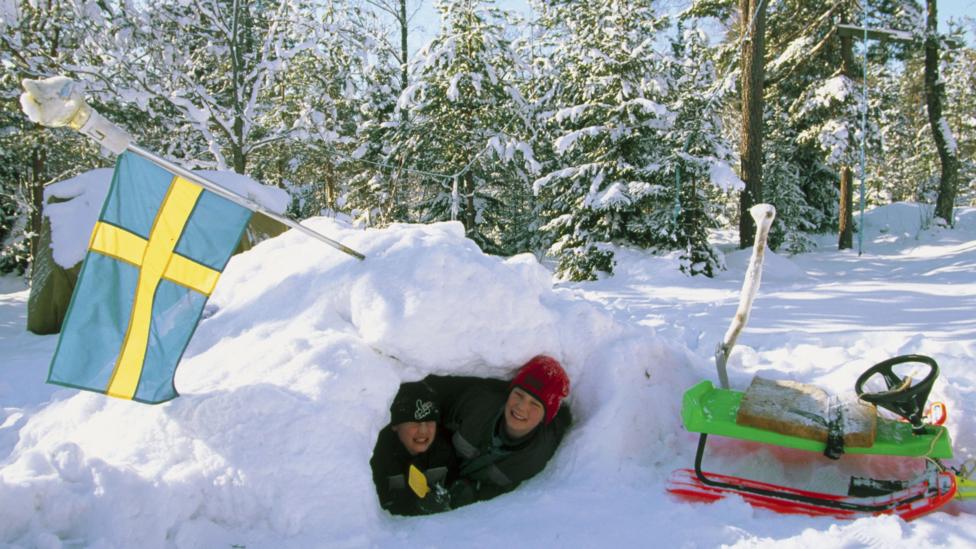 The cobbled streets of Stockholm may be cold and snowy during winter, but Europe’s fastest growing city is one of the world’s hottest startup hubs and a magnet for international talent.

Home to fewer than one million people, Sweden’s capital is the birthplace of Skype, Spotify and Mojang; only Silicon Valley boasts more billion dollar companies per capita, according to investment firm Atomico.

Once the snow melts in early spring, the city is among the greenest in the world. Nestled on 14 islands, two thirds of Stockholm is made up of either water or parks. And locals make it a priority to enjoy these serene surroundings. Fewer than 1% of Swedish employees work more than 50 hours per week, one of the lowest rates in the OECD.

Fewer than 1% of Swedish employees work more than 50 hours per week.

Quality of life is paramount. New parents are given 480 days of leave to look after their infants, which can be split between them, while childcare is heavily subsidised. Little wonder that Sweden was rated the best location in the world for family life in HSBC’s 2015 Expat Explorer survey.

“It’s absolutely a 10 out of 10,” said Adam Webb, 34, a British entrepreneur and father-of-one. “Everything is geared towards helping parents, from giving dads time off on almost full pay to free bus rides for anyone with a buggy.” The Nordic nation’s design and fashion spheres, led by iconic global brands Ikea and H&M, are large employers of expats. Plenty more score jobs in the city’s strong science, engineering and IT sectors.

But relocating to the largest metropolis in the Nordics isn’t without obstacles that go beyond the dark, cold, winter days and high taxes that Sweden is famous for. Here are the key things to think about if you’re considering choosing Stockholm as your next base.

Many major international companies including Spotify, H&M and Ericsson offer expats accommodation for the first three months of their contracts in Stockholm. But other foreigners arriving in the city are left to battle with a unique property market and an acute shortage of apartments.

More than a third of Swedes live in rented housing, half of which is owned by local councils or state rental companies and subject to rent caps. If you’re lucky enough to get a first hand contract for this kind of accommodation, it is yours for life. Expats are welcome to join the queue, but in Stockholm they will find around half a million locals in front of them and an average wait of nine years. 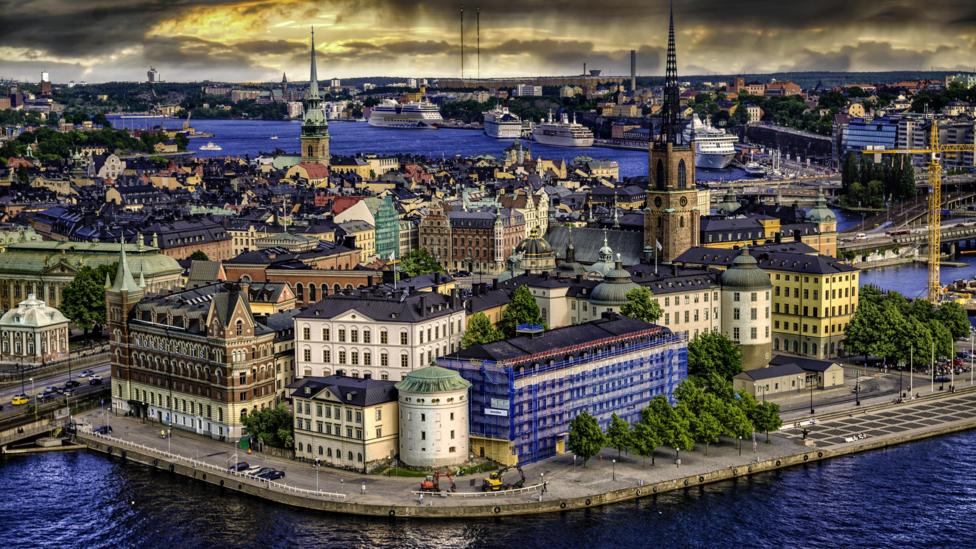 The result is a highly competitive subletting market, as Swedes lease out their rental apartments after moving in with partners or buying their own.

According to Statistics Sweden, October figures showed the average cost of renting a two-bedroom apartment in Stockholm was 6,518 Swedish kronor ($783) per month. However, second-hand contracts frequently change hands for much more, despite regulations designed to ensure tenants don’t pay more than 15% extra than those they are renting from.

“Finding a place to live is the single biggest challenge when moving to Stockholm … but there is a lot going on to try and solve the problem,” said Julika Lamberth from Stockholm Business Region, a state-funded company working to increase investment in the city, including accommodation aimed at foreign professionals. “Don’t be afraid to ask your employer if they can help … and be sure to put the word out that you are looking to rent on networking sites like Facebook.”

One reason living in the city centre is so popular is that its compact size guarantees short commutes for many residents. For 790 kronor ($95) a month, you can buy a travel pass valid for all zones on the city’s subway, trains and buses. Or you can do as many locals do, and travel the Scandinavian capital by bike.

“I feel so much luckier than friends in London or Beijing who face a three-hour round-trip each day,” said 28-year-old Irina Jingqi Liu, who lives in the northern suburb of Sundbyberg and commutes by subway just 15 minutes to get to the heart of the city.

“You save a lot of time on travelling in Stockholm. That gives me more energy to participate in other activities,” she explains. 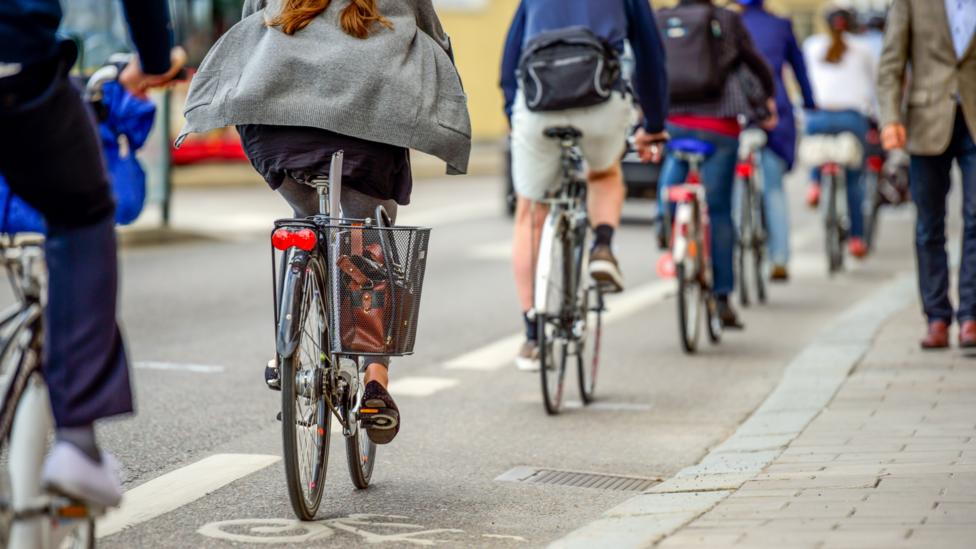 Swedes are the best in the world at speaking English as a second language, according to the global EF English Proficiency Index and most large international firms, as well as plenty of tech companies and startups recruiting talent from abroad, use English as their working language.

Still, for those who make the move without a position lined up, knowledge of Swedish can be a major advantage in a highly educated and competitive job market. Less than 8% of the Swedish population is unemployed, but this jumps to 17% among foreign-born residents according to Statistics Sweden.

“It can feel bizarre that so many jobs ask for Swedish when almost everyone speaks perfect English,” said Briton Webb, who relocated to Stockholm from Paris with his former Brazilian-Swedish partner and their daughter in 2014, and now runs Gymgo, a fitness startup, with a fellow British colleague. The duo used ALMI, a government-funded body that provides free advice to foreign entrepreneurs, to help them navigate their way through the paperwork.

“It’s really quick to set up a business here but without ALMI it would have been more of a struggle. They helped us a lot with all the administration and translation.”

EU and Norwegian citizens are entitled to work in Sweden — or move there in order to look for a job — without obtaining a visa.

However, those from most other countries generally need to apply to the Swedish Migration Board (Migrationsverket) for a work permit, demonstrating that they already have an official job offer from a Swedish employer.

There are a few exceptions. Working holiday visas for up to one year are granted to 18-to-30-olds from Australia, Canada, New Zealand and South Korea. Those relocating to Sweden in order to live with a Swedish partner (or a foreigner who already has a work permit) can apply for a residence permit before securing a job.

Stockholm places a greater focus on work-life balance than other world capitals.

“It's a very different experience to when I worked in the UK and clients wanted to stay in touch on weekends and during the evening,” said Canadian Ameek Grewal, 29, who relocated from London to Citibank’s Nordic headquarters a year ago.

While initially finding it “frustrating” having to wait longer for client responses, he now appreciates the “mutual respect” felt in Sweden.

“I’ll wait until office hours to call or email my customers and at the same time I know I won’t be phoned when I’m on holiday,” Grewal said.

Sweden frequently scores praise for having the largest proportion of working mothers in the EU and was recently ranked the fourth most gender equal country by the World Economic Forum.

You feel that companies make decisions based on competencies and abilities not because you’re a guy or a girl.

“You feel that companies make decisions based on competencies and abilities not because you’re a guy or a girl,” said Jingqi Liu, an IT project manager from China.

However, she said some female expats can struggle with the impact of a more egalitarian society when it comes to relationships outside the office. Here, chivalry is almost dead.

“Guys don’t always dare to offer women help like with a bag or something because it’s not politically correct — they’re worried that the girls are going to be insulted,” she explained. “I also have a lot of friends complaining that bills are always split down the middle.”

When it comes to socialising, Sweden was named the worst place in the world for expats seeking to strike up new friendships in HSBC’s Expat Explorer survey.

“Swedes are polite, but they don't do small talk. And, while they may appear reserved, they're usually just respecting your privacy,” the report’s authors said.

But the survey also points out a common feeling among expats that “once you've made local friends, you'll find them loyal and warm”.

For Iranian Hamed Khoramyar, the key to settling in was to forge connections with other foreigners first, while being patient about developing relationships with Swedes. The 38-year-old runs a data-security company and sought asylum in Sweden in 2010. After five years, he now has a “strong group” of friends he’s met through business and a shared love of beer and biking.

“With the expat community you’re all looking for new contacts and new friends. That part is easy,” he explained. “But with Swedes you have to respect their culture. You see it very clearly that they don’t even talk to each other on the subway or in shops. Swedes get more comfortable once you start socialising at the bar or at parties.”

Maddy Savage is a British journalist based in Stockholm. She is currently Editor of The Local Sweden.