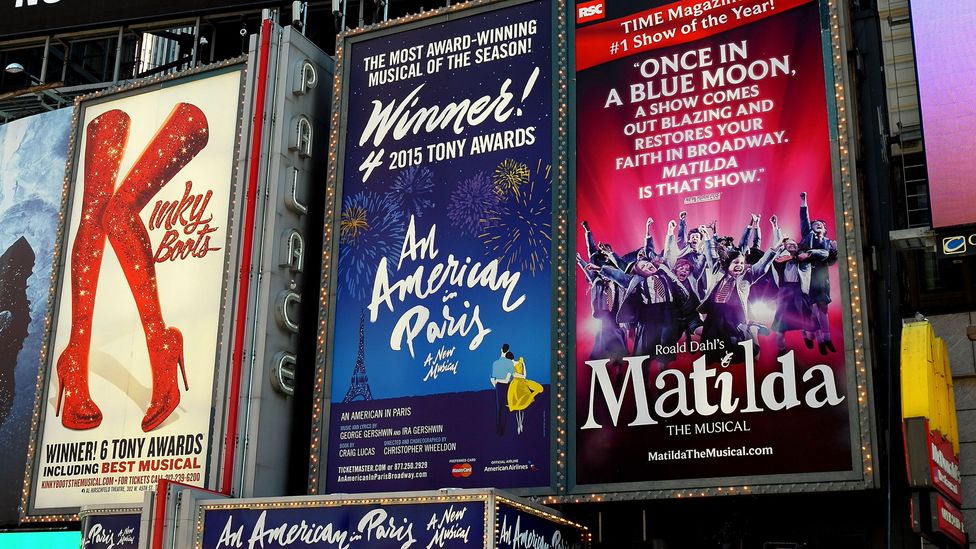 By Bryan Borzykowski 18th December 2015
If only you'd invested in Phantom... or Matilda... or Hamilton. Peek behind the curtain: the tricky art of investing in theatre productions.
I

Bankers would introduce him to businesses that he found were “incredibly dull” and the opportunities he was exposed to weren’t exciting anymore. “I’d get asked, ‘what do you think about Russian biotechs’ and I’d think, ‘I don’t know and I don’t care.’”

Shows need money. Why not invest in plays?

He still wanted to invest his money, but instead focus on something more creative and meaningful to him. A meeting at a charity event with Tim Rice — the legendary British lyricist who wrote Jesus Christ Superstar and Evita — gave him an idea. Why not invest in plays? Shows need money and the Sunshine Coast-based Ferris, an amateur pianist, loved musicals, so it seemed to him a perfect match.

As most playwrights need funding, Ferris quickly invested about £50,000 ($74,360) into one of Rice’s productions. Even though the musical, From Here to Eternity, didn’t turn a profit after its six-month run in London, garnering a 0% return on capital, Ferris was still hooked.

He’s now invested about $500,000 into five musicals, including $40,000 for Kinky Boots, a massively successful Broadway hit that has grossed more than $178.4m in the last 52 weeks according to Playbill Inc. 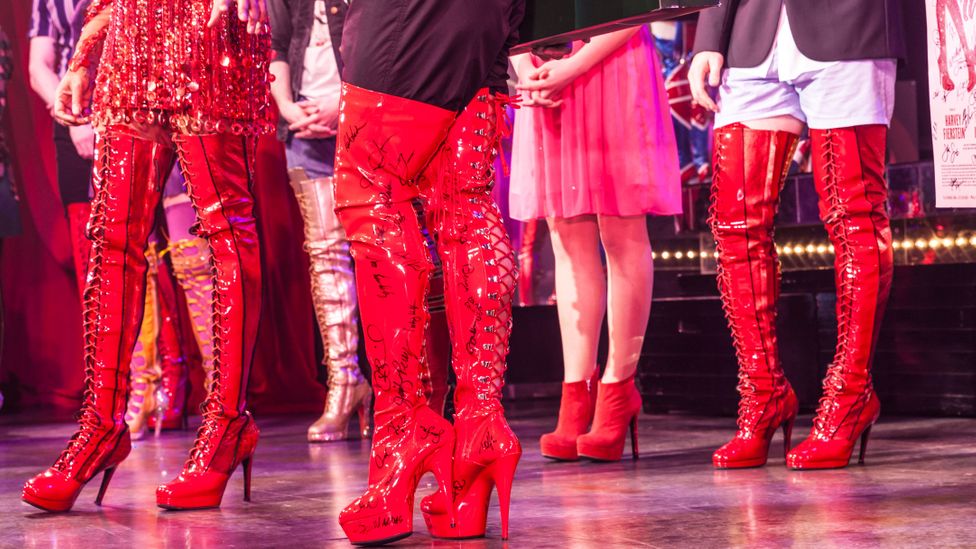 “I feel like I’m making a contribution, which makes me feel good irrespective of the outcome,” he said. “It’s also fun to go to the opening party or a show that I have helped create in a small way.”

For most investors though, performance matters and a production needs to recoup its costs and make money before investors get paid. There aren’t any statistics on the size of the theatre-related investment market, but according to the Broadway League, 37 productions opened on Broadway during the 2014-2015 season, bringing in a record $1.37bn dollars. The sector contributes about $12 billion to the New York economy.

The average play costs about $3m to produce, and many of the large Broadway plays cost between $10m and $20m, so there are plenty of opportunities for well-heeled theatre goers, said Ken Davenport, a Broadway producer who also helps connect investors with opportunities.

Most of those opportunities are in New York and London, where the theatre sector is the most developed, he said. It’s also mostly for wealthy investors. While it can cost as little as $10,000 to buy into a play, returns can be unpredictable. Most production investors typically have money tied up in stocks and bonds — they spend their play money on theatre investments.

Similar to a startup

Davenport likened investing in plays to funding startups. Any money raised goes towards getting the enterprise off the ground. It pays for venue rentals, the actors, lighting, rewrites, choreographers, marketing and everything else that goes into creating a production.

Most theatre investors are fans of shows, but a new type of investor has emerged.

While these big productions have always needed money, more and more people are turning their attention to theatre as an investment, said Davenport. “Broadway has been booming over the last several years, so more people are looking at the industry as an alternative investment asset class,” he said.

Most theatre investors are fans of shows, but a new type of investor has emerged: parents of budding actors. Funding plays allows parents to learn the business and make connections for their children, said Davenport. “They can introduce [their kids] to people who may be able to hire them in the future,” he said.

As with a startup, the investor doesn’t make a return until the play starts making money. It’s a massive risk. According to Davenport’s own research  only one out of every five plays recoups its investment. “There’s no question that this is high risk,” he said.

Only one out of every five plays recoups its investment.

On the flipside, Davenport has seen investors make between a 10% to 30% annualised return, if not more. With Kinky Boots, Ferris made his initial investment back in just six months and he’s been getting large cheques — similar to a company dividend payment — every few months since.

Lily Fan, a Hong Kong-raised lawyer who now lives in New York, has invested in about 15 plays since 2010 and said she’s mostly broken even over that time.  Fan wasn’t a theatre fan when she started. She got involved when friends needed help putting on a production. She helped financially, but she also booked the venue, did the marketing and essentially produced the entire show.

“I was filled with adrenaline,” Fan said.

While some of the plays she’s bought into have netted her a large return, she’s lost a lot, too. “When it’s a loss, it could be a total loss,” she said.

How to take part

When it's a loss, it could be a total loss.

There are no theatre production mutual funds to invest in. You can invest in publicly traded entertainment companies that put on productions — such as Disney, Comcast, which owns Universal Pictures, and Time Warner, which owns Warner Brothers — but these operations have other divisions that could impact its share price.

Still, many of these companies see big bucks in theatre, Davenport said. Universal Pictures, a majority investor in Wicked, has said that the play will be its most profitable venture in the company’s history. It’s estimated that since it’s Broadway premier in June, 2003 it’s grossed more than $3bn worldwide.

In exchange for their money, investors typically get units in the play. Productions are structured as limited liability partnerships and not like a public company with tradable shares, so it’s much more difficult to sell one’s stake in the performance. You own these units for life, says Davenport, which makes it one of the least liquid investments out there. Only use money you can afford to lose, Davenport said, warning that this shouldn’t be considered as a retirement strategy.

Get on a tour

Investors don’t need a massive hit to make their money back, but it helps. The initial investors in Phantom of the Opera, which will be on Broadway for 28 years in January, are still raking it in. Most plays aren’t Phantom, though.

A play that goes on tour around the country can bring better returns. Touring plays are generally already successful and while you never know what will happen — audiences are different everywhere —the chance for success is high, Davenport said. 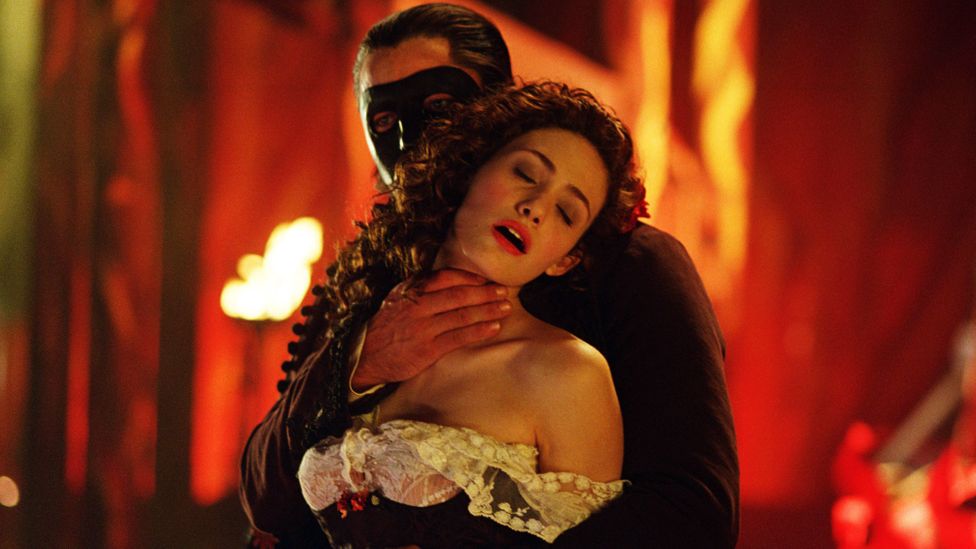 The initial investors in Phantom of the Opera, which will be on Broadway for 28 years come January, are still raking it in. (Credit: Alamy)

Investors in the play usually get first dibs at buying into the touring production, though they’re typically limited to a certain amount that’s usually less than the initial investment, Davenport said. Investors are usually given a pro-rated amount based on their initial investment.

Ferris was only invited to invest $10,000 in the Kinky Boots touring production and about $5,000 in the London version, which just opened in September. “That was based on the formula that I was entitled to,” he said.

It’s the earliest investors and the play’s producers who will take the largest cut of the profits this time around, he said. As well, budgets are usually smaller for touring shows than Broadway shows, so there’s a smaller amount to work with.

You also can’t buy into a tour unless you’ve already invested in the main production. “[Producers] very rarely look for new money for tours as it’s close to a risk-free investment,” he said. “The original investors are the only ones who can invest again.”

It’s hard to know exactly what makes a play successful — there are hits and misses all the time  — but some things do give productions a leg up over others.

You want a producer who knows what they’re doing and has produced successful plays in the past.

It starts with the lead producer, Fan said. In the same way that you want to buy a mutual fund with a manager who has a strong track record of success, you want a producer who knows what they’re doing and has produced successful plays in the past.

The team, which includes the general manager, lyricist, songwriter if it’s a musical, should all be proven, too. “You want someone who knows how to control the budget and someone who can write good songs,” she said. It helps to have a movie star as the main actor and at least one or two big Broadway stars, she adds.

It’s important to read the play and see workshops, if possible, too. Ferris didn’t see Kinky Boots in action before he invested, but he read the script and listened to high quality demos of the music. He liked what he read and he also believed in the songwriter, Cyndi Lauper, a famous musician who made it big in the 1980s. The producers, Daryl Roth and Hal Luftig, were well known, too, having had success with Driving Miss Daisy and Movin’ Out productions, respectively.

This market is still underdeveloped on a global scale, Fan said. Investors can purchase shares in London-based productions, according to Davenport. Outside of the US and UK, the opportunities are slim. For instance, Fan would like to invest in productions in Hong Kong, but said most plays are government-funded and there's no industry to invest in.

There’s hardly any commercial market in Australia either, Ferris said. Most of the productions there are small and receive money from government grants or charitable foundations to get going. There are big Broadway hits put on in the country, like Les Miserable and Cats, but new investors can’t buy in.