Loading
Retirement
Yes, it’s possible to retire in your 30s
Share using EmailShare on TwitterShare on FacebookShare on Linkedin 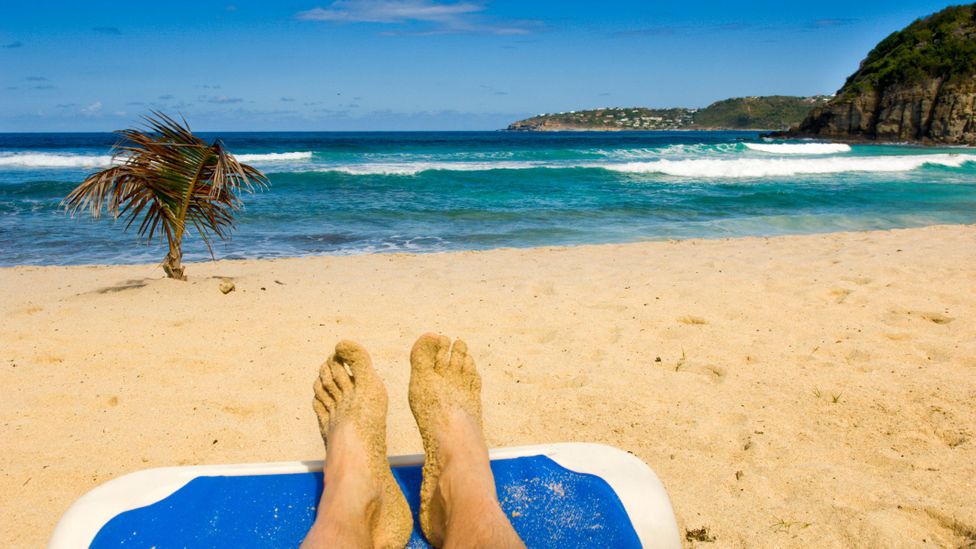 By Megan Snedden 29th December 2015
Retiring young sounds dreamy, but it takes sacrifices. Here’s how these people did it.
T

To dream about retirement as a goal for decades down the road is one thing, but to reach it by the time you’re 40 is another.

If it sounds impossible, it’s not—at least not for these early retirees who are enjoying the good life after years of working long hours in high-intensity, high-paying jobs, while living frugally or sticking with a high paying job they didn’t love.

Why put yourself through such torture just to kick off the corporate ladder early? Financial planner Jason Hull said people who do so imagine their lives will be better once they don’t have to live within the constraints of a job.

The last thing you want to do is not work for 50 years then suddenly run out of money when you’re 90.

Think you’ve got what it takes to make the early retirement dream a reality?  There is lot to consider, to start.

“The last thing you want to do is not work for 50 years then suddenly run out of money when you’re 90. That would be like Paris Hilton suddenly being penniless; she wouldn’t have a clue what to do,” Hull said.

Here’s how six people managed to retire in their prime — and what they learned along the way.

Before retiring two years ago, Jeremy Jacobson, now 41, worked 80 hours per week as an engineer. But it was more than a decade earlier, at 28, on his first holiday to the Philippines, he realised he wanted out of the rat race. 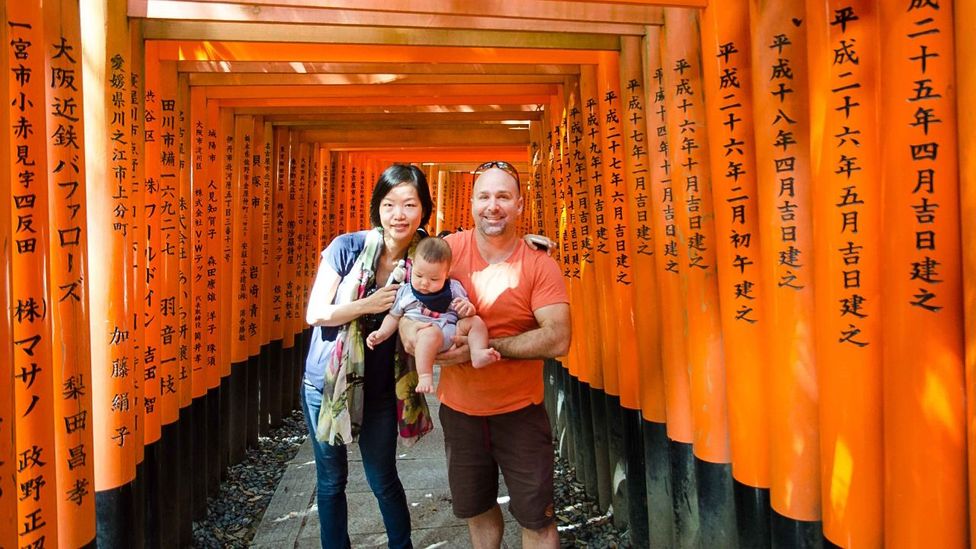 The Jacobsons plotted their escape by saving more than 70% of their annual take-home pay for about 10 years. (Courtesy of the Jacobsons)

“For a long time I was following the path society laid out, only I was following a script that I didn’t write,” Jacobson, who is from Seattle, Washington said. “The workaholicism was hiding a desire to … have a life. When you take away that 60-to- 80 hour-a-week commitment, it opens up the opportunity to regain that childlike state and explore new opportunities.”

So, he and his wife, Winnie, a project manager at a computer company, plotted their escape by saving more than 70% of their annual take-home pay, which was about, $100,000. They did so for about 10 years, by making drastic cuts to their spending. They got to a point where they were living on just $24,000 per year, popping the rest of their earnings into interest-bearing savings and investments.

The couple calculated they’d need 25 times their annual spending to invest to fund their lifestyle forever, Jacobson said. They also factored in anticipated expenses such as their now five-month-old son and his college fund.

Today, the Jacobsons live in places like Thailand, Mexico and Taiwan, where Winnie, 33, is from, and they spend the majority of the year travelling, renting houses and apartments as they go. When their son is old enough, they plan to home school him and continue travelling.

Retire by 30, the millionaire way

Since retiring in September, 30-year-old Brenton Hayden has idled his time watching American football and having leisurely lunches with his wife.

I get to live the rest of my life as young instead of retiring as old.

As the former chief executive of Renters Warehouse, an online property-management company, he said he could have retired by 27, which was his original goal. Instead, he stuck it out a few more years to save up more money. That’s paid off, he said, when he sold the business in September for tens of millions of dollars.

“I get to live the rest of my life as young instead of retiring as old, and I just figure I can go back to work if I run out of money,” said Hayden, who lives in both Florida and Minnesota. 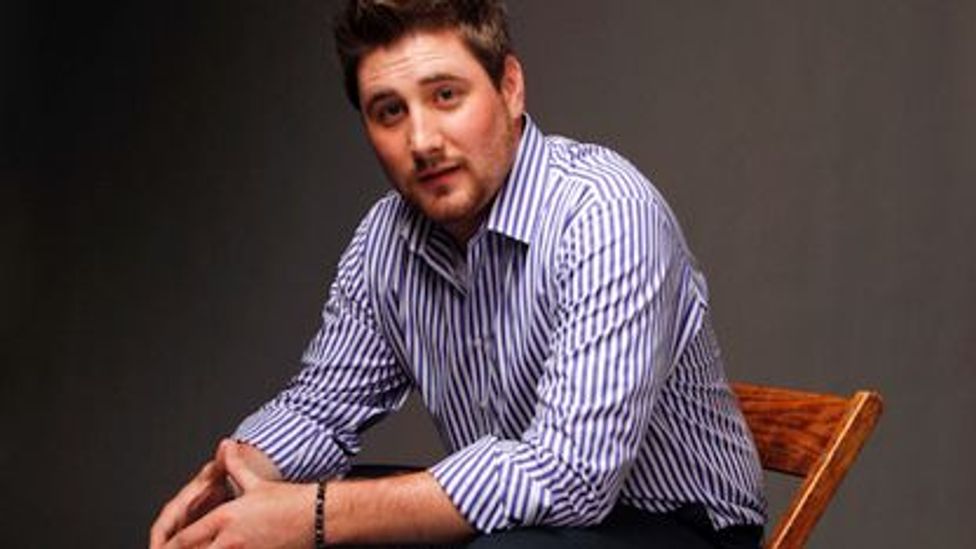 The key, he said, is to reverse-engineer your life and persevere. When he drafted a retirement plan 10 years ago, he was living out of his car after getting fired twice in six months. At that point, he calculated how much money he wanted to have when he retired and then began looking for jobs in industries that would pay him well, allowing him to save quickly. He started the real-estate business in 2007 with a $3,000 loan from his dad, and survived on ramen noodles, pumping any money he made back into the business.

“You have to know what you stand for and stand against and you have to harness that passion. To get there, you are going to have challenges. It will be hard, but you have the ability to push through,” Hayden said.

What will he do in retirement? For now, he’s investing in passion projects like retrofitting a Laundromat in Minnesota, where he lives for part of the year. Longer term, Hayden dreams of buying a home in Italy and living there part-time with his family, whilst travelling to other places in Europe.

Travel is a big reason many aim to retire as early as they do. Residing in Panajachel, Guatemala, Billy and Akaisha Kaderli live what they call the “National Geographic lifestyle” in a Mayan village on the banks of Lake Atitlan, having retired 25 years ago when they were both 38. The Kaderlis live entirely on the road be it in a caravan or rental apartments in far-flung places.

“We didn’t let anyone know about our plans [to retire] because we didn’t want anyone’s lack of belief make us reconsider,” Akaisha Kaderli said. “It was difficult, but we bought our freedom.”

I wouldn’t give up our last 25 years for any amount of money in the world.

Back when Billy Kaderli worked as a stockbroker in Aptos, California, and Akaisha Kaderli held a job as an executive secretary, the couple also ran a French-Californian fusion restaurant. They barely saw one other. But they put thousands of dollars away in the meantime.  They ended up with $500,000 of savings in the bank when they left the rat race. 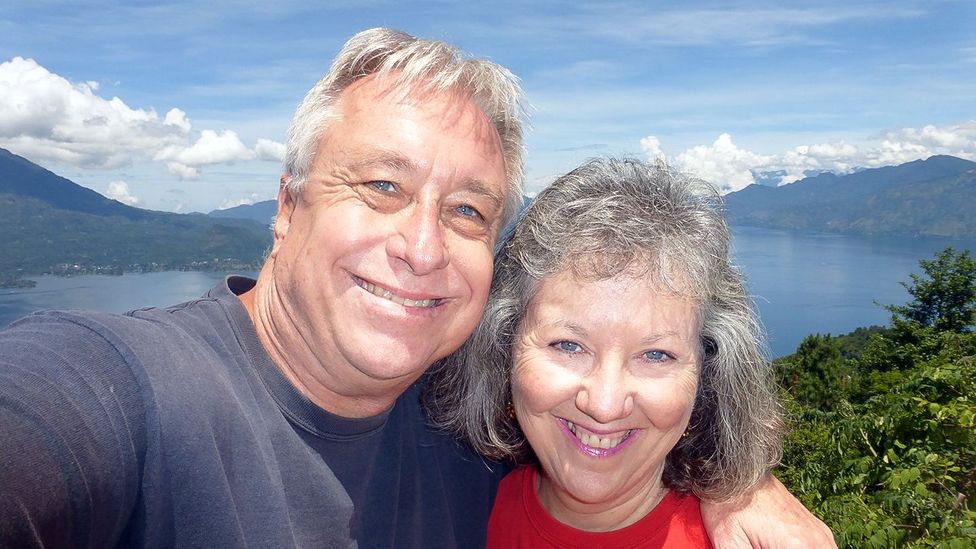 Billy and Akaisha Kaderli live what they call the “National Geographic lifestyle” in far-flung places, having retired 25 years ago when they were both 38. (Credit: Billy Kaderli)

The couple headed straight to the Caribbean for six months and eventually settled in Chapala, Mexico, where they lived for four years. Their favourite part about being retired is having the time to spend several months exploring a single region or country. They have also lived in Nevis and sailed from Grenada to Venezuela.

Continuing with a portfolio of index investments, Billy Kaderli said their money has grown 8% a year and they now are better off financially than they were when they retired.

“Time is your best asset to let your money compound, and I suggest you get started now because it’s not rocket science,” he said.

Through it all, the pair said they have embraced the importance of lifelong learning, practiced self-reliance and continue to adapt to any circumstance that come along.

“I wouldn’t give up our last 25 years for any amount of money in the world because of the people and the places we’ve seen. It’s a rich life,” he said.

When boredom sets in

By his 30s, Sam Dogen was financially set for retirement: he had created $80,000 a year worth of passive income streams through real estate, dividend stocks and peer-to-peer lending, and also negotiated a hefty severance package from his job at a financial firm. However, once he got the freedom he craved at age 32, there was one problem: he was bored.

I don’t think people hate their jobs enough to do anything about it.

“I got really lonely because none of my friends could come play on the basketball court at 10:00,” Dogen said. “I felt like what if I look back when I’m a granddad and they ask, ‘what were you doing during the golden age of technology?’ and I say, ‘I was retired,’ I would probably be disappointed.”

Dogen also tried travelling, but two years later returned to work for sheer enjoyment, taking a job as a consultant to financial tech start-ups and writing for his blog Financial Samurai.

Looking back, doing something he didn’t love was the strongest motivator to make a change, he said.

“I don’t think people hate their jobs enough to do anything about it and that’s the irony,” Dogen said. “You have to have some type of catalyst to be able to make a difference in your own life, or else you won’t retire early.”