Loading
Workplace
Is your office killing your creativity?
Share using EmailShare on TwitterShare on FacebookShare on LinkedinShare on Whatsapp 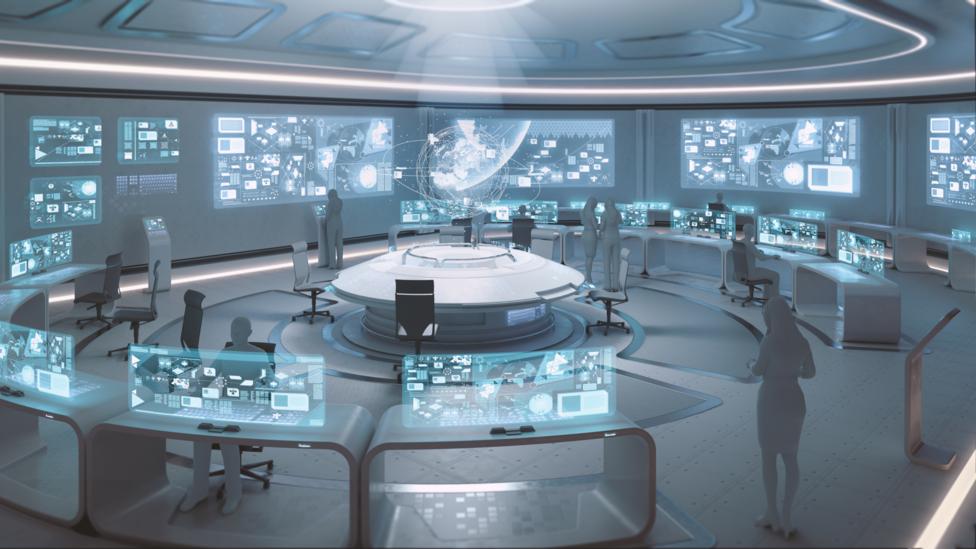 When Josh Lewis moved to Puerto Rico from New York City two years ago to help care for his in-laws, he needed somewhere to run his business. So he set up in the kitchen.

Lewis, a partner in marketing and consulting company, Uptick Communications Group, tried to continue with business as usual. He held conference calls, fielded emails, and worked on proposals, all while his mother-in-law cooked nearby.

But it wasn't an ideal work environment. The problem? His in-laws liked to keep the doors and windows open, even in summer, when temperatures could hit 30C, or about 90F.

“You’re melting by 10:00,” Lewis recalled, of the dripping sweat on his keyboard.

So, he happened upon Piloto151, what was then a new co-working space, in the quaint neighbourhood of Old San Juan. The office is in a colonial-style building, with big windows and courtyards letting in the sun to workspaces, with ping pong tables that serve as communal desks. Importantly for Lewis, it also has air conditioning.

“Being in a creative space is totally critical to creative thinking.”

Lewis has been there ever since. What he found was that having an inspiring space didn’t just improve his happiness — it seemed to improve everything he does.

“Being in a creative space is totally critical to creative thinking,” Lewis said. “Sure, you can do it in a cubicle, but you can do it better in a place that breeds creativity.”

How well your office is designed can affect much more than creativity. Data shows that something as simple as an office layout can improve everything from communication to productivity. The good news for managers is that adding some creativity to your surroundings doesn’t mean scrapping your current space in favour of a Silicon Valley-style playroom. Often the changes can be as simple as lowering cubicle walls or redesigning the way desks are set up, said Jason Womack, an executive coach and author.

Adding some creativity to your surroundings doesn’t mean scrapping your current space in favour of a Silicon Valley-style playroom.

“At the end of the day, it’s a manager’s job to make sure their people are producing,” Womack said. “If they can produce better in a different office design, why wouldn’t you try it?”

The key for managers is to figure out what type of space would work best for your department or company, Womack said. If you’re looking for employees to produce on their own, perhaps traditional high-walled cubicles or offices with doors is best for keeping workers on task without the inevitable interruptions of an open floorplan. Companies that value collaboration, however, are more likely to benefit from open offices.

Real-estate website Zillow found that out four years ago when it moved into new offices at the Russell Investments Center skyscraper in Seattle, Washington, in the US. The company moved from a more traditional space, with offices and doors, to one where even top executives sit in an open space with everyone else.

In our old office, we noticed that people would email each other, even if their offices were just a few feet apart.

“In our old office, we noticed that people would email each other, even if their offices were just a few feet apart,” said Amy Bohutinsky, Zillow’s chief operating officer.

In the new office, Zillow’s designers added lots of informal spaces where people can talk, like comfy seating areas and a kitchen with a frozen yogurt machine where employees congregate. There are even rooms with two treadmills where people can hold meetings as they walk. These improvements allow employees to talk more, which leads to collaboration and creative thinking that you can’t get from cubicles or closed offices, Bohutinsky said. 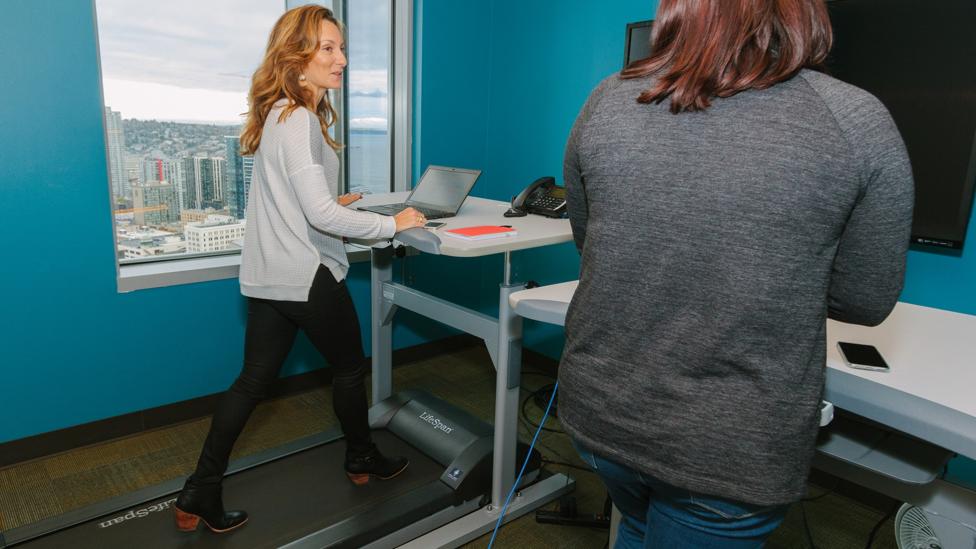 “From where I’m sitting right now, I can see down the hall two people on treadmills talking. There’s a group of people who have wheeled their chairs over and they’re meeting and I see two people in comfy chairs chatting,” Bohutinsky said.

Is it cost effective?

All this might sound expensive, but open-floor plans can be cheaper to design and install than cubicles, said Rene Lacerte, CEO and founder of Bill.com, which handles more than $25m year in payables and receivables for other companies.

Lacerte moved his company in June 2014 into space in Palo Alto, California, and saved money by going with an open floorplan. Traditional cubicles and chairs would have cost the company about $3,500, but the more open desk configurations and chairs cost only $2,500, he said.

Lacerte also designed a kitchen space with long tables for groups to gather and restaurant-style booths for more intimate meetings. The company has healthy snacks available and people take turns making salads that’ll feed 30 people at lunch. The idea behind the communal kitchen, he said, is simply to get employees talking, which ultimately leads to new ideas and improved morale.

Designing an office that shows you’re putting your employees first just states ... that you’re going to put them in a position to do their best work

“Designing an office that shows you’re putting your employees first just states the message over and over again that you’re going to put them in a position to do their best work,” Lacerte said.

For Lewis, it’s not just the layout of the office but also the location. The office he rents in Old San Juan faces Plaza de Armas, an historic square with a majestic fountain, shady trees, tourists taking photos with pigeons, and locals relaxing on park benches.

“It still inspires me, when I’m working late nights or weekends, to walk out to that square and take in the scenery,” Lewis said. “You walk back in the office and you’re ready to go again.”