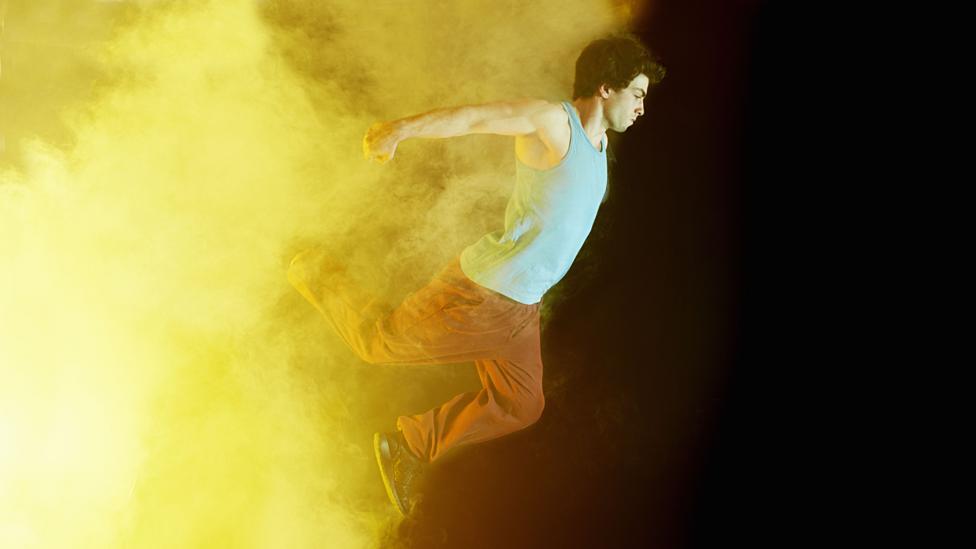 By Eric Barton 23rd February 2016
Quitting a good, well-paid job for the unknown isn’t for the faint of heart. But these people said it led to their best successes. The key is knowing when to pack your bags.
W

With an MBA from Harvard Business School and a job in investment banking in New York, Eric Grosse thought he had his future mapped out.

This is why the Davids beat the Goliaths.

Throughout the late 1990s he became expert at researching and funding internet start-ups for Deutsche Bank’s DMG Technology Group. He liked his job, was poised for a climb up the corporate ladder and making good money.

But then, he got the itch to try working for himself. In 2000, he co-founded what was then a new online travel company called Hotwire.

“Jumping into something risky means having far fewer resources than you do at a big corporation,” Grosse recalled. “You’re suddenly doing a lot of things yourself that you used to be able to delegate.”

As co-founder and president, Grosse helped Hotwire grow into one of the biggest internet travel sites, before it was acquired and combined with Expedia in 2003. Grosse then became president of Expedia, where he found himself once again part of a big corporation. The idea of taking another risk and helping something small become big beckoned.

These are people who are not satisfied with financial comfort

So, in 2010, he did it again and left a steady job and good salary. Now he’s co-founder and CEO of Chairish, a San Francisco start-up that runs a website for stylish second-hand (pre-owned) furniture. He admits it just seems to be part of his DNA to take gambles.

“There’s something incredibly motivating about the quickness that you can get things done at a start-up. Suddenly you can make quick changes when things don’t work,” Grosse said. “This is why the Davids beat the Goliaths.”

Leaving a steady job for an uncertain venture isn’t easy, especially for any manager who has a mortgage and a partner and kids at home. But many of the world’s biggest leaders in business have taken such a risk, even when they’ve had a lot to lose personally.

There’s a lot to be said about learning the best practices first at a big corporation and then trying something risky.

That’s what Jeff Gramm found when he was researching his book, Dear Chairman, which profiles some of the superstars in business from around the world. Many of them, Gramm said, left well-paid employment to bet big on a risky new venture.

“These are people who are not satisfied with financial comfort,” said Gramm, who manages a New York hedge fund and is an adjunct professor at Columbia Business School. “They’re just so driven to succeed that a steady, safe job is not enough.”

There are lots of examples – like Sam Walton of Walmart or Ray Kroc of McDonald’s. But, the one Gramm said most exemplifies this ‘type’ is Ross Perot. In 1962, Perot was the top global salesman for IBM. He had hit his yearly sales goal by 19 January that year. And so, he quit to start Electronic Data Systems, the company that would turn him into a billionaire.

It can be short-sighted, however, to simply look at the examples of the billionaires, said Michael Bennett, executive director of Rethink Group, a recruitment and talent management agency in London. “These are pretty unique people who are more driven than most of us,” Bennett cautioned.

Instead, it’s crucial for any manager considering a similar jump to first do some due diligence. Start by asking this question: is this really the right kind of job for you? In other words, does making the leap to a start-up venture match your personality? For some, the financial uncertainty can lead to sleepless nights, while others will feed off it.

If the answer is yes, the next step is to seek counsel, Bennett said. Find reliable associates who can offer advice on whether you’re making the right call. And finally, be sure to research the new venture until you’re sure it’s on good financial footing and has a solid growth plan.

It’s something Bennett has done himself. Eleven years ago he left a well-paying job to co-found Rethink Group, which now has a staff of 220 in eight locations and hit £115m in business last year.

“There’s naturally a lot of worry associated with taking that risk,” Bennett said. “It’s a skill to overcome that big fear and then use it to make yourself work harder.”

A career of chances

Chuck Davis has made a career out of jumping into the unknown. In 1995, he had a good job in the magazine publishing business, with 900 people under him. He left it to help Disney launch its online retail and travel sites. Three years later, he did it again, joining BizRate.com. Later named Shopzilla, it became the largest global comparison internet shopping site until its sale in 2005 for $525m.

The secret to taking such precarious moves, Davis said, is to know when. “Most people think of making a leap in their 20s, but I made mine at 36 and then again at 39,” Davis said. “There’s no right time to make the jump.”

While younger managers might have less personally to lose when taking a chance, it’s older leaders who have more experience and are more likely to succeed at a new venture. “There’s a lot to be said about learning the best practices first at a big corporation and then trying something risky,” Davis said.

After Shopzilla, Davis joined what was then a startup movie listing site, Fandango. He spent nearly six years as CEO and chairman before its sale to Comcast. Now he's chairman and CEO of Swagbucks, an online rewards site with 140 retailers.

It’s a skill to overcome that big fear and then use it to make yourself work harder.

While you might not have heard of Swagbucks, that’s exactly why Davis likes betting his future on a new company, in the hopes of turning the unknown into something huge.

“Making this kind of move isn’t for everyone. You have to ask yourself whether you’re willing to give up health insurance and a steady paycheck for what could be your biggest career move,” Davis said. “But for those who feel restrained and can’t exercise their entrepreneurial juices, nothing is more rewarding.”