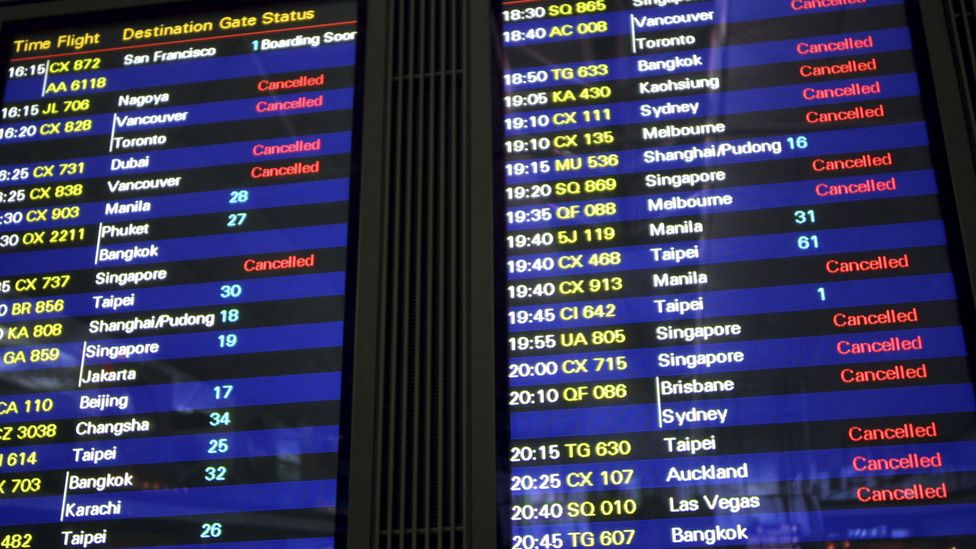 By Justin Bergman 29th April 2016
You've never truly been late until you've travelled China's unfriendly skies. And that's a problem for those doing business in the Middle Kingdom.

Danny Armstrong is used to dealing with flight delays and cancellations.

As general manager of China Banking at National Australia Bank, he travels for business around China a couple of times a month. At the mercy of the nation’s notoriously unpredictable flight system, Armstrong has had to become adept at contingency planning: booking on a certain carrier he believes has better on-time performance and switching to the high-speed train during times of the year when delays are common.

On occasion, he’s taken even more drastic measures to be punctual, including the time when he hired a police escort from the airport to get the CEO of his company, on a visit from Australia, to a high-level meeting after flight delays from Shanghai to Beijing. “We just did it by the skin of our teeth,” he said. “It cost us a fair bit of money, as well.”

China’s airports are the worst in the world when it comes to punctuality.

Armstrong’s frustrations are common among business travellers in China as air travel has become increasingly chaotic and unreliable in recent years due to the country’s chronically — and well-chronicled — overcrowded skies. China’s airports are the worst in the world when it comes to punctuality. Airport statistics website FlightStats last year ranked 188 midsized and large airports around the world according to how many flights departed on time.

Of the bottom 20, 14 of them were in China, Hong Kong or Taiwan — all of which had on-time ratings of less than 60%. The least punctual Chinese airport was Hangzhou’s at an on-time rating of 41%, second only to Jakarta globally. Shanghai’s Pudong Airport (52%), Hong Kong (59%) and Beijing (64%) fared only marginally better. By comparison, Tokyo’s busiest airport, Haneda, which handles more flights annually than Shanghai-Pudong, had an on-time rating of 92% last year, among the best in the world. 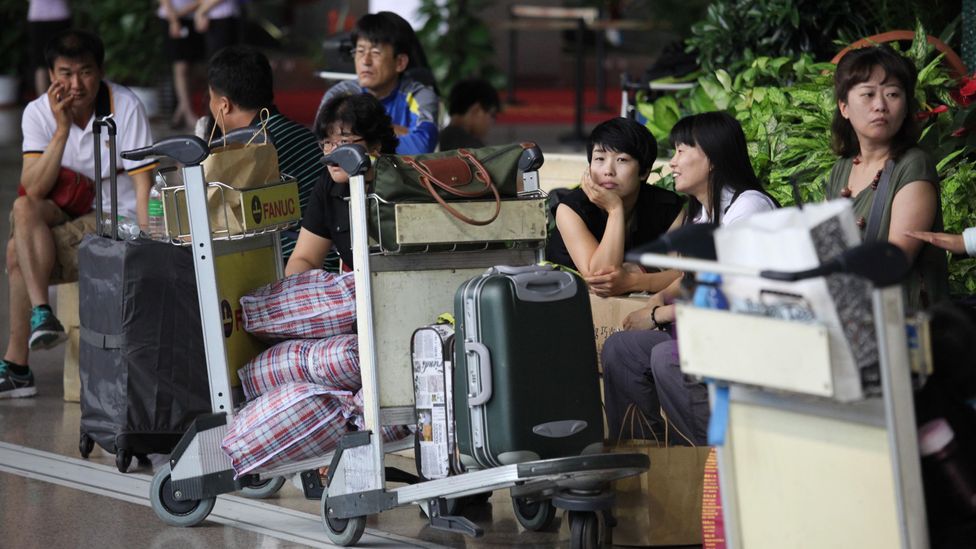 The rankings were even worse in 2014. Just more than a third of flights took off on time at the four biggest airports in the Yangtze Delta region (Shanghai-Pudong, Shanghai-Hongqiao, Hangzhou and Nanjing) — making them the most delayed in the world by far.

Aviation experts agree that one of the main problems in China is the fact the country’s airspace is largely controlled by the military, leaving little room for civilian aircraft even as the domestic airline industry booms. According to the state-run China Daily newspaper, less than 30% of China’s airspace can be used by commercial airlines, compared to about 80% of the airspace in the United States. 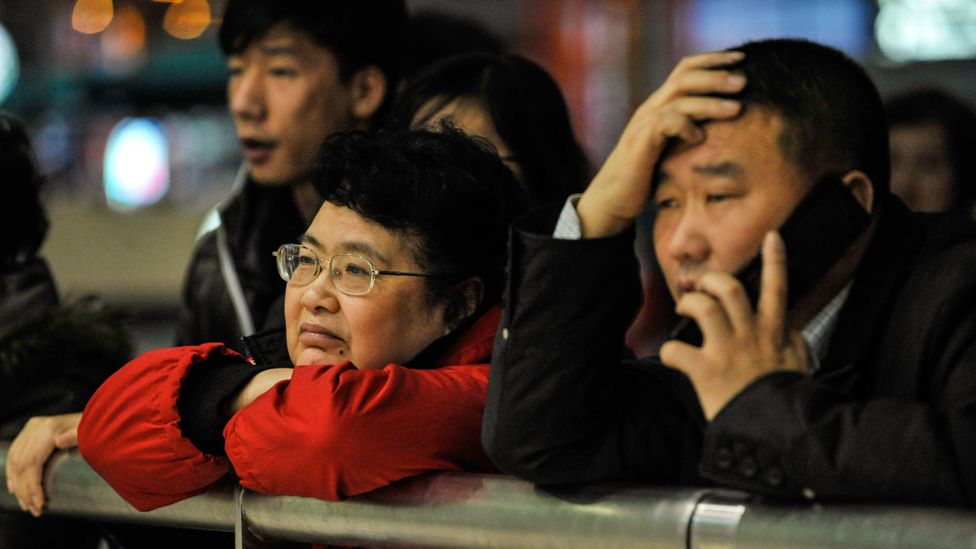 China’s airports are the worst in the world when it comes to punctuality. (Credit: ChinaFotoPress/GettyImages)

Not only does this create a daily bottleneck for passenger planes, it can occasionally result in mass flight cancellations when the military wants to conduct drills, such as in the summer of 2014 when 12 airports, including the two in Shanghai, were ordered to reduce traffic by 25% for a three-week period for military training.

China is projected to overtake the US as the number-one business travel market in the world by 2017.

And yet the airline industry continues to grow in China, with airlines buying more planes, selling more tickets and putting considerably more strain on an already beleaguered system. Chinese airlines were estimated to have carried 440 million passengers last year, an 11% increase over the year before. According to the International Air Transport Association, they’re expected to add another 758 million new passengers over the next two decades, bringing the total number of annual passengers to 1.2 billion by 2034.

Increased leisure travel is fuelling much of this demand, but according to the Global Business Travel Association, business travel is also booming. The group estimates that business travellers in China spent $261bn in 2014 — an increase of 16.6% over the previous year — and, despite the slowing economy, it projects that China will overtake the US as the No. 1 business travel market in the world sometime this year. 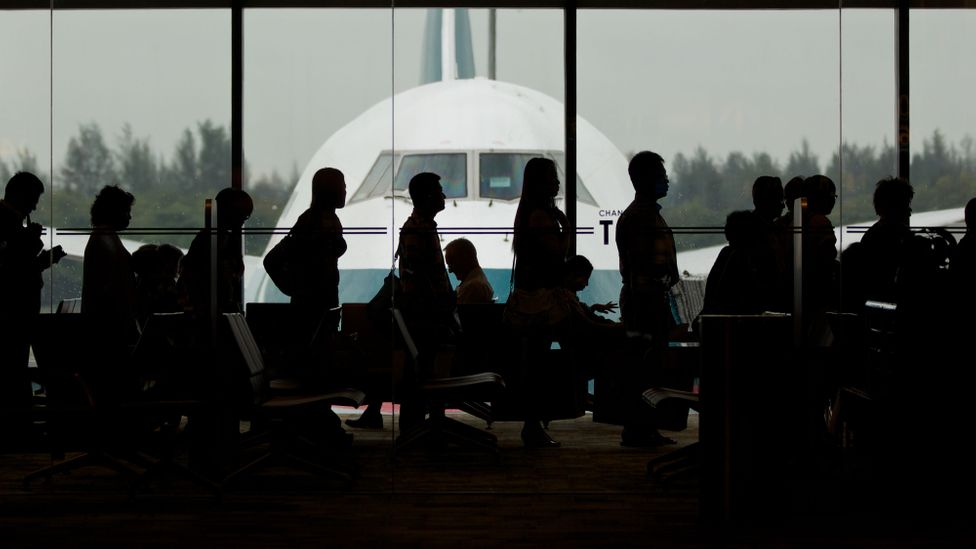 The Global Business Travel Association projects that China will overtake the US as the No. 1 business-travel market this year. (Credit: Christian Petersen-Clausen/ Getty Images)

To accommodate all these new flyers, the Chinese government is starting to make more room in the skies. Last October, authorities opened a third of the country’s low-altitude airspace (below 1,000m) to civilian aircraft, a move that will benefit mostly emergency services and helicopter tours. The plan is to eventually expand this to 3,000m.

China is developing very, very quickly, far faster than any other country around the world has ever developed that capability.

“The government realises there’s an airspace constraint issue,” said David Yu, the executive director in Asia for the International Bureau of Aviation, a UK-based consultancy. “The question: ‘Is air space opening up and is it going in that direction?’ The answer is yes. The question: ‘How fast?’ That’s a hard one to answer.”

China is also aggressively building more airports and striving to improve the efficiency of its existing facilities by increasing the number of flights that can safely land and take off every hour, said Steven Brown, the chief operating officer of the Washington-based National Business Aviation Association, who has flown in China for 30 years. 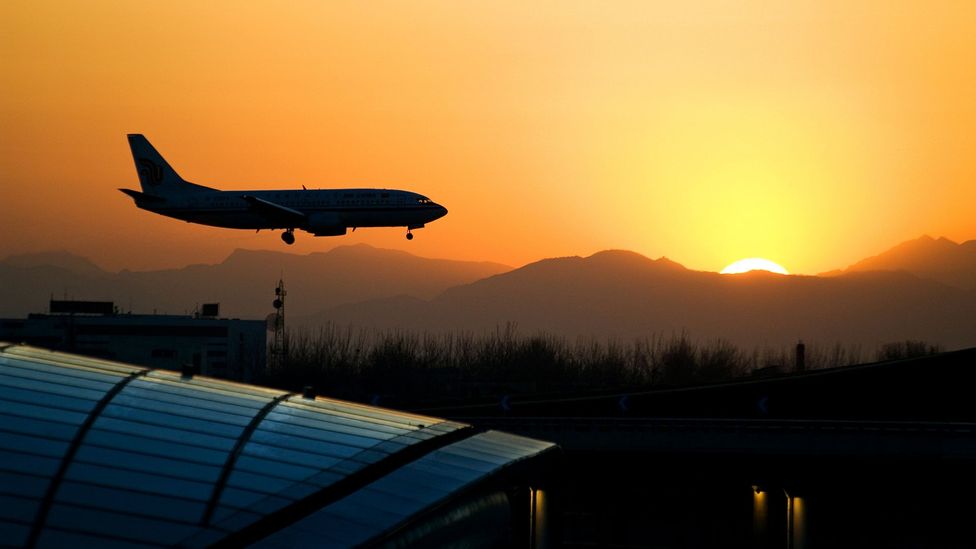 To achieve that, he said, the country is adopting the best practices in the aviation industry, from training crews to be more efficient as they manoeuvre the planes to improving its air-traffic control capabilities and the lighting on the runways. It’s only a matter of time, he added, before the country’s infrastructure and systems are on par with the West. “China is developing very, very quickly, far faster than any other country around the world has ever developed that capability.”

For companies that rely heavily on air travel to do business in China, all these improvements can’t happen fast enough. Lost productivity from chronic flight delays is perhaps the biggest complaint at the moment. “It’s had a big impact on us,” said Ray Chisnall, the Asia-Pacific director for Gleeds, a London-based construction consultancy that manages building projects for clients across China. “If our people are spending a lot of time travelling, they’re either not earning fees or they’re not doing work for clients. It’s just dead time.”

Chisnall estimates his senior managers waste between 10-15% of their time ‘hanging around in airports’.

With up to 30-35 employees travelling around the country to building sites each month, the company has been forced to rethink the way it operates. Daytrips to other cities for meetings are a thing of the past, for instance. “Well, you can do it if you accept you’re going to get home at 02:00 or 3:00 in the morning — if you get home,” Chisnall said. His staff usually spend the night in a hotel and have dinner with a client instead. Everyone on his team has 4G-equipped phones so they can reply to emails when stuck for hours in airports with spotty wi-fi.

Chisnall doesn’t keep track of the cost to the company in lost productivity. “We probably should to be honest,” he said, “it would probably scare us if we did.” He estimates his senior managers waste between 10-15% of their time “hanging around in airports.”

China’s airspace is largely controlled by the military, leaving little room for civilian aircraft even as the domestic airline industry booms.

The other cost to companies is in lost business or frayed relationships due to missed meetings. Armstrong said he’s been forced to make excuses in the past when a flight’s been cancelled or delayed, which he calls “dreadful,” particularly when he’s meeting with banking regulators in Beijing. “They have zero flexibility. They consider it an affront,” he said. “If you are late for a meeting … that can potentially impact on future licensing aspirations you might have or a variety of different things that aren’t immediately transparent to you.” 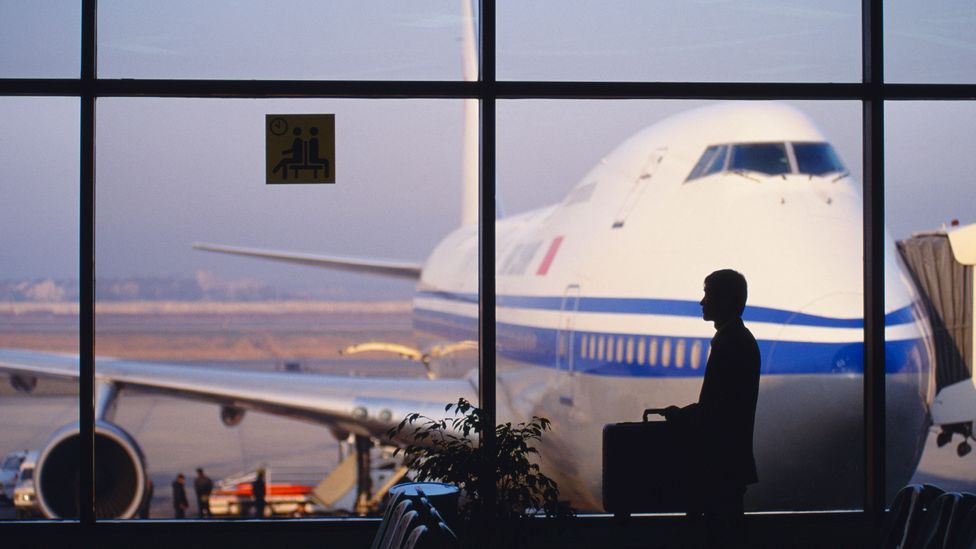 A major problem for travellers is that China's airspace is largely controlled by the military, leaving little room for civilian aircraft. (Credit: Grant Faint/Getty Images)

It’s difficult to quantify the impact flight delays and cancellations have had on the overall economy, but Li Xiaojin, a professor at the Civil Aviation University of China, told China Daily in 2013 that if the military transferred just 10% of its airspace to passenger planes, it could boost China’s GDP by 200bn renminbi ($32.6bn).

Rage in the skies

It’s one thing if delays are a rare occurrence, but in China, every business traveller has a nightmarish story to tell. Peter Arkell, managing director for the Australian HR consulting firm Carrington Day, said he once had a 19:00 flight out of Shanghai that was delayed more than five hours due to “air-traffic control” issues, a frustratingly vague explanation often provided by airlines for delays. He boarded after midnight and the plane then sat on the tarmac for another three hours before the flight was cancelled without explanation and everyone was offloaded, bleary-eyed, and sent to a hotel. The plane finally took off at midday the next day.

To reduce the stress of travel, many businesspeople have stopped flying altogether on short routes and rely on the high-speed train network.

“When there are delays, there are big-time delays. The ones that annoy you are not the weather… It’s the ubiquitous air-traffic control excuse,” he said. “To be locked up in a small space like that and just not going anywhere and not having any information, that can drive you really crazy.” This is evident in the rash of embarrassing air-rage incidents in China in recent years, from passengers storming the runway to starting riots to opening the emergency doors during taxiing.

To reduce the stress of travel, many businesspeople have stopped flying altogether on short routes and rely on the high-speed train network, which is punctual, comfortable and expanding at a remarkable clip. The Shanghai-Beijing route, for instance, takes about five hours, with trains departing every 10-to-30 minutes throughout the day. “There was a really bad period a year ago where I just took to the train and caught it for about four months,” Armstrong said. “It’s a far more pleasant experience and you can actually work all the way.”

But as frustrating as air travel in China, it’s not going to stand in the way of companies continuing to invest in the country — at least not yet. “I think a lot of people just factor it in,” Chisnall said, “and accept it as one of those costs of doing business here.”