Loading
Business Trip
Meet the man who travels 350,000 miles a year
Share using EmailShare on TwitterShare on FacebookShare on Linkedin 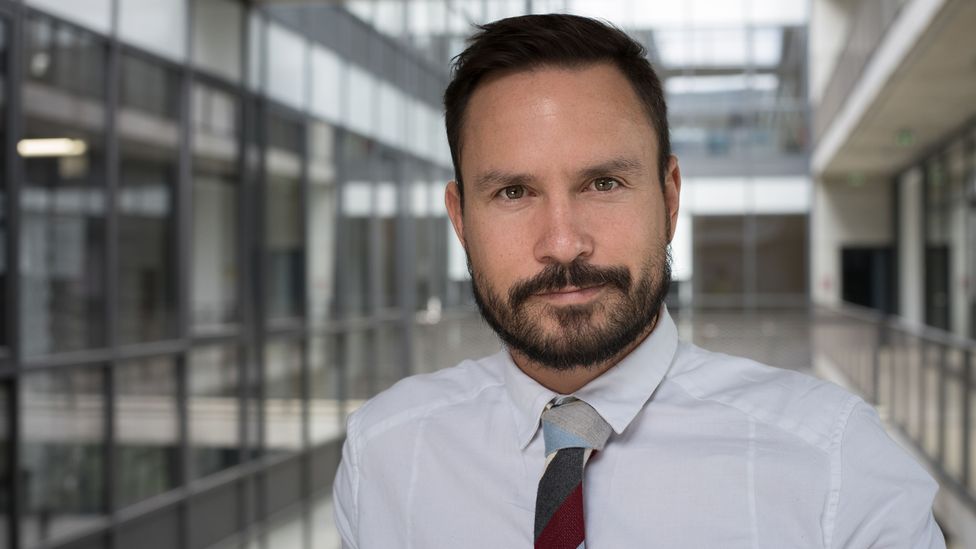 Felipe Neira always wanted a job that would let him circle the globe, so while other Chilean students at his Santiago university took up more conventional summer jobs, Neira signed up to be a seasonal flight attendant.

In his early-20s then, he got his first taste of the wider world. Flying abroad and living out of a suitcase was a lifestyle he could get used to. 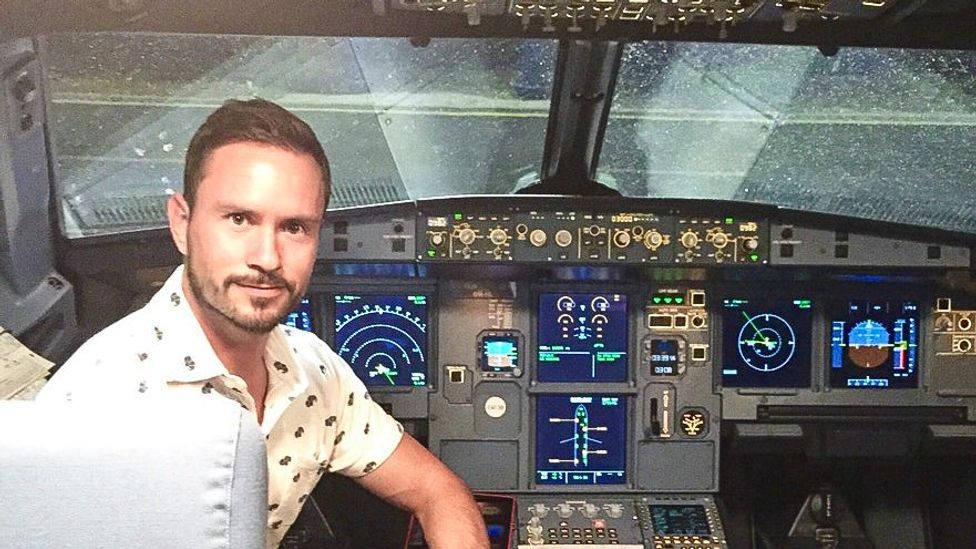 Felipe Neira is on the road up to 20 weeks of each year racking up about 350,000 miles in the process (Credit: Felipe Neira)

“When I graduated from college I looked for a job that would allow me to continue travelling,” Neira said. He found just that as an export manager for Concha y Toro, Latin America’s largest wine producer. For the next seven years the Chilean travelled constantly, representing the brand in Sub-Saharan Africa and eventually landing in Stockholm as the commercial director of its Nordic division.

Neira now works for the Baltic region’s largest wine importer, Global Wine House, as a managing director overseeing the Chilean portfolio. The job involves meeting with Chilean winemakers to develop new lines for Europe. He launched six new Chilean wines in 2015 and plans to release another three in 2016 in the supermarkets of nearly two-dozen European nations.

They like to scare you and put you in these really challenging positions to see how far you’ll go.

Neira, 36, finds himself with one foot in his native Chile and another in Europe, the continent where he’s spent much of his adult life. He travels across the Atlantic from his chosen home base in Berlin to Santiago five times per year for up to 10 days at a time and to the company’s headquarters in Tallinn, Estonia, where he spends one week every month. Add in the monthly trips within Europe for market checkups, educational sessions and relationship-building, and Neira is on the road up to 20 weeks each year, racking up about 350,000 air travel miles in the process. 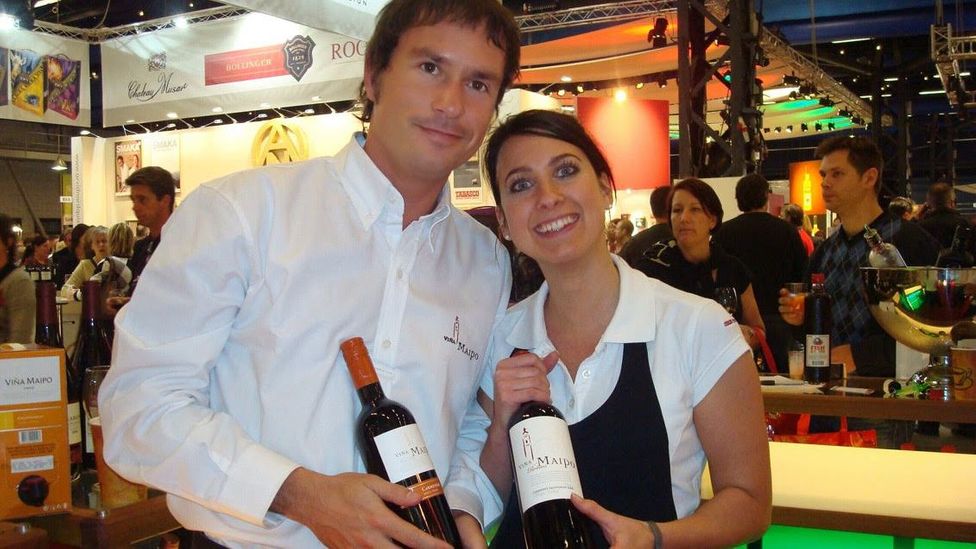 He said the biggest perk of his jet setting life is the free vacations he earns while collecting points through the two frequent flier programmes he’s enrolled in. But there are downsides to this country-and-culture-hopping: building lasting personal relationships has proved difficult, navigating cultural mores is unnerving, keeping a routine is next to impossible, and Neira still, after all these years, hasn’t found a way to manage his biggest enemy: jetlag.

This cross-cultural lifestyle has taught Neira a lot. For instance, when he left his cabin bag on a train from Oslo Airport to the Norwegian capital a few years back he was sure he’d never see it again. But since the bag contained his passport, laptop and 2,000 euros ($2,276) he reported it as missing.

The same train returned about an hour later and Neira was stunned to receive not only his bag but all of its contents, explaining “the trust system in Europe is something that is very foreign to us in South America”.

There is no space for that kind of indirect talk in Europe.

“In Chile we are very cautious in the way we conduct business with regards to whom we trust and who we don’t,” he said, “but in much of Europe they start by trusting you automatically.” That’s led him to begin meetings with business partners from a position of faith – rather than scepticism –in their abilities.

Another difference the Chilean learned on the job: when to be polite and when to be straightforward. “In South America we don’t say ‘no’. We’ll say ‘maybe’, ‘yes’ or ‘let’s talk about this later’ when we really mean ‘no’,” he said. “We think we’re being polite by doing this, but … there is no space for that kind of indirect talk in Europe.” 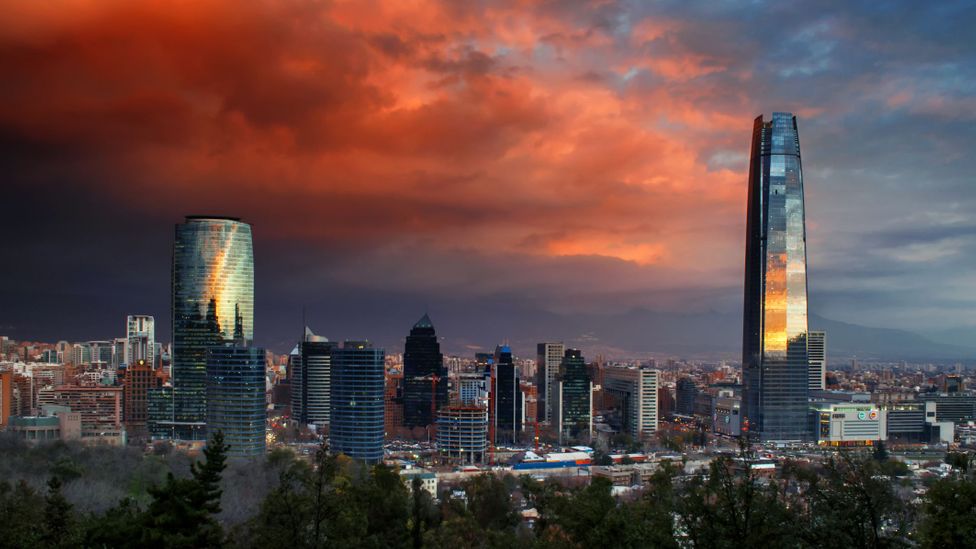 When in Santiago, Chile, he’ll often stay with friends or family so that he doesn’t lose touch with the people who’ve known him since he was a child. (Credit: Getty Images)

Neira has also found his recent work in Eastern Europe to be a lot more confrontational than he was used to in Scandinavia. “A small issue can turn into a big fight where there’s shouting and you feel that a business partner will completely break off the relationship,” he explained. “But then you learn that that’s just the way they do stuff. They like to scare you and put you in these really challenging positions to see how far you’ll go.”

When reality sets in

As it turns out, the travelling life he once dreamed of isn’t nearly as glamorous in practice, Neira said.

The reality of many of these trips is that you’re just office-hopping.

“The reality of many of these trips is that you’re just office-hopping,” he said. “My friends don’t believe me, but going to Prague, Oslo, Madrid or wherever, it doesn’t really matter anymore because you go to the airport, get in a taxi, go to the office, go back to the hotel, go back to the airport and off to the next destination.”

Neira goes back to the same hotels time and again because having a familiar atmosphere can save time and effort. That’s helped him not feel like he’s always starting from scratch looking for the nearest restaurants or scoping out routes to get to and from meetings. 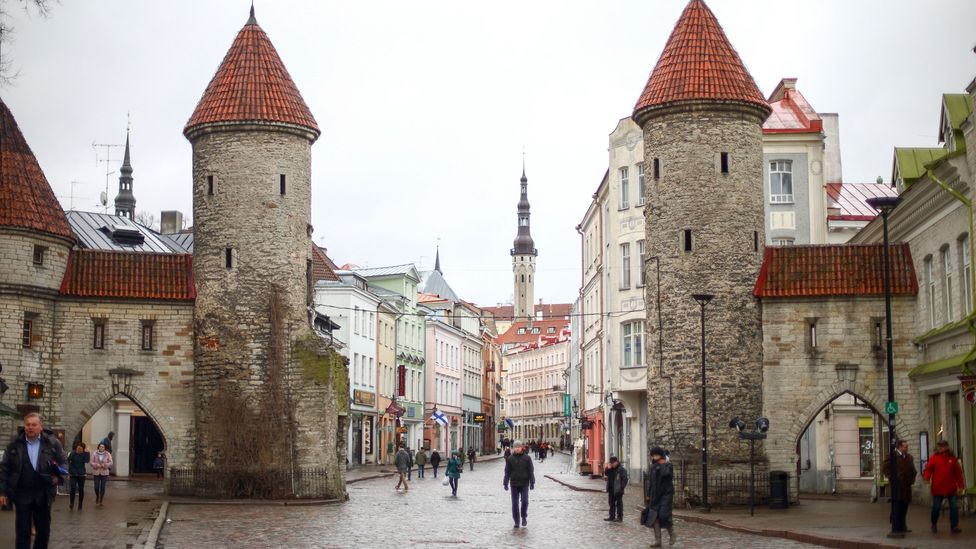 In places like Tallinn, Estonia, that have become like a second home, he tries to maintain some form of continuity. (Credit: Getty Images)

In places like Estonia, which have become like a second home, Neira said he frequents the hotel gym, goes to the movies and hangs out with some friends he’s developed over the years. This helps him maintain continuity in his travelling life. When he’s back in Santiago he’ll often stay with friends or family — instead of a hotel — so that he doesn’t lose touch with the people who’ve known him since he was a child.

Maintaining close ties with contacts in both Europe and Chile can be a challenge, but building a meaningful relationship has proved trickier.

“Just when you’re beginning to know someone you have to leave, and when you return 10 days later everything you’ve started goes back to zero,” Neira said.

The Internet prevents you from ever completely leaving your country.

Neira is adamant that he doesn’t find his lifestyle lonely, but he said the lack of routine does wreak havoc on his personal life. Even something as simple as trying to learn German has turned into a Herculean feat. “There is no way I can sign up for a course at a language school, and when I tried to coordinate lessons with a private teacher over a three week period I couldn’t make it to any of the lessons,” he added.

But, he doesn’t feel completely disconnected. Neira spends a lot of his free time on social networks, “so even if I’m away from Chile most of the time, I still feel very connected to what’s going on thanks to the immediacy of communicating online,” he said. “The Internet prevents you from ever completely leaving your country.”