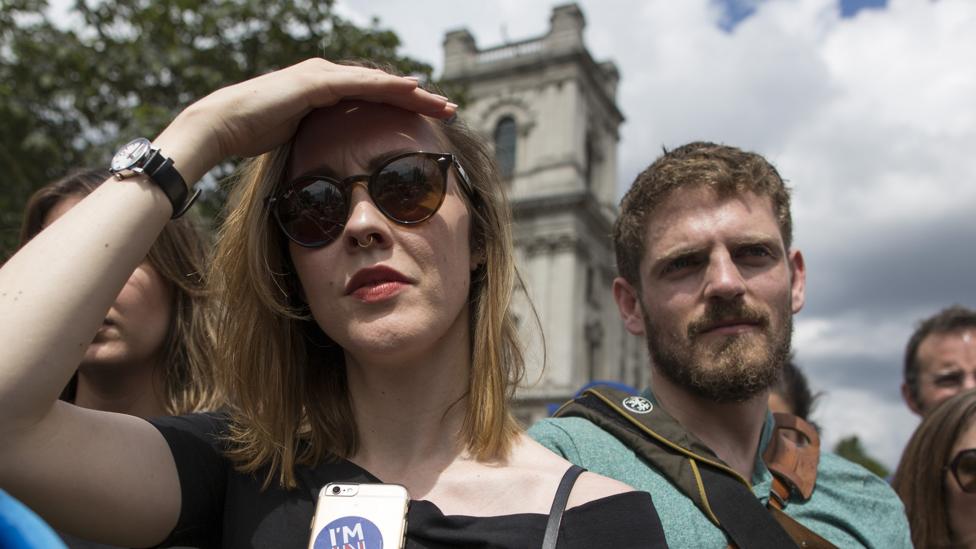 By Renuka Rayasam 9th July 2016
Many Europeans living and working in the UK are now facing uncertain career paths, thanks to Brexit. But young people stand to lose out the most, writes Renuka Rayasam.
W

When Laurens Geffert, 32, moved to the UK from Germany in 2011 for a work placement, he expected to stay for only eight months. But after a series of job offers and the opportunity to complete a PhD at Cambridge University, he decided to stay. He’s currently working in London as a data scientist for a financial technology firm.

When you stay in a place for so long, it changes you. My identity has become increasingly British – Laurens Geffert

“When you stay in a place for so long, it changes you,” said Geffert. “When I go back to Germany, sometimes I can’t help but wonder about Germans and their particularities. My identity has become increasingly British.”

Like many European millennials working in the UK, Geffert has become more of ‘a Brit’ over the years and is now not quite sure where he belongs. Many young Europeans are feeling disappointed by the result of the vote and will likely face years of uncertainty over their careers. It will take at least two years for the UK to negotiate its departure from the EU.

Now he and his girlfriend, a French-Hong Kong junior doctor who grew up in Hong Kong, are thinking more seriously about leaving London. “I don’t agree with (the) direction,” he said. “I feel like I don’t want to be part of it.” The couple are considering a number of alternatives, including Boston in the US, where she could continue her training and he could find a job in his field.

Many workers from EU member states in their 20s to mid-30s find themselves in similar precarious circumstances. “I’m struggling to find anything positive for the young about this vote,” said Christian Odendahl, chief economist at the Centre for European Reform. Days before the vote Odendahl and his colleague John Springford analysed what a leave vote could mean for young Europeans. The analysts suggest that even if the UK does manage to negotiate favourable trading terms with Europe, any short-term recession will disproportionally hurt younger workers trying to get a foothold in the job market. 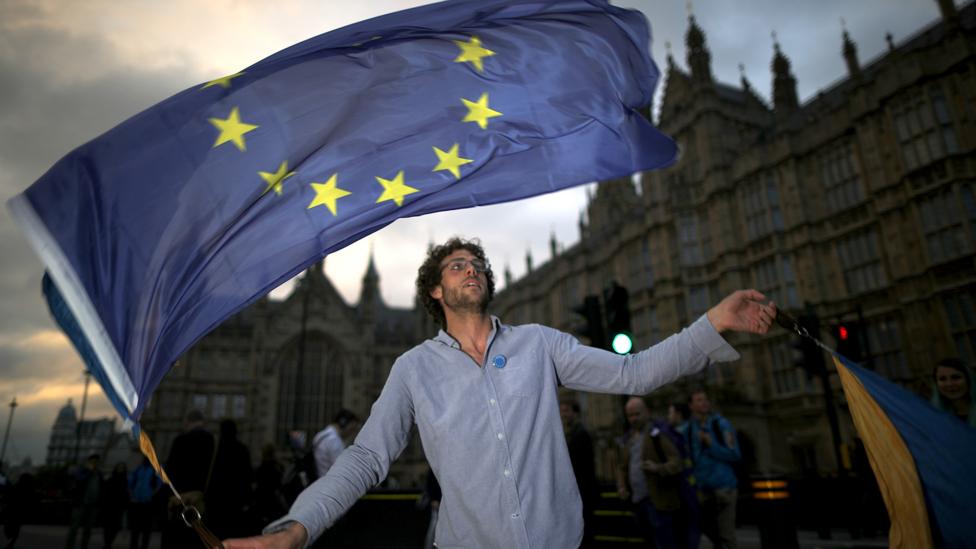 For many European millennials in the UK, the future is now uncertain (Credit: Getty Images)

Florian van Megen, 32, is also part of a generation of young Europeans who grew up in an era of easy travel around Europe. Van Megen, who is German, met his British wife nine years ago in the Netherlands when they were both on the hugely popular European student exchange programme called Erasmus.

Since then he has studied European law, worked in Brussels, Belgium, and now lives in London working for a trade body that represents asset managers. Van Megen said the UK’s vote means his generation will no longer take for granted their right to move around for work.

Van Megen, who was in Brussels the day of the vote and in Germany the weekend after, said “I didn’t have any doubts that they would let me back into the country. But I don’t know if that will be the case in two years.”

The outlook for Brits

The referendum creates one more layer of anxiety for a generation of Brits already struggling with precarious situations, said Vicky Spratt, features editor at The Debrief, a UK based news and lifestyle website for millennial women. 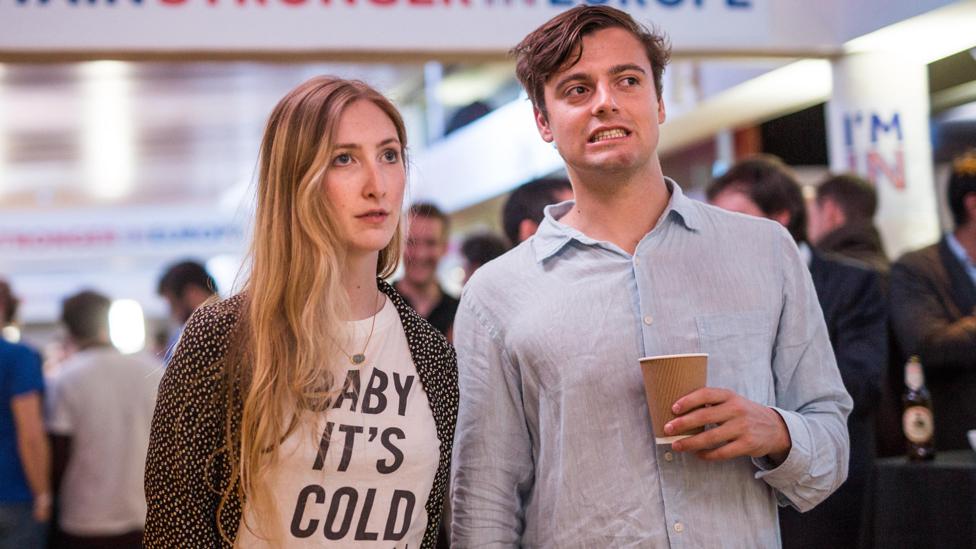 Supporters of the Stronger In Campaign react to the results of the EU referendum in London (Credit: Getty Images)

Spratt, who is 28 years old, said the vote is one more blow for a generation already struggling with financial issues like student loans and housing affordability. Spratt said that young Brits have come to at least rely on being able to move freely around the globe.

“We’ve grown up online with a global outlook. We’re one click from knowing how people around the world live, what they are wearing, what beauty products they are using,” she said. With cheap international flights and visa free travel, it was easy for Brits to visit those places as well. “The general feeling is that is this thing that was really great going to be taken away from us too?” 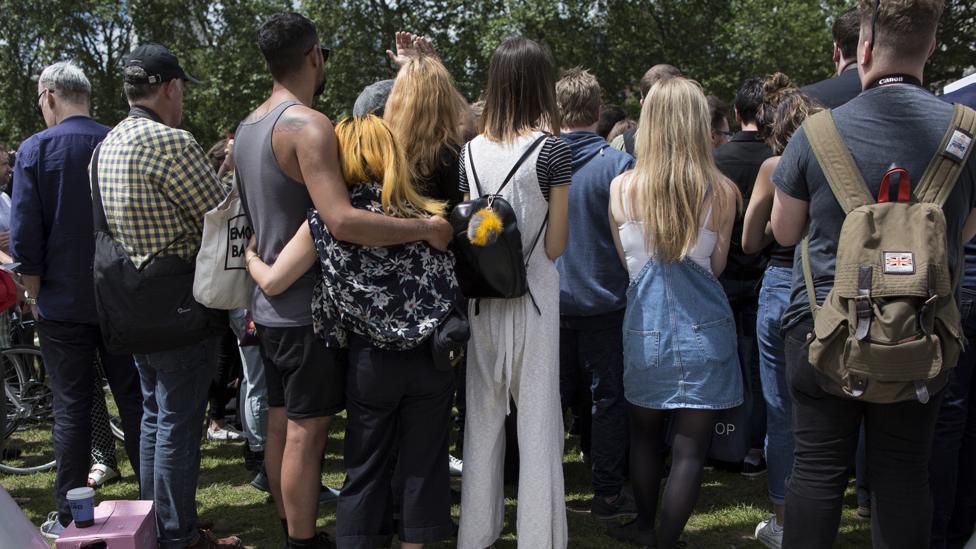 Young people gathered to protest in London the day after Britain voted to leave the European Union (Credit: Getty Images)

Visa-free work agreements between EU member countries helps both major companies and start-ups hire talent from a broad pool of candidates across more than two dozen countries, said Hemsley, who works with companies and candidates from around the world.

If EU countries begin to restrict the ability of UK workers to take jobs in their countries, Hemsley anticipates other hot spots for young workers will quickly pop up. Places like Dubai, Sydney and Singapore could benefit from British workers who want to more easily get international experience.