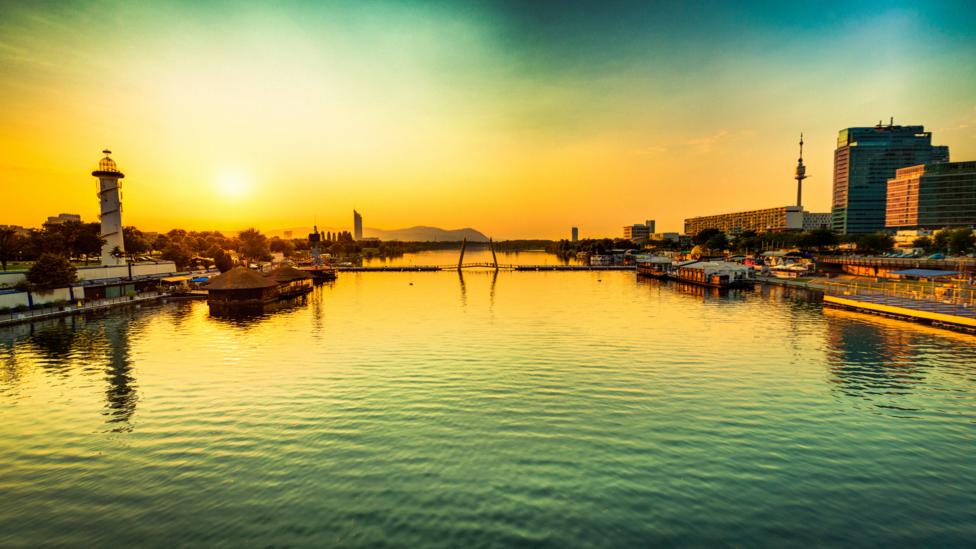 By Denise Hruby 14th July 2016
As a conduit between East and West, Vienna is growing in popularity – and international firms are taking note.

If you came here 10 years ago, you wouldn't recognise the city anymore — there's a lot of restaurants and bars, creative industries and it's much more diverse

It’s geographic location plus easy living make it a big draw for business people. While centuries ­old castles and fine arts make it a popular tourist destination business travellers are just as common.

“For me, Vienna was the most aesthetic city in Europe,” said Magnus Beyer, an engineer with Imperial College in London who recently went on his first business trip to Vienna to participate in the general assembly of the European Geosciences Union held in April. 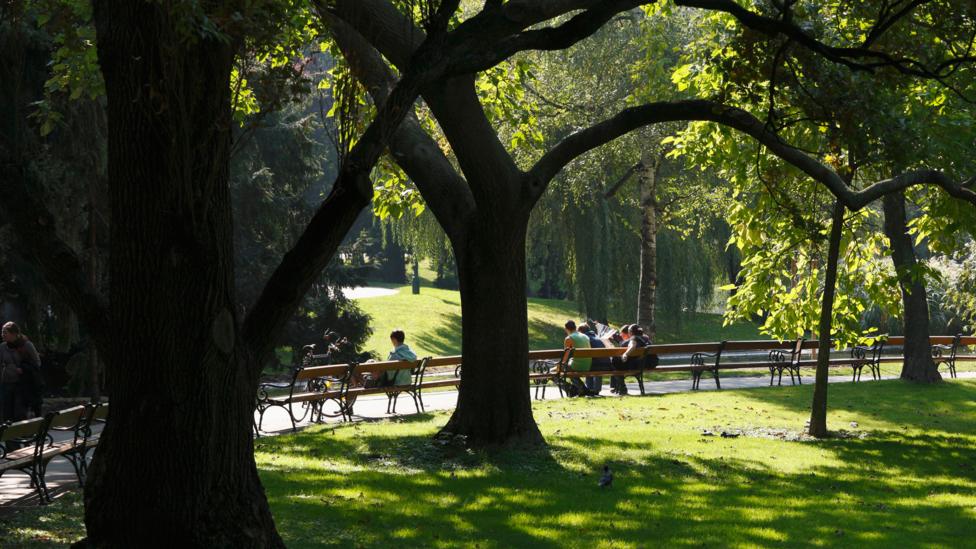 One of Vienna’s many green spaces dotted throughout the city (Credit: Martin Siepmann/ Alamy)

While the city is known for its old­-world charm, travellers he speaks to are still taken aback by its beauty, said Jean-­Paul Dantil, general manager at the Ritz­ Carlton Vienna.

“They are really always astounded just by how beautiful the city really is. Many are also surprised how easy it is to walk around here, how great the public transportation is and that traffic isn't bad at all considering that it's a capital,” Dantil said.

He said at the hotel, about half of the guests are in town for business reasons, many of them diplomats, high­-ranking government officials and consultants who shake hands at international meetings of power players, such as the Organization of Petroleum Exporting Countries. OPEC has been running its worldwide operations from Vienna since 1965.

With more than 1.8 million inhabitants, Vienna is the second­-largest German-language city in world

And as one of the United Nations' four major central office locations, Vienna is home to some of its major agencies, including the International Atomic Energy Agency. The UN offices employ some 4,400 people from 120 countries. 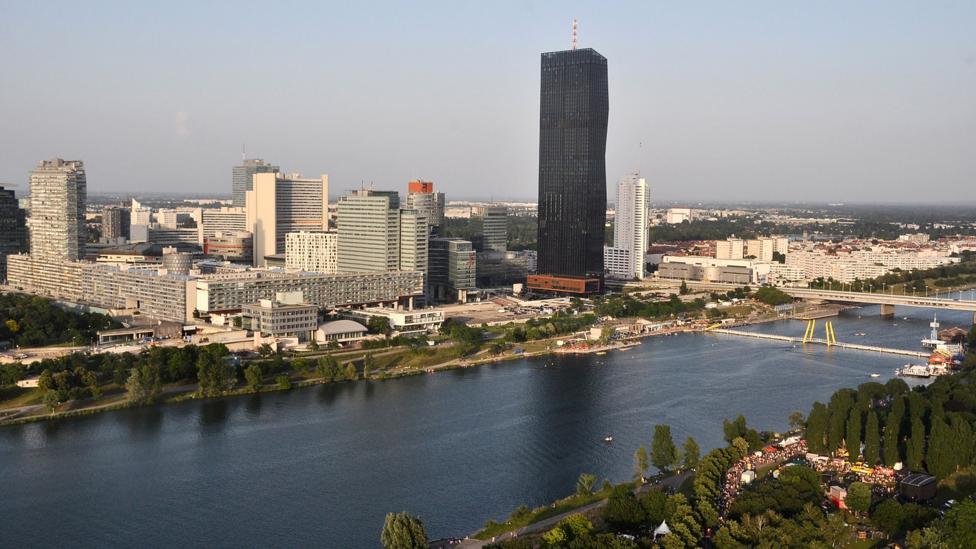 With more than 1.8 million inhabitants, Vienna is the second­-largest German-language city in world, with 200,000 university students adding a youthful and cosmopolitan edge that extends to dining and nightlife, said Ursula Kainz, of Vienna Business Agency, which advises national and international companies.

"If you came here 10 years ago, you wouldn't recognise the city anymore — ­­there's a lot of restaurants and bars, creative industries and it's much more diverse, more open and just more colourful than before," Kainz said.

Once Central Europe's most eastern outpost, Vienna became the heart of the continent with the fall of the Soviet Union — a gateway for businesses seeking to expand in to the newly opened economies emerging in the east.

Coffee culture is big in Vienna

Moreover, the European Union's eastward expansion has squarely placed Vienna as a conduit for business and investment that goes both ways.

Austrians are often considered overly formal, shown, for instance, in their insistence on the use of titles and honorifics. Even those with an undergraduate degree will be addressed as “Magister”, while those with a PhD are referred to as doctor, no matter whether they have a medical degree.

A simple “hello” isn't accepted unless you've established a close relationship with a business partner. Instead, "Grusez Gott”, which literally translates into "Greet God”, is the common phrase business partners use when they shake hands in this Roman Catholic nation.

In many respects, though, Austrians are more relaxed and laid back than their northern neighbours in Germany. Being five or 10 minutes late isn't seen as a big deal in Vienna.

Proud of their old customs, the Viennese will eagerly invite business partners for traditional meals, which often includes beer or a glass of Grüner Veltliner white wine over lunch. 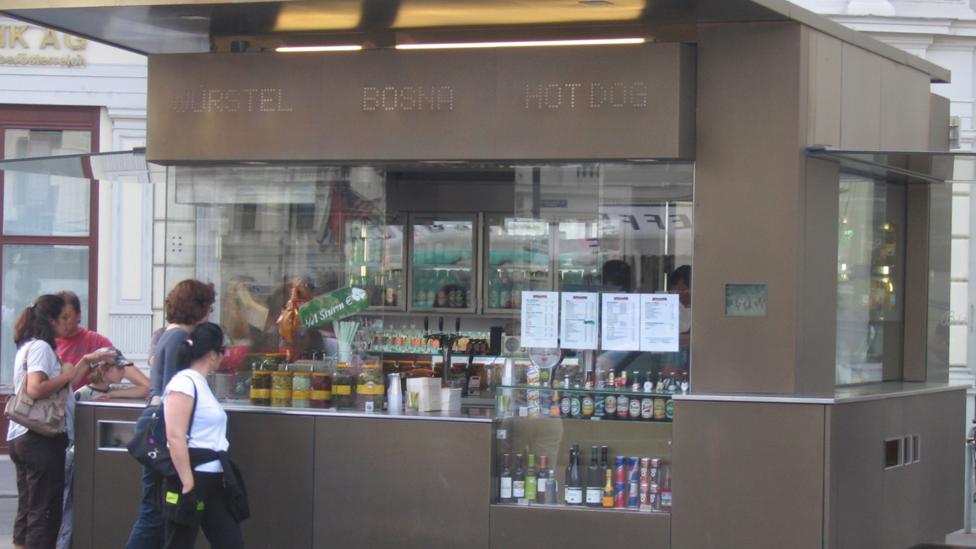 After a visit to the grand opera house, business partners will often be taken to the “Würstelstand”, the ubiquitous street stalls selling sausages.

“It’s high-­class fast-food, nothing like McDonalds, and you can prepare to be taken there as a business traveller. My advice: Don’t ask for fork and knife,” Kainz laughed, explaining that the sliced sausages are served on a paper plate and dipped into horseradish, ketchup and mustard with your hands.

More than 60 airlines offer a total of 180 direct flights from Vienna airport. The busiest routes are from Frankfurt, Zurich and London. Last year, the recently refurbed airport, handled almost 23 million passengers. The city airport train, CAT, will take you to the centre of Vienna in 16 minutes, an 11 euro ($12.25), non-­stop ride.

A three-­day public-­transport pass covers metro, tramways and busses and costs 16.50 euros ($18.35), while those staying long-­term can take advantage of passes that bring transport costs down to less than a euro ($1.10) a day.

Generally, Vienna is considered very affordable for a European capital. A set lunch will cost less than 10 euros ($11) and a very good glass of wine costs no more than 4 euros ($4.50).

But beware: carrying cash is a must. Many shops and restaurants still won’t accept credit and debit cards. The majority of businesses close around 19:00 and are also closed on Sundays.

The many international headquarters and the increase in business investments has also meant a boost in the city's industry for meetings, incentives, conferencing and exhibitions. Last year the city hosted 3,685 congresses, conferences and international meetings, resulting in 1.7 million overnight stays in one of the city's 65,000 hotel beds.

As Vienna is a compact, walkable city with most sights located in the First District, finding a centrally located hotel helps make the most of your business trip.

For those seeking accommodation with historic appeal, Hotel Sacher is among the city's most traditional hotels, having hosted Queen Elizabeth II and John F Kennedy. Eduard Sacher opened the hotel in 1876, just a few years after his father invented the now ­famous Sachertorte, a chocolate cake with a layer of apricot jam and a generous portion of whipped cream.

Coffee culture is big in Vienna. Two bags of coffee left by Turkish soldiers trying to invade the city in the 17th century sparked a tradition now so special to the city Unesco proclaimed its “coffeehouse culture” as an intangible World Heritage.

A cup of coffee buys you a whole morning or afternoon of undisturbed study and you will see many people setting up work or reading for hours, an empty cup in front of them, without drawing stares from the staff. Order the classic Sachertorte or an apple strudel with a Wiener Melange, Vienna's specialty coffee. 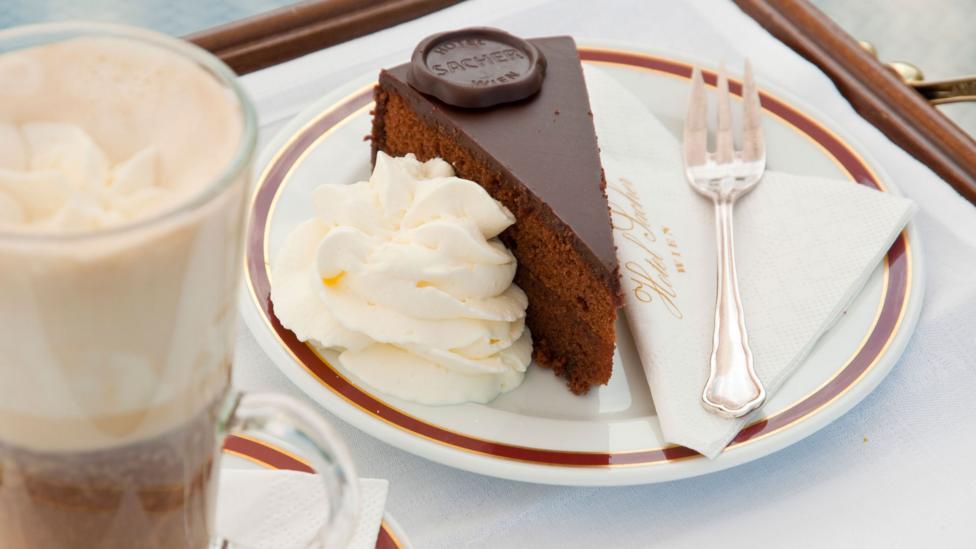 Steirereck is a popular place for business lunches due to its beautiful location inside the city park and its Austrian cuisine. Reservations are required.

To get a taste of classic Austrian Schnitzel, typically a cut of breaded veal fried golden and served with potatoes roasted in parsley or a potato salad, head to Figlmüller. The restaurant is more than 100 years old and prides itself that its fine dining “goes beyond the plate” with Schnitzel that measure 30cm in diameter.

Days on end could be spent ticking all the castles and arts museums off your list, but some of the must-­see sights are Hofburg, today the residence of the Austrian president, and Schönbrunn, the summer residence of the Habsburgs.

An hour-long stroll during a lunch break can give you a good impression of Vienna’s charm, but if your schedule is tight, Beyer recommends getting to your meetings the way many Viennese would.

“There’s hardly any cars in the First District. To see the Stadtring, the Museums, the Opera and the City Hall, just ride a bicycle to your meetings.”