After Brexit, many are looking for a new place to call home. These regions offer big incentives to get you to relocate.

Editor’s Note: (8 November 2016): The top Google searches in the US as the 2016 election drew to a close: How to move to Canada, How to move to New Zealand and How to move to Australia 2016. That's just from the last week. It's not so different than the surge in Google searches after the UK voted to leave the European Union. That's why on the US election day, BBC Capital is bringing back this story about the towns that will pay you to move there. Read on...

That’s the growing question on the minds of many UK citizens who voted to remain in the EU during the June 23 referendum.

Londoner Tabhitha Wilson is one of them. The 40-year-old personal trainer and healthcare communications consultant said she’s now actively searching for opportunities abroad “because I don’t want to be around for all the madness and upheaval”.

Wilson said the Brexit vote served as a catalyst to seriously investigate options for leaving. She’s currently researching job opportunities in Dubai and Singapore to escape from “this situation at the moment where there is no Plan B and so much uncertainty.”

Wilson is not the only one plotting an escape from the UK. Data from Google Trends shows that the search term “move to Canada” spiked 230% on June 24, most notably in London and Cardiff. New Zealand was the more popular choice in Southampton, while similar searches on how to move to Australia and the US saw marked increases throughout the UK. 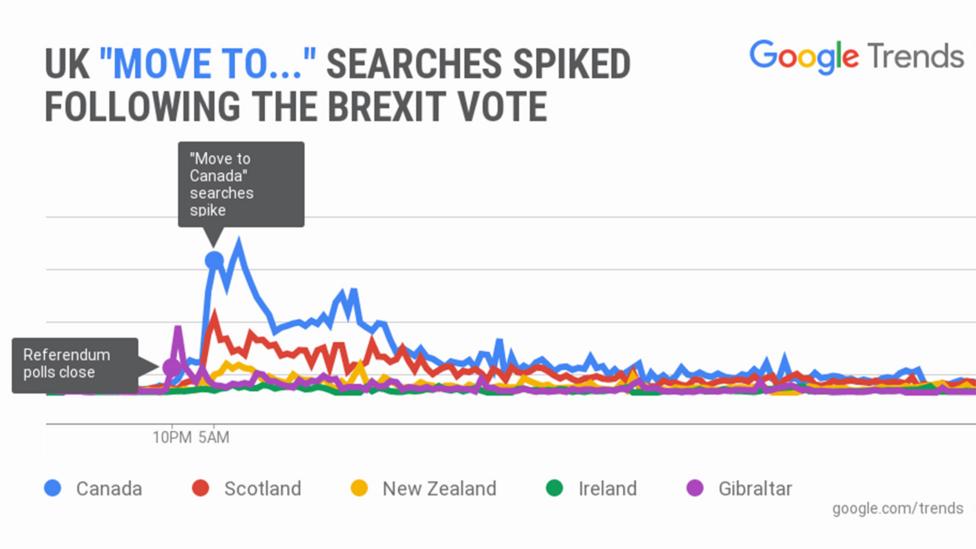 Immigration New Zealand said its website received more than 5,500 UK visits per day in the three-day period following the vote (compared to 2,000 on a typical day), while UK visits to Canada’s immigration site jumped from 27,500 on the day of the vote to 61,400 the following day. Ireland similarly experienced a surge in passport applications as many Brits scrambled to find a way to stay connected to the EU.

There are a number of towns and cities around the world that are actively recruiting new residents.

Those harbouring similar feelings may be surprised to learn that there are a number of towns and cities around the world that are actively recruiting new residents, including potential ‘Brexpats’. Some offer attractive incentives to ease the burden of building a new life in an unfamiliar land.

The town with too many jobs

The tiny New Zealand town of Kaitangata made global headlines late last month for having a unique problem: Not only are there plenty of jobs and an abundance of cheap housing, but there’s not enough people to fill either. 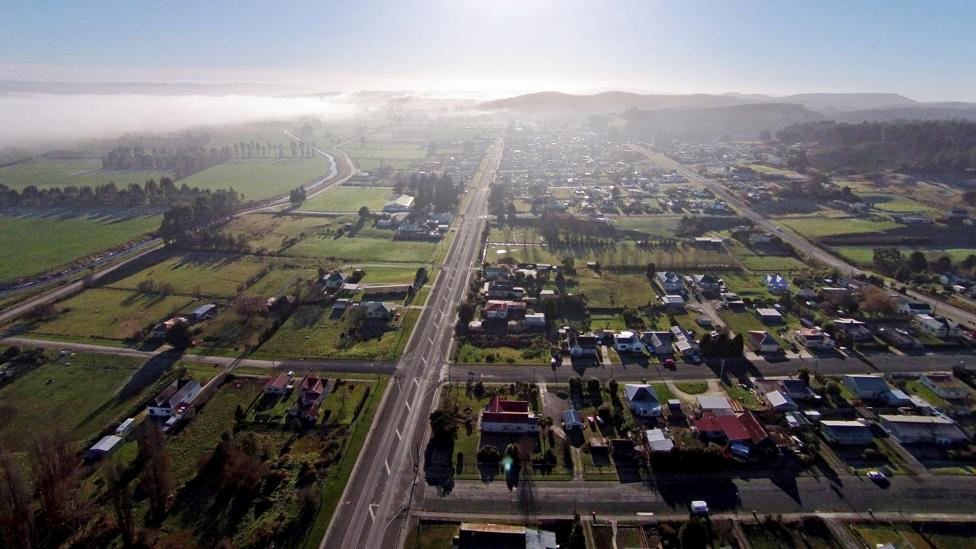 The New Zealand town of Kaitangata won’t pay you $160,000 to move there – but there are plenty of jobs and cheap housing packages (Credit: Alamy)

The mayor’s office was flooded with enquiries earlier this month after initial reports mistakenly claimed the Clutha District Council was paying people $160,000 just to move there. To quell this deluge, the council had to release a statement dispelling these rumours.

Kaitangata is about as far away from the UK as you can get.

The rural community of 800 lies 80km southwest of the nearest city Dunedin. Rather than paying people a six-figure sum to move there, it has launched a recruitment drive to lure families with a land and home package that costs NZ$230,000 ($165,000). Meanwhile, it’s estimated that the greater Clutha district has upwards of 1,000 job vacancies in everything from agriculture to nursing and construction.

Before you book a one-way flight, take heed: Kaitangata is about as far away from the UK as you can get, with a minimum flight time of 30 hours between Dunedin and London. Those used to city living may also find the pace of life at the southern tip of New Zealand’s South Island markedly different from home.

Have skills, will travel

Those with a particular skill may find it easier to relocate to a location where their expertise is in high demand. The Australian state of Tasmania, for example, is currently on the lookout for British dairy farmers interested in relocating there on a Skilled Work Visa. Industry body DairyTas said there are a large amount of fully equipped dairy farms on sale at prices that are approximately 50% lower than comparable dairy farms in Great Britain. 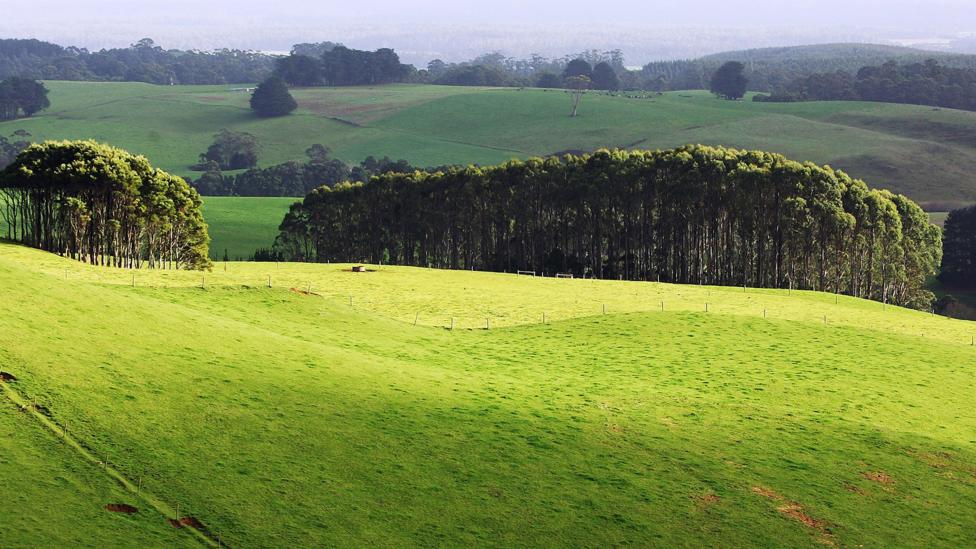 Like Kaitangata, however, Tasmania is a long way from home at just over 24 hours by air. UK farmers will also find themselves on an island with far more weather extremes than Great Britain.

Many analysts predict further growth in Ireland’s tech industry should it become the only remaining English-speaking nation in the EU.

White-collar workers hoping to remain in the EU may want to look even closer to home. Ireland has just launched a campaign to lure 3,000 technology professionals each year into the republic’s IT sector. Karl Flannery, CEO of Storm Technology and chair of the Tech/Life Ireland initiative, said the tech industry in Ireland has been growing faster than anticipated. “There is a gap between what’s coming out of the third-level system and what the industry needs,” he explained.

The new campaign is not directly targeted at UK nationals, but Flannery said there has been a spike in interest in the past week, particularly as many analysts predict further growth in Ireland’s tech industry should it become the only remaining English-speaking nation in the EU. The majority of the jobs currently available are based in Dublin, though there are also smaller technology clusters around regional cities like Cork and Limerick.

Cheap land across the pond

Several towns and cities in North America will either pay people to live there, or are offering land at next-to-nothing prices. Some small communities in the Canadian province of Manitoba are also looking to stem the tide of an ageing population by attracting new residents with handsome housing deals.

The Rural Municipality of Pipestone, a sparsely inhabited district 75km north of the US border, is currently offering CAD$10 ($8) land packages in the communities of Reston, Pipestone and Sinclair. Those who sign up for the lot sales programme must make a refundable CAD$1,000 ($780) deposit and commit to building a home within 90 days of closing the deal. Much of the landscape in Manitoba, Canada is rugged and sparsely populated (Credit: Alamy)

Tanis Chalmers, manager of economic development, said the main industries employing residents in the municipality are petroleum, agriculture and cattle production. The Rural Municipality of Pipestone also offers a grant of up to CAD$32,000 ($24,900) for the construction and operation of a new business.

Chalmers said she’s already sold 25 lots and hopes to attract a dozen additional homeowners in 2016 (there are 14 lots currently available with more to be added in the near future). While the deal is available to potential Brexpats, Chalmers warned that it “does not come with a permanent residency or a visa of any kind”.

Potential residents should also be aware that all of the lots are located near southwestern Manitoba's oil patch in the Canadian prairies. Anyone who craves a taste of the city (or needs to catch a flight back to the UK) would need to travel three-and-a-half hours east to Winnipeg. 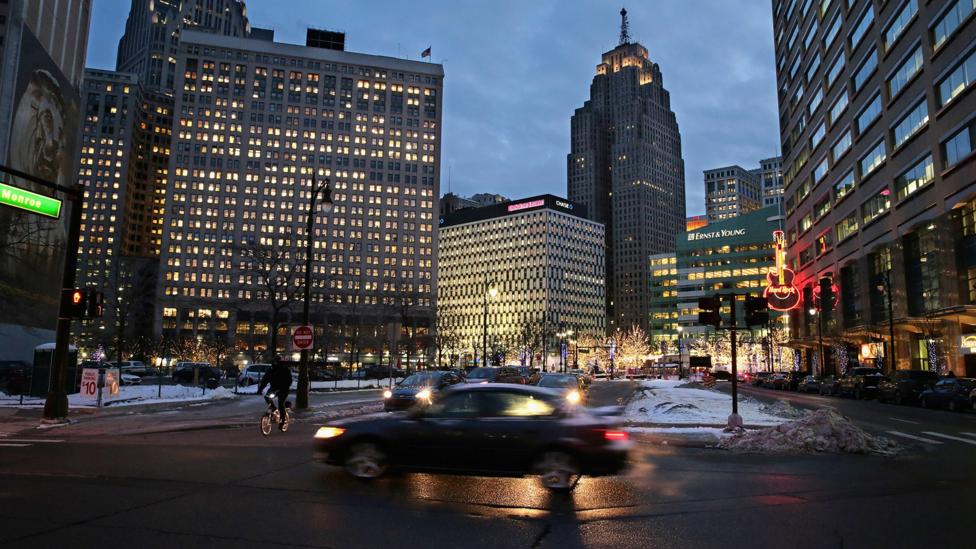 Amid high unemployment and crime, there are incentives for people to live in Detroit, Michigan (Credit: Getty Images)

Several regional US cities suffering from economic depression also offer major incentives to relocate. New Haven, Connecticut, gives as much as $80,000 in incentives through three programmes aimed at attracting new homeowners, while Detroit, Michigan, has two initiatives (Live Downtown and Live Midtown) that provide incentives like a $2,500 yearly allowance towards the cost of renting an apartment or a forgivable loan of up to $20,000 for new homeowners. 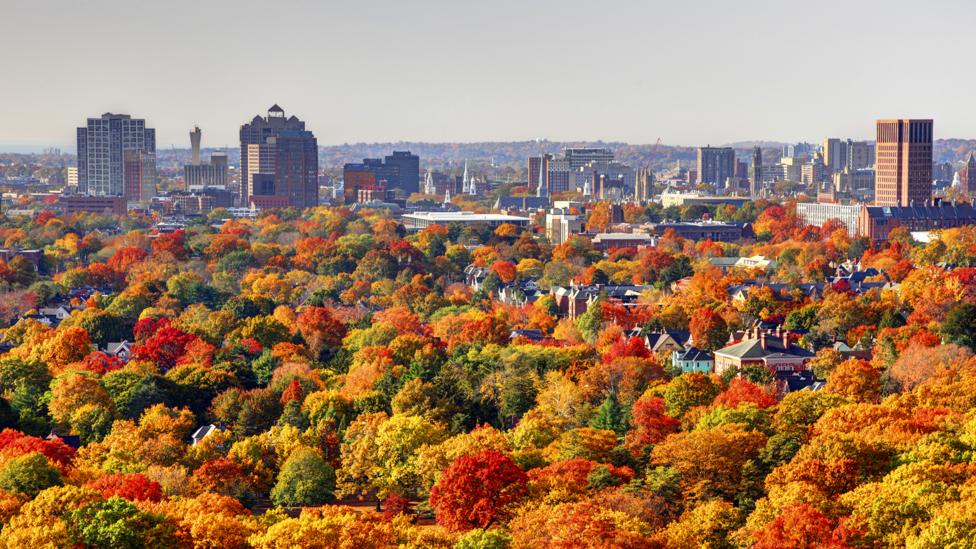 New Haven, Connecticut in the US offers up to $80,000 to attract new homeowners (Credit: iStock)

Of course, finding work in these struggling cities isn’t easy. The unemployment rate in Detroit was about 11% in the first quarter of 2016, while in New Haven it was slightly lower at 7%. Detroit also is known for violent crime, with 44 murders per 100,000 residents, according to FBI crime statistics.

Like Detroit’s crime rate and Manitoba’s isolation, there are good reasons why these places have to offer incentives to get people living and working there. If the desire to leave the UK is too great, however, these rural areas and rebounding cities may be just the ticket.