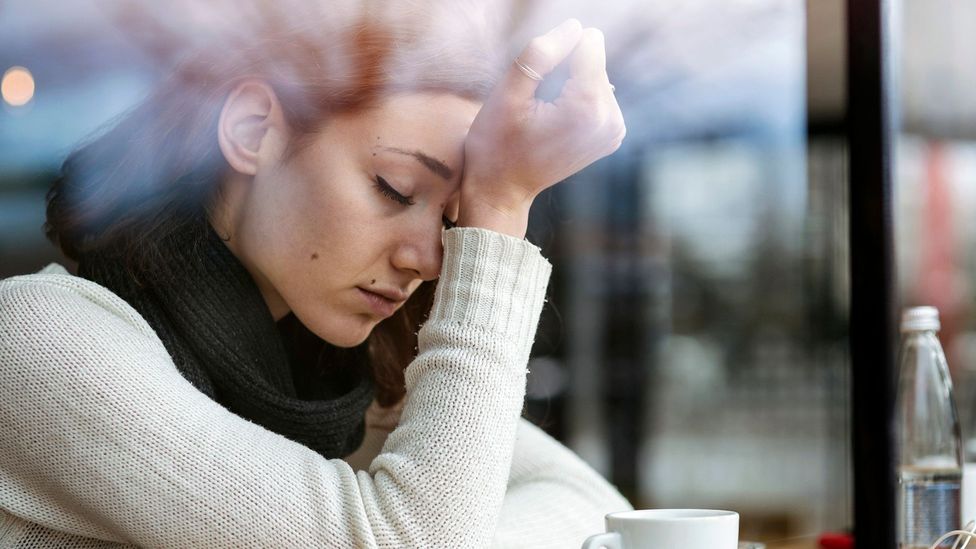 By Alina Dizik 10th August 2016
Why do we ask people we’ve just met what they do for a living? It can indicate an unhealthy link between our work and identity.
I

In the first few minutes of striking up conversation with a stranger, Yasaman Hadjibashi is inevitably asked a question we all get: “what do you do?”

The answer she gives is intentionally vague.

She could mention her MBA from Harvard Business School, or the fact that she’s a top executive at Barclays Africa Group. Instead, the Johannesburg-based chief data officer offers a less-than-detailed answer which, she hopes, will separate her work identity from who she is outside of work. “I would like people to get to know me before they know my credentials,” she says. 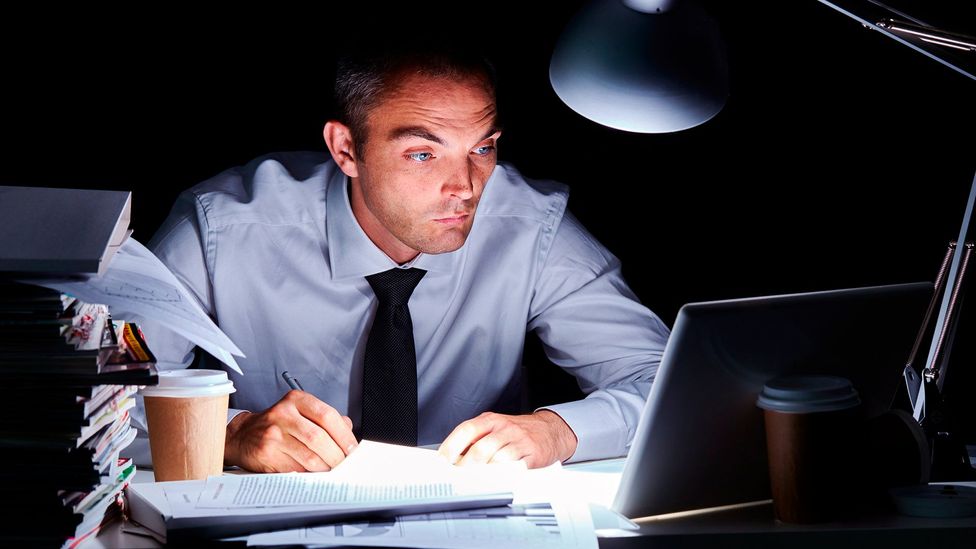 The fewer outside interests you have, the more you depend on your job, says Al Gini (Credit: iStock)

“It’s almost my test because I’d like to know if they start being respectful anyway.”

Hadjibashi isn’t the only one feeling torn between her social and work identity: career experts say that in a social setting, even the most successful people will benefit from disentangling their sense of self from what they do.

Retaining a distinct identity causes less grief during a job loss, creates more authentic connections outside of the office and helps people feel more respected even when away from a powerful job. But as companies require a full-time connection to work, many workers find themselves unable to separate their identity from what they do professionally. This may ultimately negatively affect their wellbeing, says Al Gini, a business ethics professor at Loyola University in Chicago and author of My Job, My Self. “The less we have in other interests, the more dependent we are on our job. So when we lose it, you totally fall apart,” Gini says.

To be sure, those who inquire about work identity are simply trying to piece together social status, in the same way some Asian cultures focus on lineage and the parents’ wealth rather than the occupation, says Ho Shee Wai, a psychologist and director of the Counselling Place in Singapore. 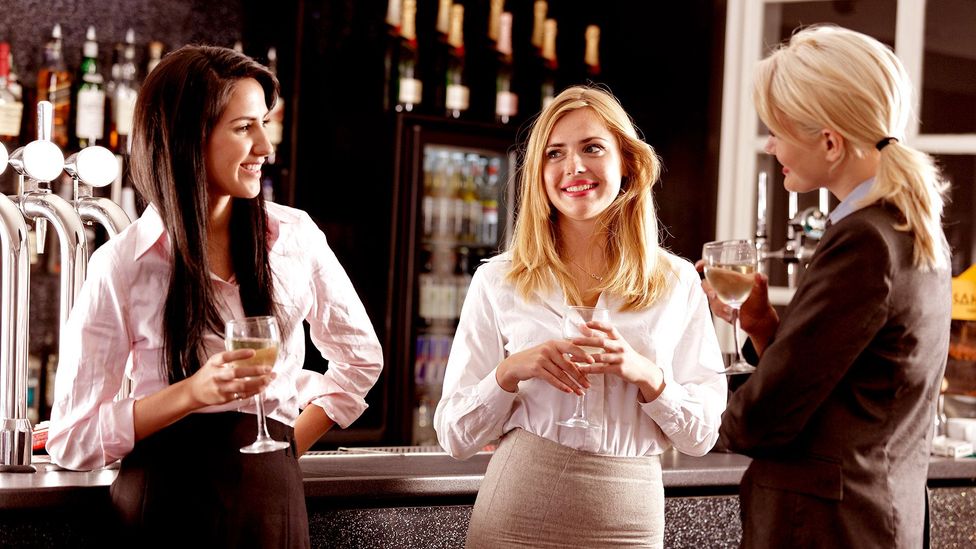 People asking what you do often are trying to figure out your social standing – but don’t let labels define you, says Ho Shee Wai (Credit: Alamy)

But even as others ask about occupation as a way to figure out your standing, name-dropping your company or accomplishment too early on can create a false sense of self or deeply associate you with a job you’re eager to leave. “Don’t fall into the trap of thinking these labels define you,” she says.

In a social setting, creating that multifaceted identity is especially relevant.

Those who only identify themselves through their work can ultimately fall into depression should it go away, while others can more quickly rebound from the loss, according to Susan Krauss Whitbourne, psychology professor at the University of Massachusetts Amherst in the US. Making a point to discuss non-work related topics with friends and family members can help build that necessary barrier between your work and social self, she adds.

But those who are happiest with their jobs need to spend even more time disconnecting.

Workers who enjoy their work for more intrinsic reasons such as appreciating the job and having fun at the office, are more deeply attached to their work identity than those who work simply for money and status, according to research from Krauss Whitbourne.

Losing a job can cause more grief for those whose identities are tied to their work (Credit: iStock)

While having an intrinsic love for your job on a day-to-day basis can help make you happy, it can make separating from your work identity even more complicated, she adds.

Steps to a well-rounded identity

For one, creating a unique brand that focuses on your skills rather than the name of your company or job title can help, says Francois Daumard, an IT executive in San Francisco. When Daumard transitioned from working at buttoned-up Microsoft to the more startup feel of Apple and now to a lesser-known firm, he decided to tell those he met about his role in the IT world without a mention of companies or official job titles.

The transition helped him create a more consistent identity, especially in front of acquaintances who weren’t always aware of his job moves. Instead, he refers to himself as “the channel man,” to emphasize his sales-development background. “For me, my employer has become a secondary question,” he says.

But for most people, the trick is finding hobbies that are truly valued outside of work, says Krauss Whitbourne, who spends several hours per week on crafts and quilting. 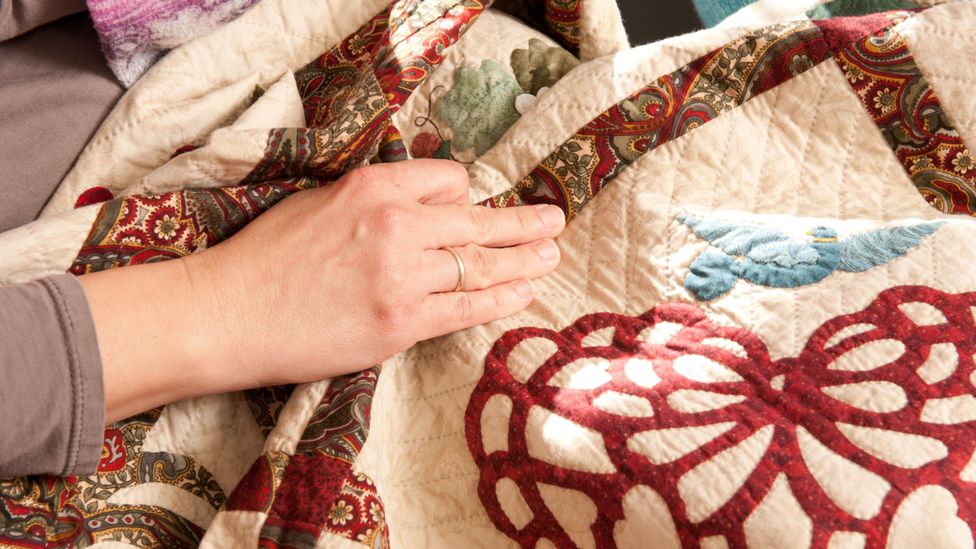 Whether it’s quilting, crafts or any other hobby, it’s important to have a valued pastime outside work (Credit: Alamy)

“You need to be seeing those hobbies as important and not just a stupid thing you do,” she says. Many employees pursue leisure activities outside of the office, but drop them quickly as duties pile up at work. The key is to prioritise them in a way that encourages them to highlight those activities during an introduction.

Even with a fulfilling career, Hadjibashi says the diversity of her social circle – be it stay-at-home mums, teachers or entrepreneurs – keep her from being recognised solely for her work. With friends, her work isn’t naturally a discussion point because it can sound very technical to those outside of her industry. On the other hand, identifying with who she is outside of work gives her more time to be her most authentic, she adds: “Just spending time with these individuals helps me to switch off.”