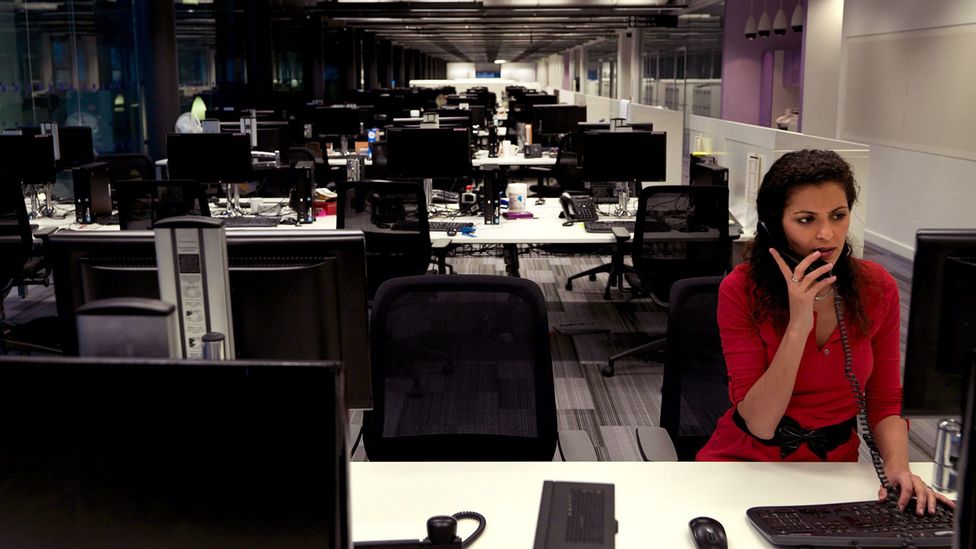 By Georgina Kenyon 18th August 2016
Technology was meant to herald a new way of working anytime, anywhere – but that’s not the case, writes Georgina Kenyon.
W

We didn’t get the flying cars or the self-lacing shoes. But we did get the work world of the future – you know, the one where the internet allows us to work anytime, anywhere, resulting in the death of the 9-to-5 life.

Oh, wait. As more and more companies promise flexibility, the reality, it turns out, is pretty far from the culture we dreamed of.

For almost all of us, flexible work really means working a few hours each side of the core workday of 09:00 and 17:00. And, if you think about it, that makes sense, because many businesses still run within those core hours when markets are open, banks process deposits and payments and daylight makes it easier for tradespeople to do their jobs, for example. 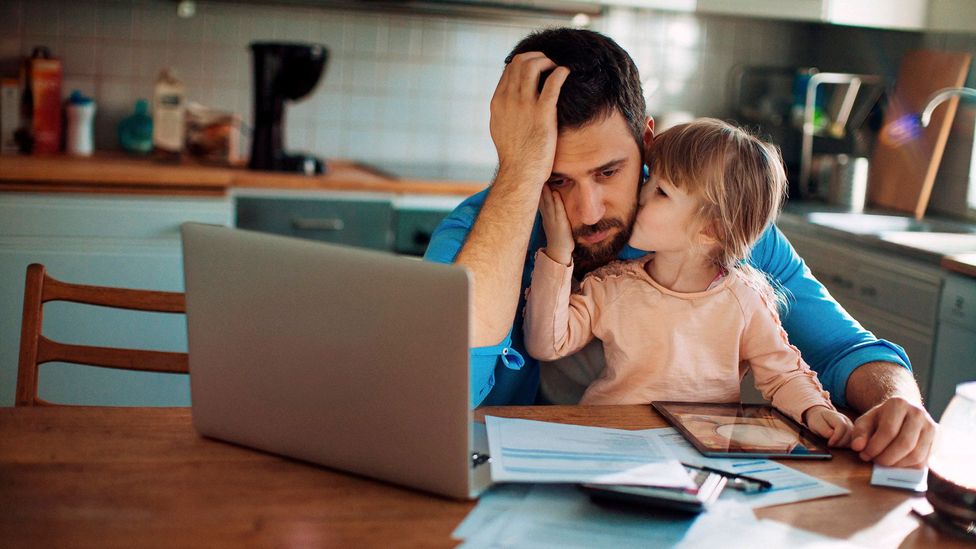 Flexible hours have made working from home possible for many – but how many people actually make the most of it? (Credit: iStock)

But while digital technology has enabled a very small degree of flexibility around the regular working day for some, there have been unseen and sometimes unsettling repercussions for employees and employers. For instance, experts say that always emailing your staff and colleagues, even though they sit a metre from you, has had a hidden, but very real impact on morale and trust.

That, in turn, has made truly flexible work nearly impossible for most of us.“There can be a dark side of innovation, and unintended consequences of some organisational innovations,” says Almudena Cañibano, lecturer in human resource management at ESCP Europe, a business school in Madrid, Spain.

No matter how much a work rock star you might be, your manager does not trust you

Our ability to trust each other has not advanced in parallel with the technology we have created. And therein lies one of the real reasons flexible work is little more than a catch phrase. No matter how much a work rock star you might be, your manager does not trust you. Your colleagues do not trust your manager. And, truth be told, you probably don’t trust most of your colleagues or your boss, either.

Trust and the digital age 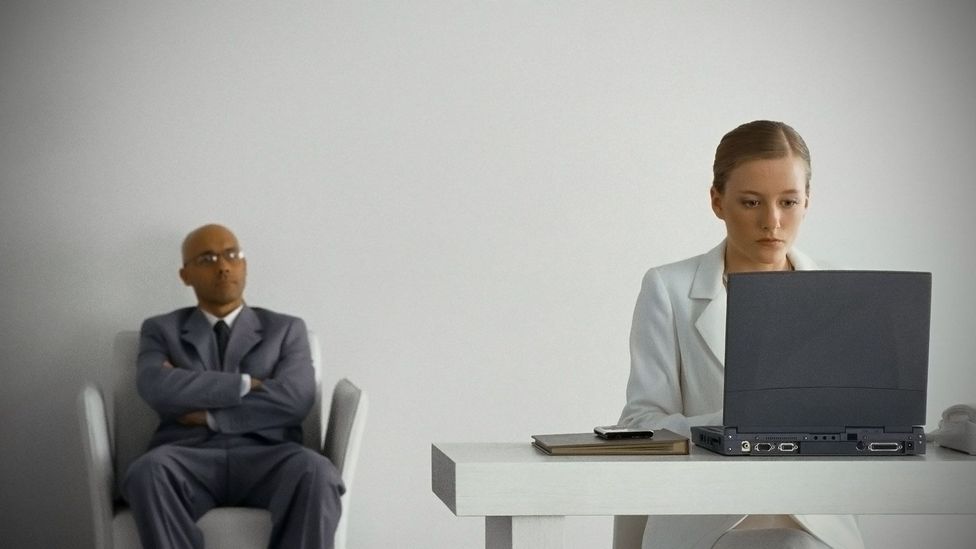 Technology has let us work anywhere, anytime – but trust issues can get in the way (Credit: Alamy)

That’s also the case for the trust people have towards colleagues, within organisations. Perhaps not surprisingly, then, we’re also less able to understand or make room to consider each person as, well, a person.

"The digital age… has resulted in an ‘assault on empathy’, that makes us less able to appreciate the situation of another person,” writes Sherry Turkle, director of the Initiative on Technology and Self at the Massachusetts Institute of Technology.

A lack of trust brings about fear, which goes a long way to explaining why we put in face time, even when we probably don’t need to

In other words, the propensity for email, texting and quick-type apps has led us to forget some of our people skills, including distinguishing the nuances of language and meaning, fostering of a feeling of belonging among groups of people, and knowing our bosses and colleagues well enough to have confidence that others will pull their weight. That, in turn, has diminished implicit and earned trust among the people we work with.

Technology has disrupted the workplace – and not always for the better (Credit: Alamy)

That lack of trust brings about fear, which goes a long way to explaining why we put in face time, even when we probably don’t need to in order to do our work well. It also can explains why we feel we’ve got to have our “butt in the seat” even if our work could truly be done from the corner café or the back garden.

Phyllis Moen, professor of sociology at the University of Minnesota in the US, calls this the ‘mother, may I’ problem. It’s when we feel fearful of asking our managers if we can work from home or work altered hours if, say, we need to help a relative or attend a series of medical appointments or simply want to work during hours we’re feeling more productive or efficient. 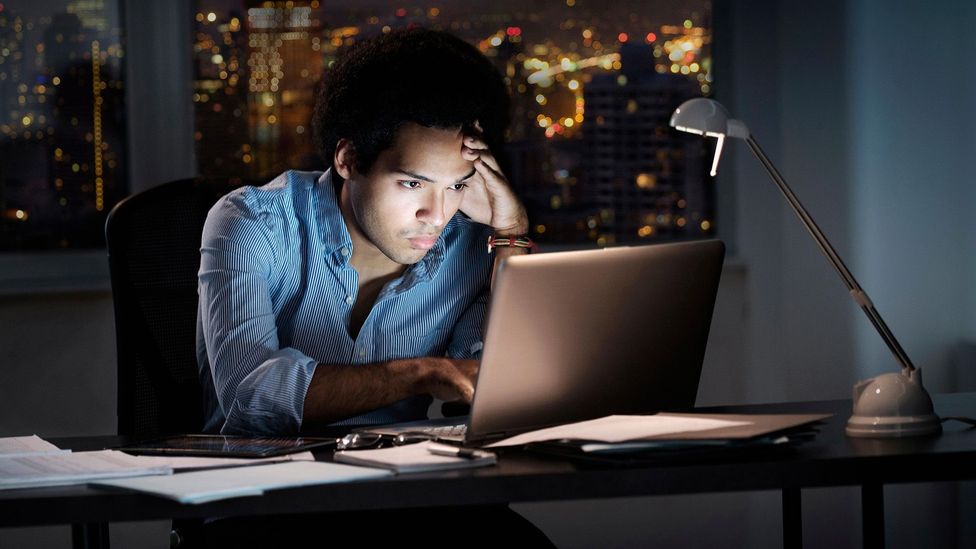 While it is technically possible for many to work odd hours, the majority of us only need flexibility a couple of hours either side of the typical 9-to-5 day (Credit: Alamy)

Some workplace psychologists take it a step further, saying that modern technology is a way for employers to constantly keep surveillance over their staff. In turn, people are increasingly suffering from the impacts of feeling watched, even when they are allowed to work remotely. The Future Work Centre in London released findings earlier this year that showed the emotional reactions we have to constantly being connected to our work causes “a toxic source of stress.”

As a result, we often start thinking up more ‘creative’ ways of excusing ourselves to create flexibility.

There’s also the worry that flexible work options may actually get more limited as automation and advances in information technology now threaten many traditional white-collar jobs, such as accounting and law.  And that’s led to a feeling of insecurity that keeps people in their seats, playing out face time for the boss, and avoiding flexible options when they are available.

As a result of job insecurity, even when flexible work options are offered in a workplace, employees do not always take them up

One report from the World Economic Forum examines how, just as technology made manufacturing largely automated, now white-collar jobs will be automated (for example, when selling a house, the seller will fill in all the required information for an 'online solicitor').

As a result of job insecurity, even when flexible work options are offered in a workplace, employees do not always take them up. Being present it seems in the workplace, seems the most secure option for most. 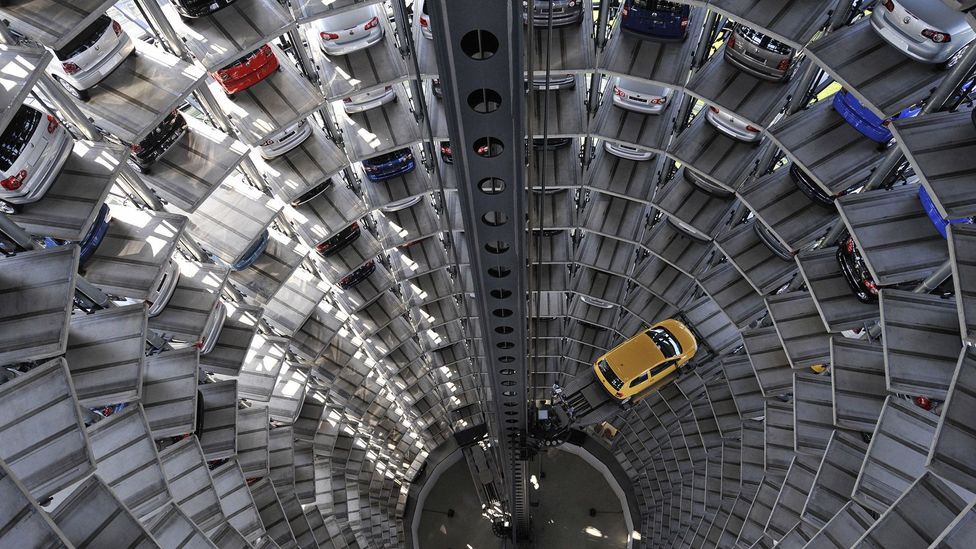 As automation threatens more jobs, it may seem more important to be present in the office (Credit: Getty Images)

But, that could be counterproductive for employers. The more control that we have over our time – of when and where we work – the more job satisfaction increases, says Moen. The University of Warwick in the UK found that being happy at work makes people, on average, 12% more productive. In the paper, the researchers found that happier workers use the time they have more effectively, increasing the pace at which people work without sacrificing quality.

In reality, for some of us, the flexibility of a few hours outside of core hours actually turns out to be enough to improve quality of life.

In Spain, Iberdrola, one of the country’s largest utilities companies, decided a few years ago to allow its employees to choose working 08:00 to 15:00 with no lunch break – a major change in a country where most people work 09:00 to 19:00 with a two-hour lunch break. The company reported employee satisfaction levels increased as a result and lower turnover (90% of the workforce has been with the company for more than five years).

“It’s said that to understand something you should try to change it. We are trying to redesign working conditions, giving employees greater flexibility and control over their time with more supportive supervisors,” says Moen.

But, maybe like flying cars in the film Back to the Future, truly flexible work wasn’t ever really going to happen.