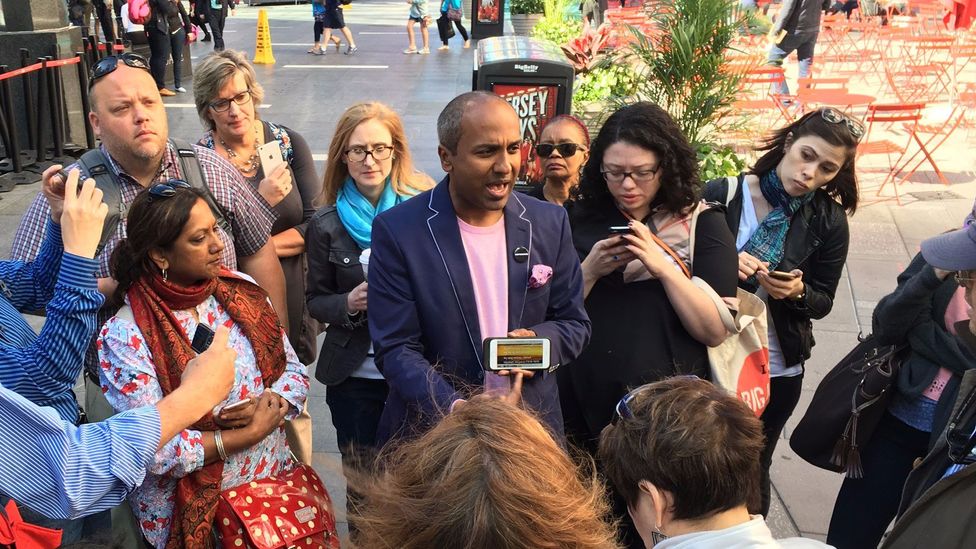 By Elizabeth Garone 2nd October 2016
A

After Sree Sreenivasan lost his job this summer as the chief digital officer of New York's Metropolitan Museum of Art, he made a move most people wouldn’t: he broadcast the news to thousands of Facebook friends in a detailed post.

Sreenivasan told the world what had happened to his job (“financial restructuring” at the Met), invited people to join him for coffee or walks around Central Park (he had more free time), and even asked people to fill out a Google form with ideas for what he should do next. 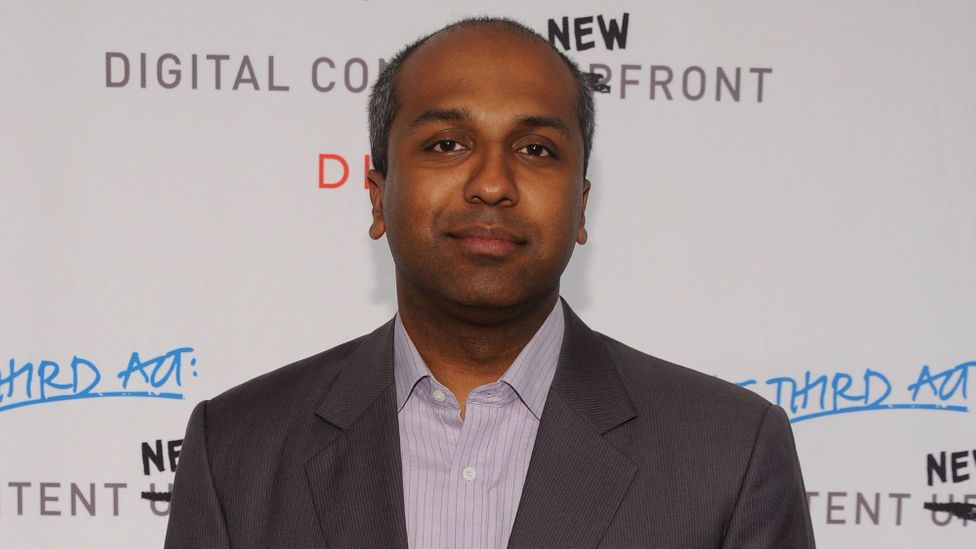 After losing his job at the Metropolitan Museum of Art, Sree Sreenivasan broadcast the news to thousands of Facebook friends in a detailed post (Credit: Getty Images)

Sreenivasan’s very public gamble paid off. More than 1,200 people “liked” the post, and 1,300 people filled out the form. A few even offered jobs. And, a couple of months later he was offered the position of chief digital officer for the City of New York. The position came about “directly from City Hall reading about my availability,” Sreenivasan says.

Welcome to 2016 and a new approach to networking for a job. Of course, it helped that Sreenivasan already had a network of thousands and was a social media guru. But, what about for the rest of us? Is this a smart approach to dealing with being downsized and getting back in the game if you have 500 Facebook friends rather than 5,000 as Sreenivasan does?

It doesn’t mean tell a million people. It means tell people who can help you

Yes, says Sreenivasan. Just do it in the way that is right for you. “You don’t have to do a public Facebook posting,” he says. “You can write to 15 of your closest friends and tell them. It doesn’t mean tell a million people. It means tell people who can help you.”

And don’t just tell them you need help. “Be very specific about the things you can do and what you are looking for because even your best friend typically has no idea what exactly your job is or what your skill set is or what you want to do,” he says.

Don’t wait until you need people to connect with them.

When you do need them a month or year from now, it’s much easier because you’ve stayed in touch but not because you were asking for something

It can be as simple as letting someone know you are thinking about them through a text or a quick call or even a comment or a few extra likes on Facebook. “That’s all you have to do, and it gives you so much good will,” he says. Then, when you do need them a month or year from now, it’s much easier because you’ve stayed in touch, but not because you were asking for something. “That is what social media allows you to do,” he explains. 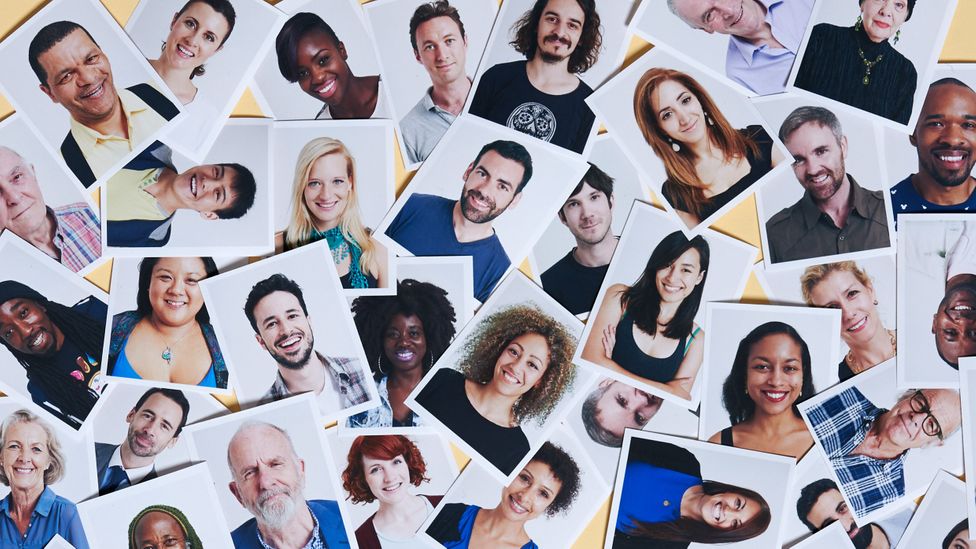 Don’t wait until you need people to connect with them. 'Reach out to people when you don’t need them,' Sree Sreenivasan advises (Credit: Getty Images)

This can also help you tap into extended networks, which are where you are more likely to find leads or jobs, according to Claudia Jonczyk, associate professor at ESCP Europe business school’s London campus. People often make the mistake of assuming job leads and referrals only come from their close networks. But those people “tend to have the same type and level of information that you have,” Jonczyk says.  Instead, it’s those “more distant pockets of knowledge,” the people who they know who might know of someone or something that could help you in your search.

When deciding what — if any — message to put out there, it’s important to “always remember that in our digital age, everything we do leaves a permanent footprint,” says Tampa, Florida-based Adam Lloyd, president of global executive search firm Webber Kerr Associates. So remain professional in your social media posts. “If your message isn’t a sustainable one, don’t broadcast it.” Always ask yourself first, “What do I have to gain from this?” suggests Lloyd, and, “What do I have to lose?”

In our digital age, everything we do leaves a permanent footprint

While writing a vengeful post about your former employer might feel good in the moment, posting something like that is ill advised, even if you feel you're warning future prospects about a dishonest boss or company culture. It could gain you some social media attention, but “future potential employers could view your actions poorly and may associate you with high risk and that you burn bridges,” Lloyd says.

Lloyd recommends pausing before clicking send. “If you decide to go public, I suggest avoiding immediate, emotional reactions; never taking personal jabs, not leaking proprietary information, letting the facts speak and staying positive,” he says. In addition, consider where you are posting it. “LinkedIn may not be the appropriate stage for a broadcast intended for Facebook,” he says.

It also depends on where you are located, says Jonczyk. “Having been made redundant is more of a taboo in France or Germany than in countries with a more fluid job market with lower barriers of entry,” she says. So, it’s something else to weigh when deciding what you might or might not share.

If you decide to go public, I suggest avoiding immediate, emotional reactions

The type of job search can also help you decide whether you want to share your news publicly, according to Lisa Rangel, managing director of New York-based ChameleonResumes.com. “If social media and digital communications are a part of the target job, outbound social media activity is smart to do to demonstrate skills,” she says. But, “if your job search is confidential or sensitive, publicly outing the search may not be best and is a decision to be made on a case-by-case basis.”

No matter what type of search you are doing, avoid saying anything disparaging about a prior boss or employer, whether you are online or offline, says Rangel. “There is just never a scenario where this works.” Instead, “phrase departures as a learning experience.”

Avoid saying anything disparaging about a prior boss or employer, whether you are online or offline

And, take a page from Sreenivasan’s approach. “In a time where there’s such a high premium on authenticity and humility, [he] humanised himself and made himself vulnerable,” says Webber Kerr’s Lloyd. “Not careless, but transparent and real. In addition to exposing an unfavourable situation, [he] goes further to leverage it as a learning and engagement opportunity.”