Loading
Workplace
Instead of the pub after work, they get naked together here
Share using EmailShare on TwitterShare on FacebookShare on LinkedinShare on Whatsapp 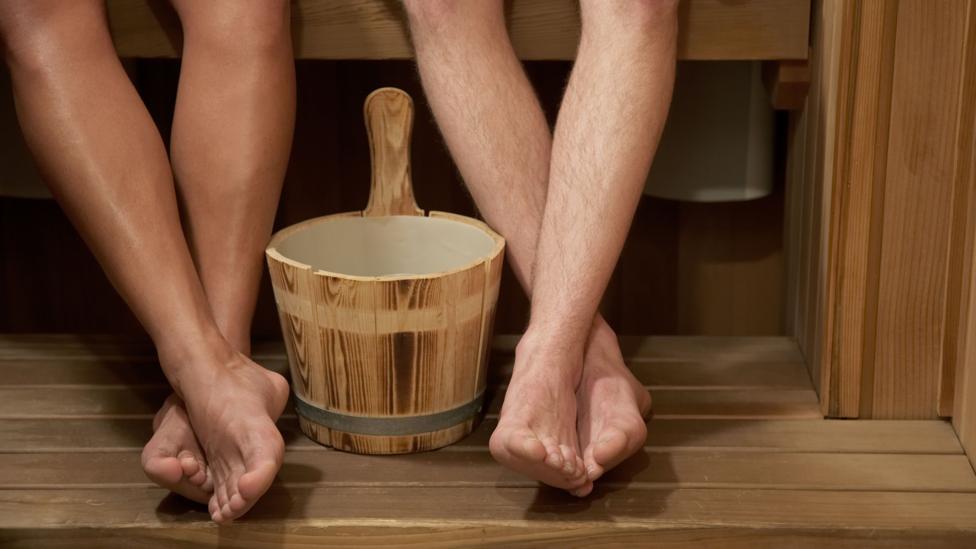 Editor’s Note (23 December 2016): Through the end of the year, BBC Capital is bringing back some of your favourite stories from 2016.

I’ll never forget the first time I sat naked, thigh-to-thigh on a wooden sauna bench with my boss. It was week one of a new job with a computer start-up near Heidelberg in Germany. I’m from Scotland, where socialising after work means going to the pub for drinks. I never dreamt it would involve standing outdoors with colleagues, snowflakes falling on my bare skin.

For me it was a seismic culture shock. But in Germany, Holland or Finland it’s not unusual to visit a sauna with colleagues. And in Finland it’s perfectly natural to have seen your boss without a stitch of clothing.

“Finland is quite an equal country. We don’t have strict social classes,” says Katariina Styrman, chief executive officer of The Finnish Sauna Society in Helsinki. “It’s quite normal to go to the sauna with your boss. It’s a place where you should forget about titles and salaries.”

In this northerly nation of nearly 5.5 million people, there’s about one sauna for every two people, she says. Most companies have their own in-house sauna. 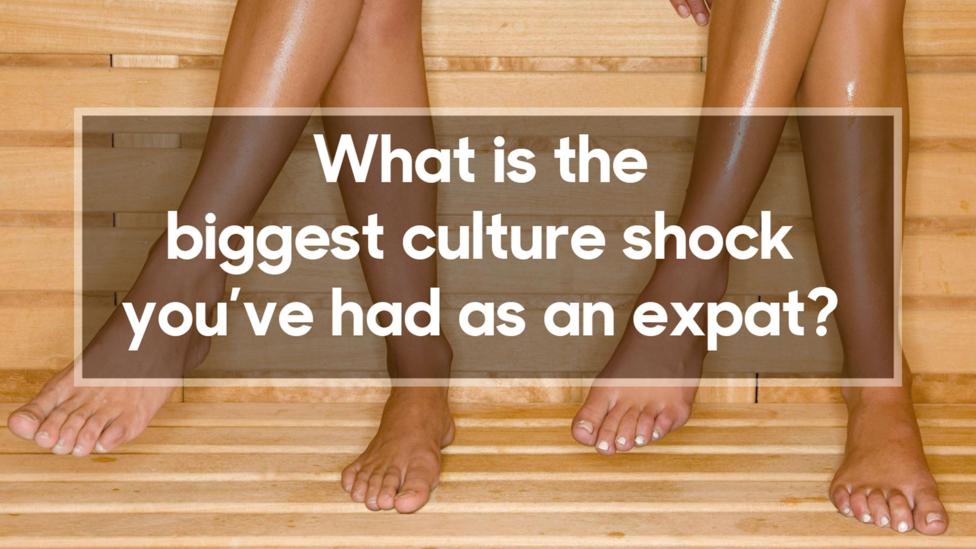 Have you ever been baffled, shocked or bewildered by a different country’s cultural norms? Share your story with us here.

Unlike Germany, where saunas are mixed, the Finnish tradition is that — outside the family circle — men and women visit the sauna separately. Even so, for non-Finnish newcomers, the first session in the log cabin with colleagues might not be quite as relaxing as it’s meant to be. “It was a bit of a stepping stone to get over,” says Kristof Minnaert, a Belgian who moved to Helsinki in 2013 to join the staff of game developer Remedy Entertainment. The company’s studio and offices in Espoo have a rooftop sauna. “You have to be naked to get in there. It’s kind of frowned upon if you do wear a towel or swimming shorts,” adds Minnaert, 30, a senior character technical artist.

After three years, however, he’s grown at ease with the Friday evening ritual of a sauna with colleagues, where it's also common to sip a beer and then step outside onto the open-air terrace sans clothing. He and his team spend between one and three hours in the sauna each week and while they don't formally conduct meetings, they do talk about work and, sometimes, end up with good ideas to pursue back at their desks. 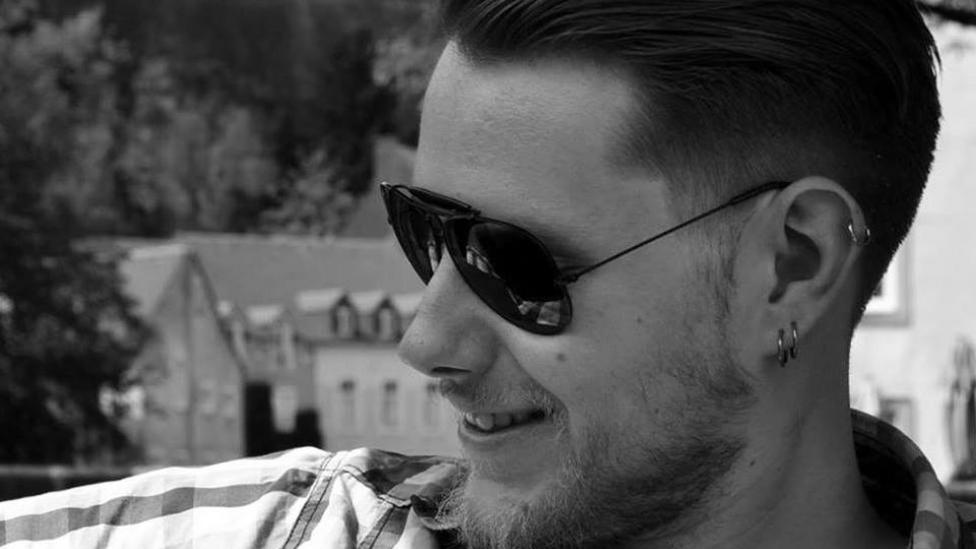 “It’s a bit like going to a bar but with less drinking and in a sweaty environment,” he says. “It’s nicer in winter because it can get to minus 30 degrees Celsius outside on the terrace. When you go back inside you feel really revitalised.”

Thanks to an invitation from his boss, Minnaert has also been to The Finnish Sauna Society’s members-only club near Helsinki where traditional wood-burning “smoke saunas” are set among silver birches overlooking the Baltic. Here, ex-presidents and other leading figures mingle in the nude with fellow sauna-goers and have the chance to jump off the pier and plunge into the sea — even in winter, when a hole is sawn through the ice.

Finn Tommi Uitto, senior vice president of global product sales, mobile networks at telecommunications multinational Nokia, explains, “In the sauna there are no titles, no clothes. There are no egos. It’s only you and your thoughts and your words and the same applies to the other person, so it’s much more human being to human being and all the unnecessary decoration is gone.” 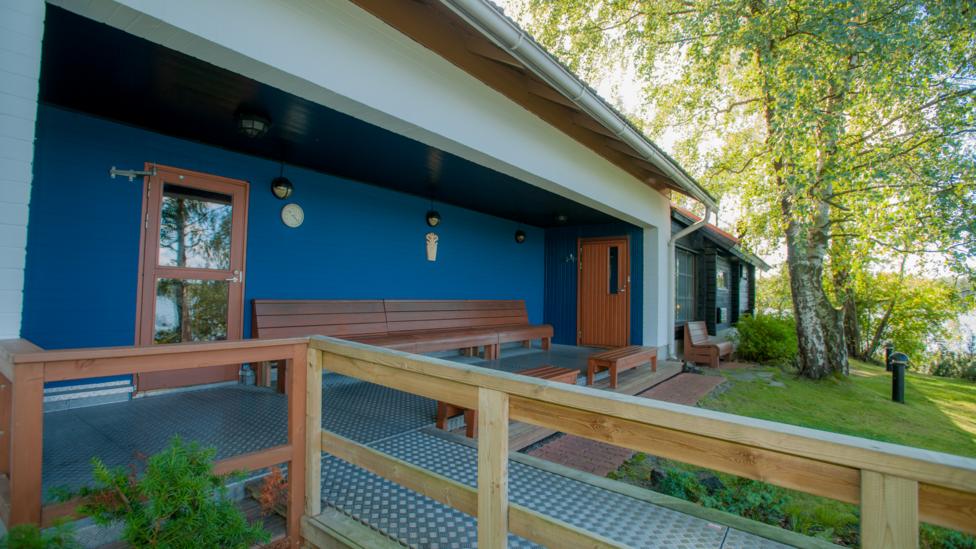 Nokia has an in-house sauna at each of its three sites on Finnish soil. “It’s a given,” says Uitto. “Any Finn applying for a job in a Finnish company would expect that there is a sauna.”

Earlier in Uitto’s career the sauna was also often used as a place to do business, he says. As well, teams would get together in the sauna to celebrate company successes and milestones, rather than going out to a restaurant or pub. But in recent years, however, the sauna has become less of a focal point, partly because Finnish firms have become more global and also schedules are tighter, he says. Also, since women and men visit the sauna separately, for many it no longer feels like a fair way of holding business discussions.

“It doesn’t seem right to split the team in two,” Uitto says.

While saunas are popular in other northerly countries such as Sweden, Russia and the Netherlands, customs and etiquette vary greatly.

Jan Feller, deputy managing director of the German-Finnish Chamber of Commerce in Helsinki, has worked in both countries. “For the Finn, the sauna is the place where you go to be yourself and with other people,” says the 41-year-old. “In Germany it is almost purely about health and well-being.”

My instant reaction was to put my hands on my crotch

In Finland, sauna-goers pour water on the coals themselves, but in Germany there is often a sauna master employed to do this at regular intervals, he says. “Just the fact that you have written rules on the wall in the sauna in Germany is something Finns smile about,” Feller says.

In Germany and the Netherlands you wouldn’t expect to find a sauna at your workplace. But if you take part in after-work sports with colleagues, there might well be a sauna at the sports club or gym. 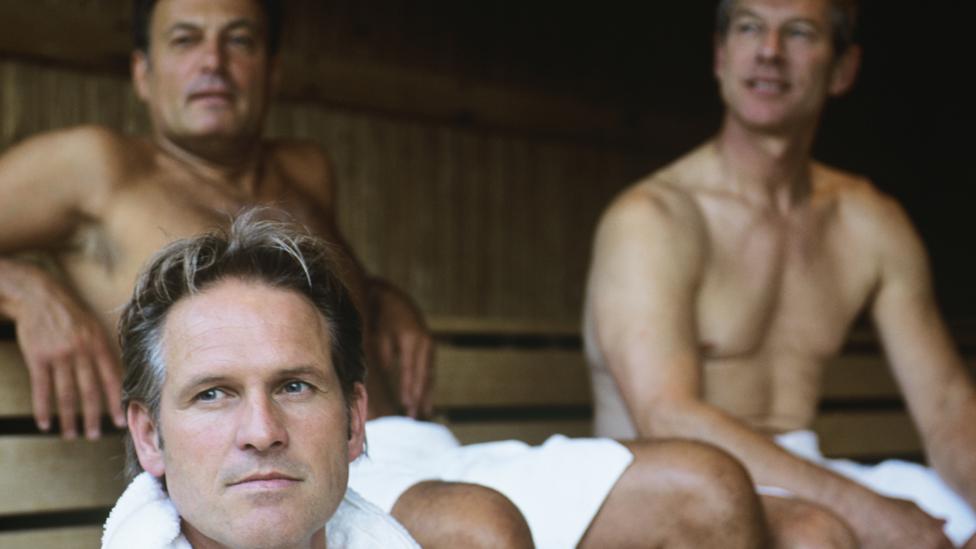 While saunas are popular in other northerly countries such as Sweden, Russia and the Netherlands, customs and etiquette vary greatly(Credit: Getty Images)

When Sam Critchley, founder of retail marketing app company Spaaza, first moved from his native UK to Amsterdam 18 years ago, he went to play squash with colleagues. After the match, everyone headed to the sauna area and stripped off. Nobody would have minded his wearing swimming trunks, but as the only non-Dutch person there he wanted to fit in. So he sat down in the steam room and took off his towel, he says.

“Suddenly this woman appeared out of the steam — a colleague — and asked me, ‘Are you coming to eat afterwards?’. Then she opened the door and I could suddenly see on the pine benches three or four female colleagues sitting in a row,” recalls the now 43-year-old. “My instant reaction was to put my hands on my crotch.”