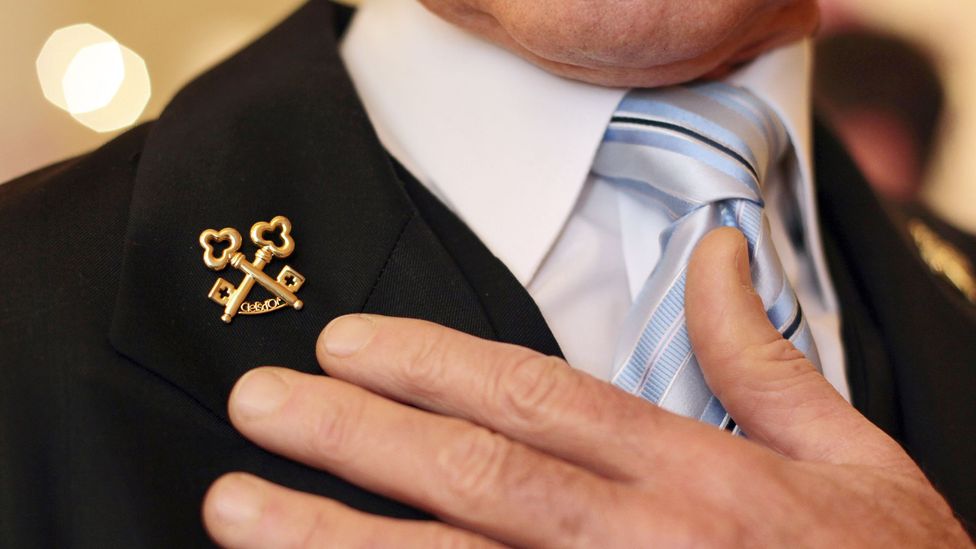 By Denise Hruby 26th October 2016
Les Clefs d’Or make the impossible happen for the wealthy travelling abroad. The exclusive group that fancy themselves the fixers of five-star hospitality.

If you’ve stayed at a certain kind of hotel, you’ve probably seen them.

They’re wearing a finely-made suit and that pin — two crossed golden keys — on their lapel. And they’ll go to nearly any lengths to fulfil your wishes.

These people with the real keys to the city and the insider track to almost everything stand ready at one of the hundreds of four- and five-star hotels around the world that employ one of these super fixers, a member of the Golden Keys, or Les Clefs d’Or, the original French name for the society of elite concierges.

From an exclusive birthday gift or a sought-after reservation at the hottest place in town, if anyone can get it, it’s a Golden Keys concierge. They have immense connections within their cities, as well as amongst each other, which helps with many of the logistically challenging tasks they’re asked to do. And, while apps and robots are replacing some of their key duties, like hailing cabs or making routine bookings, each year, dozens seek to apply for membership in the exclusive society.

They’ll go to nearly any length to fulfil your wishes

The human touch in the service industry, it seems, is still in demand.

VIPs, of course, aren’t shy when it comes to outlandish or outrageous demands. An outright “no” simply isn’t an option, at least in the majority of cases, when it comes to the most important guests. Only when, say, a request is against local laws or entirely impossible to fulfil, will an elite concierge offer an alternative. 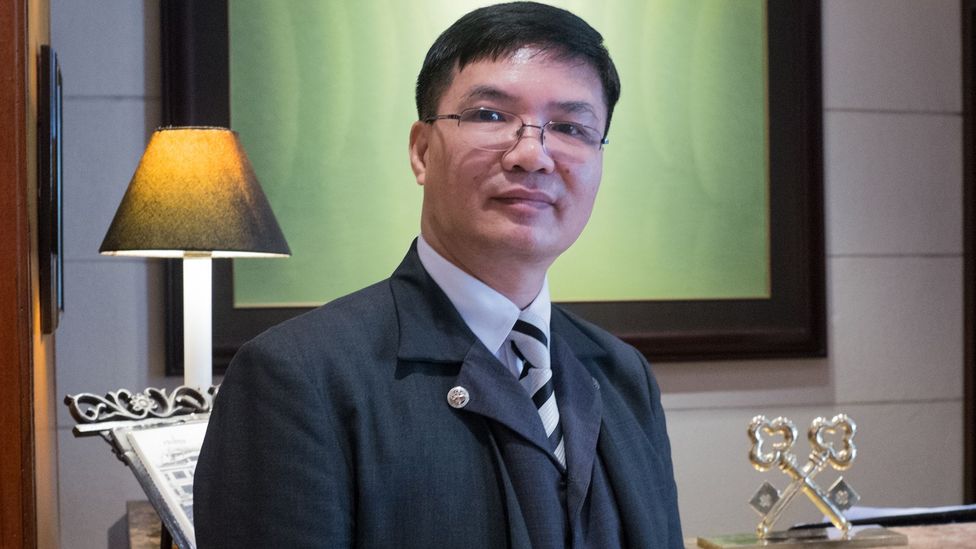 Pham Cong Thinh has had some interesting guest requests at the Sofitel Metropole in Hanoi. (Credit: Denise Hruby)

Mostly, members of the prestigious club are tasked with more normal requests, but there are the occasional embarrassingly intimate requests says Pham Cong Thinh, the chief concierge at the Sofitel Metropole in Hanoi and the head of the Golden Keys association in Vietnam.

“A guest came to me at 9pm at night, when all the shops were closed. He was shy and embarrassed, but he told me that he needed to buy a condom, and he needed my help,” Thinh says.

It’s one of the stories that still makes Thinh laugh today. He knew the neighbourhood well enough to find a pharmacy that was still open. “The guest was very... happy,” Thinh giggled.

These elite concierges have to cut their teeth on a hotel front desk for at least three years and show a number of recommendation letters before they can apply for provisional membership with their national Golden Keys societies.

Then there’s a lengthy interview and a written exam in which their knowledge, network and professionalism are put to the test. Once a member, they can ask any other member for help fulfilling a guest request, even if they work at competing hotels — loyalty to the club and the profession comes first. 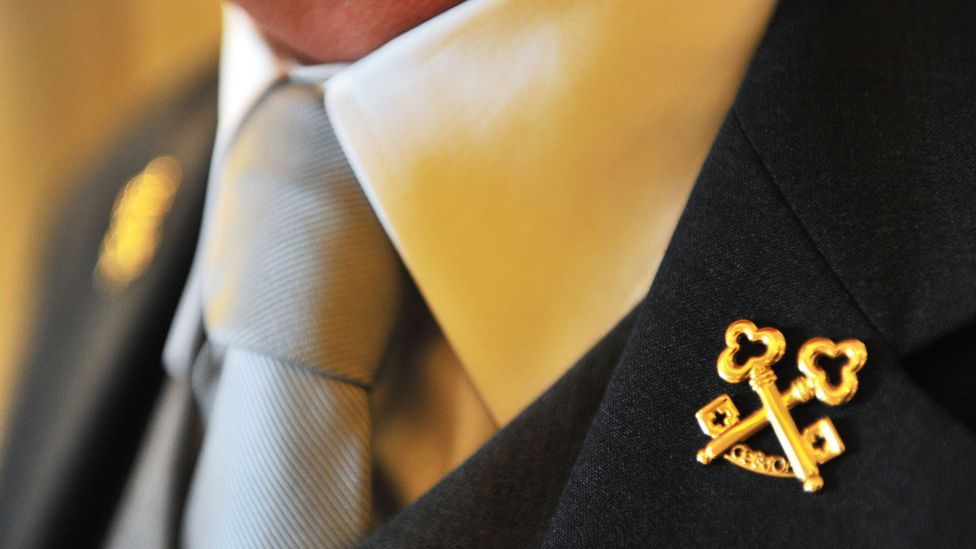 Of sauces and smuggling

In Wes Anderson’s The Grand Budapest Hotel, Bill Murray’s character calls a series of fellow concierges to help smuggle a guest out of the hotel — a plot twist inspired by the Society of the Golden Keys.

While smuggling people out of a hotel is not necessarily part of the daily itinerary of real-life members (aside from secretive celebrities, perhaps) their vast network of people who usually have decades of experience working in their respective cities is “tremendously” helpful, says Burak Ipecki, who has worked at five-star hotels across the world, most recently at the South Place Hotel in London.

“Especially if you happen to work, like me, in major destinations like New York, London, Paris, etc, you tend to share the same guests with your colleagues in other cities,” he says. 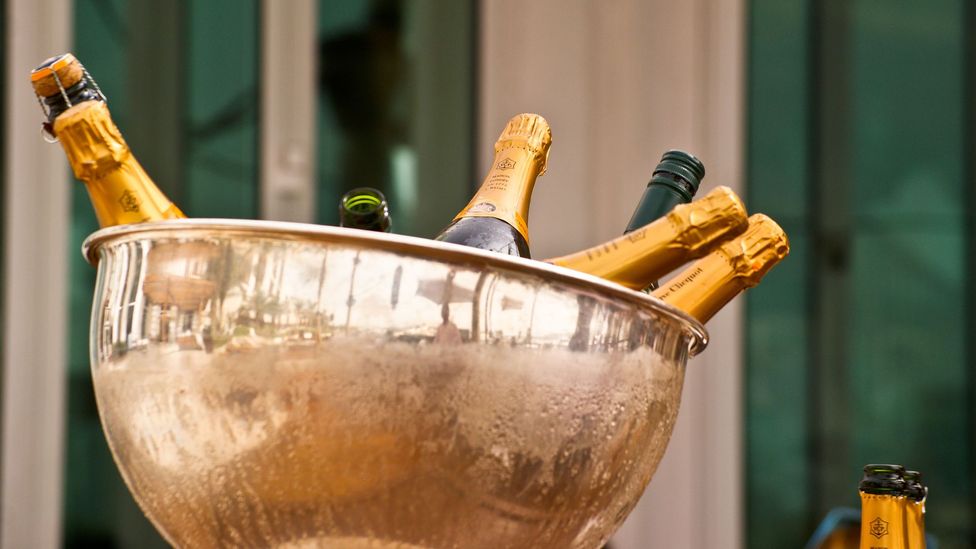 When he worked in New York, he recalls, a guest requested a specific barbecue sauce that was only produced in small batches in Louisiana — and that he wanted to have shipped to his home in the Caribbean for a garden party the next day. With the help of the network, Ipecki fulfilled the request.

“The list goes on and on.... We get to see our guests at their best and their worst,” he says.

Many in the elite society have signed non-disclosure agreements with their employers in part because celebrities and politicians are frequent guests at the world’s five-star hotels. Some hotels give their concierges a budget of several thousand dollars a day to help accommodate their guests’ wishes — all at no extra cost to the well-heeled clients.

The era of apps and AI

The personal touches, like finding items late at night or doing the impossible to get a sauce shipped, might not be able to done by a robot, but that doesn’t mean the posts are immune.

The Henn-na Hotel in Japan has staffed its front desk with robots that look like young Japanese women — and one that looks like a dinosaur. The robots speak several languages and are programmed to make eye contact and smile politely.

Daniel Lesser, the president of LW Hospitality Advisers who has worked in the industry for more than 30 years, believes that artificial intelligence is a way of making hotels run more cost-effectively. Robots are expensive now but are expected to become cheaper with mass production. Even counting maintenance, their costs are much lower than paying an annual salary, or accounting for holidays or sick leave. 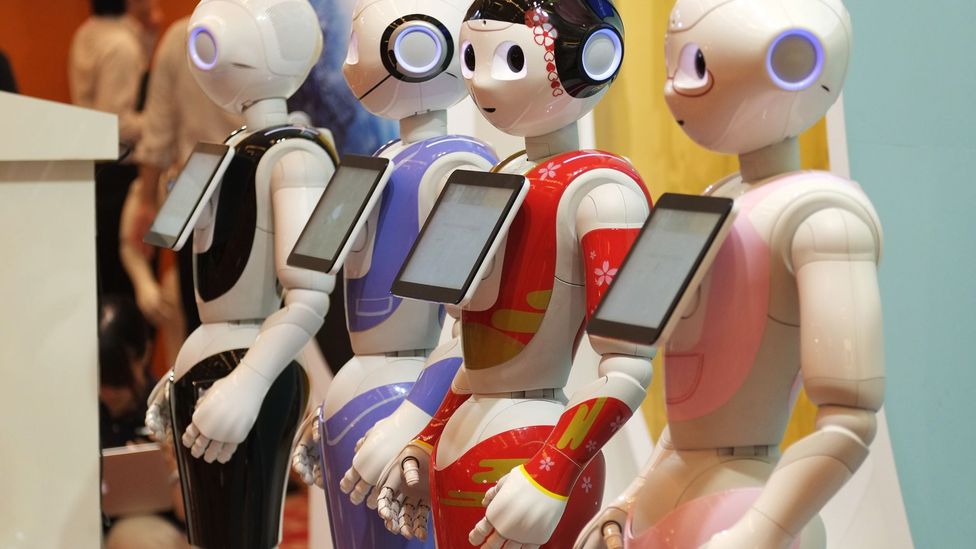 But for now, it's apps like Uber and Yelp that have brought about major changes to the average work day of even elite concierges.

William Chen from the Portman Ritz Carlton in Shanghai, one of the world’s largest financial centres, says many guests he assists come to the city to invest their money. So, as apps have taken on some of the more mundane concierge tasks, Chen has learned about the real estate market and the stock exchange, and reads the local business and economy news every day to offer the best insights.

He stops short of providing financial advice, but he does point his guests in the right direction for information, local rules and regulations and experts. He’ll even go so far as to set up the call or arrange a meeting with an expert or businessperson.

“There are definitely fewer guests who ask us for help, but that also means that you can spend more time with the individuals who do,” Chen says.