When they said they'd leave the country if Trump became US President, they weren't kidding.

When people first started talking about Donald Trump running for president, Sarah thought it was a joke and not something she had to take seriously. But then on 8 November, she says the “unthinkable” happened; Trump won the election.

Sarah, who asked that we only use her first name out of concern for her safety, immediately called her husband, who was out of the country on business, and told him, “That’s it. I want to go, and I’m not kidding.” His response, she says: “I know. We can go.”

So, next month, Sarah, 43, her husband, 45, and their two school-aged daughters will uproot themselves from the small Midwest town where they have lived for the past three-and-a-half years, and leave the US for a country thousands of miles away. They have no plans to come back. 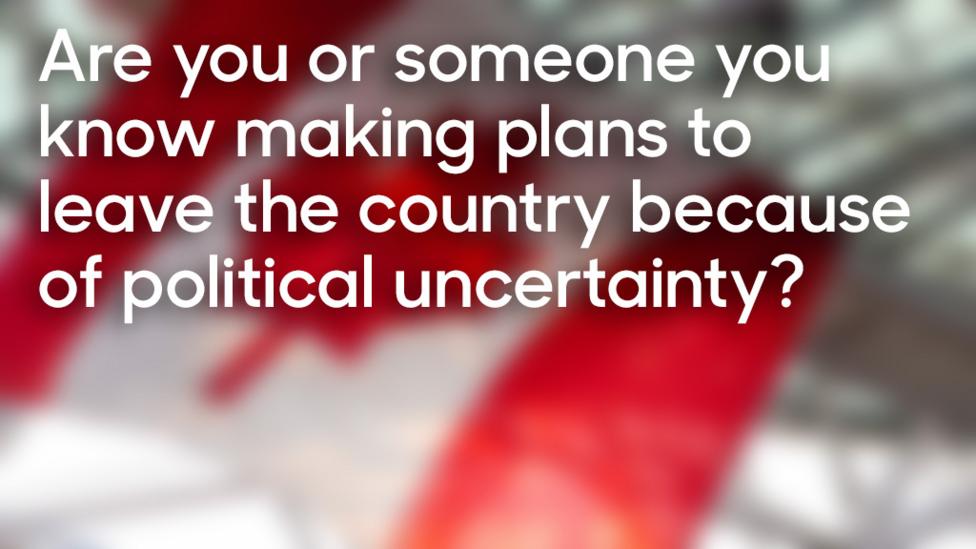 During the most contentious election in recent US history, there was much talk around office kitchens, in coffee shops, at dinner tables, and in the press from people who said that they would leave if Trump were to win the presidency. The day after Super Tuesday, when 12 states voted in the Republican primaries in the US, Google announced that searches for the phrase “Move to Canada” were higher than at any other time in Google history. And, increased traffic to Canada’s immigration and citizenship website caused problems, giving site visitors the message: “You may experience delays while using the website. We are working to resolve this issue. Thank you for your patience."

Some people have already left, or are making plans to leave

But once Trump did win, many people, including celebrities like Miley Cyrus and Amy Schumer, backtracked on their promise to leave, some because they couldn’t, some because they said that they had decided to stay and fight. Others dismissed their original comments as jokes. But there are, indeed, some people who have already left, are making plans to leave, or, in some cases, are delaying plans to returns to the US after stints abroad.

For Sarah and her family, it didn’t feel like there was any option other than to leave.  She says that she would have liked to “stay and fight” but that her family’s safety and ability to stay together are taking priority. Her husband is not from the US, does not have status as a resident and works overseas a lot. While their children are dual citizens of both the US and his home country, Sarah is a US citizen with permanent resident status in both.  Her husband has relied on temporary visas when he’s in the states with his wife and daughters.

“It’s kind of a gamble of whether he’s going to rub someone the wrong way and not get in,” she says. “With the current administration changing, it’s a little bit more frightening.” 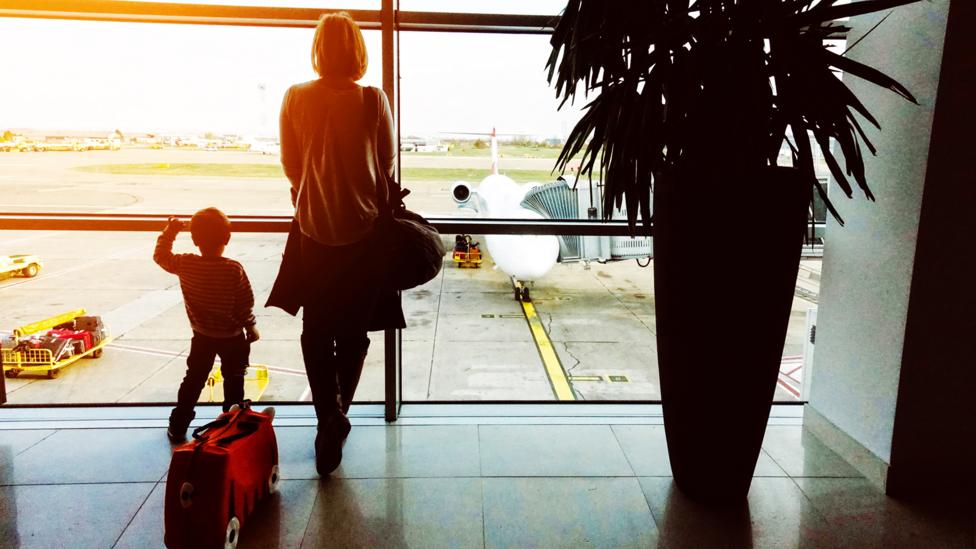 During the most contentious election in recent US history, talk has mounted about residents leaving the country (Credit: Getty Images)

She considers her family lucky since they have the means and opportunity to leave.  But she worries about the message she is sending to her daughters and she’s concerned about the people she is leaving behind. “What kind of example am I giving my kids just getting up and going when there are so many people here who can’t do that? Who is going to stay here to protect them and fight for them?”

Not everyone understands her decision, especially her father who voted for Trump

Sarah says she is sad to leave her friends but that they have been supportive. Many have said they would also leave if they could. But, not everyone understands her decision, especially her father who voted for Trump.

“The ones who don’t get it are like ‘Good riddance,’,” she says. “And that’s exactly why we are going, because I don’t want to raise two girls when I don’t feel safe, and I’m putting their safety at risk.”

For Cori Carl, it wasn’t a matter of waiting to see who won the election.

“[Even] before Trump was a serious candidate, my wife and I could feel the political backlash brewing against Obama and the liberal gains made in the past eight years,” says Carl. So they started looking into options outside of the US. “We decided we wanted to relocate to Canada,” says Carl. So, in January of last year, they moved to Toronto from Brooklyn, New York. 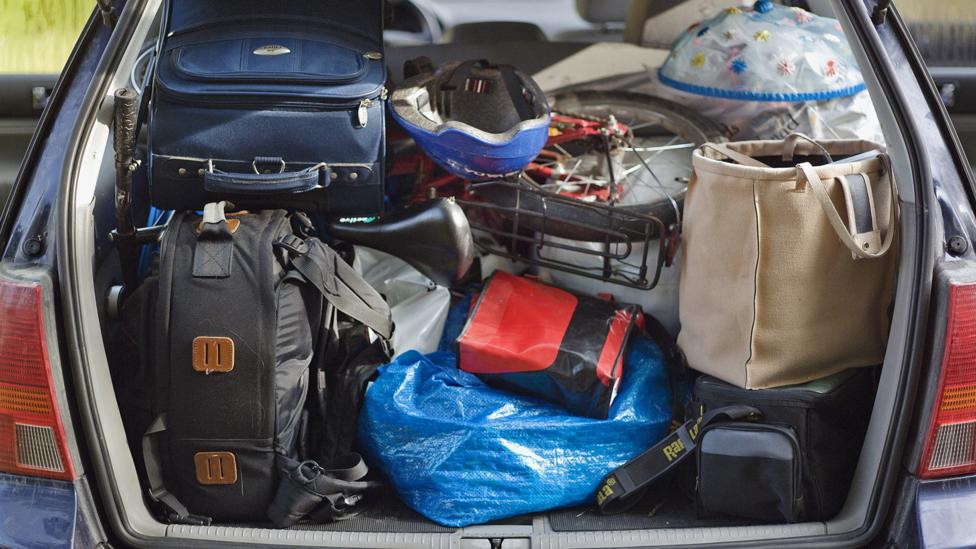 For Sarah and her family, it didn’t feel like there was any option other than to leave (Credit: Getty Images)

Many people have misconceptions about the process and who is and who isn’t eligible for making the move north, says Carl. “For the most part, you either qualify to move to Canada or you don’t. It’s fairly clear cut, since it’s based on a points system.” Best case scenario is if you are under 35 with an advanced degree and working as a professional or in a managerial role. In that case, “your chances are excellent,” says Carl. “You don’t need a job offer, although you’ll need to prove that you have some savings to support yourself while you look for a job.”

The couple wanted to help others who might be having more trouble relocating than they did, and many were giving up in the process. To help, they launched a website to assist people trying to move from the US to Canada. Traffic to the site jumped 300% in November and “it jumps up whenever Trump tweets about something particularly ominous,” says Carl. They also penned the book Moving to Canada, which was released shortly before the election.

Montreal-based Canadian immigration lawyer Marisa Feil has one client who left her position in the US following the election, taking a similar job at an affiliate organisation in Canada. But most of her other calls about relocating—she’s experienced a noticeable uptick in queries— have been enquiries without action so far.

Most of the questions Feil says she receives are related to whether it generally requires an offer of employment to be able to immigrate to Canada or get a temporary work permit. “Most Americans are shocked to find out that they cannot just move based on their education and/or work experience,” she says. “Canada has moved to a system where most individuals immigrating have some connection to Canada either in the form of a job offer from a Canadian employer or having a family member in Canada that could help them find a job.”

The other side of the planet

New Zealand Shores saw a big spike in its website traffic the day after the election; traffic increased 600%, according to Sarah Crome, an immigration specialist with the immigration consultancy based in Hamilton, New Zealand.

Not everyone mentions Trump by name as the reason they want to leave, according to Crome, just the “political situation” in general.

“I have talked to many clients who didn’t want Hillary either,” she says. The agency currently has about 150 US couples and families as clients, a number that is higher than in the past. “New Zealand is an appealing country for them at the moment,” says Crome.

For Galina, a New Yorker living in Australia and working in property management, Trump’s win has meant a long delay for any plans she had to return to the US.

“Now I am really not [going to] come back until I am sure that there is going to be an America left,” she says. Galina was an ardent Bernie Sanders supporter who asked that we only use her first name due to the sensitive nature of her decision. “Currently I don't believe that Trump is going to be a good president, much less a safe president. I'm worried that he’s going to run the country into the ground, piss off the wrong people and start a proper world war or a terrorist attack. He also gives America a bad name.”

She says Australia’s government subsidised healthcare, the lack of guns, free education, and higher pay rate are other reasons she is choosing to stay. 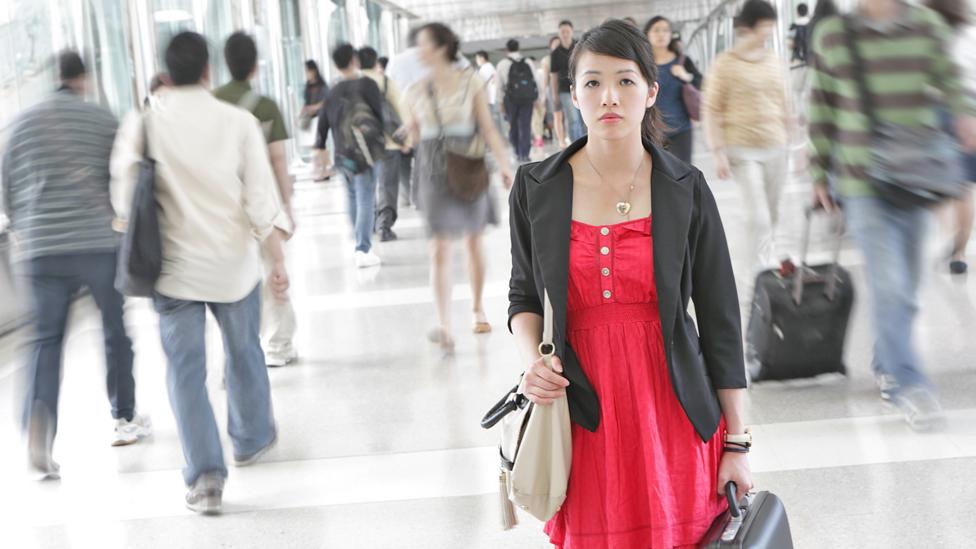 “Most Americans are shocked to find out that they cannot just move based on their education and/or work experience,” says immigration lawyer Marisa Feil (Credit: Getty Images)

Marisa, a married mother of two from the southern US, says she's applying for dual citizenship in the European country where her grandparents are from. Her grandfather was a permanent resident in the US, but never naturalised. She's concerned about the people Trump has selected for his administration and the changes they might make that could limit rights of people in the US. She's also grown weary, she says, of living in an area where racism and xenophobia are out in the open. People where she lives regularly talk about Trump being the president who will send immigrants home and put people "in their place", although the language they use is more offensive, Marisa, who did not want her last name used, explained.

Her older brother, she says, has already applied and been granted dual citizenship. Neither has immediate plans to relocate, but Marisa says her husband has begun to look for jobs in Europe and she'll soon do the same. For her, it's a back-up plan for now, but one she's ready to use.

For Sarah, the move is not what she had envisioned for herself or her family. She says she is “totally heartbroken” and had always thought she would raise her two daughters in the US.

“But I need to protect them,” she says. “I cannot in sound mind stay here when I have the option of going.”

Do you know anyone leaving the US or another country because of political uncertainty? Would you? Click here to leave your answer on our Facebook page. 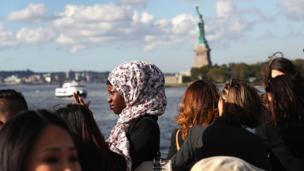 Who should be called an immigrant? 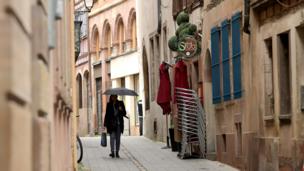 The expats who don’t want to come home 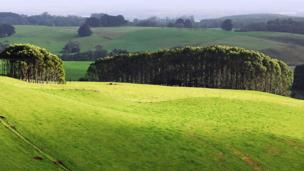 These towns will pay you to live there
Around the BBC