There's a reason companies are banning personal items on desks. But it may be hurting productivity.

When John Crowley started a new job at a call centre six years ago, he was allowed to put whatever he wanted on his desk. By the time he left, he couldn’t even bring his own mug.

Over those few years, the company gradually reduced the number of personal items its staff could have at work. They did away with family photos, plants and pictures — he wasn’t even allowed to have paper on his desk. He was expected to focus on his computer and make his calls.

Not surprisingly, as these workplace rules became stricter, Crowley’s job satisfaction levels dropped. “In my first couple of years I was lot more energetic and productive than in my last two years,” says the Epworth, England-based writer. “I was feeling better about my work when they [management] weren’t so tough.”

While call centres may not be the most employee-friendly places to work, Crowley’s experience is not unusual, says Craig Knight, a psychologist and founding director of Exeter, UK-based Haddington Knight, a company that uses science to improve business performance. Not being able to have a picture of our kids on our desk may seem trivial, but these rules are significantly impacting company performance, says Knight. 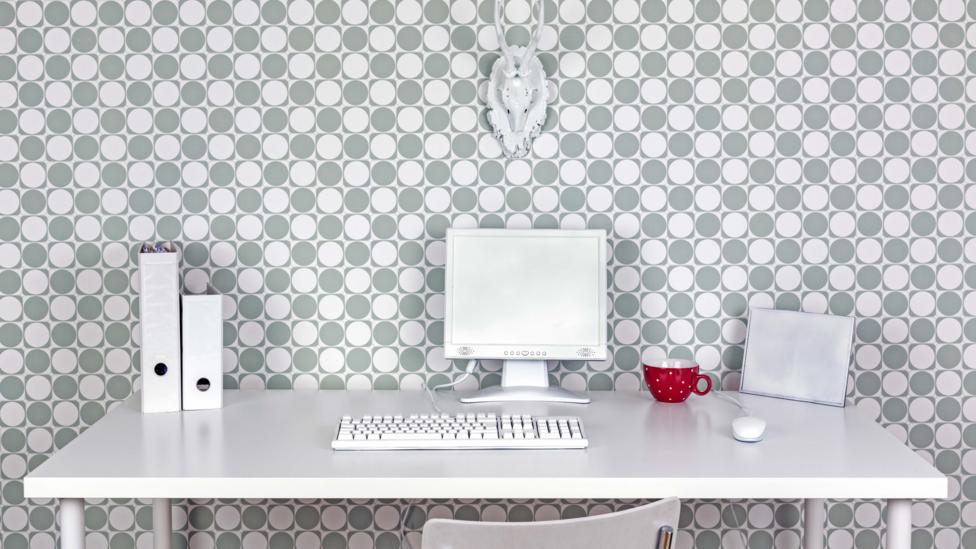 Many companies, across all sectors, put limits on what kinds of personal items staff can have at their desks (Credit: Getty Images)

When we can enrich our space we’re happier

Yet, many companies, across all sectors, and often in open office spaces, put limits on what kinds of personal items staff can have at their desks and a lot of businesses don’t allow anything at all.  But why insist upon that, if it hurts productivity and makes people unhappy? The idea stems, in part, from popular management theories that say clean desks increase focus and productivity. The research proves otherwise.

Having our own stuff in our workspace makes us work harder because it lends a sense of identity to a place — work — in which we could otherwise feel like cogs in a machine. It’s also more psychologically engaging when we have our personal items around us, says Knight. “When we can enrich our space we’re happier,” he says. “And we work better when we’re happier.” 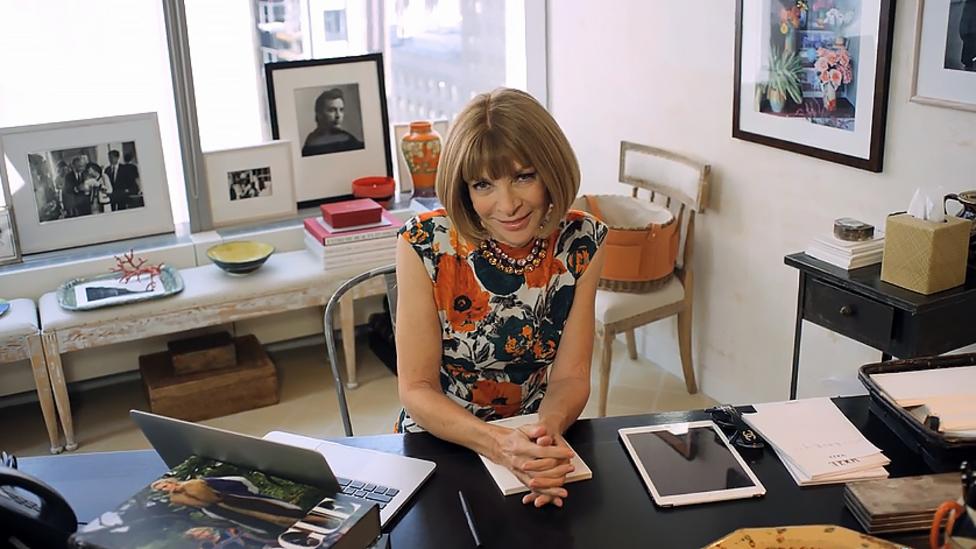 Some of the world's most successful people dress their work spaces with personal knick-knacks (Credit: Vogue)

Three researchers, writing in the Journal of Environmental Psychology, found that personalising our spaces, especially in an open office, gives us more control and a sense of ownership over our environment. And, as Knight found, that helps productivity.

“Creating a place of one’s own in an otherwise public workspace environment should further contribute to individuals’ positive cognitive and affective states, resulting in enhanced mental resources, enabling better coping with the potentially debilitating interferences associated with low privacy,” wrote the researchers in their report.

If there’s evidence to show that personalisation can make us more productive, then why doesn’t every company let us decorate our space?

Having a clean, unadulterated workspace is a central part of two leading management theories

It’s because many corporations still take an authoritative view of work, says Chris Cutter, founder and CEO of LifeDojo, a San Francisco-based business that helps executives improve the health and wellness of their employees. “Employers by their nature trend toward paternalism,” he says. “So this kind of policy is part of that. It’s standardisation, it’s predictability.”

Many managers also believe that the cleaner the space the more productive we are. If someone believes that, they’re going to enforce that idea across the company, he says.

One reason this thinking persists, adds Knight, is because having a clean, unadulterated workspace is a central part of two leading management theories: Six Sigma and Lean. Both take a rigid and cost-efficient approach to work above everything else. The idea is to eliminate anything extraneous, because if it's not central to the task at hand, it's considered wasteful. These theories, which became popular in the 1990s, are still in wide use today.

“The logic is that if all you have at your desk is what you need to do your job then you’ll be more productive,” he says. “It’s about maximising your time in your workspace.” So if something is not directly job-related, for example personal pictures or other knick-knacks, it's considered distracting. 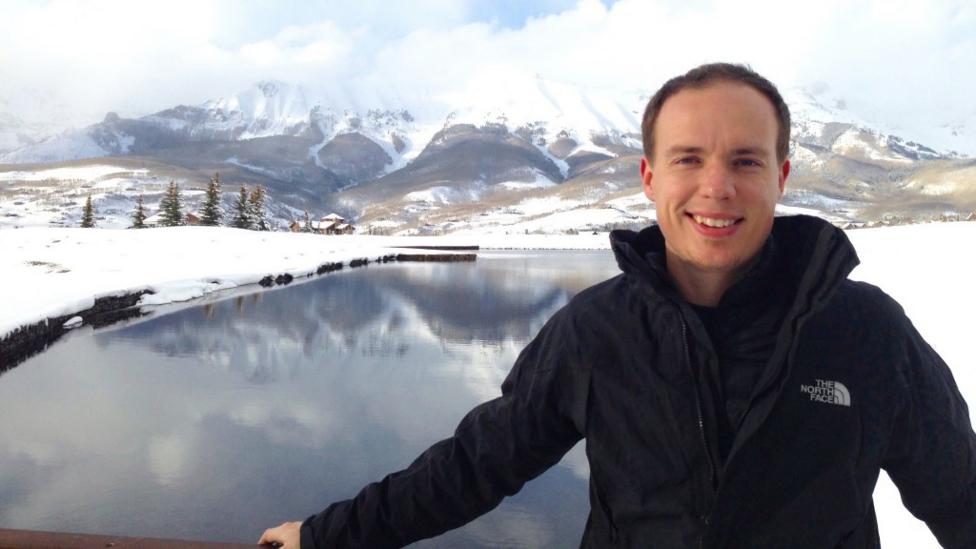 However, there’s no proof that Six Sigma, and similar management theories, work, says Knight, who started studying personalisation and productivity because he wanted to better understand the benefits of these theories. He soon found there weren’t any. “In every case, it’s the worst space you can put people into,” he says. “It doesn’t work and it’s entirely toxic.”

Cutter agrees that these management styles don’t work. “It goes back to the more you control the more predicable thing are, the better,” he says. “But when you think about it that’s so foolish.” It’s even odder considering how much research there is on how personalisation – in many situations, not just the workspace – is better for productivity and moral.

Your boss is probably not trying to be malicious or mean by banishing personal items, even if having rules against family photos sounds harsh. Many managers have been taught that Six Sigma is the right way to manage.

Cutter’s company spends a lot of time convincing companies that personalisation works. Sometimes, it's a hard sell. So, he typically finds a “champion” within the company who understands what he’s saying and can help push change. Once companies see the data, and realise the impact on the bottom line of a happier, more productive staff, attitudes usually start to shift. 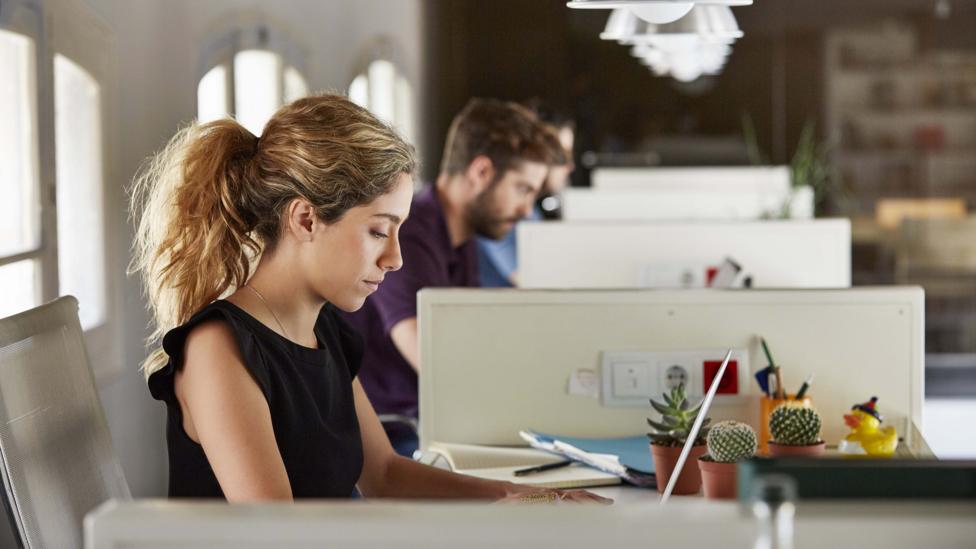 Having our own things in our work space helps us be more productive as it lends us a sense of identity when we could otherwise feel like cogs in a machine (Credit: Getty Images)

For companies hesitant to change, he suggests starting with one department. It's possible to track the impact on metrics such as productivity, morale and absenteeism over certain periods of time and measure the changes. “Managers can also ask if people are happier or more productive,” he says. “Look at the evidence and they’ll see it.”

Today, Crowley works at People HR, a company that creates human resources-related software, and can bring in whatever personal items he wants. While he’s only been there a few weeks, and he doesn’t have much on his desk so far, except for a thesaurus, his colleagues have photos, books, calendars — one even has a blanket — at their cubicles.

Being free to decorate — his employee handbook even says personalising can improve motivation — shows him that his bosses care about their staff’s wellbeing. That makes him want to work harder. “It’s liberating,” he says. “And it makes me want to put in more effort and get more results for my company.” 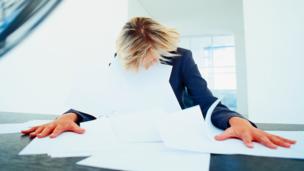 Hate your office? Try this
Around the BBC