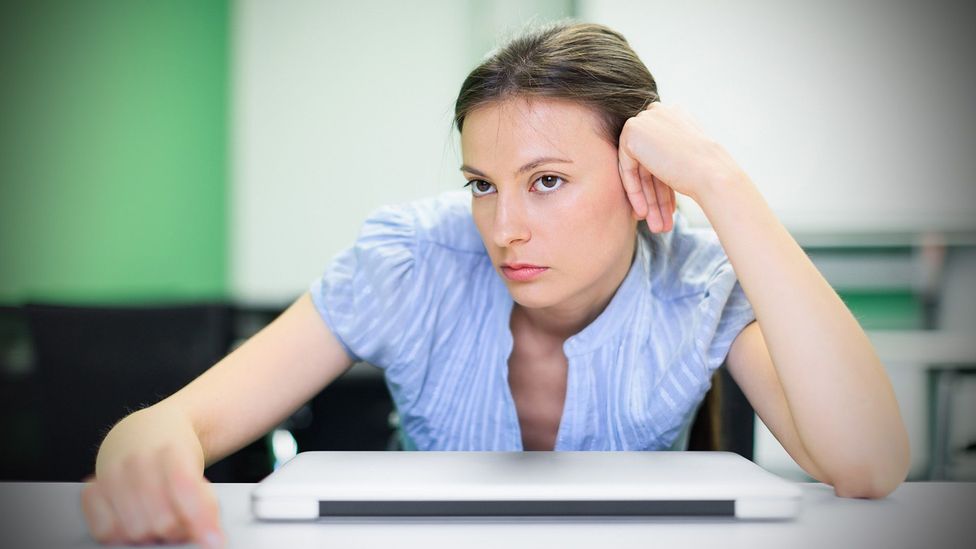 By Alina Dizik 9th March 2017
Finding it hard to empathise with colleagues or clients? Faking it helps – to a point, finds Alina Dizik.
W

When doctor Rebekah Bernard sees a patient, she doesn’t always find it easy to empathise with them about their medical complaints — particularly if the symptoms are due to a lifestyle disease, such as obesity-related heart disease, the progression of which is within their control.

But regardless of her true feelings, the Florida-based GP always puts the patient first and hides her ambivalence behind a professional and kind demeanour. And she always does her best to help them.

There are times when it pays to come across as caring and compassionate, even if you don’t feel genuine

In short, she’s faking it. But it’s to the betterment of her job, her colleagues and her patients, she says. She’s not alone. Many of us say what needs to be said to get the job done. But does that make us inauthentic, or worse, liars?

Well, no. In the workplace, many of us have glossed over tricky topics to keep from embarrassing others, or pretended to care about something when we didn’t. In fact, mastering this behaviour can be a valuable skill – if used sparingly. Whether it’s indulging a long-winded complaint or volunteering for cause you don’t really believe in, there are times when it pays to come across as caring and compassionate, even if you don’t feel genuine about it. 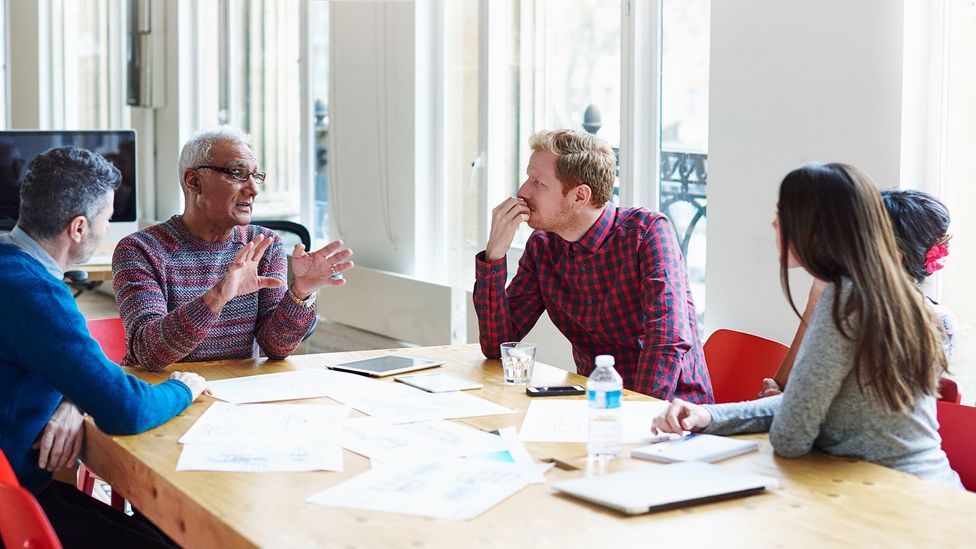 Many of us have glossed over tricky topics to keep from embarrassing others - in fact, this behaviour can be a valuable skill (Credit: Getty Images)

Bernard, for example, often finds that colleagues or patients mirror her emotional state, so coming across as caring — even when she doesn’t feel particularly empathetic — not only makes her work interactions more pleasant, it raises the likelihood of a good medical outcome as her patients are more open to advice.

“You almost have to deliberately force yourself to act, and when you do …you’ll get better results,” she says. “Maybe you don’t want to call it ‘faking’. I advocate acting.”

But if you’re worried that feigning compassion will make you seem like a phony, how can you ensure come across as genuine? For one, Bernard uses body language. To create a connection, she uses the active listening technique – she leans in when the patient is speaking, lowers herself into a seat so she sees them eye-to-eye, and repeats their statements in her own words to ensure they know they’ve been heard and understood.

Although it takes more energy on stressful days, she says the trade-off is worth it.

Research shows that acting out positive feelings can make you happier. A 2014 study from Washington State University in the US showed that college students across five countries who acted like happy extroverts felt genuinely happier at the end of the experiment.

But what if you don’t really like your colleagues or don’t believe in the issue in question? Are there any drawbacks to acting like you care? Well, it depends on if you feel you’re trying to do the right thing or simply acting manipulative.

“People pick up on when you’re not genuine way more than you might think,” says Monica Worline, a research scientist at Stanford University’s Center for Compassion and Altruism Research and Education in California. 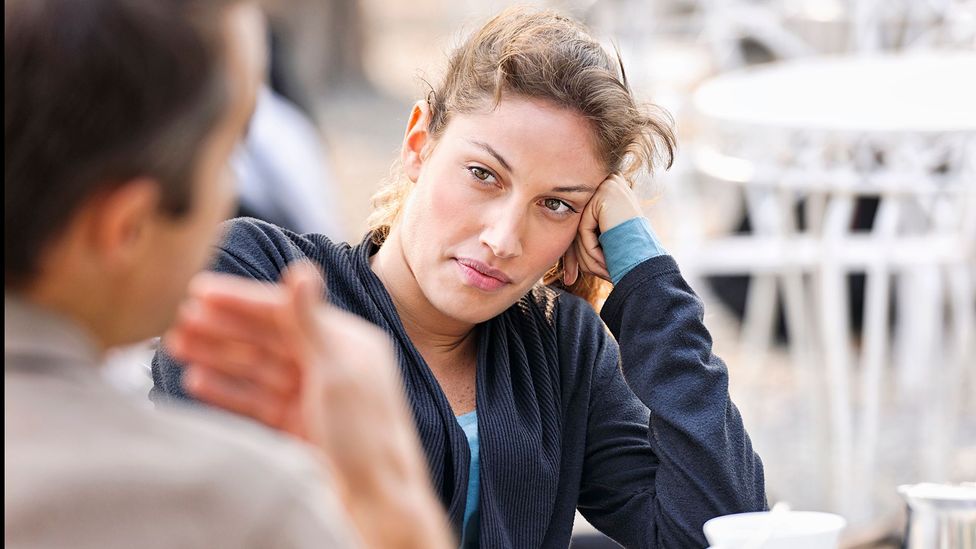 Most people can tell when your concern isn't genuine (Credit: Getty Images)

Most people are in a grey area of sorts when it comes to caring about those they work with, she says. Motives for concern about colleagues tend to be mixed, rather than outright manipulation, explains Worline. For example, donating to a higher up who is training for a marathon can be used to further a work relationship, even if you don’t mind donating to the cause. “It’s usually, ‘I’m giving you something because you are giving me something too,’ – that’s not as uncomfortable as really truly faking it,” she says.

One way is to harness your curiosity and look for common ground, rather than outright feigning your feelings, says Brandon Smith, an Atlanta-based psychologist specialising in workplace culture. Asking questions about subjects you’re truly curious about and making sure to follow-up at a later time can translate as empathy to a colleague, he says.

The trick is to ask about topics you truly care about rather than simply making small talk, which can come across as fake

For example, if you’re not interested in hearing about a colleague’s holiday, inquire about a work project that matters to you. The trick is to ask about topics you truly care about rather than simply making small talk, which can come across as fake. “When you are genuinely curious about another person, they experience that as empathy,” he says.

Gestures, such as thank-you notes, small gifts or even sending relevant links to research or current industry news, can also be effective at conveying you care about a colleague, he adds. Smith suggests her clients project empathy rather than compassion, which might make colleagues feel in advertently pitied and therefore worse. “Compassion can feel like sympathy,” he says, which can make co-workers feel judged rather than understood. “Doing something for someone is better.”

The case for authenticity

Done too often, faking it can backfire. When researching the phenomenon, Worline found that subconsciously, colleagues can differentiate between real and fake emotions and actions. “Disingenuous expressions of empathy are easily picked up by people,” she says. ‘It’s harder to fake it than you might think.” The result of faking emotions is having colleagues who may not trust you again in other parts of the job, she adds.

People who have to fake emotions at work, burn out faster

On an individual level, faking it can take a toll, too. “People who have to fake emotions at work, burn out faster,” says Worline. Being forced to act rather than show genuine emotions during the workday can make it easier to fall into depression, experience feelings of stress or be unhappy with the job overall, she adds.

Ultimately, it’s best for your career to figure out how to genuinely care for others in the workplace, say researchers. And some companies are encouraging employees to learn these tactics, not fake them. 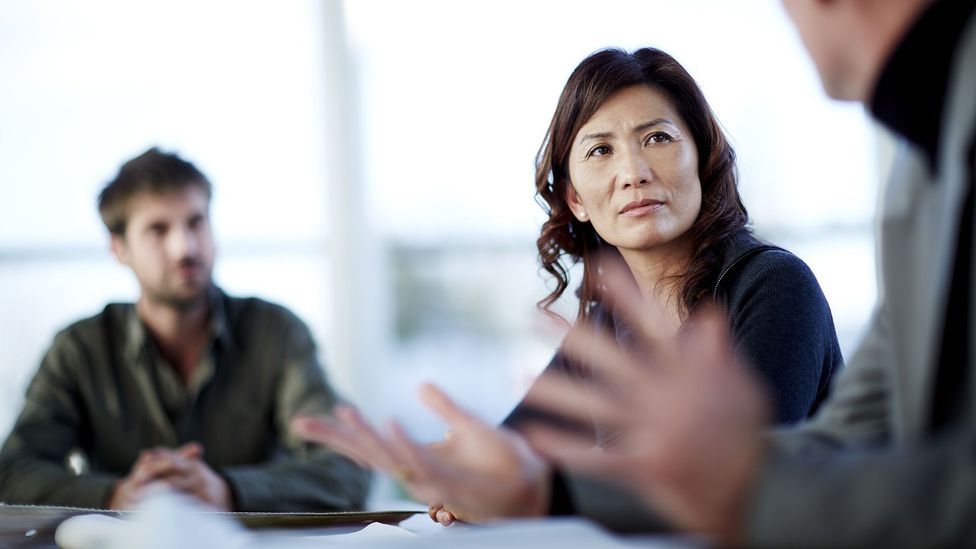 People who fake emotions at work can burn out faster (Credit: Getty Images)

Plasticity Labs in Kitchener, Ontario in Canada, offers a platform for companies who want their employees to log on to learn and practice traits including empathy, resilience and compassion for a few minutes each day, says Dave Whiteside, Plasticity Labs’ happiness research fellow.

About 35 companies use the company’s emotional intelligence platform that helps firms to measure workplace morale. Employees complete online exercises dissecting work problems from various points of view to help them understand varying perspectives. The first step in learning to care about the problems of others is to simply listen to colleagues, rather than jumping to help the other person solve a work problem, he says.

“If you don’t know what the issue is, you can’t relate,” Whiteside says. “It’s about building the ability to take on someone else’s perspective.”