A growing number of global firms are using as English their main language – even if they are based in Japan or France.

Nearly every meeting Keiko Claassen must attend at work is held in English. No big deal – except that her company is based in Italy and she’s Dutch.

At one recent meeting where she was the only non-Italian in the room, her colleagues stopped speaking English – the common language between them – because someone had trouble following the conversation.

“It was like watching a movie,” says Claasen. “As soon as they switched… you could see their culture come to life.”

It’ll be English-only for the leadership teams responsible for 500,000 employees across 80 countries

At ITT Motion Technologies, an Lainate, Italy-based engineering company where Classen is executive director of communications, every senior staffer is expected to speak English and most communications are delivered in English. While it’s not considered an official corporate language, with 4,500 employees working in several countries, including Japan, China, India and Germany, it’s the only language that everyone can generally speak in common – even if speaking doesn’t mean always fully understanding.

In other firms, such as France-based food services company Sodexo, English is being adopted as an official language. After years of translating emails, webinars and other materials into as many as eight languages, including French, English and Spanish, or holding massive town-hall meetings in multiple languages, the company announced in January that its senior leadership team would be embracing English. By year-end, it’ll be English-only for the leadership teams that are responsible for its 500,000 employees across 80 countries. 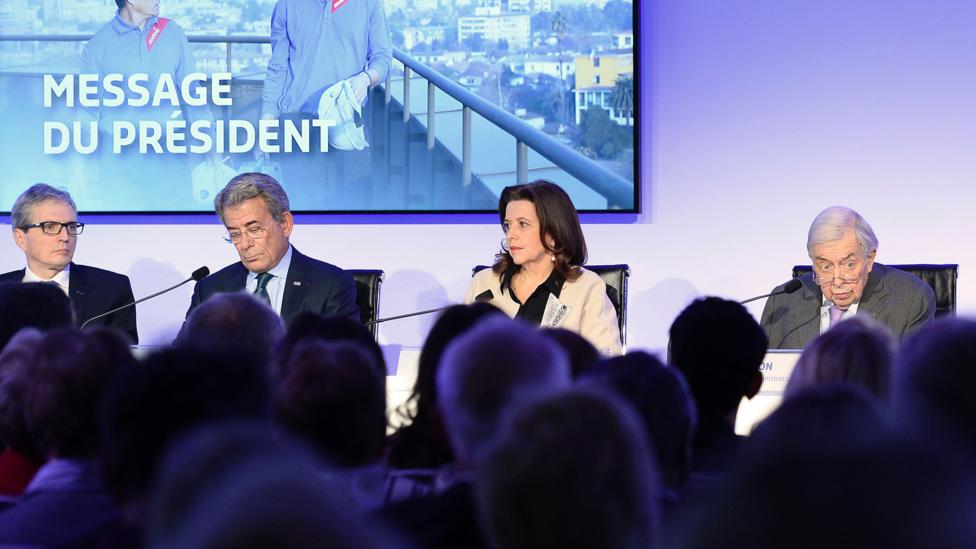 Board members of French food services group Sodexo, which is adopting English as an official language for leadership teams by the end of the year (Credit: Getty Images)

Others that have made the shift to English-only, despite being based in non-English-speaking countries, include Yokohama, Japan-headquartered Nissan, which implemented an English-first strategy in the late 1990s. In 2015, another car maker, Tokyo-based Honda announced that its corporate language would become English by 2020. German electronics company Siemens also made English its official language years ago. It’s likely many more companies will adopt English-only, says Jia Lin Xie, a professor of management at Toronto’s Rotman School of Management in Canada.

English is an enabler

For most of these companies, including Sodexo, the aim is simple: by communicating exclusively in a single language, leaders in South America can collaborate with colleagues in France or the US. It’s also part of a larger cultural shift for the company, says Kim Beddard-Fontaine, Sodexo’s group vice-president of employee and change communication.

“Business are organised globally and not regionally these days,” she says. “We want to become more efficient by collaborating across geographies. English is an enabler of that.”

This shift is not a throwback to colonialism or a play for cultural superiority. In Europe, nearly 80% of children in their primary years are learning English, while a 2013 survey by the 21st  Century Education Research Institute in Beijing found that 70% of Chinese parents want their children to learn the language to help them get into to better schools. 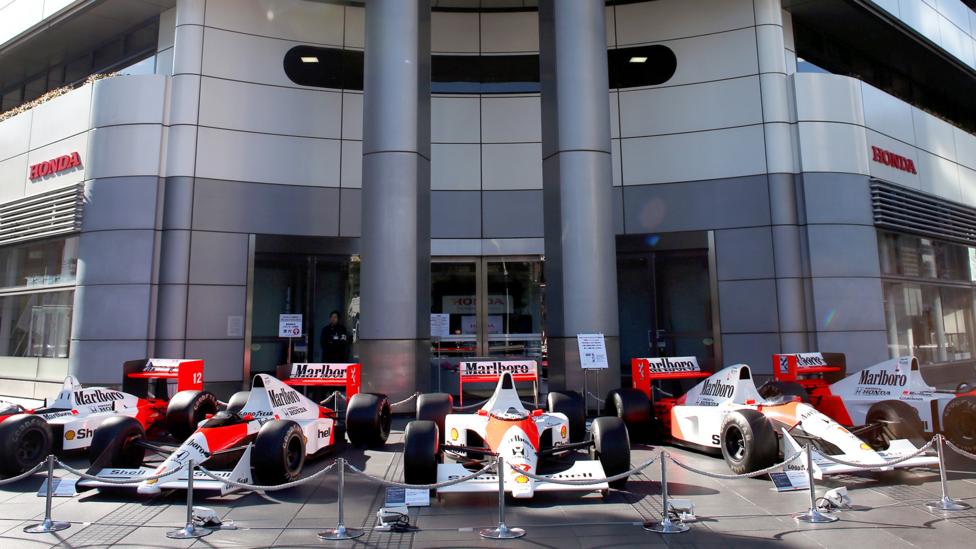 From 2020, Japanese carmaker Honda will use English as its corporate lingua franca (Credit: Getty Images)

“It’s also one of the most succinct, simple languages to learn” says Lin Xie. “It’s a required formal language of study in many schools in different countries.”

Sodexo, in theory, could have made its official language French – it is a 50-year old French company, after all – but only 35,000 of its staff work in France, while 125,000 live in the US.  Says Beddard-Fontaine: “I think if we decided to make French the company’s global language we would have had a revolt on our hands.”

It’s an absolute must that we move to English

Since the change is primarily for the company’s 200 executives and its 1,600 senior leaders – and in many companies English-only policies are for senior staffers who are expected to know the language – lower level staffers, many of who don’t speak English, will continue to receive communications in different languages. Still, that may change at some point, too, she says. As well, materials might be translated into fewer languages in future.

“It’s an absolute must that we move to English,” says Beddard-Fontaine. 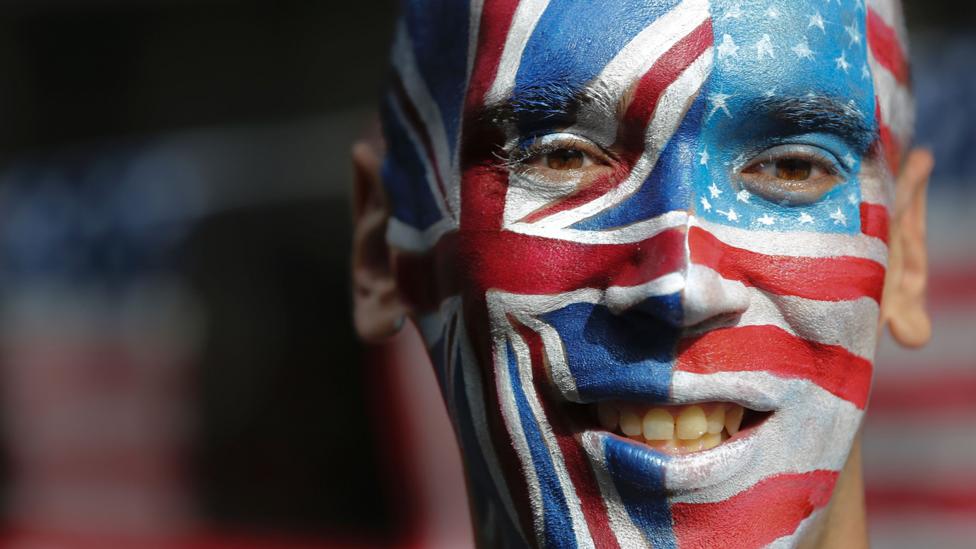 English dominates business as the language of choice – but in countries like Brazil and Italy, it’s not commonly spoken (Credit: Getty Images)

English might be the dominant language of business, but it’s not used everywhere or prioritized as a language learned all over. In a country like Brazil, only about 5% of people learn the language. In Italy, just 29% of people speak English.

Lin Xie suggests that if a company wants a smooth changeover and aims to promote people from within the firm, it ought to offer English lessons to staffers lower down the corporate ladder, and not just focus on executives. When Nissan adopted English as its official language, it did just that, in part to recognise that the transition would not be easy for everyone. “They understood that there is a language barrier and if they want to be truly global they’d have to help people do something to overcome it,” she says.

Both Sodexo and ITT Motion Technologies offer English courses to some staffers who want to get a better grasp of the language.

Even so, when an entire language changes, a dose of compassion is necessary – imagine having to suddenly speak in a language that isn’t your own or which you don’t quite speak fluently. 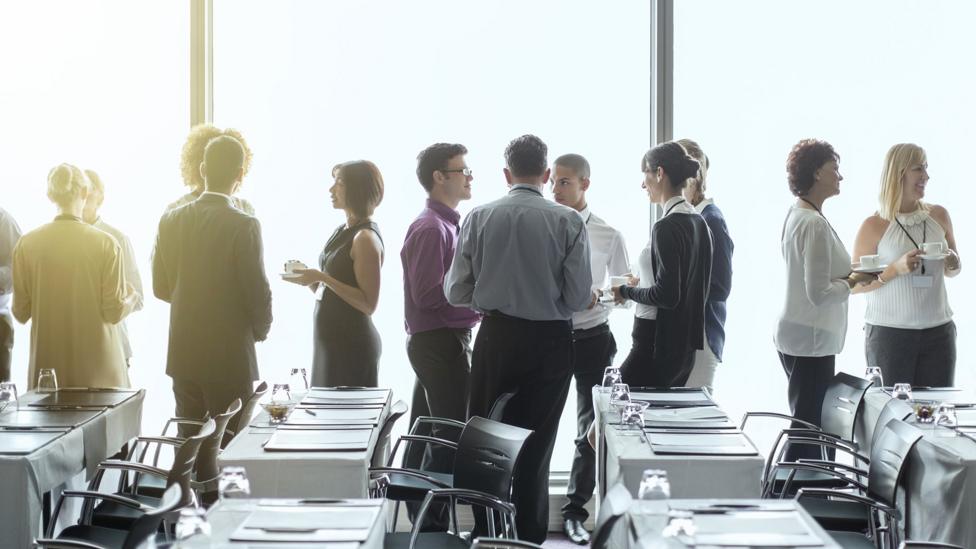 Bosses and peers alike should realise that others might not fully understand what’s being said, says Claassen. That could lead to misunderstandings or feelings of awkwardness. She’s been on plant tours where the person showing her around began the conversation by apologising for not speaking English well, even though the employee had an impeccable grasp of the language. “They have to cross this wall for themselves because they don’t feel their confidence is high,” she says.

In some cases, the perceived language barrier holds employees back. When Claassen has group meetings with Chinese colleagues, many of them remain quiet until they’re asked directly for their input. They don’t want to lose face by using the wrong word or accidentally saying something funny, she says.

If a Chinese person meets someone from the Middle East, they will speak English

“You have to be conscious of that and really invite them in,” Claassen says.

As well, non-English speakers will likely fail to pick up on some of the nuances of the language, but it’s more important they understand the overall message and that everyone feels comfortable working together, says Sonita Lontoh, a vice-president of marketing at Siemens. It’s up to the native and experienced speakers, she says, to repeat and make sure others understand. That’s especially true of native English speakers, who are deemed to be the worst communicators.

Lontoh has worked at several global companies where English has been the main language and has never encountered a problem. But, there have been some humorous moments, like when one her German colleagues was discussing strategies to reduce greenhouse gas emissions mentioned  finding “low carb solutions,” – the term refers to a low carbohydrates diet in.

But, the move to English as a corporate language just make sense, she says: “If a Chinese person meets someone from the Middle East, they will speak English. They don’t expect to know each other’s language.”