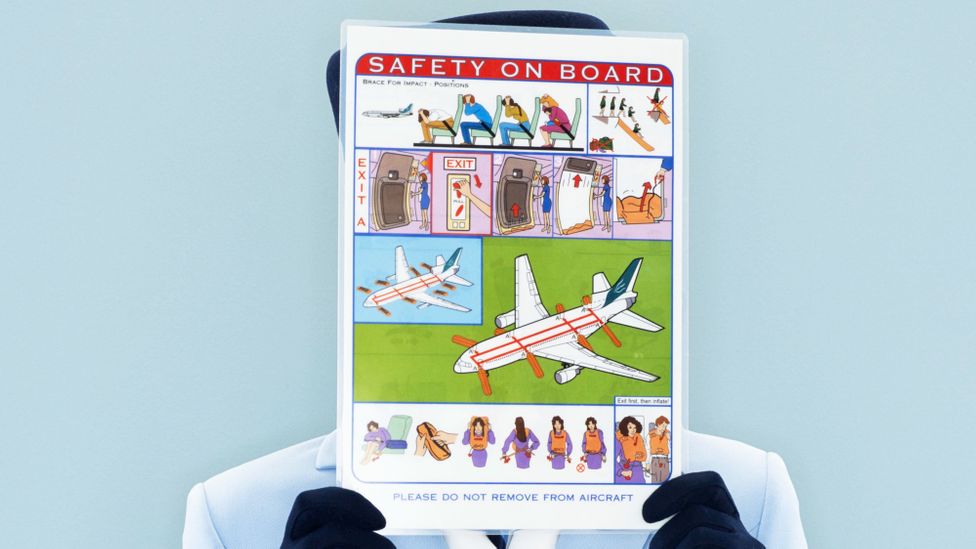 By Eric Barton 21st March 2017
Revealing your quirks, preferences and traits formally to colleagues can help you when it comes to working together, but those adopting the practice warn against sharing too much.
I

Ivar Kroghrud spent six years as an officer in the Norwegian navy during the 1990s and every August he found himself among strangers.

Military service is compulsory in Norway, and each year Kroghrud would get an entirely new batch of recruits. By working long hours together on relatively small patrol boats, the crew would get to know each other quickly, learning each other’s traits and quirks and the best ways to work together. Later, he went into the business world and he found that it was completely the opposite.

In 2000, Kroghrud, who lives in Oslo, founded online survey and data company QuestBack, and was struck by how hard it was to get to know his colleagues. Within the next decade, the company had grown to more than 300 employees – so many that he never learned some of their names, let alone their personalities. 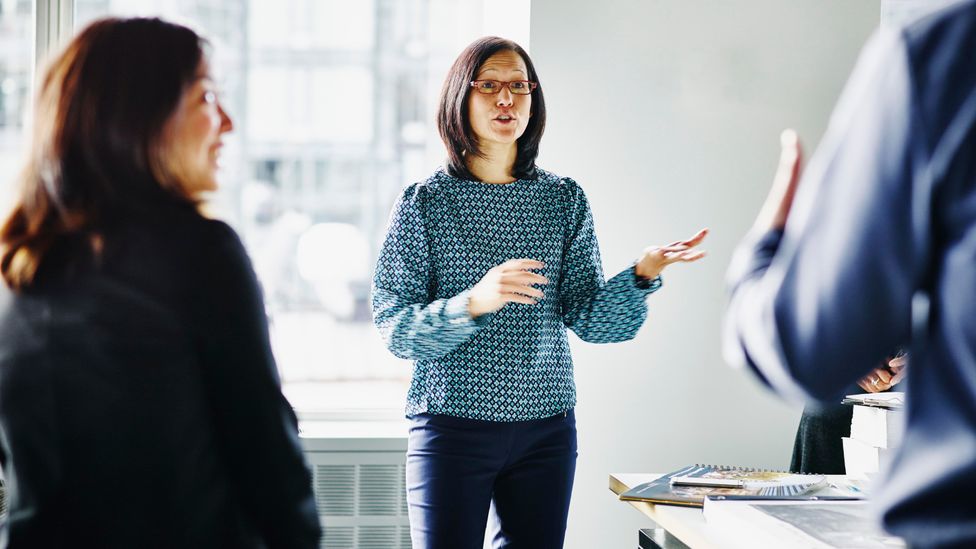 Some companies have asked employees to write personal user manuals, in the hope that it will help colleagues understand different personal ways of working (Credit: Getty Images)

“I was both intrigued and frustrated by the amount of time it takes to really get to know someone in business,” Kroghrud says. “If people are left to discover who they are by working together, there’s bound to be problems and conflicts.”

In 2011, while attending a conference at London Business School, a professor mentioned in passing an idea that Kroghrud thought might solve his problem: a personal user manual. Back at his office, he drafted a one-page document on the best ways for others to work with him. It noted his likes and dislikes and what he expected of his staff. For instance, he’s prone to deliberations, even when others wish he would just make a decision.

The feedback was immediately encouraging, with fellow employees saying it offered them insights into working together more effectively. Ever since, he has encouraged everyone he knows to write a personal user manual of their own.

To some, the idea of a personal user manual might sound like an efficient way to get along with people in the workplace. But, for others, it may seem to be a practice in half-truths and corporate-speak. Yet companies that use personal user manuals say they’re a tool to help colleagues to get along in an era where many work from home and can’t get to know each other at the watercooler – or prefer not to connect on social media.

Still, if you’re thinking of writing a user manual of your own, there a few things you need to know.

Knowing me, knowing you

The idea for a personal user manual came about when Larry Stybel was waiting for for a scheduled meeting. This was in 2003, and Stybel, an executive recruiter and co-founder of the Boston firm Stybel, Peabody & Associates, used the downtime to read the instructions for his new cell phone. 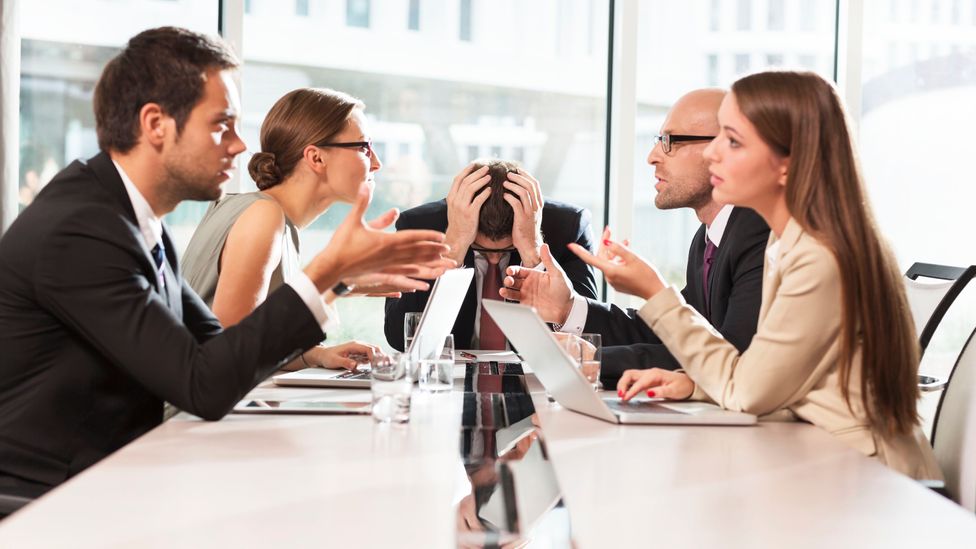 "If people are left to discover who they are by working together, there’s bound to be problems and conflicts," says Ivar Kroghrud (Credit: Getty Images)

It occurred to him that it would be useful to have an instruction book for every executive he recruited. So he experimented with the idea by writing a user manual for himself. Then, convinced it would help people get to know each other, he asked every executive he placed in a new job to write one of their own.

The manuals helped to reveal an executive’s idiosycrasies

Over time, Stybel found the manuals helped to reveal an executive’s idiosycrasies. And also how subordinates could best work with – or circumvent -- them. There’s the college professor, for instance, who encouraged colleagues to make an office appointment rather than approach him as he walks the halls, a time when he likes to think. Or the CEO, who admitted he knew he often told the same war stories, so his user manual encouraged subordinates to cut him off when he started recounting old tales.

“It has greatly reduced the uncertainty of a new hire,” says Stybel. “More than that, it has helped increase their chance of success in the new position.”

Recently, the use of personal user manuals is one that’s been discussed at conferences for executives, and some tech companies and startups have asked their employees to write them.

David Politis, founder and CEO of IT platform BetterCloud, learned of the idea last year at a conference. During one session, the speaker asked attendees to write personal user manuals right then and there.

“For me the ‘a-ha’ moment was looking around that room” he says. “Everyone’s heads were down, furiously writing away. I realised that this was an idea I could take back to the office.”

Two weeks later he held a meeting and asked his employees to write a user manual of their own. He suggested they use a set of standard questions, including, “What’s the best way to communicate with you?” and “How do you like to get feedback?” The answers were published on shared folders for anyone in the company to read. Politis published his own on social media, and even sent a copy to his in-laws.

The user manuals uncovered explanations to issues that had simmered in the office. For instance, the company’s CFO revealed in his user manual that he liked to work early mornings before taking the train to work. One of his colleagues, meanwhile, wrote that he likes to work late nights, and suddenly they both understood why there was often a delay between emails and responses they sent to each other.

For Politis, his revealed that when he’s quiet during meetings, his employees shouldn’t be concerned, but instead know that he is just taking it all in. 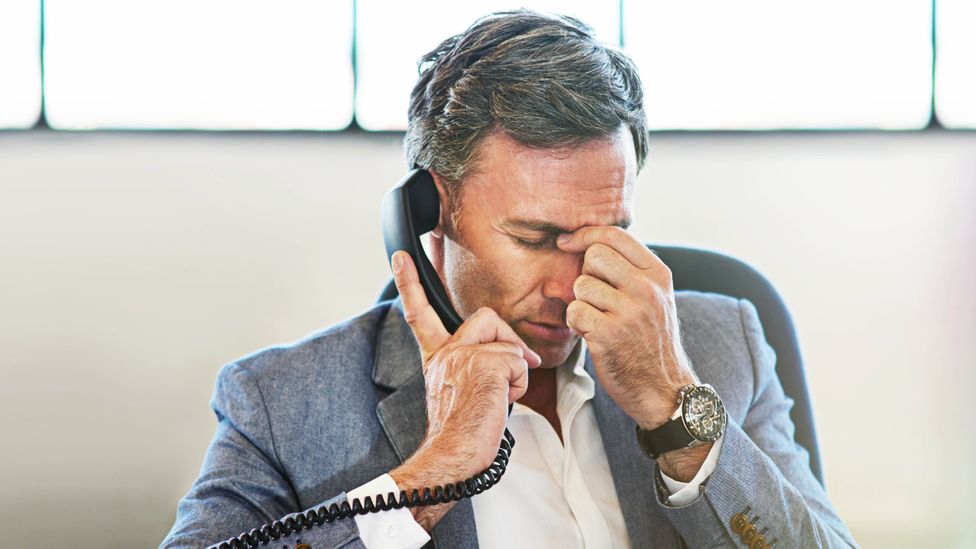 Adopters of personal user manuals in the workplace say they help to uncover explanations to issues that have simmered between workers (Credit: Getty Images)

“You hear people referencing their user manuals all the time now,” Politis says. “You walk into a meeting and someone will say, ‘I scheduled this for 7am because I saw in your user manual that you like to meet early.’”

The personal user manual concept isn’t without its downsides. Stybel, its creator, cautions that it should never be mandatory, because it could be perceived as invasive. That’s especially true in countries like Japan, where personal habits are less likely to be discussed in the workplace.

If the CEO goes first and is honest, people below will be honest

There’s also a propensity for people to be less-than-truthful in their responses, including the cliché of claiming your biggest weakness is working too hard. Politis gives a simple solution: “If the CEO goes first and is honest, people below will be honest,” he says.

Ben Dattner, an organisational psychologist and executive coach, based in New York City, says the idea is a helpful tool for remote workers who may never have a chance to meet their colleagues face-to-face.

But, he warns, there’s the danger that your boss’ user manual could be inaccurate. Maybe your manager’s user manual claims he likes to be challenged, something you learn isn’t true when he chastises you for doing just that.

In a way, it’s a vulnerability, so you have to use some caution

There’s also the worry your user manual could be used against you, especially if you tend to divulge too much about yourself, he adds. Reveal that you don’t like early meetings, and your “morning person” boss might say it’s time to adapt. 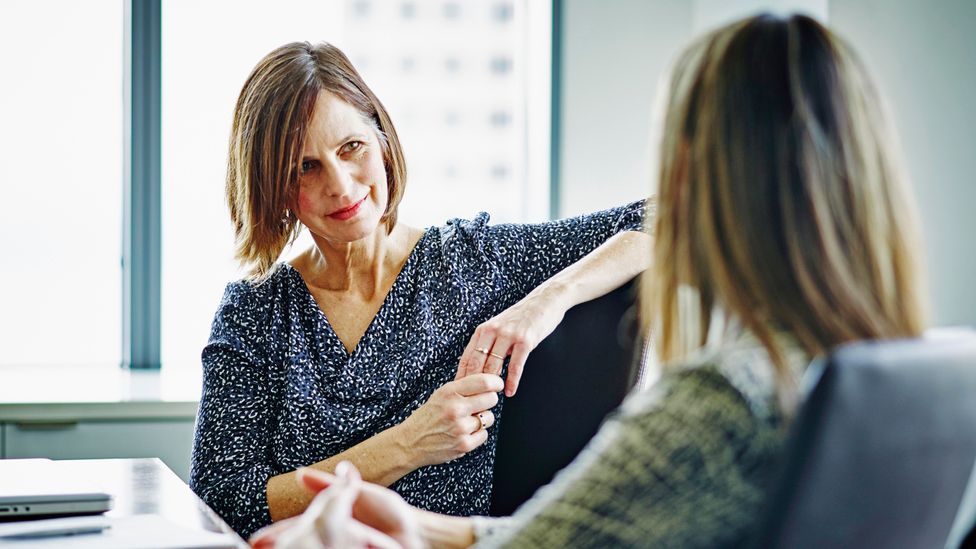 “In a way, it’s a vulnerability, so you have to use some caution in what you put in your user manual and what you trust in someone else’s,” Dattner says.

Do it right, however, and Kroghrud has found that personal user manuals can make it easy for new hires to get to know their coworkers. He doesn’t require it as his current company, MagicGarden, which helps startups develop their businesses. But Kroghrud still maintains the user manual that he first penned, occasionally updating it.

“It’s all these quirks that make people people,” Kroghrud says. “The user manual is just a shortcut to finding them and understanding what makes your coworkers tick.”

Psychology of Work
1To succeed, tell everyone your failures
Around the BBC