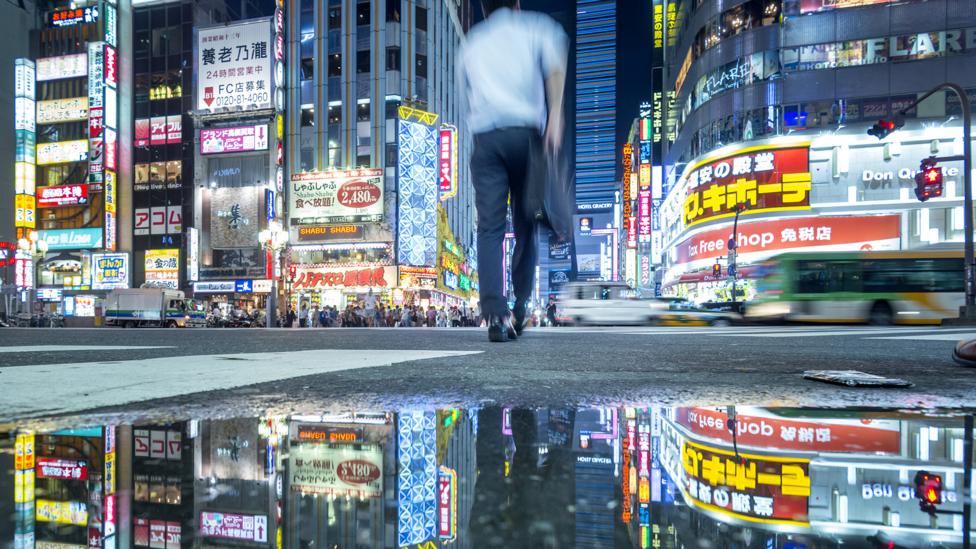 In February, Tokyo-based public relations firm Sunny Side Up announced employees could leave work early on the last Friday of every month.

The problem? Nobody wanted to go. Despite the company’s announcement, it seemed like everyone would stay at their desks anyway.

“It is not the Japanese way,” explains Ryuta Hattori, head of the company’s global communications department. “In the Japanese working culture, we work so hard and work so many hours and nobody takes off early. It is not done.” 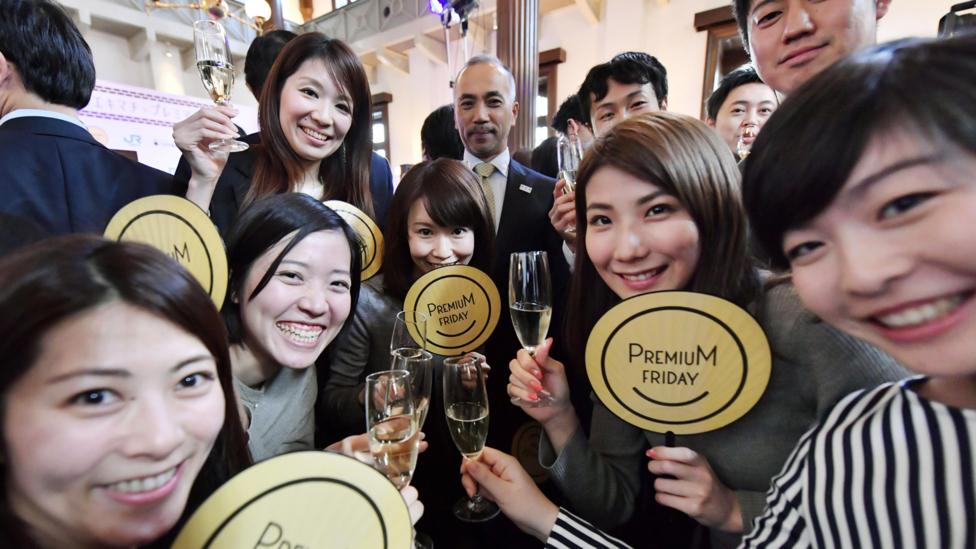 The idea is part of a new Japanese government initative, launched on 24 February, designed to tackle the country’s infamous culture of long hours and overwork. Once a month on Premium Friday, as it’s known, employees are encouraged to leave work at 15:00 in the hopes some free time will reduce workplace stress. It’s turned out to be more difficult than it sounds.

Incentives were needed to push them out the door: 'We had to give them bonuses to leave'

At Hattori’s company, where the corporate slogan is ‘let’s have fun,’ incentives were needed to push workers out the door. “We had to give them bonuses,” he says.

Any employee who agreed to leave their desk at 15:00 on Premium Friday received envelopes with 3,200 yen, or $28. Some of them headed to an izakaya, a Japanese-style pub that also serves small plates of food, while others went off to play football.

Still, many people at other companies remain unsure about logging off prematurely. While cutting out early might sound like a glorious plan to workers in other countries, in Japan the Premium Friday initiative has been met with trepidation. The country’s hopes of easing an overworked population has instead only seemed to highlight what can happen when workers are pushed too far.

Late on a Tuesday afternoon, Gian Nomachi pushed a cart full of empty bento boxes outside a medical research park in Japan’s Hyōgo Prefecture. She delivers the lunches; because workers leave their desks for meals. 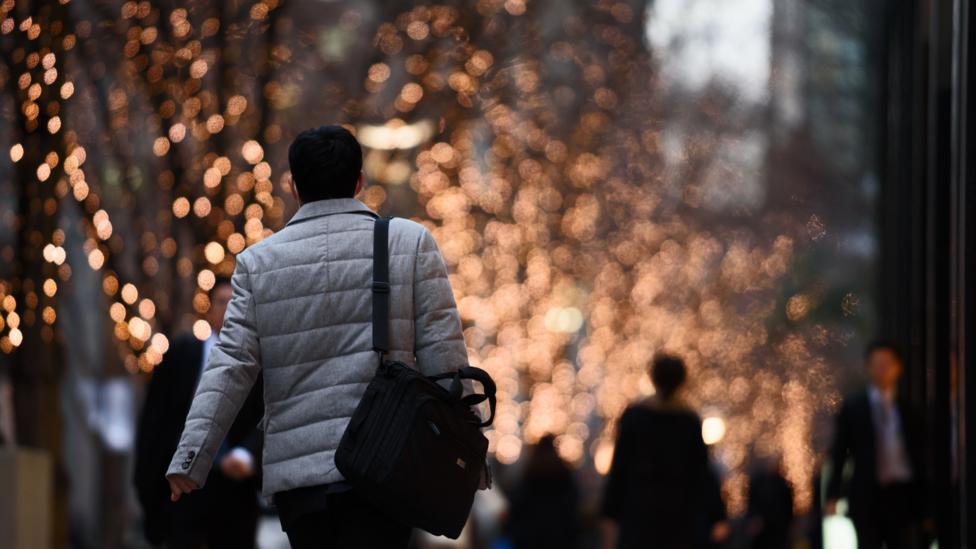 Many Japanese work into the night, putting in 12 to 14 hour days (Credit: Getty Images)

“I would like to take part in Premium Friday, but there is no way,” Nomachi, 26, said as she stacked the colourful boxes in the back of the van. “This is impossible. It is impossible to leave work early.”

Maybe she would if her boss took part, she says. But until that happens, no worker would dare to be the first to check out.

There’s a very practical reason why Japanese work so long

That’s a typical outlook in Japan, a country where workers rack up long days with or without being paid overtime, says Parissa Haghirian, professor of Japanese management at Sophia University in Tokyo. 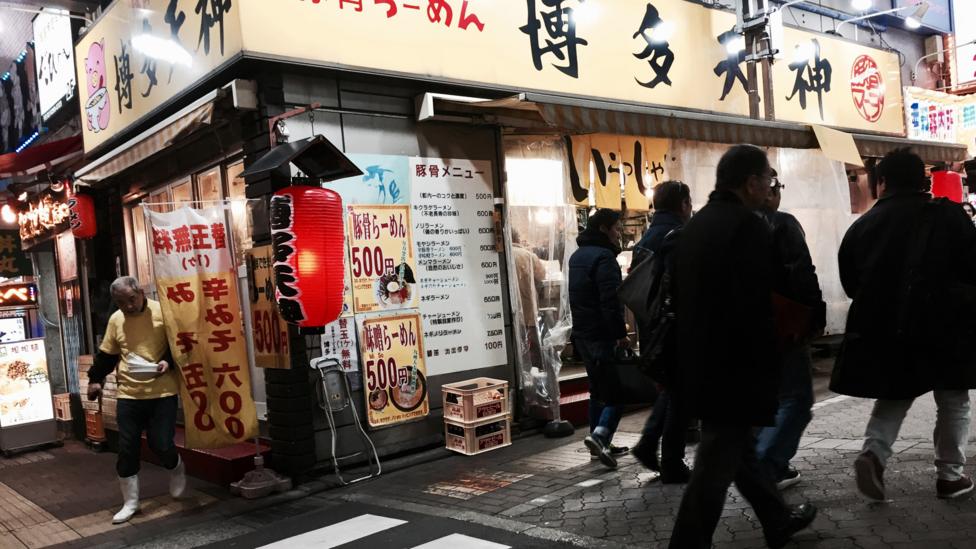 But Japan’s hard-working culture has also reached crisis levels, causing the government to act. A series of deaths linked to working too hard, called karōshi in Japanese, brought the notorious Japanese obsession with work into the spotlight.

One high-profile example was the suicide of Matsuri Takahashi, a 24-year-old ad executive who leapt to her death on Christmas Day in 2015. She had been working a 100-plus hours a month in overtime and left a note for her mother that read: “Why do things have to be so hard?”

She was one of 2,159 workers that year whose deaths or suicides were ruled to have been caused by overworking. In October, the government released a report that showed a quarter of companies had workers clocking 80 hours or more of overtime a month. At that pace, the government figures suggest that those workers are in jeopardy of karōshi.

Two Premium Fridays later, and few companies had taken part. Last month, Premium Friday landed right in the middle of cherry blossom season, a springtime ritual when locals and tourists head to parks and temples to spot the pink flowering trees. But, it was also the last day of the Japanese fiscal year, meaning many companies were too busy to let employees leave.

The pizza chain Domino’s even made light of the lack of participation. It started an advertising campaign called Ennui Monday, which references workers depressed about returing to work Monday morning after missing out on Premium Friday.

The social pressure to remain at your desk as long as a colleague is still there, means people often stay late into the night. And that’s unlikely to change even with the Premium Friday encouragement. 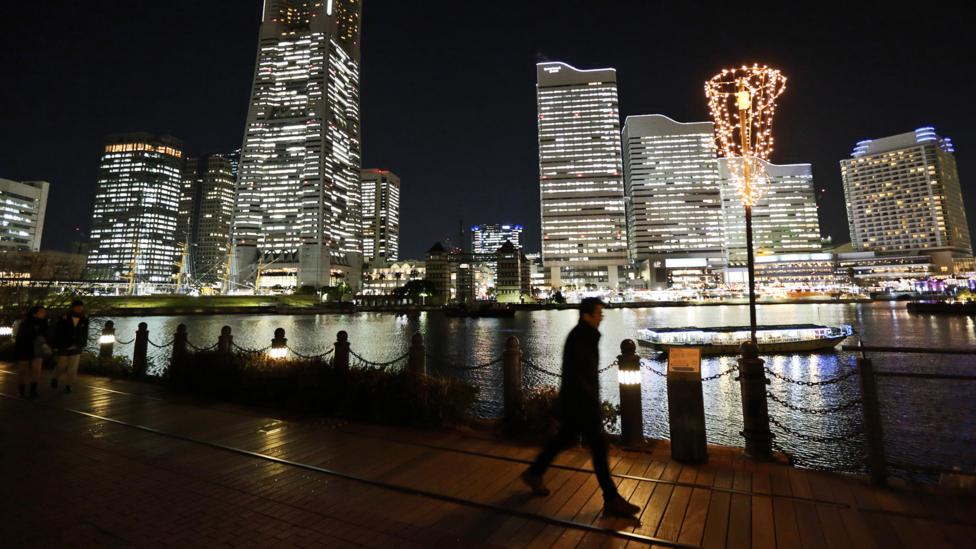 Despite the late hour and darkness, it's likely many are working inside these well-lit Tokyo buildings (Credit: Getty Images)

It can be even more difficult for expats, who can have a tough time navigating Japanese cultural and professional norms. Most foreigners end up working long hours at Japanese firms, Haghirian says. Western companies often start their day early, at 6am or so in the morning, with 10 or 12 hours of work to follow.

“But at least they’re not at their desk into the night, like Japanese workers,” Haghirian says.

Despite the prime minister’s initiative, Premium Friday has yet to catch on, even in government offices. Like most Japanese workers, employees at Kobe City Hall begin their morning with a 9:00 chime that signals when they should be at their desk. Chimes ring again at noon and 13:00, to signal the lunchhour, although most workers eat quickly at their desk.

At 21:00, a final bell tells workers they should really, finally go home. Still, many workers remain

At 17:00, another chime signals the end of the day. But you won’t see many workers get up. At 21:00, a final bell tells workers they should really, finally go home. Still, many workers remain.

Kobe Mayor Kizō Hisamoto says he hopes to change that. He says he supports the idea of Premium Friday and the effort to reduce the workload. But his City Hall employees won’t be partaking.

“We have a responsibility to fulfil the requests from the public,” Hisamoto says. Instead, he says he has begun working to reduce the number of overtime hours clocked by employees.

So far, 130 firms have reported that they would participate, according to Japan’s Ministry of Economy, Trade and Industry. But the government hasn’t collected information on how those companies would participate and whether they would allow all of their workers to take time off.

At Hattori’s PR firm, work didn’t slow down just because workers were logging off. On the contrary, Hattori found himself flooded with calls on the first Premium Friday. So as all of his colleagues filed out to the football pitch or to bars, Hattori found himself still at his desk. “Yes,” he admits, “I had to work.”

In March, however, the entire office closed for Premium Friday. This time, the company didn’t need to give bonuses to encourage everyone to go home, although salaried and hourly workers were paid as if they were still on the clock. Hattori says he and his colleagues went drinking, took in a movie, or went to the beauty salon.

Hattori had esteemed company in Premium Friday this month. The prime minister left the office at 3pm sharp for a weekend away, according to local media reports, the first time he had done so since his holiday in August.