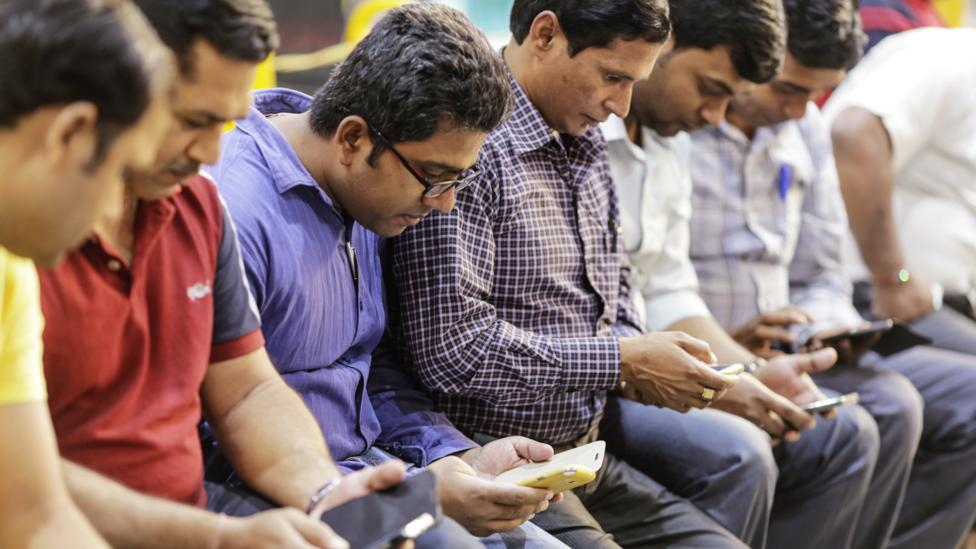 By Elle Metz 14th April 2017
Our brains are at their most innovative when they are resting, so why aren’t we making time for quiet reflection?
L

Last month, both the US Department of Homeland Security and the UK Department of Transport issued a new ban. Passengers flying from certain areas of North Africa and the Middle East can no longer carry electronics larger than a smartphone on flights.

Royal Jordanian airlines cheekily responded by offering travellers “12 things to do on a 12-hour flight with no tablet or laptop.” Number 11 was “analyse the meaning of life.”

These days, spare moments are filled with using our smartphones and other devices

There’s nothing inherently funny about this suggestion. It’s amusing because the thought of quiet contemplation on a long flight rather than being entertained via a screen is, in today’s world, ridiculous.

Humans have daydreamed for thousands of years, and yet, these days, spare moments are filled with using our smartphones and other devices—scrolling through social media, listening to podcasts, responding to emails—leaving us little time to let our minds wander. This may seem a small change, but its effect, on the way our minds work and on our collective creativity, could be far-reaching. In fact, it could be hindering your ability to come up with fresh, innovative ideas.

In 2012, researchers found that letting your mind wander can lead to better creative problem solving. And anecdotal links between daydreaming and creativity abound. From Einstein to Nobel Prize-winning chemists to the inventor of the Post-it note, many of the world’s great thinkers have espoused the benefits of giving your mind a rest. And perhaps you too have noticed that your best ideas come in the shower or while out for a walk.

Daydreaming is how we access our big-picture state of mind

When your mind is able to wander, it is accessing memories, emotions and random bits of stored knowledge, says Amy Fries, author of Daydreams at Work: Wake Up Your Creative Powers and a writer and editor for Psychology Today.

“Daydreaming is how we access our big-picture state of mind,” Fries says. “When you’re in a daydreaming state of mind, you can visualise or simulate your own version of events."

This visualisation can help us gain a new perspective on a problem or link two previously disjointed thoughts to come up with an original idea. 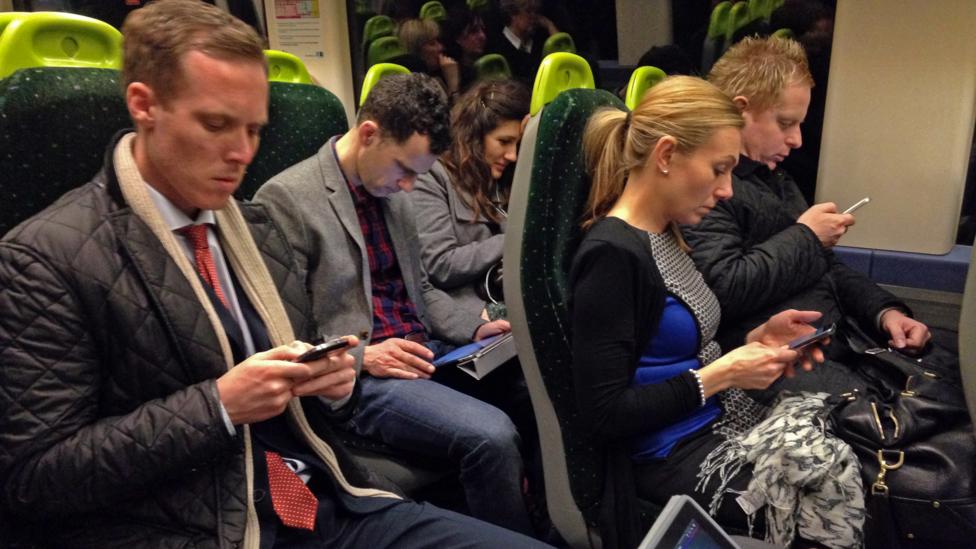 According to Nielsen, Americans spend 10.5 hours a day consuming media. And UK residents are close behind at almost 10 hours a day, according to eMarketer. (Credit: Getty Images)

“My most creative moments come when my brain is allowed to rest,” says Megan King, a graphic designer for the architecture and engineering firm exp Global Inc. As a designer, King is expected to come up with new, compelling ideas all the time. “Sometimes I’ll spend all day working on a project and I’ll feel that I never quite created something that I’m really happy with,” King says. “I’ll get a good night’s sleep and [the next day], get something done in 15 minutes that is more innovative.”

But “I’m addicted to my smartphone,” she says.

She’s not alone. According to Nielsen, Americans spend 10.5 hours a day consuming media. And UK residents are close behind at almost 10 hours a day, according to eMarketer. This extended screen time has made some of us uncomfortable sitting alone with our own thoughts. Scientists conducted a study in which they gave people the option of either sitting alone with no distractions for a period of 6–15 minutes or enduring a mild electric shock. Many people chose the shock.

When your eyes are on your phone, your mind is in a very different state than when it’s daydreaming.

Over years of studies, researchers found that our brain has two separate attention systems, says Daniel Willingham, Professor of Psychology at the University of Virginia — an external one and an internal one. The internal attention system, which is activated during daydreaming, is called the default network. 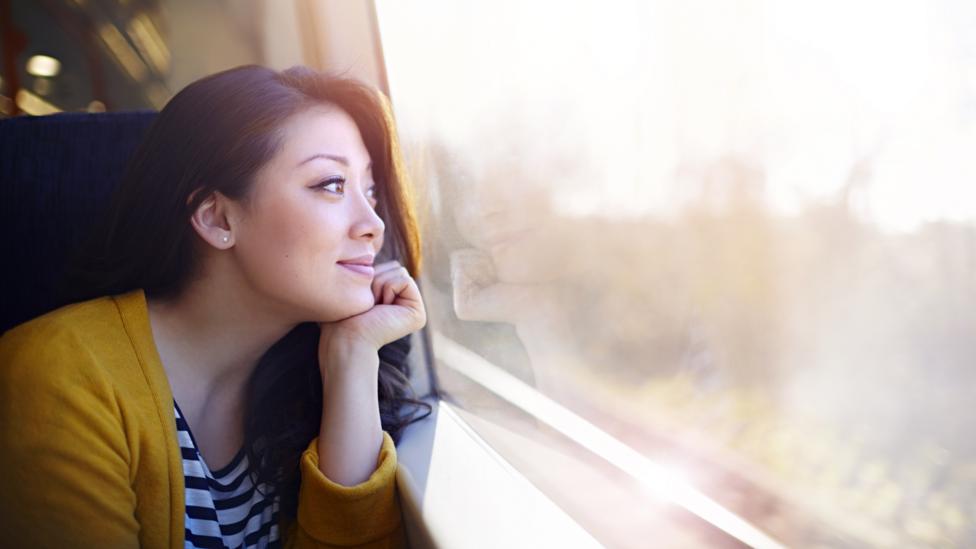 When your eyes are on your phone, your mind is in a very different state than when it’s daydreaming. (Credit: Getty Images)

If both systems can’t be active at the same time and we’re spending 10 hours a day in one attention system, it begs the question: what is that doing to our brains — and our ability to come up with creative ideas?

“This is not a small intervention that we are conducting on ourselves. In many cases this is an enormous amount of time,” Willingham says, “especially for teenage kids.”

From a psychological point of view, we’re more concerned about what this will do to us over the course of many years

“From a psychological point of view, we’re more concerned about what this will do to us over the course of many years,” he says. The consequences, as of now, are not fully known, but all this phone staring, all this time spent in one attention system, may very well have a long-term effect.

The good news is that some people are already self-regulating their overuse. King recently went off Facebook after realising she was spending too much time on the site in her in-between moments.

“I’ve been developing a self-awareness recently about my overuse,” she says. “I’ve been trying to curb it, but it’s hard.” 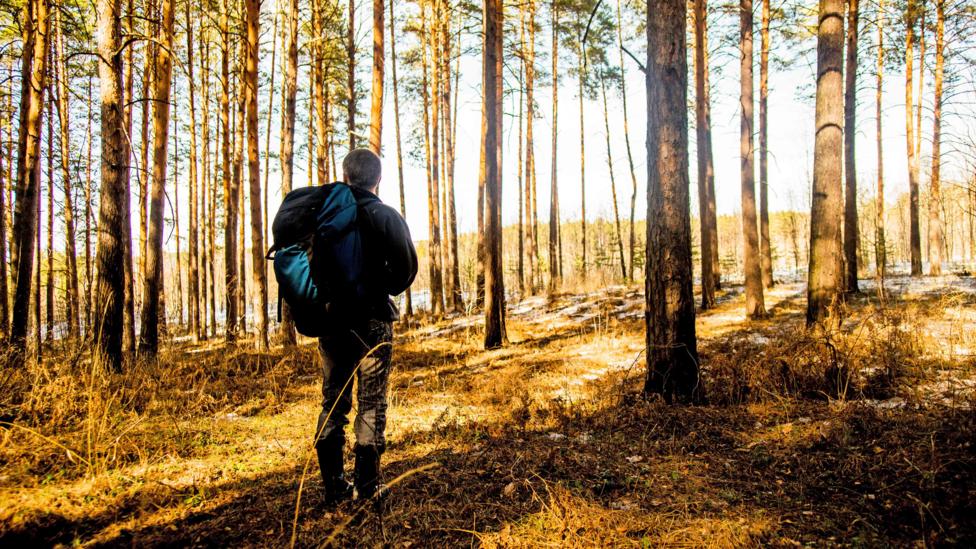 Some people are already starting to self-regulate when it comes to their internet and screen usage, scheduling in time for technology detoxes (Credit: Alamy)

Willingham, who used to listen to podcasts or books on tape while he walked for exercise, has started leaving his devices at home. He’s much happier with the silence. And Fries consciously limits her phone and television time, and if she could, would go even further.

“I actually have fantasies about going off the grid for about a year,” she says.

Barring that, Fries recommends starting with self-awareness. Notice when you’re looking at your phone and how it makes you feel. If you’re tapped out for creativity, go for a walk or do some other activity that doesn’t require focused attention. Most importantly, give yourself the time and permission to daydream, which, especially in our culture of busyness, is easier said than done.

Accepting your own daydreaming state of mind is almost revolutionary

“I think it’s something individuals can own,” Fries says. “Accepting your own daydreaming state of mind is almost revolutionary.”

Companies would also benefit from giving their employees the space to let their minds wander, she says, allowing them to come up with better, more innovative ideas.

“Any leader in any area, I can guarantee you they’re a big daydreamer,” Fries says.

In addition to going off Facebook, King has stopped taking her phone or computer to meetings when possible, and it’s helped her access better and more unique ideas, she says. Plus, she gives herself the time to exercise, get good sleep and take midday breaks—like heading to a nearby park with just some paper and a pencil.

“That is my ultimate ideal to get some creative juices flowing,” King says. “I feel like time just stops when you’re sitting there.”