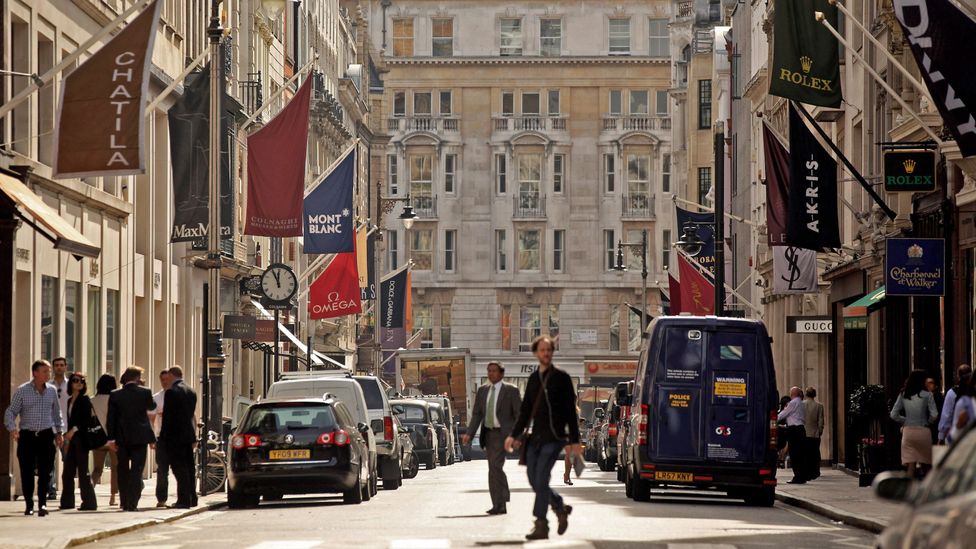 By Maddy Savage 5th May 2017
They say comparison is the thief of joy. In a world where even millionaires don’t consider themselves wealthy, is the key to life satisfaction to simply stop lining ourselves up against others?
I

Imagine having a six-figure income, owning at least one home and sitting on a spare $1 million in investable assets. Surely a sign that you’ve “made it” and are, by global standards, incredibly rich?

A recent survey of affluent US investors by global financial services firm UBS found 70% of people meeting these criteria don’t consider themselves wealthy. Only those with $5 million or more in assets thought they have enough set aside to feel secure about their future, while the majority of the rest feared a single setback could have a major effect on their lifestyle.

So, if millionaires don’t consider themselves wealthy, where does that leave the rest of us? If we’re unlikely to “feel” rich, no matter how much we earn, is it really worth aspiring to get there at all?

Getting off the treadmill

Decades of psychological research has already disproven the idea that money can buy long-term happiness, with one study even suggesting that lottery winners ended up no more satisfied with their lives after a big win. And The New York Times reported in February about a boom in bespoke therapy for billionaires suffering personal struggles. 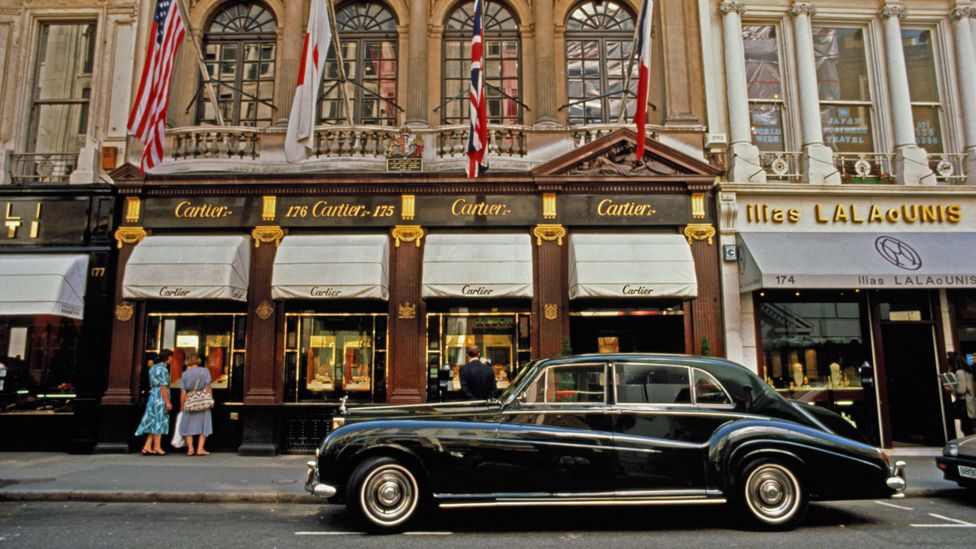 Diminishing returns? Research shows that, as a person's wealth increases, they often reach a stage at which there is no additional increase in satisfaction (Credit: Getty Images)

“As people get wealthier, they are more satisfied to start, but at some stage there is no additional increase in satisfaction,” explains Jolanda Jetten, a professor in social psychology at the University of Queensland in Australia and co-author of The Wealth Paradox.

She says plenty of high earners can’t get off the treadmill, even if they’re aware that their happiness or quality of life has flatlined, because they become too defined by their wealth.

This, she explains, is because rich people, just as the less well-off, make upwards comparisons, rating their income, home, investments or possessions against those of even richer friends and colleagues, rather than the rest of the population.

“The more money you make, the more you also have a need for more money – it’s like an addiction,” she says.

It’s a pattern that’s all too familiar with life and career coaches like Pia Webb, who focuses on guiding top-tier managers in Europe. Even in her home country, Sweden, a social democracy famed for work-life balance rather than excess, she says many still fall victim to benchmarking themselves against those in higher income brackets. 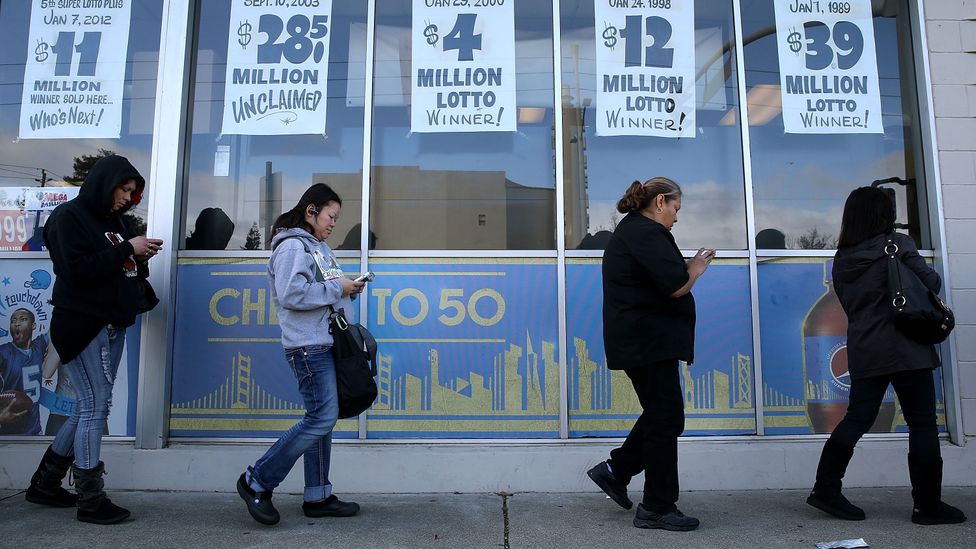 "Mo' money, mo' problems"? A study suggests that lottery winners are no happier after hitting the jackpot – and some are even worse off (Credit: Getty Images)

“Nobody looks up to you because you work a lot in Sweden. But there is still a pressure to keep up with others, to show your wealth in other ways, like going on holidays with your family, having a boat, a summer house,” she says.

Webb asks her clients to reflect on the experiences or items they think they personally need to feel satisfied, rather than striving to keep earning more to match societal or peer-group expectations.

“When it comes to wealth, many people think money is the key. But you don't need much if you can be happy living in the moment,” she argues. Webb, who was much more focused on wealth before experiencing a burnout 10 years ago, now enjoys simple pleasures such as having a sauna, taking a walk in the forest or enjoying time with friends and relatives.

Jetten’s research suggests people living in poverty are already accustomed to finding ways to boost their life satisfaction and well-being, that go beyond money and material possessions. They are more likely to spend time with family and volunteer in the community, for instance.

Wealthier countries are, on average, happier than destitute ones, but after that, the story becomes more complicated

“In developing nations, while much smaller amounts of money can make a huge difference to a person’s lifestyle – helping them move beyond very basic needs – those who don’t have much can also be much less frightened of what they’ve got to lose,” she adds.

Carol Graham, professor in the school of public policy at the University of Maryland, has described the paradox as the “happy peasant and miserable millionaire problem”.

“Wealthier countries are, on average, happier than destitute ones, but after that, the story becomes more complicated,” she wrote in a 2010 paper, with her research which suggesting people in Afghanistan enjoy a level of happiness on a par with Latin Americans.

“Freedom and democracy make people happy, but they matter less when these goods are less common. People can adapt to tremendous adversity and retain their natural cheerfulness, while they can also have virtually everything… and be miserable.” 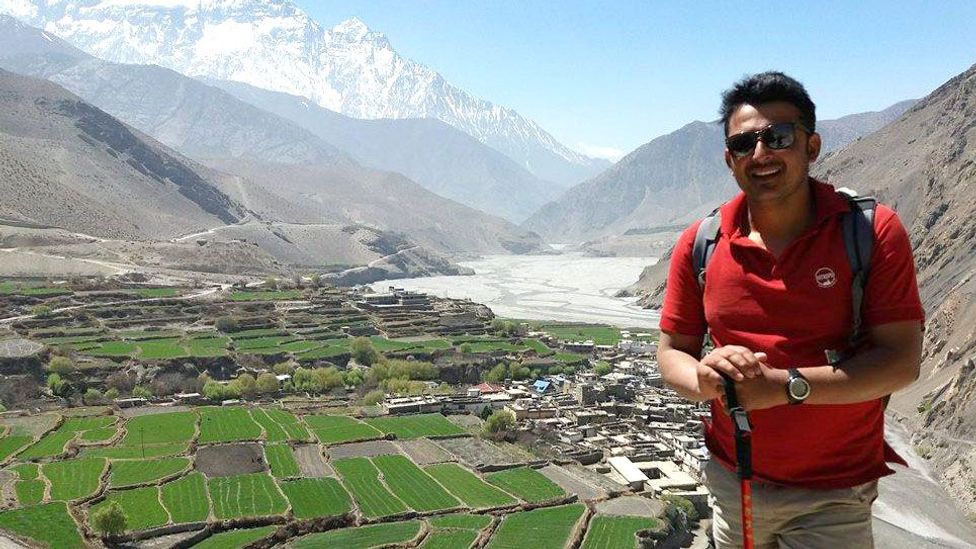 Of course, this doesn’t mean we should in any way conclude that it is better to live closer to the poverty line (in the UN’s latest World Happiness Report, richer countries still dominate the table). But, Graham’s research suggests wealthier people may be more adaptable to negative shifts in their income than they might think. And as Jetten argues, richer people who often to have more idealistic lifestyles, could have a lot to learn from the “banding together and connecting with others” that is more common in poorer groups and societies.

Krishna Prasad Timilsina, a mountain tour guide in Nepal, says he noted high levels of tenacity in the aftermath of the the worst earthquake in his country’s history in 2015. It cost 8,000 lives and left thousands more homeless. Yet by making downwards comparisons, many residents were able to count their blessings.

“In the earthquake a lot of things got destroyed but people were still happy because if they had not lost their family...it could have been a lot worse,” says the 36-year-old.

In fact, while Nepal’s core industry, tourism, took a battering after the tragedy, the country climbed eight spots to be ranked 99 out of 155 nations on the World Happiness Index in 2017, ahead of South Africa, Egypt and even neighbouring India, one of the world’s fastest-growing economies.

However Timilsina doesn’t believe his homeland is completely immune to the kind of upwards comparisons that appear to be stressing out the rest of us.

“In the city, more educated people are more worried about life. My parents have no money but they are more happy than me,” he laughs.

The future of wealth

As research into income and wellbeing becomes increasingly nuanced, growing numbers of experts are also speculating that traditional symbols of wealth – such as owning a car or a house – are set to shift, as millennials in many countries become the first generation to earn relatively less than their parents and struggle to buy homes in tough property markets.

Though frustrating for millennials, “it may mean that this generation will show fewer of the negative effects of wealth such as selfishness, narcissism and a high sense of entitlement,” says Jetten.

This generation may show fewer of the negative effects of wealth such as selfishness, narcissism and a high sense of entitlement

There are even signs that even high-earning young professionals who could choose to invest in stocks or property are instead becoming increasingly focused on making memories instead of money. In the US, since 1987, the share of consumer spending on live experiences and events relative to total consumer expenditure has risen by 70%, according to figures from the US Department of Commerce.

Paris-based American fashion photographer Eileen Cho, 25, for example, grew up in an affluent neighbourhood in Seattle, but describes the idea of earning cash in order to save or invest it in property as “like a jail sentence”.

Despite being offered financial help from her parents, who wanted to help her buy a home, she’s opted to share a 30-square metre rented apartment with her boyfriend instead. 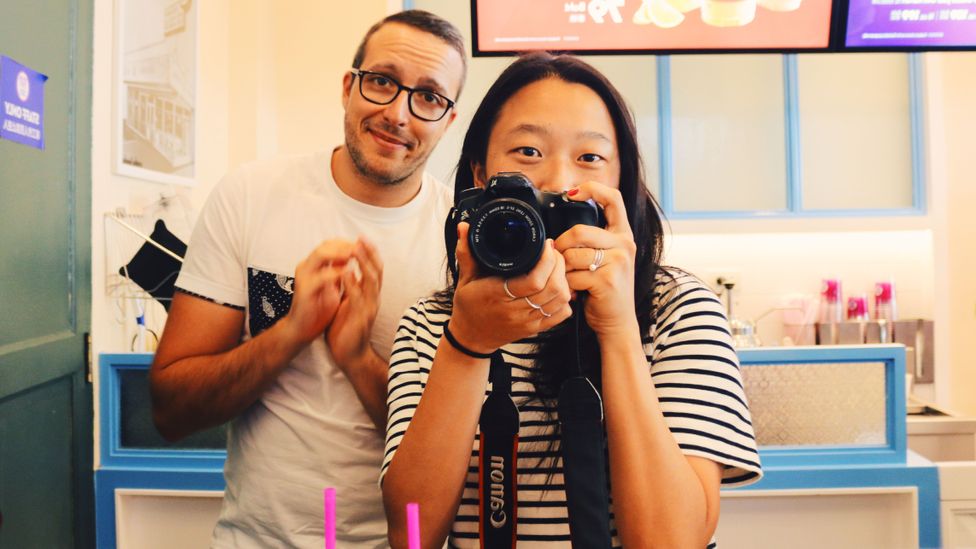 Trips over bricks? Photographer Eileen Cho says buying property can be “like a jail sentence”, and prefers to put money toward travel and experiences (Credit: Eileen Cho)

“For me it’s about experiencing things and being happy. Tomorrow I am off to Spain; my next trip is Marrakech.”

It’s an approach that coach Pia Webb supports, although she argues that young workers should be mindful to avoid travel and other experience-based adventures simply becoming the new norm against which they benchmark their “wealth”.

“Travelling is a great way of learning about other cultures, getting to know yourself and finding your place in the world, but it can also become an addiction. You’re getting hit from experiencing new things - just like when people go shopping for example. But this can mean you’re not so rooted, or you miss out on quality time with family,” she says.

“My best advice is that you need to work out what’s right for you as an individual and learn to be happy with the really small things in life, wherever you are”.