Soaring air pollution is the world’s cities is leading some to seek innovative, and often expensive, solutions in order to breathe a little easier.

Whether enveloped by the thick smog from factories or choked with invisible poisons from vehicle exhausts, many cities around the world are losing the battle against air pollution.

Somewhere between 5.5 million and seven million people die from breathing in the smoke, harmful gases and soot being pumped into the atmosphere. In China and India, the toll of this toxic air is particularly alarming, causing three million deaths in those two countries alone.

This is leading some out-of-breath citizens to go to extraordinary lengths: they are turning to bottled air.

A growing number of companies are compressing and bottling fresh countryside air and selling it online. It sounds like a joke (and it has been in the past) but the idea is to raise awareness and provide people with fresh air – at a price. 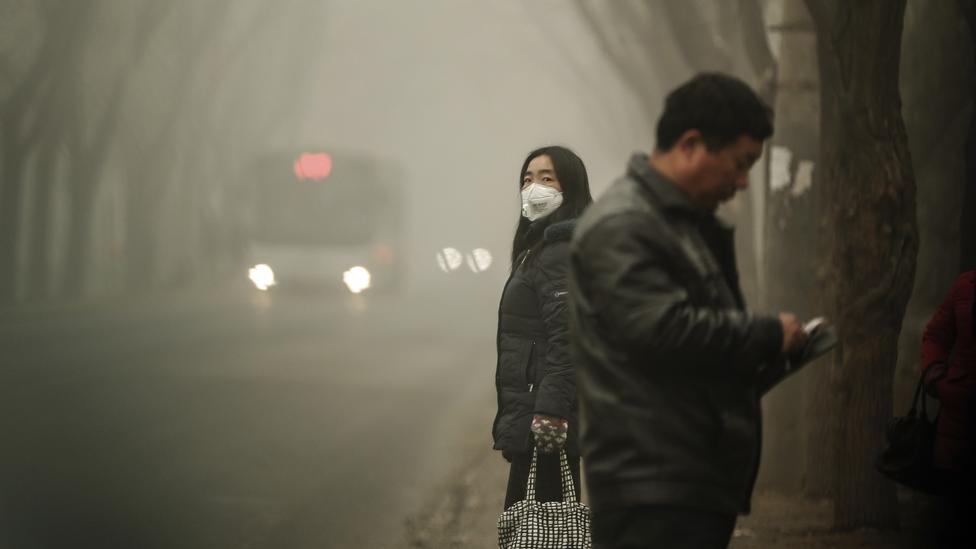 Cities in China and elsewhere in Asia have some of the worst levels of pollution in the world (Credit: Getty Images)

One such company is Vitality, based in Edmonton, Alberta, which collects air from the Canadian Rockies and compresses it into containers.

A single eight-litre bottle of compressed Canadian air – which comes with a specially designed spray cap and mask – holds around 160 breaths and costs C$32 ($24) per bottle.

Lam started the business to sell the canned air as joke gifts, but demand for the product took off in a surprising way

Chief executive Moses Lam started the business to sell the canned air as joke gifts, but demand for the product took off in a surprising way. He says China, India and South Korea have become the company’s principal markets. “Our target markets are places choked with polluted air, and where many people actually pass away prematurely due to pollution.

“Our air is simply an experience that many within China and India will not get to experience,” says Lam.

While Lam says “lots of people purchase our product to use as a gift,” he thinks he’s onto something. “For us, it is definitely a legitimate business. We will be the next bottled water.” 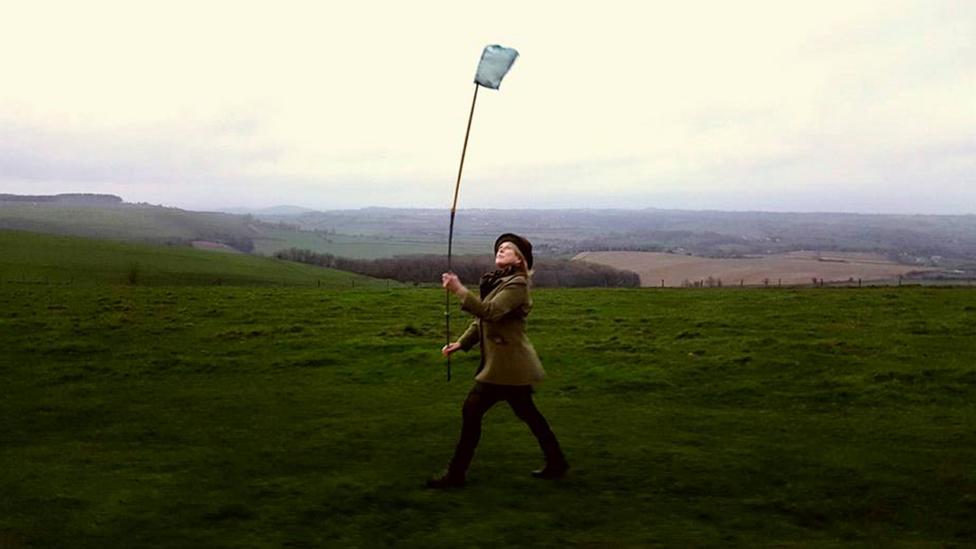 While some of the bottled air trend seems to be tongue-in-cheek, there appears to be a growing market for those looking to sample the air for themselves too.

Vitality is not alone. British firm Aethaer collects air from the UK countryside and sells it for £80 ($103) a jar.

Aethaer founder Leo De Watts began the practice as an “enviro-political artwork”, coining the playful term “air farming” for the method used to capture the air.

Concerned that the scale of global air pollution was hard to comprehend through statistics, he started Aethaer to raise awareness about the issue. The money from the jars of air is reinvested to create cheaper breathing masks.

“[Jars of air] can either be bought for aesthetic reasons or to be inhaled,” says De Watts. “We expect many people [are] buying them as decorative pieces, investments, or gifts.”

He has drawn scorn for selling air, saying critics “feel as though I am a con-artist, cheating people out of their hard earned cash”.

De Watts says the company’s primary market is China, and he doesn’t disclose sales figures. But, he says, “at the end of the day, we are a company selling fresh air to people who can afford it, and anti-pollution facemasks to those who can’t.” 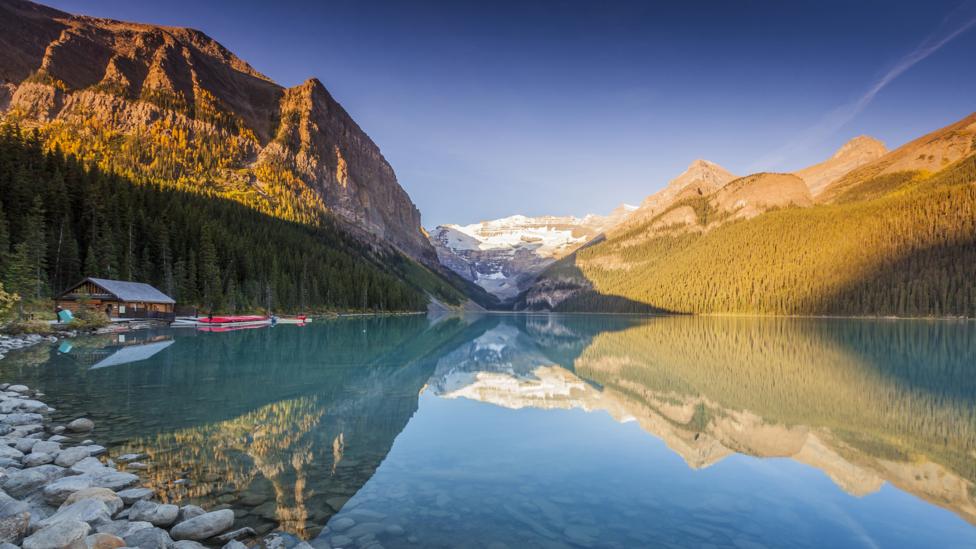 The clean mountain air from Lake Louise in the Canadian Rocky Mountains can seem attractive to those living in polluted cities (Credit: Getty Images)

Unsurprisingly, scientists say there is no evidence or research which shows the upside of bottled air. “This is unlikely to provide any health benefits. Clean air bottles is a gimmick, a waste of money,” says Shawn Aaron, director of the Canadian Respiratory Research Network.

Yet canned or bottled air is not the only way companies are cashing in on pollution. Swedish entrepreneurs Fredrik Kempe and Alexander Hjertström stumbled upon one idea during a trip to Ahmedabad, India.

Hjertström’s long-dormant asthma came back during their trip and their subsequent quest for a quality pollution mask in India led them to start selling their own.

“We started to research the market and to our surprise most of the masks we found were basic and far from perfect in their construction,” says Kempe. “Designs were primitive, reminiscent of the masks worn by dentists or miners – nothing you would want to wear every day.” 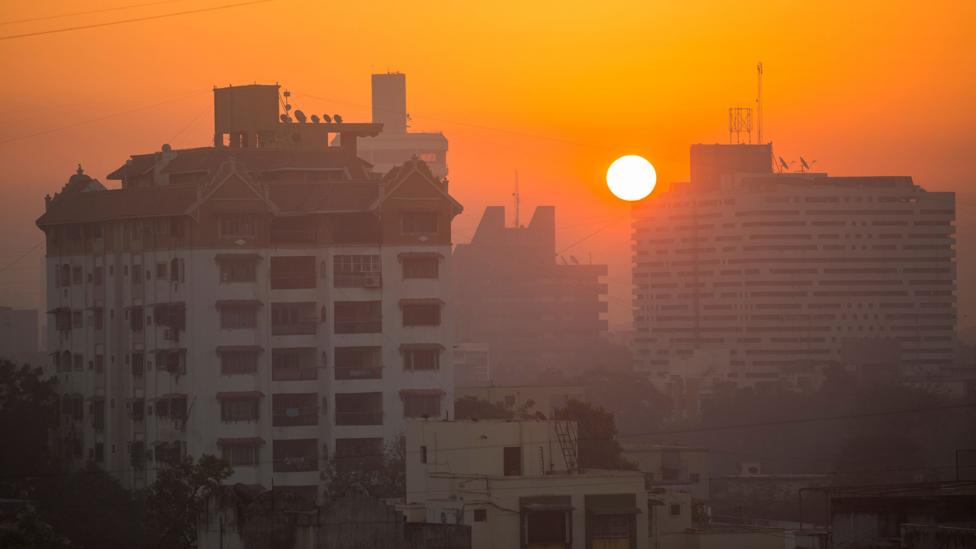 The air pollution in Ahmedabad, India, ignited a health issue – as well as an idea for a business (Credit: Alamy)

The pair launched a company called Airinum, which sells colourful and camouflaged masks in a range of styles for between $66 and $75 apiece. The masks use three separate filter layers that help to keep out the fine particles of pollution found in car exhausts and smog.

Kempe says wearing one of his masks is better for your health than not wearing one. But he is careful not to take the claims too far. The masks, for example, offer little barrier against pollutant gases, such as nitrogen dioxide, that are emitted from car exhausts.

The demand for designer masks is growing. Start-ups like Idealist Innovations in China, Vogmask in the US, and Freka in the UK, offer trendy pollution masks for between $33 and $100. 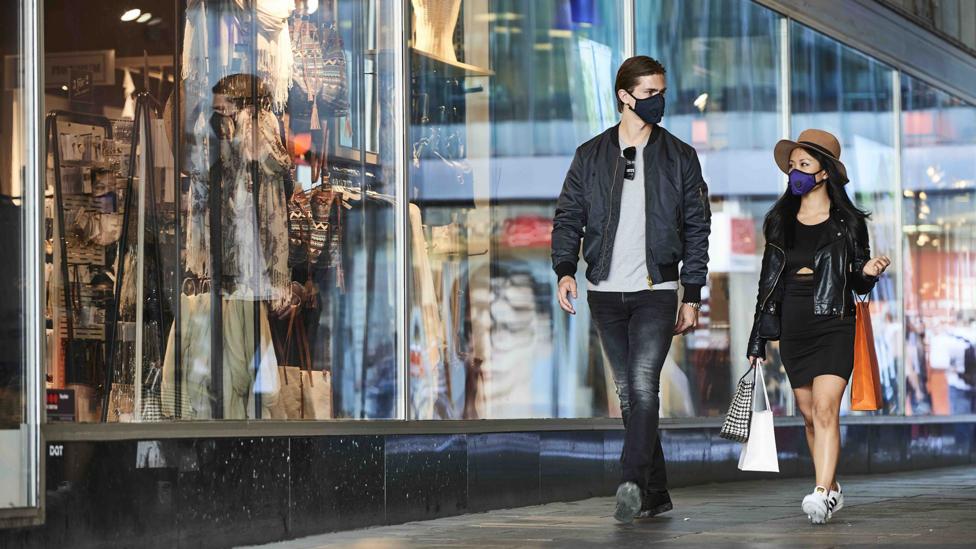 Companies like Airinum are trying to reinvent the face mask as a stylish accessory (Credit: Airinum)

There is some research to support wearing a well-designed facemask to help filter out pollutants, but, these are short-term studies looking at surrogate health outcomes like blood pressure and heart rate variability.

“Masks would have to be used for very long periods to have a big impact on the chronic effects of air pollution,” says Benjamin Barratt, a senior lecturer in air quality science at King's College London, who remains suspicious of these designer products. “Some of the dramatic claims that are made do alarm me.”

Yet, as concerns about air pollution increase, the market for products that protect against its harmful effects is likely to grow. A good example of this is the Air Shield – a baby stroller that circulates filtered air to create a “clean microclimate” inside. It was invented by Dominykas Budinas, an automotive designer from Lithuania, and won second place in the Electrolux Design Lab in 2015.

Budinas drew inspiration from the ventilation systems used in cars for the concept. While it has yet to attract commercial interest, he is eager for it not to be a luxury product.

Yet, for those who can afford it, there are ways of taking at least a few clean breaths.