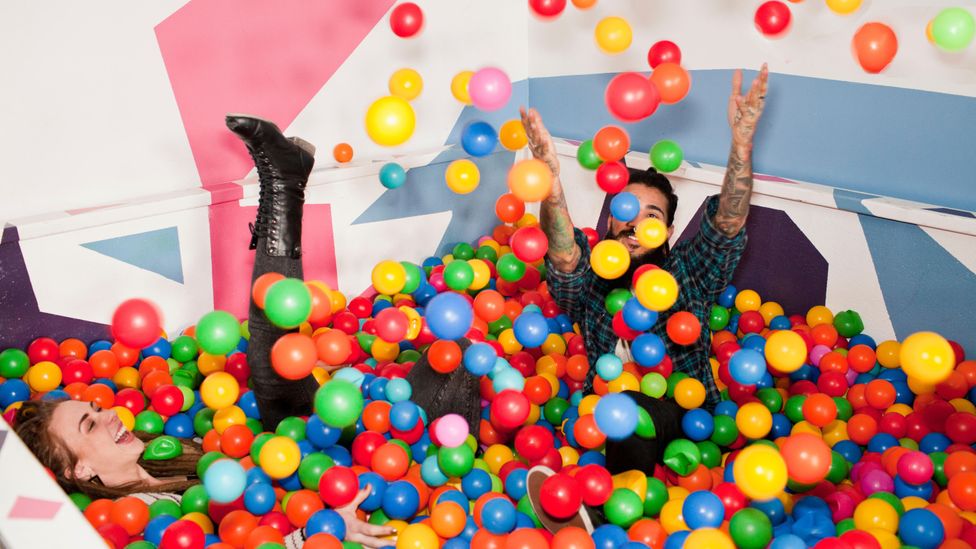 By Cary Cooper, University of Manchester 22nd May 2017

Who are Britain’s happiest workers? The people who staff the London office of US travel tech firm Expedia, according to Glassdoor’s annual workplace satisfaction survey. In both 2016 and 2017, Expedia rated highest for employee satisfaction, according to anonymous reviews from current and past workers.

Reading this Business Insider profile of the “happiest office in London” might make you believe that Expedia’s high level of employee satisfaction is down almost entirely to the office itself and the various on-site perks – which includes table tennis, football, gaming consoles and a cocktail bar. There’s no doubt that this is a very attractive office.

But the survey of the employees shows that Expedia’s people like working there because of the business, not the fancy office. The most positive ratings cite “culture” and “career opportunities”. The physical surroundings barely merit a mention.

In their attempts to be seen as fun, happy places to work, modern businesses are venturing very close to turning their offices into circuses to improve perceptions

This is a trend. Workplace contentment is too often incorrectly attributed to the aesthetics of the office, disregarding more influential factors such as job security or work satisfaction. But since we can’t Instagram job security, it’s the offices that get the credit.

It’s very easy, when profiling a company as Business Insider did, to use their expensively designed office as a metaphor for happy employees. It’s a false narrative. Happy workplaces don’t need beanbags, barbecue stations and ball pits. 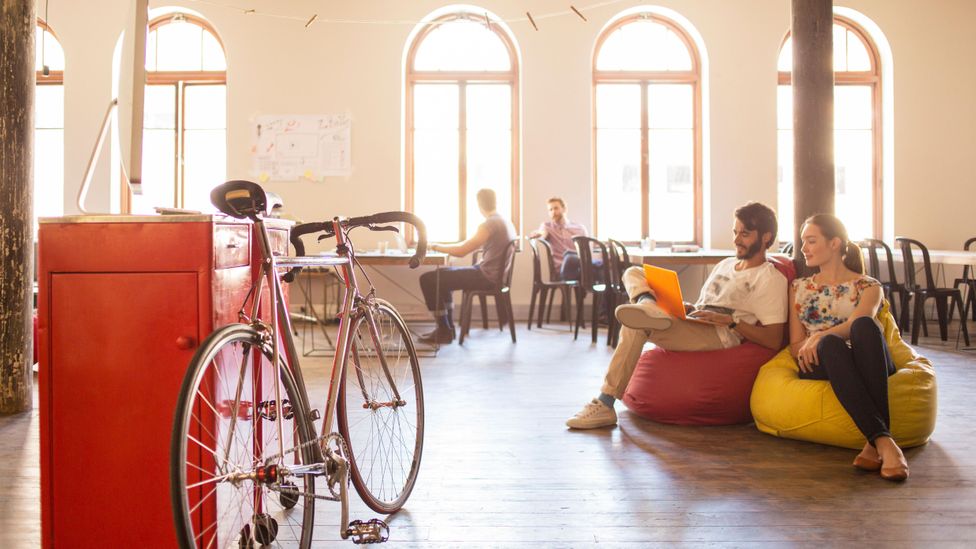 Those are (arguably) nice to have, but they’re not culture. In their attempts to be seen as fun, happy places to work, modern businesses are venturing very close to turning their offices into circuses (or literally in the case of Liverpool, England’s “coolest office”) in order to improve perceptions to potential hires and journalists.

Yes, Expedia is a happy workplace and yes, it has a very nice office. But that’s more likely because companies that invest in creating a nice physical environment are also likely to invest in more meaningful areas of employee contentment too. Expedia offers its people up to $14,000 a year in travel perks, for example.

Happiness is not a hammock

Businesses spend billions of dollars every year trying to make their people happy. But it’s not working. In America, 70% of the workforce are disengaged. Office workers want more than toys and breakout spaces.

Quirky perks can actually annoy office workers. People rarely want to work in a hammock or take a crisis meeting in a ballpit.

In fact, a study I was recently involved with revealed that approval-seeking quirky perks can actually annoy office workers. People rarely want to work in a hammock or take a crisis meeting in a ballpit.

If only employers would listen more they’d realise their people aren’t asking for much. Screen privacy is a big thing for many – 74% of the 1,000 office workers surveyed by in a related study said the feeling that others can see what they’re working on causes them some degree of anxiety. This is an issue that is cheap to fix and which would improve workplace contentment for many. But it’s hardly Instagrammable.

Employee satisfaction is more often derived from simple measures such as investing in high-quality, comfortable furniture and providing refreshments, not the hay bales and hammocks cited by study recipients as being among the most pointless attempts at creating an Instagrammable office. 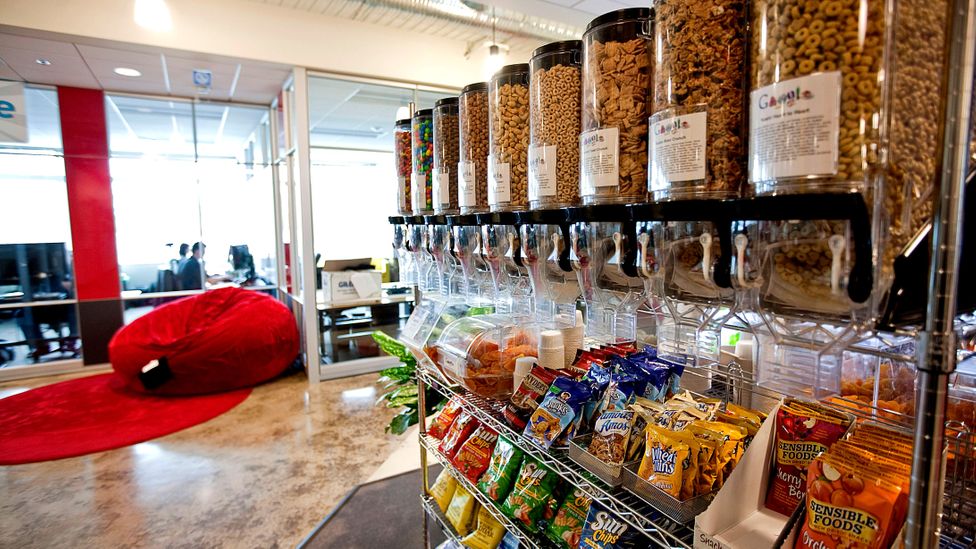 A 2016 Society for Human Resource Management study said it’s pay, prospects, feeling respected and trust that gives the most happiness to employees. Hardly groundbreaking news. Money aside, it’s more about relationships than values, CSR or aesthetics that gets people out of bed on Mondays.

It stands to reason. One of the biggest sources of happiness – in life, not just at work – comes from forging strong and close relationships, according to a study of Harvard’s class of 1980.

So how do companies foster good relations among their people? The obvious answer would be office socials, an open-plan workspace and regular activities, something most modern offices are already investing in. Companies such as Expedia also invest in events which combine training with networking opportunities.

But it might not be that simple. If we’re talking about genuinely strong, meaningful relationships, these are rarely forged in comfortable offices. If you want stable, long-lasting friendships from work, you need to get out of the office altogether.

A survey of 1,000 UK adults conducted in February 2017 found that people who work in highly social environments such as city centre offices with easy access to pubs and bars, or “campus-style” complexes fared worse when it came to relationship building with colleagues than farmers, oil riggers and and night shift workers. In fact, the more antisocial your work environment, the more likely you are to make stronger friendships. 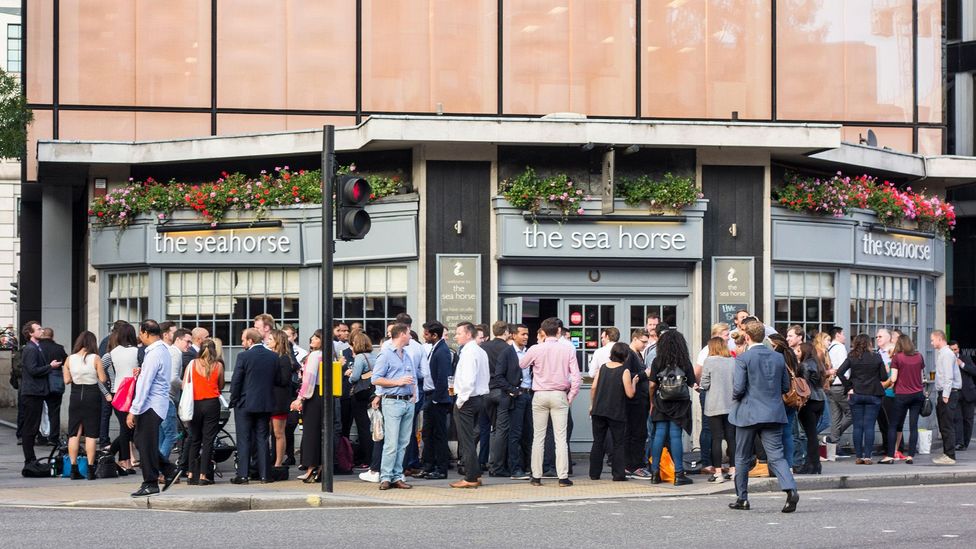 Oddly enough, being able to drink with colleagues every night of the week makes for more superficial relationships (Credit: Alamy)

Workplaces that make it easy for their people to socialise effectively foster a casual attitude to relationship building. Harsher work environments, like those based outdoors, drive people to build stronger relationships.

It’s not necessarily the act of being outdoors that contributes to stronger workplace friendships, but more likely the nature of the work itself. Jobs such as sea fishing, construction and defence require physical teamwork and have an element of danger, which can promote relationship building that transcends the job role in a way that office jobs don’t quite do.

In outdoor roles, there’s stricter selection criteria for socialising when the office drinks option doesn’t exist. People who work on boats, building sites or on night shifts have to make more of an effort to socialise with colleagues, so it’s more likely that when they do socialise, it’s with people they’d choose to socialise with regardless of work relationships.