Fewer people in China are tying the knot – a trend alarming families and worrying the government. Gender inequality is at the heart of this phenomenon, writes Xuan Li.

One of the greatest fears of Chinese parents is coming true: China’s young people are turning away from marriage. The trend is also worrying the government.

After a whole decade of increases in the national marriage rate, China witnessed its second year of decline in the number of newly registered unions in 2015, with a 6.3% drop from 2014 and 9.1% from 2013. This was accompanied by a rise in the age of marriage, which has increased by about a year and a half in the first ten years of this century.

The decline and delay of marriage in China is part of a global trend. The United States, most OECD nations, and Japan, have all undergone a similar process in recent years, as have other major Chinese societies. Hong Kong and Taiwan, for instance, both have much higher ages of first marriage than mainland China.

But in a culture that puts great value on family, parents are alarmed by even the tiniest likelihood that their offspring will remain unmarried and childless. They fear the breaking of family lineage, or that there will be no one to look after their unmarried children when they’re gone. 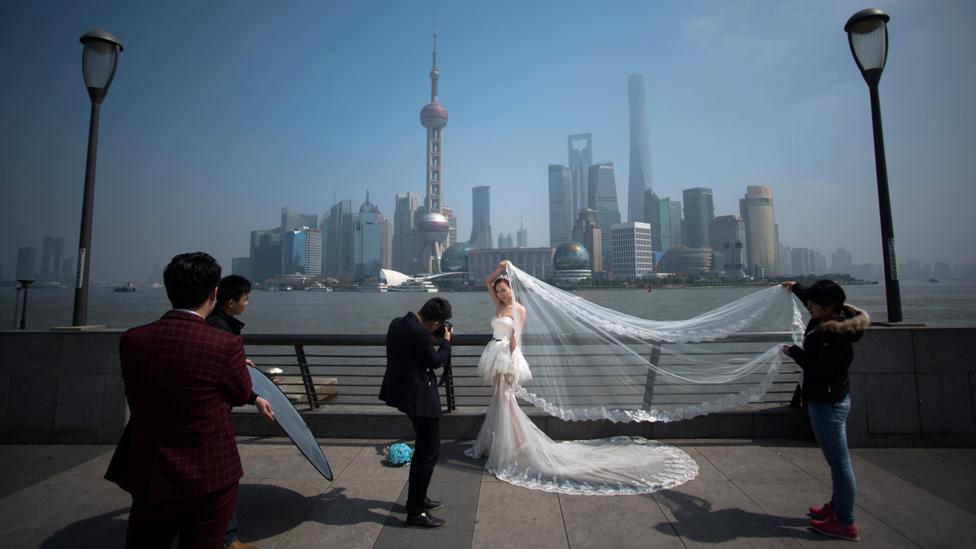 A woman poses for a wedding picture at the Bund in front of the financial district of Pudong in Shanghai (Credit: Getty Images)

While the traditional practice of arranged marriage has been illegal in China since the 1950s, parents remain heavily involved in their children’s marital decisions. Many Chinese parents relentlessly try to persuade their children to enter wedlock through much-dreaded interrogations during festive family gatherings.

Some go to “matchmaking corners” where parents gather to exchange information about their single children and arrange blind dates - often without the knowledge of or against the will of children themselves.

The Chinese government hasn’t sat idly by either. In 2007, the Ministry of Education publicly shamed women who were 27 years or older as “leftover women”, urging them to lower “unrealistic” standards during their search for a partner. While still alive and well in the public discourse to refer to both genders, the term “leftover” has been criticised by scholars and resisted by young women.

In 2016, the government cancelled the extra seven-day honeymoon leave that had been granted to couples who married “late” (older than 25 years for men, and 23 years for women). The hope was that this would spur young people to marry (and eventually, bear children) as soon as possible.

The state is especially worried about the millions of surplus men in China, who were born after the 1970s as a result of gender-selective abortion and are now looking for brides.

The number of these “leftover” men varies depending on the age group, and whether one talks about the current situation or the future. According to state media, it may be 24 million or 33 million.

Typically rural and impoverished, these unwed men – upset “bare branches” who are not able to add offshoots to their family tree – are considered a threat to social stability because of the financial, social and sexual frustration they face.

People’s Daily recently stressed that “leftover” men constitute a more pressing crisis than women in a similar situation, quoting a survey on unmarried rural men that found some of them engage in criminal activities such as gambling, prostitution, and human trafficking. 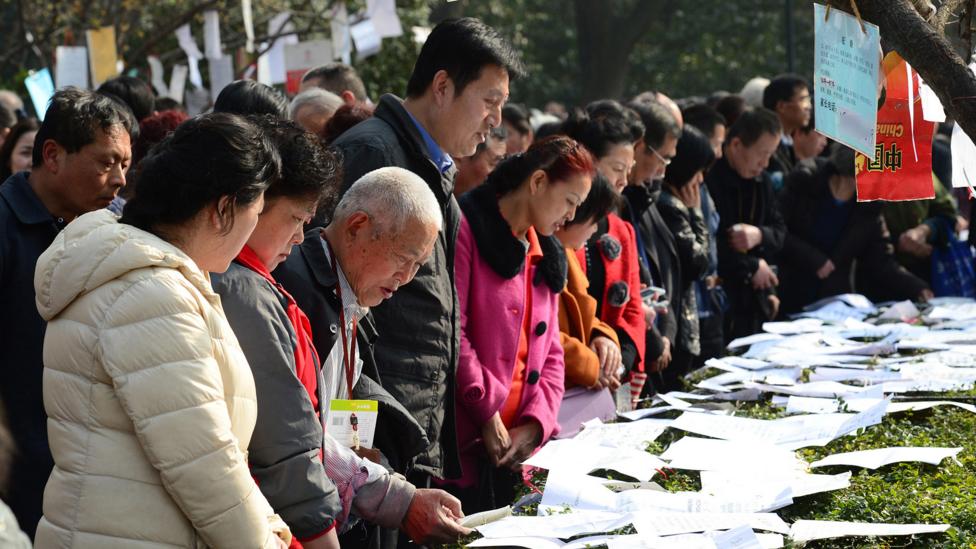 But young people follow their own mind. And while romance and coupledom are much endorsed by both men and women in their 20s and 30s, marriage as a legal institution is no longer a must.

Growing up with more diverse values than previous generations, Chinese youth born in the 1980s and 1990s see options beyond the linear life path leading up to the baby carriage. Many prioritise work over partnership - either willingly or with reluctance.

Government statistics also suggest that more than 85% of both male and female migrant workers – a third of whom are at marrying age – work more than 44 hours a week, which leaves them little time and energy to build relationships. 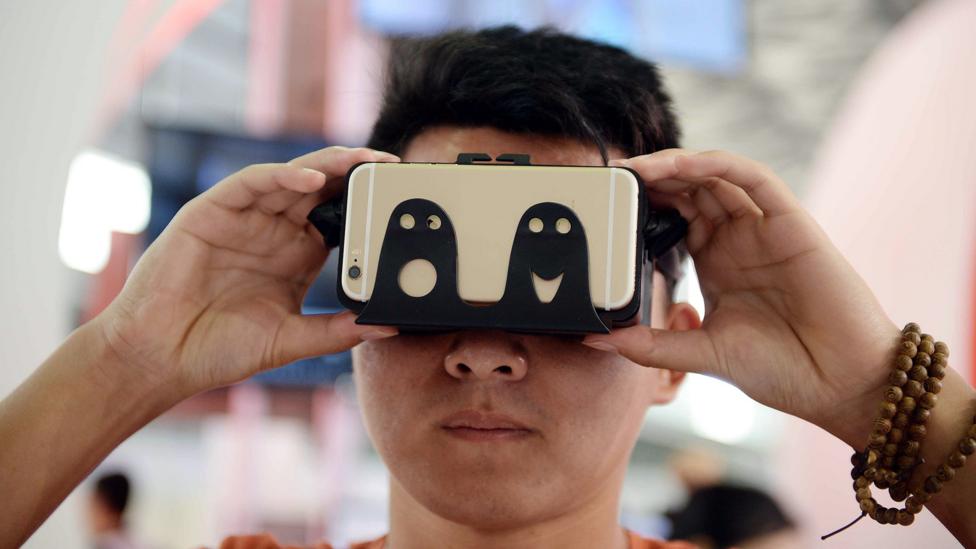 Others are simply exploring alternative lifestyles – with or without a romantic partner. Cohabitation is increasingly commonplace. And thanks to affordable technology, casual sex is also easier to access than ever.

Then, there’s the sea of books, films and television series that portray other ways to live. For young, professional Chinese urbanites who have access to modern entertainment, a cool, an enriched life can well be spouse-free.

Young Chinese women are particularly vocal about the institution of marriage. An advertisement by cosmetic company SK-II, showing young women voicing their protest against parental and social pressure, for instance, went viral in China.

It’s not that single women are uninterested in having a love life – many are actually keen to get married – but too much is at stake. In a country where gender equality has been stalling, if not deteriorating, over the past decade, women face enduring discrimination in education and the workplace. 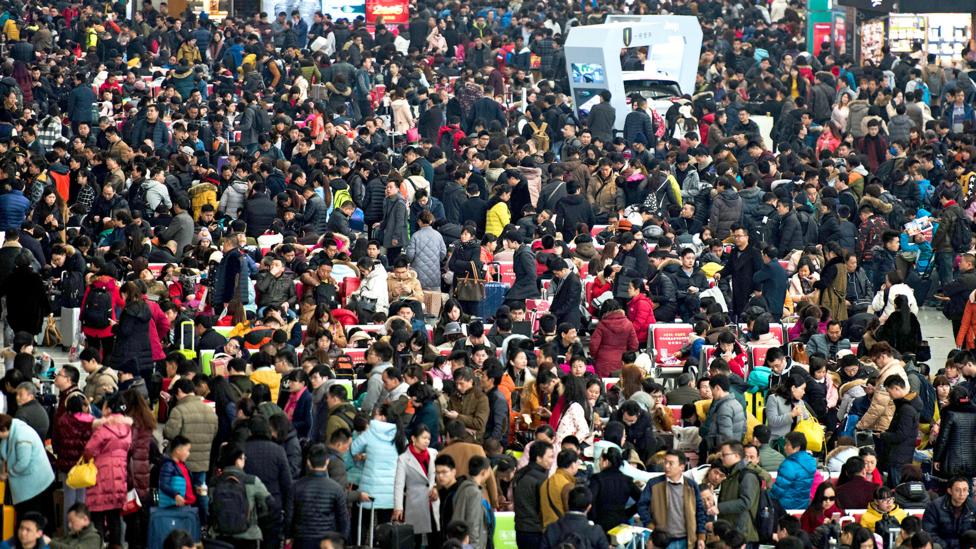 There are already many more men than women looking for a partner in China – and that gap looks set to widen (Credit: Getty Images)

The Chinese government relaxed its one-child policy in October 2015, allowing all couples to have a second child. But the state didn’t take account of the change in welfare policies for families or employers. So the majority of career women said no to the offer out of fear of being further devalued on the job market.

Unlike their counterparts in other countries, Chinese women receive no effective protection from the law in case their marriage dissolves. Knowing that bleak career prospects and a non-existent safety net await them, these women have every reason not to trade their career or personal freedom for a wedding.

Empowered urban Chinese women have a tough choice to make between intimacy and autonomy - but at least they still have a choice. Behind them are their rural sisters, who have much less control over their own fates.

Deprived of educational and social resources by patriarchal tradition and a capitalist economy, rural women have little bargaining power compared to their urban counterparts against unwanted marriages, inequality between spouses, or even violence within or for the sake of marriage.

Chinese state media are certainly aware of marriage decline as a potential social problem, although most of their sympathetic attention has been channelled towards bachelors who cannot exercise their “right” to acquire a wife. Their struggles are vividly depicted, and are often attributed to women’s rising demands for bride wealth (money that the groom’s family pays the bride’s family); the rise in economic disparity; and sometimesto the nation’s skewed gender ratio.

Poverty relief programmes or allowing women to have more than one husband (polyandry) have been suggested as possible solutions to their difficulties.

But there’s no discussion of what could be done for the urban women who might face the glass ceiling at work, or for rural ones who are married but suffering as the result of patriarchal traditions.

A better way to enhance the lure of marriage could start with the underprivileged in Chinese society. That means giving the decision to marry or not back to young people; promoting family-friendly workplace policies; and finally, securing women’s rights.

Xuan Li is an assistant professor of psychology at NYU Shanghai. This article originally appeared on The Conversation, and is republished under a Creative Commons licence.