Loading
Real Estate
In the US, buying streets is a centuries-old trend
Share using EmailShare on TwitterShare on FacebookShare on Linkedin 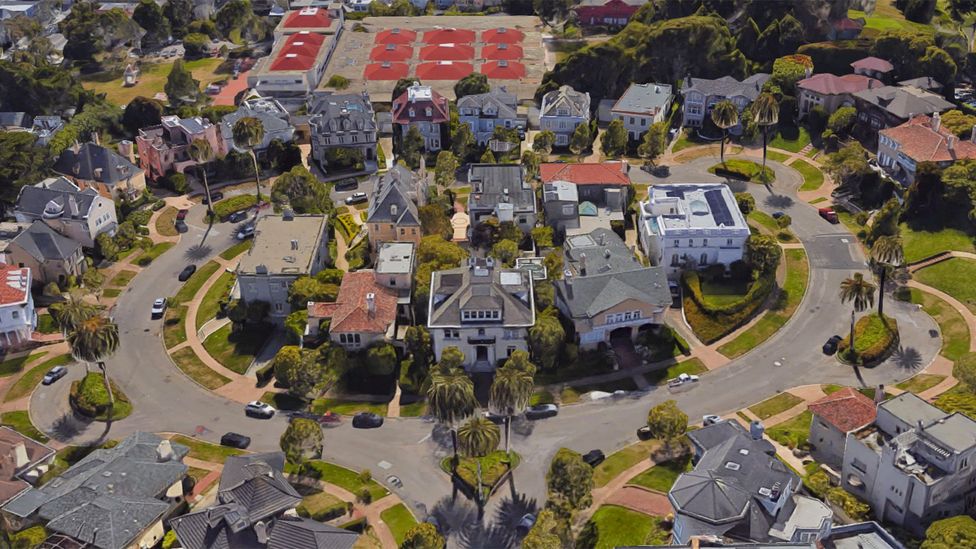 By Eric Barton 9th August 2017
Canny investors have bought an entire San Francisco street – a practice in the US that goes back hundreds of years.
I

It may sound odd that a couple of investors could swoop in and buy a private San Francisco street in an exclusive development for $90,000.

Presidio Terrace, an affluent street in the northwest of the city, is now owned by Tina Lam and Michael Cheng, who snapped up the private road at an auction this week.

Lam and Cheng don’t actually own the houses on the street, just the road and common areas. But the canny pair can now charge the street’s well-heeled residents for access and parking on a piece of prestigious property they assumed they owned.

- How badly do you want to own a home?
- The parking space worth more than your house
- The subtle ways the rich signal wealth

The  most unusual part is that the City of San Francisco sold the street in an online auction to recoup a paltry $944 unpaid tax bill, according to a report in the San Francisco Chronicle.

But – in the US at least – that’s just how it goes in real estate law.

“There’s a variety of ways that property law is odder than what you might think,” says Andres Sawicki, associate professor at the University of Miami School of Law.

But how could the common areas in a street where homes sell for millions go for a relatively small sum? More to the point, how could it be sold at all?

The answer goes back centuries and is a very American approach to an age-old question of the role of government. 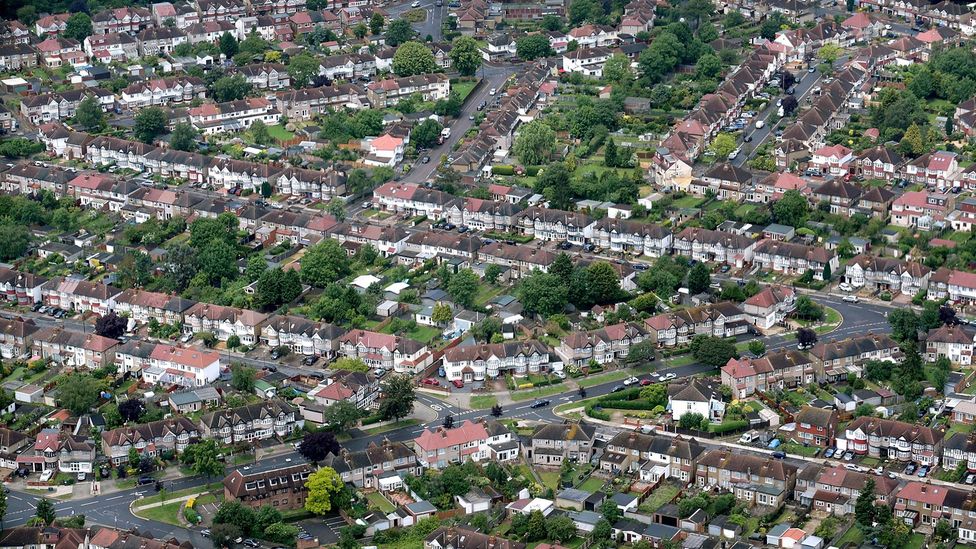 Could property investors be better off looking at what lies beneath? (Credit: Getty Images)

Two decades before Americans dreamed up an idea for independence from Britain, Joseph Basset walked into city hall in New Haven, Connecticut, with what might sound like a terrible idea for the city.

Basset, in 1751, gave his city a fairly worthless strip of old highway he was about to inherit from his father. In exchange, the city awarded him a main thoroughfare in the middle of town.

The exchange was common in colonial America, where cash-strapped cities often didn’t have the money to maintain infrastructure. So they sold off or traded streets for other land to developers who could improve the roads and make money by charging residents to use them.

“There’s always been a very vibrant trade in streets,” says Molly Brady, associate professor of law at the University of Virginia. “It has actually been quite prevalent in the US for a long time.”

Brady came across the Basset example while researching another recent sale of a public street. New Haven, a city of 130,000 overburdened with debt and looking to cut expenses, sold sections of two streets in the city centre of town to Yale University for $3m in June, hoping it would better maintain infrastructure than the city. 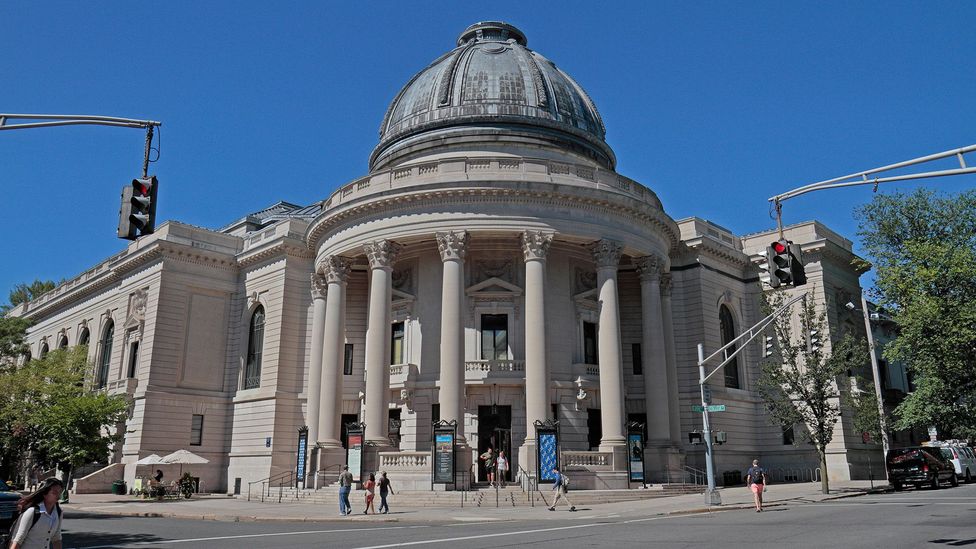 To cut costs, the city of New Haven, Connecticut offloaded parts of its streets to Ivy League university Yale for $3m (Credit: Alamy)

With few known examples elsewhere in the world, this appears to be a very American solution to maintaining public spaces. And, it’s a much more common occurrence than you’d think.

In June the city of Houston, Texas, sold $2m in streets to private companies to help with its budget deficit. Atlanta, Georgia, also plans to hand public streets to a developer. In response to new lenient state gun laws, business owners in a part of Kansas City, Missouri, have proposed making streets private so that they could forbid customers from carrying guns. And President Trump has proposed taking an even bigger step: privatising entire roads, highways, and bridges.

The practice is likely to become even more common, as cash-strapped towns look for ways to raise money

The practice is likely to become more common as cash-strapped towns, especially in America’s economically challenged heartland, look for ways to raise money. The buyers typically don’t have to follow the same regulations as government agencies, meaning they can cut corners, like on street lights and the thickness of asphalt, Brady says.

They can also get creative on how to profit from their investment. In San Francisco, the new owners of Presidio Terrace have proposed selling the property to residents. If that doesn’t work, they’ll be able to charge them or others to park on the street.

In a city where the median home goes for $1.5m and parking is at a premium, Brady says that’s not uncommon. Owners of a street are usually restricted from developing the land and must make at least minimum upkeep. The “nuisance doctrine” in US law means owners of a privately owned street must avoid harming others by letting it degrade to the point where nearby property values decline.

And while the residents and owners of Presidio Terrace have asked the City of San Francisco to void the sale, it’s unlikely the deal will get reversed, says Sawicki.

How did it happen? The city had been sending tax notices since the 1980s to the address it had on file, but residents say they never saw any bills, according to the San Francisco Chronicle. That’s all the city is obliged to do. Under US law it’s up to the property owners to inform the city where bills should be sent and to make sure they’re paid. 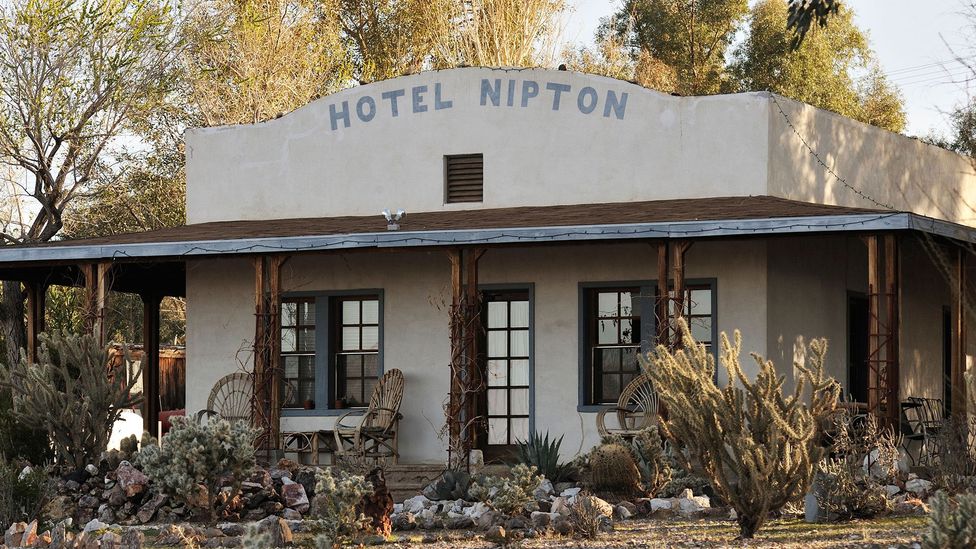 It’s an unusual niche, yet investors are increasingly snapping up roads and sometimes even entire towns as long-term investments, says Andrew Feldman, a property broker with Triplemint in New York City.

In 2012, the self-styled tiniest town in the US, Buford, Wyoming, sold to a Vietnamese investor for $900,000. A couple in 2010 bought the tiny town of Wauconda, in Washington State, for $360,000. And a company spent $5m for the town of Nipton, California, in the hopes of turning it into a centre for marijuana production.

An investment in an entire city or just individual streets typically pays off if there’s a clear way to cash in, Feldman says. For example, they could build a factory that will sit at the end of the roadway they just purchased, or simply set up a toll booth and charge anyone who might live on the other end.

“There is an opportunity out there when dealing with a town that has made bad decisions,” Feldman says.

“There are towns across the US ready for people to come in and bring money and buy up streets, or even the entire city.”